When it comes to archaeological mysteries, the spotlight tends to shine on popular cases that have been circulating for decades. Stonehenge, the Sphinx, and the Nazca Lines remain highly read subjects. Sometimes a new mystery makes a media splash, but most fall through the cracks, perpetuating the notion that great enigmas do not surface as often as they used to. However, the latest technologies and research techniques are uncovering great mysteries at an unprecedented rate. Ruins and riddles, strange migrations, and out-of-place artifacts, even massive megaliths that defy all knowledge are just some of the best new archaeological puzzles. 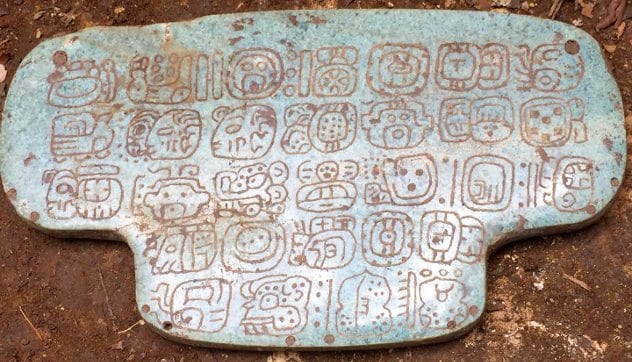 In southern Belize, excavations at Nim Li Punit found a jade artifact. The 2015 find turned out to be an exceptionally rare and out-of-place pendant. Measuring 7.4 inches wide and 4.1 inches long (18.8 cm x 10.4 cm), the necklace was T-shaped and curiously, was discovered inside a platform with the same form. Thirty hieroglyphs describe its purpose and owner, making it the only pendant discovered with a historical account.

It belonged to King Janaab’ Ohl K’inich and was worn on his chest during important weather rituals. What it was doing at an outpost far removed from all Mayan cities, remains a mystery. Furthermore, it named his parents and possible links with faraway Caracol, a powerful city. The jade itself was mined from Guatemala, revealing political and trading relationships never before credited to Nim Li Punit. The king’s presence there was unusual. Even more so was that of the pendant and its odd burial, not with its royal master, but with other objects around A.D. 800 in what may have been a desperate offering to the Mayan wind god, during a time when their civilization was collapsing. 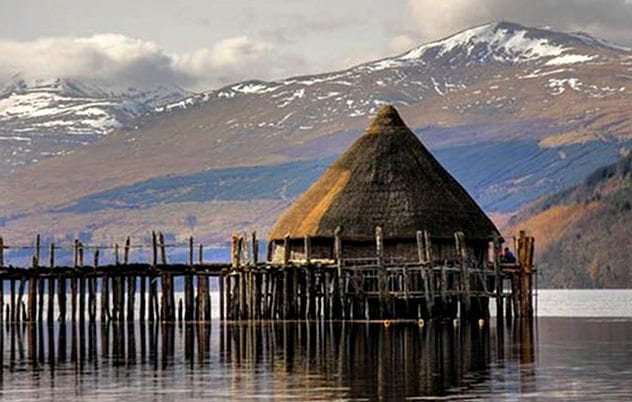 The Welsh town of Monmouth is famous for archaeological discoveries. In 2012, researchers found something that mystified them. Near the edge of an ancient lake rested the foundations of a huge structure. Three mammoth timbers—whole trees cut in half lengthwise—left clay impressions long after they disintegrated. At one time, they measured over three feet wide and 50 feet long (1 m by 15 m). They were by far too large to be sleeper beams for the foundations of a house, and they lined up with the center of the lake. This suggested that they once supported a huge bridge leading to a crannog, an artificial island.

Nothing else like it exists anywhere in Europe. Nobody is sure when it was built, either. The only clue came from what was found in the older archaeological layers underneath the beams. Pre-dating the mysterious foundations, was a Bronze Age hearth around 4,000 years old. Unfortunately, this only provides a rough estimate of its earliest age. Despite the speculations that the strange structure was a bridge, archaeologists do not really know what once stood next to the lake.

8Buildings with No History 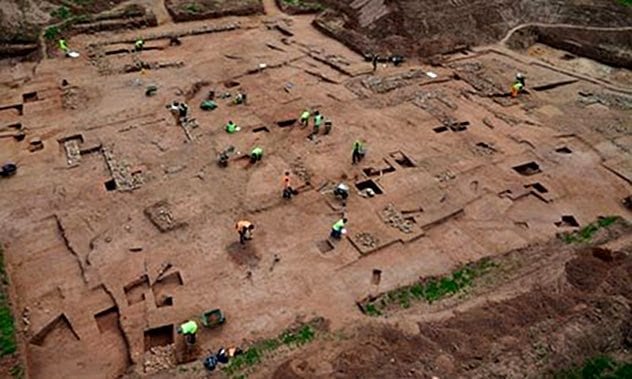 While it is not odd to find ancient architecture with no history, one location was a surprise. In Somerset, another case of mysterious foundations came to light. Only this time, the scale was breathtaking. During medieval times, the site would have been home to an impressive group of buildings. The complex, occupied for 200 years between the 12th-14th centuries, consisted of a vast area where courtyards were surrounded by stone structures.

The buildings themselves would have been commanding and decorated with floor and roof tiles of exquisite craftsmanship. Some of the recovered tiles resembled those from Glastonbury Abbey. Since the ruins are not far away and richly decorated, it is plausible that this was also some sort of religious center. Thousands of monasteries were disbanded and their material confiscated for other building projects, but the Somerset complex, discovered in 2013, vanished long before that era. It is extremely rare for a site of this size and significance to be erased from the land, history, and human memory. 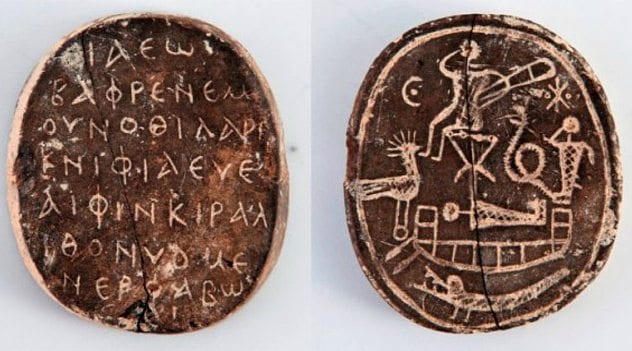 An amulet found in Cyprus, in 2011, once comforted an owner who believed in its powers of protection. The artifact is around 1,500 years old and 1.4 inches by 1.6 inches (34.9mm by 41.2mm). On one side is a palindrome written in Greek. This is where a line of letters can be read the same way backward and forwards.

Several Egyptian figures are on the other side. A mummy on a boat is most likely the god Osiris. The god of silence, Harpocrates, sits on a chair. As expected, his right hand is near his lips showing the eternal gesture of seeking quiet. In front of him is the dog-headed Cynocephalus. This is a known scene in Egyptian art. However, things do not quite follow convention. Usually, Cynocephalus’s paws would be raised in worship of Harpocrates, but on the amulet, he mimics the god’s hand sign for silence. Both bear lines resembling bandages as if they, too, are mummies. This is unheard of for Harpocrates who should also have been seated on a lotus, not a stool. Beyond guessing that the creator did not have a good grasp on Egyptian mythology, it remains a puzzling scene.

The medieval church of Grey Friars was rediscovered in 2012, along with the skeleton of the missing King Richard III, beneath a parking lot in Leicester, England. A year later four more graves turned up. Since it was a monastery, everyone expected to find a few friars or knights.

A few feet away from the king, an ornate lead coffin produced a woman instead. She was elderly, passed away before Richard during the 13th-14th century, and showed signs of high status. Her casket was inside a stone sarcophagus near the high altar. Two middle-aged women in wooden coffins rested in the choir area of the ruins, where the king himself was buried. A fourth female was found in a pit. None of their identities are known. The gender ratio is also surprising. Male burials outstrip females’ in most monastic graveyards in England, up to 20 men for every woman. It is estimated that there are many more graves, but a clear answer will not be forthcoming since most are beneath modern housing. 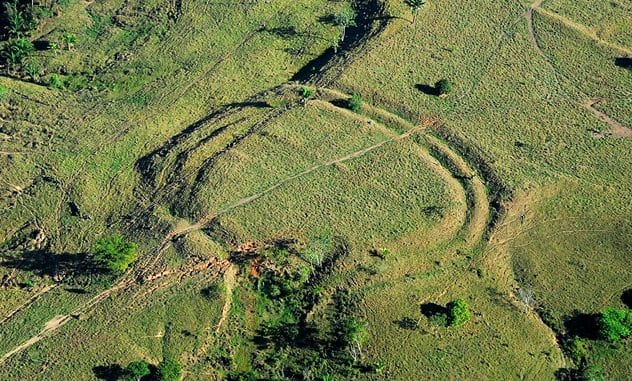 In one area of the Amazonian rainforest, deforestation revealed what had been hidden by the thick tree canopy. Scattered over an area of 13,000 square miles (33,670 square km) are over 450 gigantic geoglyphs. The geometrical structures are baffling. The sheer number meant the purpose behind their construction was an important one. However, it is hard to even hazard a guess to what they were used for.

Located in the western Brazilian Amazon, the enclosures do not appear to fit the requirements for villages or primitive forts. Villages would have left more artifacts behind, and only a small number were found at the geoglyph sites. Fortifications would have had a different layout. Research produced fascinating behavior from the indigenous builders. It would appear that 2,000 years ago they practiced temporary deforestation in order to create their unusual earthworks. Unlike today, the locals did not indiscriminately clear trees to create a clearing, but only took valuable species, in this case, palms. The geoglyphs showed signs of periodic visits, indicating that they were perhaps used by the ancients as gathering points. 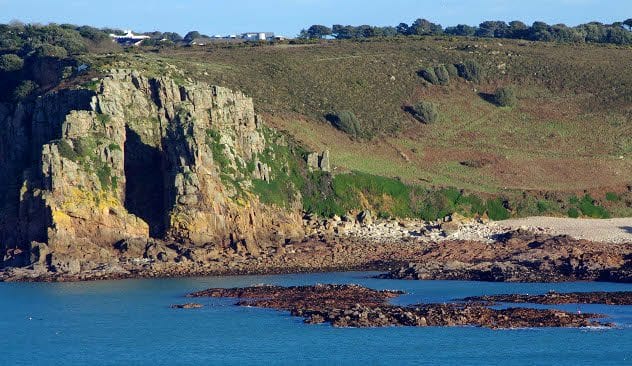 For thousands of years and countless generations, Neanderthals kept returning to one place. The cave, La Cotte de St Brelade, can be found on the coast of Jersey. From 180,000 to 40,000 years ago, Neanderthals made epic migrations to visit La Cotte and archaeologists are not sure why. Recent examinations of the granite cave could not reveal why the site was such an attractive lure that lasted for millennia.

However, the team was able to recreate the routes traveled by Neanderthals, and that was when it became clear just how dedicated the ancient hominids were to reach La Cotte. They traveled far, through changing times, landscapes, and weather that included Ice Ages. This was determined by studying the tools and mammoth bones found at the La Cotte and matching them, especially the stone artifacts, to where they were sourced, made, and transported from. Many of these routes now rest beneath the English Channel. While it is likely that shelter had something to do with the persistent returns, it could not have been the only reason. What that elusive reason was, however, remains to be seen. 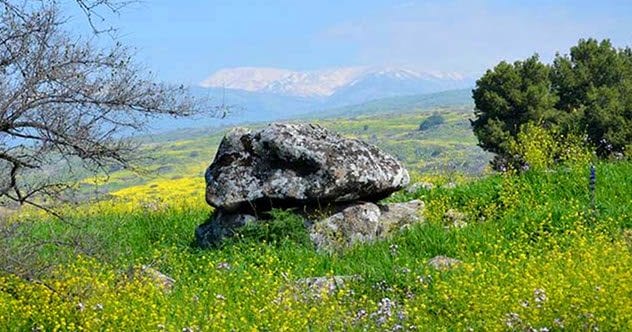 When archaeologists explored a dolmen field in Israel, they found something extraordinary. Dolmens are stone tombs roughly resembling a table. At Kibbutz Shamir in Galilee, over 400 dot the landscape. Recently, a unique dolmen separated from the crowd. Like the others, the 4,000-year-old wonder is table-shaped but there the similarities end. It is enormous. A man can comfortably stand inside the chamber, and the top stone weighs around fifty tons, making it one of the biggest dolmen covers in the Middle East.

Most interesting is what is engraved on the ceiling of the chamber. To say that researchers were shocked to find rock art is an understatement. No dolmen in the Middle East holds that honor. Fifteen engravings, created with straight lines, arc across the surface. Nor is it a stand-alone affair. Another first for the Middle East, four smaller dolmens stand near its foot, and all five structures are enclosed with a stone ring that is 20 yards (18 m) in diameter and weighs at least 400 tons. How such a monumental dolmen was built, and the purpose of the megaliths in Israel, in general, remains one of the country’s greatest enigmas. 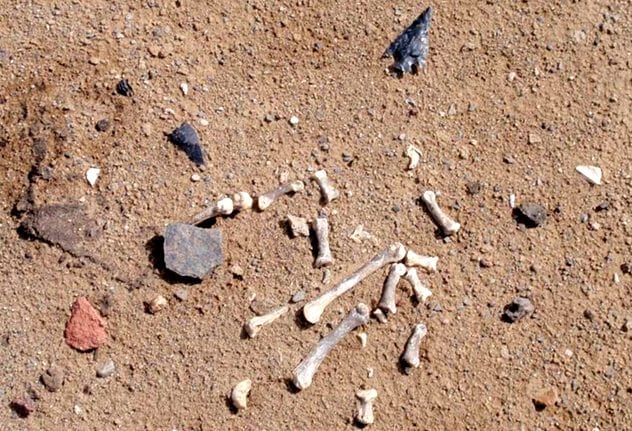 An 800-year-old campsite in Oregon does not fit with what is known about the Numic-speaking peoples. These early groups influenced the modern Northern Paiute and Shoshone. Found in 2014, some artifacts at Skull Creek Dunes were recognizable but unexpected. Pottery known as Shoshone Ware was way too young for the site. The distinctive fingernail-marked ceramics were thought to be created only from the 1400s to 1800s. Radiocarbon dating of three charcoal samples returned with three different years—847, 927, and 1242, all pre-dating the Shoshone Ware samples at the camp and the surrounding areas.

Conventional wisdom holds that the first Numic speakers settled eastern Oregon about 600 years ago, two centuries after the artifacts were used at Skull Creek. Normally, ancient Shoshone camps also feature trademark arrowheads which are absent from the odd site. One possibility is that the distinctive projectiles were not their own invention, but one they adopted at a later stage from a different group. No strong theory exists to explain the pottery. The contradiction could mean that anthropologists do not yet own the full history of the prehistoric Numic peoples. 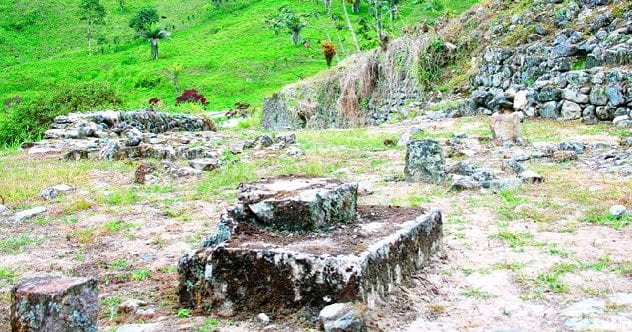 Historian Tamara Estupiñan’s obsession with ancient economic texts led her to a 400-year-old book. While studying its 4000 pages, she found the will of the son of Atahualpa. The last Inca ruler was famously strangled in 1532 by the Spanish before a ransom could be paid. Atahualpa’s body and the ransom, a priceless hoard, disappeared.

Years later, her research on one of Atahualpa’s generals, Rumiñahui, made a connection. He was said to be involved in hiding the treasure and met with other Incan officials in Sigchos. Wondering why important individuals would converge in remote Ecuador, she returned to the will. Remarkably, it showed that Sigchos was once Atahualpa’s property. More telling was a location nearby called Malqui, meaning the mummy of an Inca ruler. Another place name, Machay, meant “final resting place.” In 2010, she went there to look for Atahualpa’s remains and instead discovered new Inca ruins. The discovery did not wholly convince scholars that Atahualpa’s body rests there. It will take more investigations to understand the purpose of the spectacular Inca complex which was probably a religious or governmental center.

10 Intriguing Mysteries Lurking Beneath The Ocean