We’ve already covered lesser-known members of the Kim family dynasty. There are plenty of higher-ups in North Korea who aren’t part of that bloodline, though. You might be surprised at how many you’ve seen tailing Kim Jong Un during public appearances or representing North Korea at international events. Ever wondered who those people are and what they do? Well, we’re going to tell you. 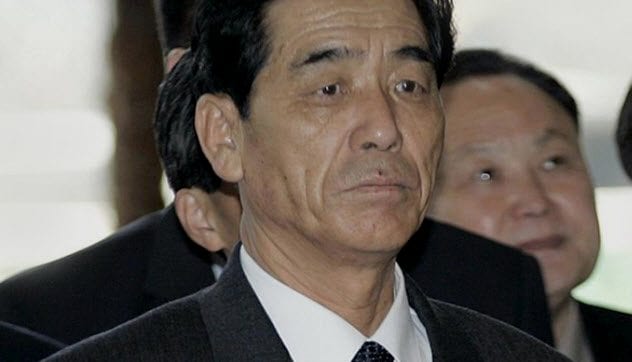 His departure was typically guarded, with news first breaking 11 months after his last public appearance. It’s been suggested that his favoring of foreign ideas for economic development over traditional North Korean ones eventually led to his replacement. Nevertheless, he was reappointed in 2013 as premier and was elected to the Politburo (the leaders of the Workers’ Party of Korea, chaired by Kim Jong Un).

As part of the celebrations for the 105th anniversary of Kim Il Sung’s birth, Ryomyong Street, consisting of 20 new multistory buildings, was opened. It was an amazing achievement considering that construction purportedly took less than a year.

Pak Pong Ju was the main speaker at the event. He stated that the street’s opening was “a very significant, great event, more powerful than the explosion of hundreds of nuclear bombs on the top of the enemies’ heads.” 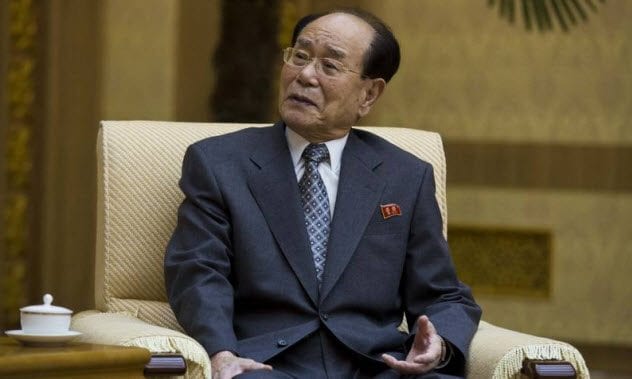 Not to be confused with Kim Jong Nam (Kim Jong Un’s half-brother who was poisoned at Kuala Lumpur Airport), Kim Yong Nam has been in office since 1998, serving as the president of the Presidium of the Supreme People’s Assembly of North Korea. His title means that he is the nominal head of state and seemingly second in terms of power only to the Supreme Leader Kim Jong Un.

The Supreme People’s Assembly is the primary legislative body in North Korea, consisting of one deputy for each of the country’s 687 constituencies. It is largely toothless and delegates most of its power, bar for a few days a year, to the elite few that make up the Presidium.

You may have seen Kim Yong Nam greeting heads of state as they arrive for visits to North Korea. No doubt this forms his greatest media exposure to the outside world, albeit with most people clueless about who he is. He also attended the 2008 Summer Olympics’ opening ceremony and the 2014 Winter Olympics’ opening ceremony as the primary state representative for North Korea. 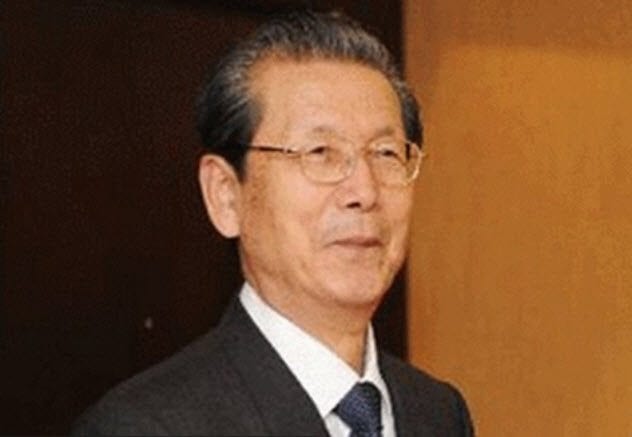 Choe Thae Bok’s influence over North Korea has diminished slightly under Kim Jong Un. However, under the previous regime, Choe was one of Kim Jong Il’s most trusted advisers. Choe was one of eight people who walked alongside Kim Jong Il’s hearse during his funeral procession on December 28, 2011—a clear sign of Choe’s importance in the North Korean hierarchy at that time.

Choe remains chairman of the Supreme People’s Assembly (a position he’s held since 1998) and a member of the Politburo of the Workers’ Party of Korea. Now in his eighties, Choe’s somewhat crumbling presence in North Korean politics is likely due to his age.

In February 2017, Choe visited Iran to attend a conference in support of Palestine. He also made clear his desire to strengthen diplomatic and economic ties with Iran while expressing uniform displeasure over “interventions in independent countries” by the United States.

His role in North Korean foreign affairs is long-standing. Choe played a large role in the expansion of economic ties between North Korea and Mongolia in 2012, allowing for increased trade of oil, coal, copper, gold, and uranium. 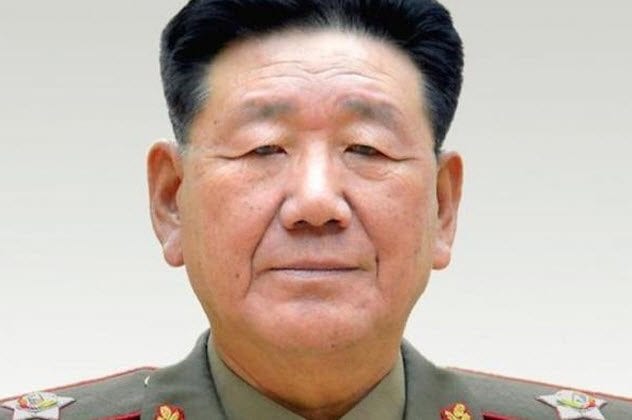 As director of the KPA General Political Bureau, Hwang Pyong So has the most senior role in the North Korean army, behind only the Supreme Commander Kim Jong Un. Hwang has long-standing ties with the Kim family, having maintained friendships with both Kim Jong Un’s mother and aunt (with whom he was a university classmate).

His career during Kim Jong Un’s reign has been highlighted by several significant promotions. In 2014, Hwang became a vice marshal and was given the rank of four-star general.

He was also appointed a member of the Politburo Standing Committee in 2016—a select group of five, including Kim Jong Un, who decides issues when the larger Politburo is not in session. Furthermore, Hwang is the highest-ranking vice chairman in the State Affairs Commission, which is described in the North Korean constitution as the “supreme policy-oriented body of State power.”

In 2017, Hwang was seen on state television delivering a speech in response to the US moving warships to the Korean Peninsula. Hwang warned that North Korea would “wipe them out without a trace if they attempt to launch a war of aggression.” 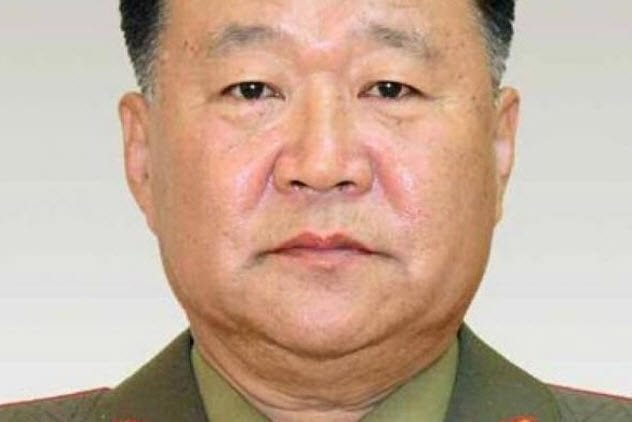 Choe Ryong Hae has become one of North Korea’s most powerful figures during Kim Jong Un’s reign. It’s believed that Choe was a key supporter of the current Supreme Leader during the early days of power consolidation following Kim Jong Il’s death.

Choe has been rewarded for his loyalty with a plethora of promotions, including becoming a vice marshal, a member of the Politburo Presidium of the Workers’ Party of Korea Central Committee, vice chairman of the Central Military Commission, member of the National Defense Commission, and director of the Korean People’s Army General Political Bureau (now held by Hwang Pyong So). It’s safe to say that Kim Jong Un has shown a lot of faith in Choe.

However, it appears that their relationship hit a bumpy patch in 2014. Choe disappeared, and it was later reported that he was being interrogated in jail. At first, his incarceration was rumored to be due to his role in the poor construction of a power plant.

Popular belief has since shifted toward his punishment being the result of his son watching prohibited South Korean soap operas. Since his reappearance in public, Choe has walked with a limp, suggesting that reports of him being imprisoned and interrogated are correct. 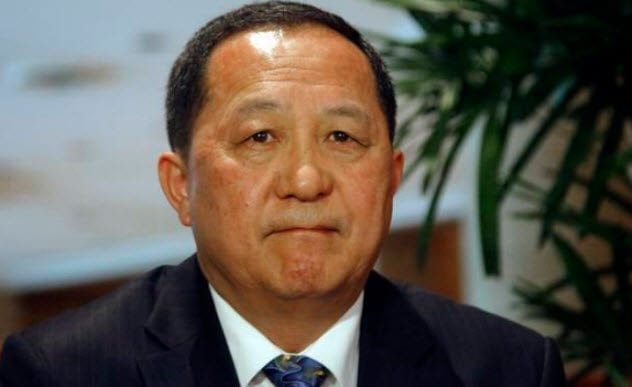 Ri Yong Ho has served as an ambassador for North Korea in several European countries, including the United Kingdom from 2003 to 2007. He was elected to his current role as Minister of Foreign Affairs in May 2016. He is not to be confused with another prominent Ri Yong Ho, a former North Korean vice marshal who disappeared in 2012 and has presumably been executed.

Ri has built a reputation as a talented negotiator, particularly with Western countries, and is most known for being North Korea’s lead negotiator during the six-party talks. The five other countries included China, Japan, Russia, South Korea, and the United States.

The talks resulted from North Korea’s withdrawal from the Nuclear Nonproliferation Treaty, which has as its primary goal the complete nuclear disarmament of every country in the world. In 2007, after four years of stalemate, progress in the negotiations was finally made. North Korea agreed to close its nuclear facilities on the condition that both the United States and Japan make a conscious effort to improve their relations with North Korea and give fuel aid.

At the time, it appeared to be a monumental achievement by Western powers toward defanging North Korea. However, all remnants of progress were obliterated in 2009 after North Korea launched a satellite into the atmosphere.

It was a move greatly criticized by both the United States and the United Nations. They believed that some technology present in the satellite was a test for its incorporation into a future intercontinental ballistic missile. On April 14, 2009, North Korea responded to the criticism, declaring that it would no longer take part in the six-party talks and must resume its nuclear enrichment program to deter international threats.

Although Ri Yong Ho’s most notable work has ultimately proved fruitless, he remains North Korea’s most significant negotiator with the United States in the 21st century. 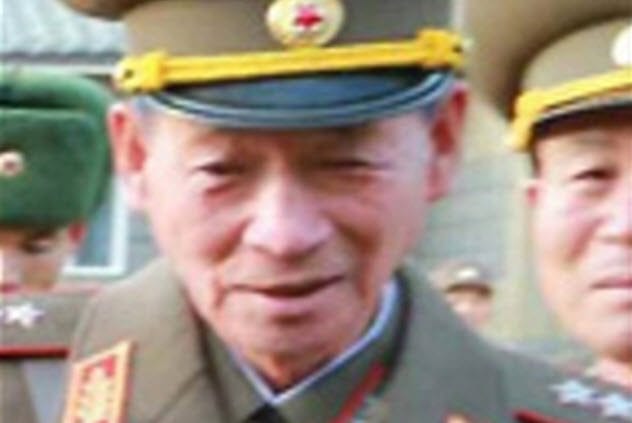 The size of the unit, estimated to be between 95,000 and 120,000 soldiers strong, is greater than the Roman Praetorian Guard or almost any imperial guard forces. Therefore, not only does Yun Jong Rin have the incredible responsibility to keep the Supreme Leader safe but he also is responsible for a huge chunk of North Korea’s most elite fighters.

Yun Jong Rin has also been the subject of much speculation about his current status within the Kim regime, making sporadic public appearances. It’s believed that his friendship with Kim Jong Un’s uncle, who was executed in 2013 for treachery, may have led to his own purging. However, it’s just as possible that Yun might turn up at a public event in the future with a few more stars on his uniform and no explanation. 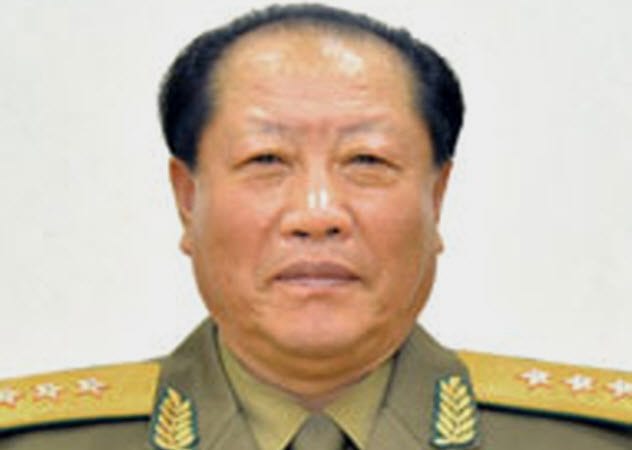 The Ministry of People’s Security is one of the main law enforcement agencies in North Korea, constantly keeping its ear to the ground and gathering information on any and all people, however possible, to get rid of potential troublemakers. It’s also in charge of the general operation of prisons in North Korea.

It’s one of the world’s strictest penal systems. For instance, an American student was arrested in 2016 and sentenced to 15 years of imprisonment for stealing a state-owned sign. He got off lightly. People are regularly executed for any contact with the outside world, for intoxication, or for viewing pornography.

Choe Pu Il’s official ranking has fluctuated over the years. He achieved the rank of general in 2010, was later stripped of the ranking at some unknown point for unknown reasons, and was then reconfirmed as a general in 2013.

It’s been suggested that this reinstatement is an indication of Kim Jong Un’s attempts at consolidating power, handing out awards to improve loyalty among the most powerful in the country. A high-level defector from North Korea is quoted as saying, “Reconferring the rank of ‘general’ to the Minister of People’s Security can be seen as demanding that he remain loyal to the system.” 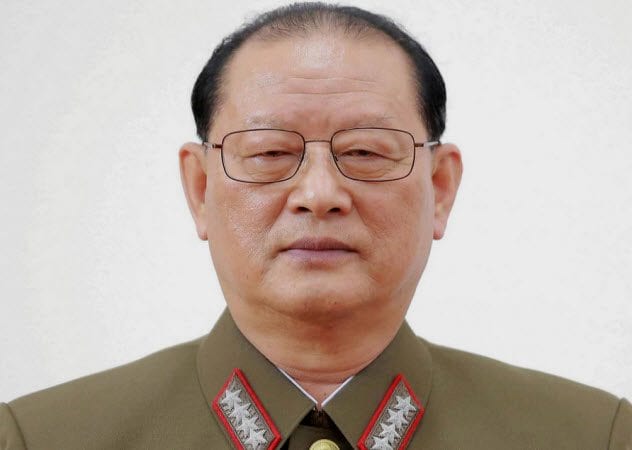 In a country with such a brutal public system of punishment, the secret activities are, understandably, much worse. The Ministry of State Security helps run the country’s labor and concentration camps in which “three generations of punishment” are enacted.

This means that the suspected perpetrator of a crime is arrested and imprisoned in a labor camp for the rest of his or her life, along with any family members. The next two generations in the family will be born into labor camps and will live out their lives there, too. At this point, the debt is theoretically repaid.

Kim Won Hong had disappeared from the public eye for some time and was believed to have been demoted from four-star general status, executed for crimes of corruption, or both. However, during the April 2017 celebration of Kim Il Sung’s 105th birthday, Kim Won Hong reemerged, still bearing the four-star general insignia on his uniform. This suggested that no such demotion took place or that it was swiftly reversed. 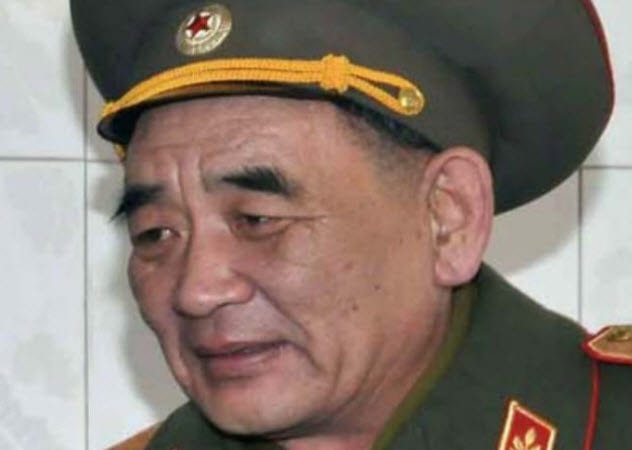 Their rockets and missiles are often proudly displayed in parades. However, missile experts have expressed their doubts about whether some of the displayed missiles are capable of intercontinental launch or if they’re simply mock-ups, designed to deter the outside world from attack.

Nevertheless, it’s known that North Korea has gathered plutonium and uranium since the 1980s. Both are key ingredients in the development of nuclear warheads.

North Korea’s nuclear program is one of the few reasons that foreign intervention in the country has yet to happen. Thus, even if they never intend to actually launch a bomb, Kim Rak Gyom’s Missile Guidance Bureau, their tests, and their threats to the outside world are an integral part of the country’s defense plan.

North Korea has had a series of unsuccessful missile launches, leading media outlets to speculate that Kim Rak Gyom’s removal and execution was the reason for his six-month public absence. However, he reemerged in March 2017, accompanying Kim Jong Un on a visit to a missile base.