Food sustains us, it fills us up and keeps us going. There is healthy food and junk food. There is fast food and slow food. Food can be spicy, sweet and sour. It can be organic or processed. Food is all this and so, so much more.

See Also: 10 Interesting Stories Behind The Invention Of Modern Foods

For instance, while most of us eat the food that we buy, there are a few creative souls out there who dare to be different. As the list below shows, food can be an effective weapon – either as it is or disguised as something far more deadly. 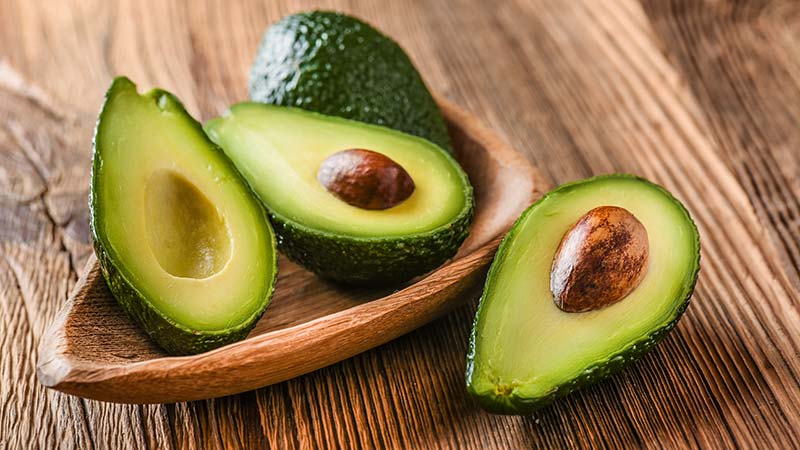 The California Department of Public Health claims that the avocado tree started growing in Mexico some 7,000 years ago. Avocados contain plenty of monounsaturated fatty acids – aka the good fats – which lower bad cholesterol and raise the good kind. You can use avocados in a sandwich, a salad or, if you are feeling particularly bold, in a bank robbery.

That’s right. Back in June of 2019, a man in Israel robbed 2 banks using an avocado. He had painted it black and somehow convinced bank employees that the delicious fruit was a grenade.

The 47 year-old man walked into a Postal Bank at a big shopping mall and handed a cashier a note that read, “Hand over the money in the drawer.” The word “drawer” was misspelled. When the cashier froze, the avocado wielding man got impatient and told the cashier to, “Put the money in the bag quickly or I’ll throw this grenade.” Then, 5 days later, he did it again. In total, he walked away with the equivalent of $8,300 US.

Thankfully, the man was tracked via cell phone data and picked up shortly after. 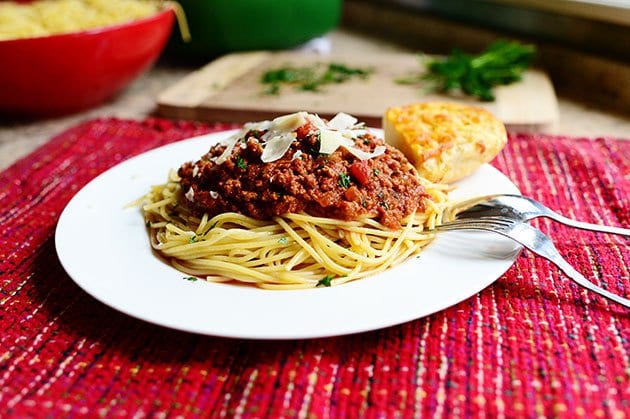 Back in 2013, a bomb squad had to be called into the Fifth Third Bank located in Clinton Township, Michigan. A woman had just robbed the place and left behind a bag she claimed contained a bomb.

Police secured the scene by cordoning off the bank. When the bomb squad was through, they did not find a bomb. Instead, they found two cans of tomato sauce.

A few days later, police found and arrested Ophelia Amelia Neal and charged her with bank robbery. Despite the fact that her “bomb” turned out to be just a few cans of tomato sauce, police also laid explosives charges on her. 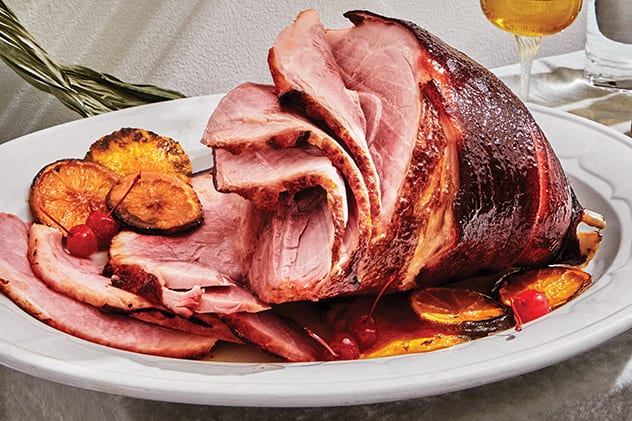 It can be difficult for a family to agree on which day to get together for a holiday. Competing schedules can cause some stress and tension and may lead to raised voices and hurt feelings.

For a family in London, Kentucky, a dispute over which day to hold Christmas dinner lead to something far more serious – a charge for 4th degree assault.

Clearly pushed way past his breaking point, David D. Brannon, 21, lost it and threw a Christmas ham at a woman.

When police arrived, they found Brannon fleeing the scene. Police caught up to him and arrested him. During their investigation, police officers found several objects on the kitchen floor.

Along with the assault charge, Brannon was also hit with a charge for running away from police.

7 Assault With A Deadly High Five 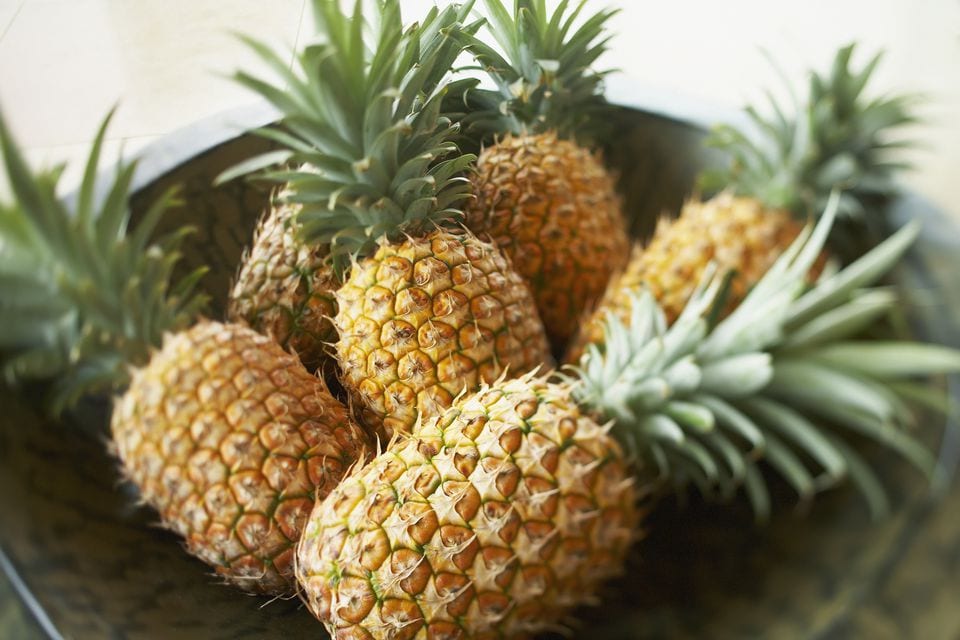 Food allergies are not funny. According to Food Allergy Research & Education (FARE), 32 million Americans have food allergies. And every 3 minutes someone ends up in the emergency room of their local hospital due to a food allergy reaction.

In the winter of 2018, in Butler Township, UK, a 14 year-old girl was rushed to hospital after suffering an allergic reaction to pineapple during lunch period at Butler Intermediate High School. She had not eaten the tasty tropical fruit – she knew she was allergic. She only started showing symptoms after another 14 year-old girl high-fived her.

Turns out, that other girl knew that the soon to be victim was allergic to pineapples. She did it on purpose. Because of this, she was charged in juvenile court with assault, conspiracy and other offences. Two other girls were slapped with conspiracy charges as well.

Upon further investigation, the police found that the victim’s allergy was well known and that pineapple was not served at the school during the time in question. Someone brought the pineapple from home.

“This was an intentional act,” Lieutenant Matt Pearson remarked. “They sat at the lunch table right next to her and talked about doing it. Some had reservations, but they went through with it.” 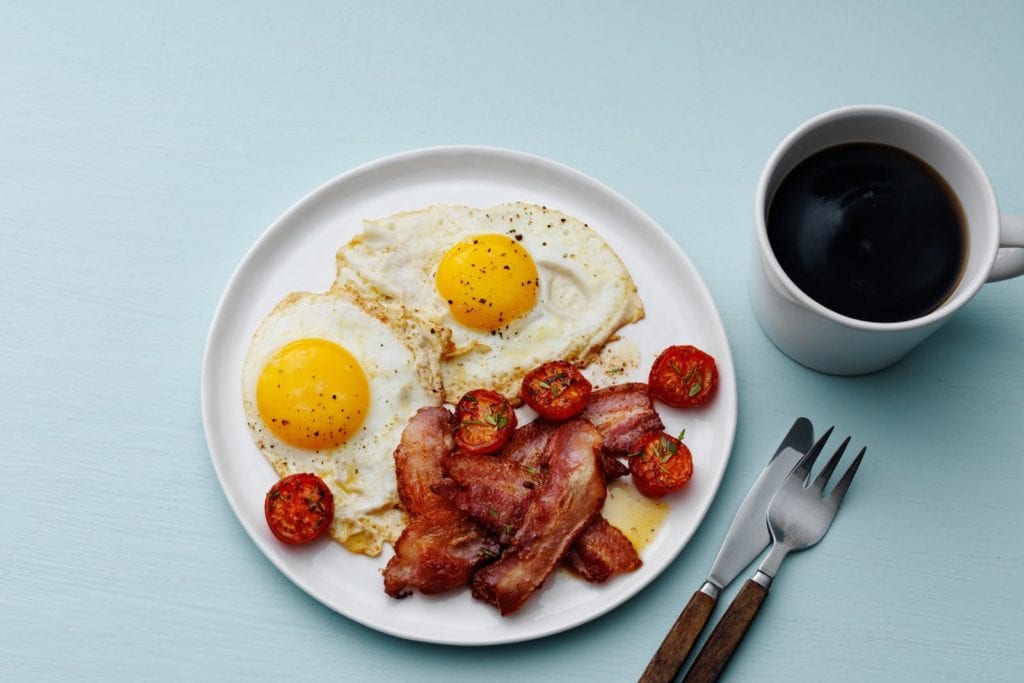 Bacon and Eggs is to breakfast what a tree and presents are to Christmas – they go hand-in-hand. But, for a 19 year-old from Hamilton, Ontario, Canada, they go hand-in-face.

A group of people were seated together having breakfast in a local restaurant, one Monday morning, when a 19 year-old man at the table became upset. He then grabbed the bacon and eggs off his plate and threw it at another man seated at the same table. According to police, the victim became disoriented. Not only that, but he was injured and sent to the hospital.

Hamilton Constable Steve Welton shared the greasy details, saying, “The weapon was in fact the food, and the intent was to cause injury or harm…It was not accidental in nature and officers investigated with evidence to support the charges.” 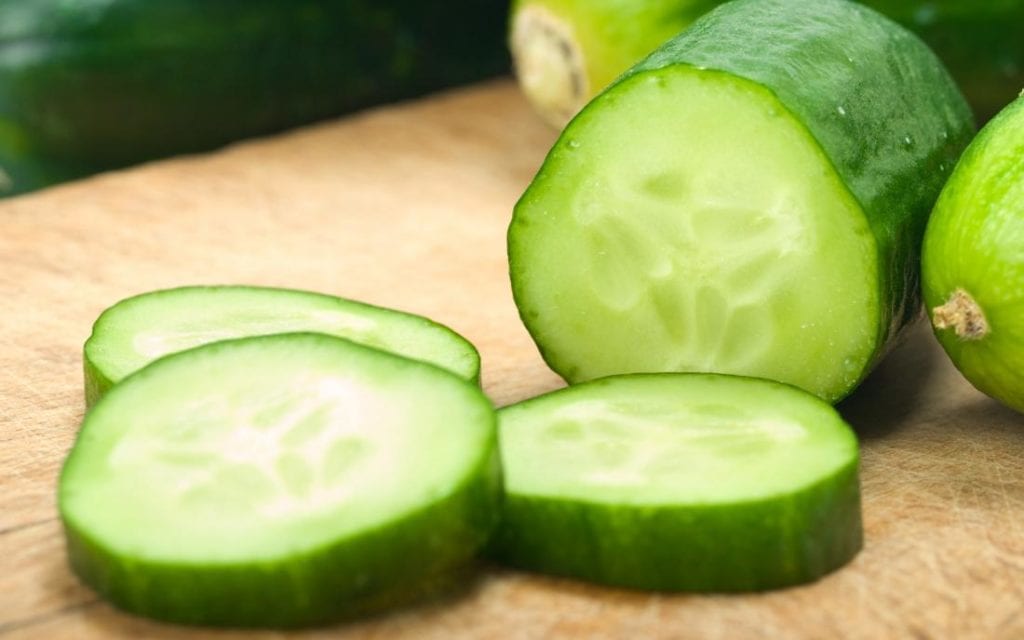 Cucumbers do a number of important things for your body, including: keeping you hydrated; helping to clear waste; helping to keep cancer from developing.

If Gary Rough of Glasgow, Scotland had just eaten the cucumber in his possession, he would have enjoyed all of those previously mentioned health benefits plus one other one – he would have stayed out of jail.

Instead, he stuffed the cucumber in a black sock, ventured into a betting house in Shettleston and attempted to rob one of the employees. She refused to hand over any cash. Rough was then tackled and arrested by an off-duty police officer. That was when the black sock was removed from the “weapon” to reveal that it was just a cucumber.

Rough tried to reason with the police, saying, “It was a dare… Am I getting the jail for this?” He added, “I think it was quite stupid – I am not a robber. It was a laugh that went too far.”

Rough’s Defender, Tony Graham, offered, “While he was aware that it was a vegetable in a sock, he is also aware it may have appeared different to others.”

In the end, the 28 year-old Rough was sentenced to 3 years and 4 months.

4 Soup Assault Of The Day 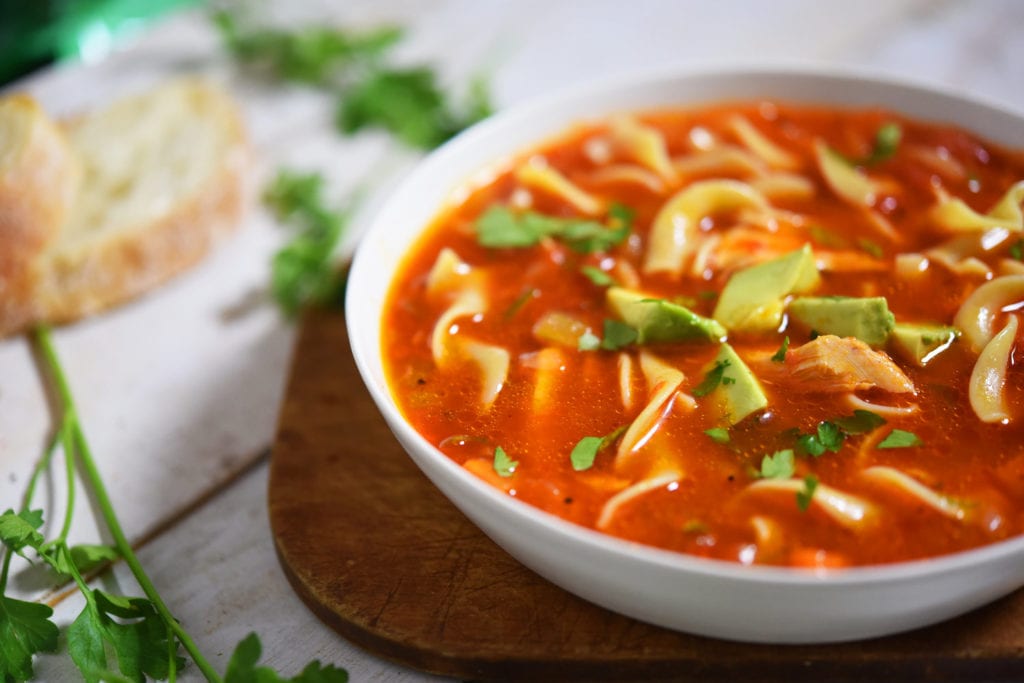 Every mall has one – a food court. During meal times, they can be noisy and crowded places. So, it is understandable if, from time to time, people get on each others nerves – a few harsh looks or, at worst, a few harsh words are exchanged and nothing more. And, maybe, just maybe, once in a blue moon, a couple of senior citizens use soup to assault somebody. Make that, definitely.

In the summer of 2019, in a mall located in the city of Vancouver, B.C., Canada, 2 senior citizens got into an argument with a 43 year-old woman. It escalated when the 2 elderly folks poured hot soup on the woman.
Police were called and the couple was cuffed and escorted out of the mall.

Thankfully, according to the police, the woman did not suffer any life-altering injuries. 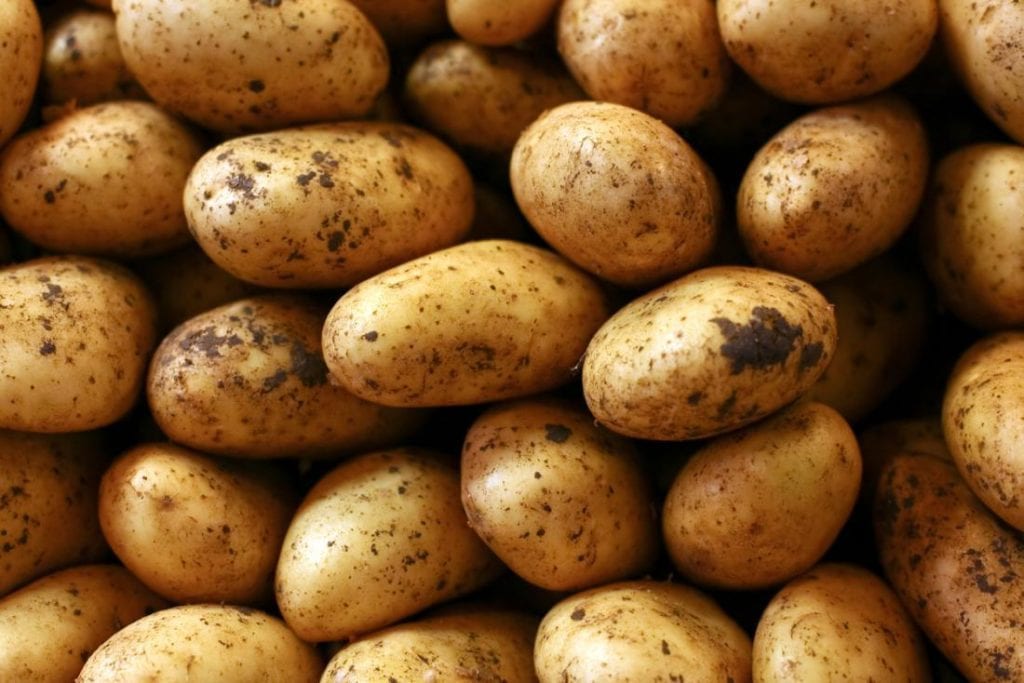 Someone trying to force themselves into your home can be a scary experience. It might be just a tiny bit less scary if the intruder is armed with something you usually slather in sour cream or butter and eat.

In September of 2018, a Lake Tahoe, California woman had to fend off a man who forced his way into her home and threatened her with a potato into which he had carved the first initial of her first name.

41 year-old William James Best was there because the woman and his girlfriend had been quarreling. Potato in hand, Best repeatedly threatened the woman. Soon, though, the police arrived and he was placed under arrest.

Best was armed with a potato because, as he told police, it would, “increase his punching power.”

Sentenced to one year in prison, Best was put on supervised probation. 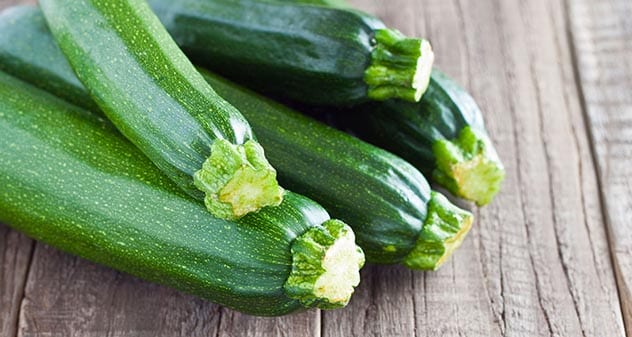 Bears are mammals belonging to the Ursidae family. You can find Bears in North and South America, Europe and Asia. They can survive up to 25 years in the wild or 50 in captivity. And, little known fact, at least one of them hates zucchini.

That is because of the desperate actions of a Montana woman who found herself face to face with a 200 pound black bear.

Lt. Rich Maricelli, of Missoula Sheriff’s Department, said that just after midnight, the bear attacked the woman’s dog on the back porch of her house.

The attack happened when the woman let her 3 dogs out for one last time before she went to bed. Two of her dogs spotted the bear and ran away. Her third dog, a collie, stayed close to the woman who stood in the doorway. Then, suddenly, the bear attacked the dog. The woman kicked the bear. The bear slashed at her legs – ripping her jeans.

Now fully concentrating on the woman, the bear tried to enter the house and managed to stick its head inside before the woman could get the door fully closed. With one hand, she held onto the door and with the other she grabbed the closest thing she could find – a 14 inch zucchini she had grown in her own garden. She threw it at the bear – bonking it in the head. Miraculously, that did the trick as the bear took off.

Thankfully, neither the woman nor her collie were badly injured and both were on the mend within a short period of time. 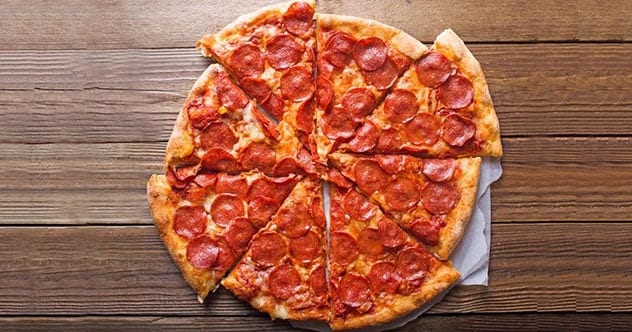 When a Pasco County Florida man found out his father helped deliver him at birth, he had a surprising reaction – he attacked him with a piece of pizza.

Robert Houston, 33, shoved the pizza in his father’s face while pinning him down on a chair and yelling at him. The police report reads, “The victim began to flail around trying to get the defendant off him at which point the defendant went outside and awaited law enforcement.”

When police arrived at the home and surveyed the crime scene, they saw a chair with a piece of pizza on it and cheese and sauce all over the place.

No word on why Houston reacted so violently to the baby delivery news.

For more lists like this, check out 10 Bizarre Origin Stories About Your Favorite Foods, and 10 Catastrophes Caused By Food