Property development is difficult to miss. Whatever city or large town that you visit, there will most likely be a construction site in the vicinity. This list contains the answers to questions people often have about US construction sites, as well as peculiar aspects of sites in other countries such as China, Iceland and England. 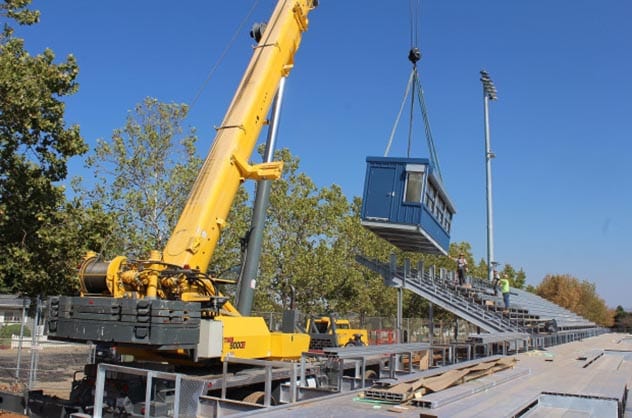 When a site is closed for the evening or the weekend and the worker’s shifts are over, there is a consistent sight whenever a crane is involved. The crane (despite being unmanned and shutdown) holds a metal container in the sky, giving the appearance of a lazy worker who dismissed the idea of lowering it before they clocked off. In actuality, the crane holds the container high off the ground for a particular purpose: it is storing the equipment that would otherwise be at risk of being stolen from the empty site. This container is referred to as ‘the job box’ as it is filled to the brim with tools and other construction equipment, such as the generator. Not only does the box prevent the objects from being stolen, but it also shelters them from any bad weather that may occur whilst the site is empty.[1]

9 How Did It Get Up There 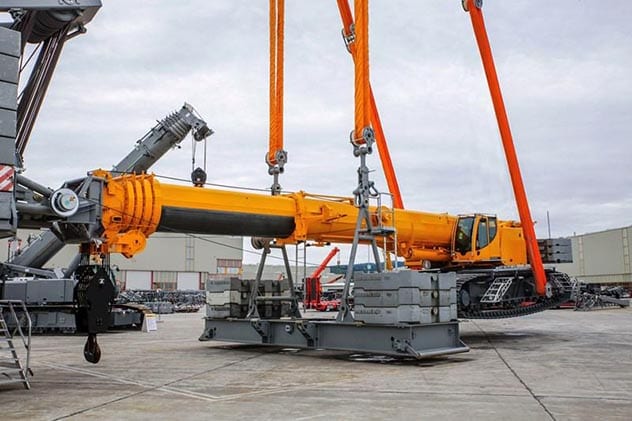 It is understandable to wonder how a crane often grows, as it constructs a high rise building. No matter how high the building becomes, the crane that constructed it always stands higher. What few people know is that Cranes are built in the same way that the building is: a second Crane is often set up in order to build the main Crane to the appropriate height. Once the initial Crane and the building reaches a height that would make it difficult to increase any further, the top of the Crane is lifted by hydraulics, splitting it into different segments, with an additional section of support placed below it. This gives the appearance of the crane growing, slowly, over time, alongside the building that it is constructing.[2] 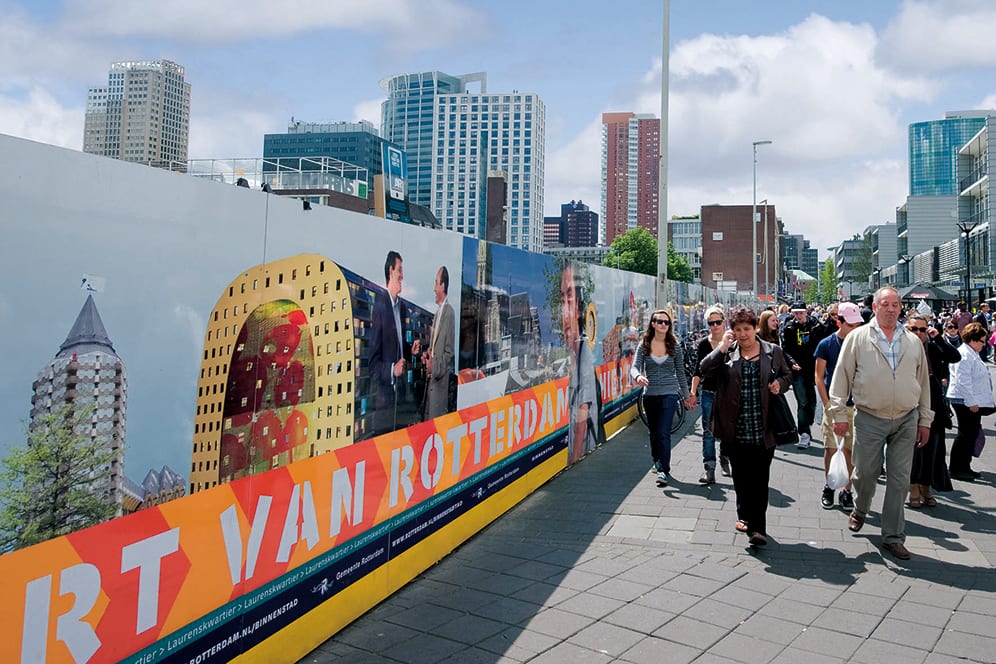 Larger construction sites will often have an artistic rendering of what the building will look like once the work is done. The purpose of these mock ups is presumed to be to inform the passing general public of what the previously different or empty space will be in the near future. However, the renderings mostly exist to comfort those living or working nearby, ensuring them that the construction of a new building is a positive thing. It is common for people to be concerned about change, especially if a building had to be destroyed in order to make room for the newly constructed one. The renderings work, as they subconsciously allow any hesitant neighbours to get used to the idea of the new building before it is even built.[3]

In Iceland, there is a person who protests against construction sites quite often. Many Icelandic natives believe in elves, resulting in the need of a representative who has the duty of investigating potential construction sites, with the aim being to ensure that the land that is to be built on is absent of any elves. Whilst this may sound eccentric, the elves are often used as a metaphor for the environment. In the same way that certain buildings are preserved for their historical significance, the elf whisperer exists to ensure that Iceland maintains its beauty as a country: void of buildings in places that would otherwise make for a beautiful and historically preserved view. Their stance is reinforced by the communal wish to maintain the natural wildlife, which is often enough to prevent construction in certain areas, as it would be hazardous for the environment to allow it. Talk about ‘Elf and Safety’ gone mad![4] 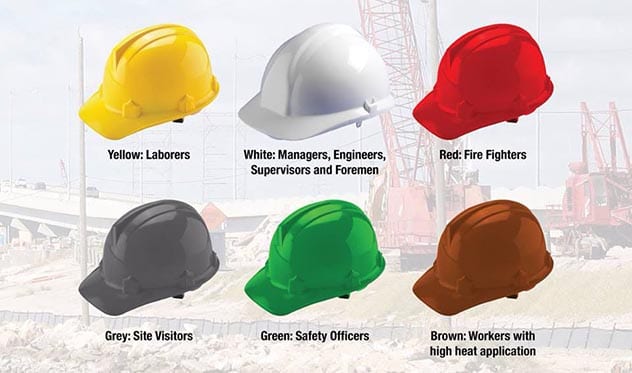 It is a legal requirement that every visitor or worker on a construction site must wear a hard hat. What many do not know, however, is that in many countries, the hard hats are colour coded, depending on the wearer’s role on the site. It is the white hats that most workers keep an eye open for, during their shift, as it is often the case that wearers of the white hard hats are present to ensure all actions on site comply exactly to health and safety standards. One of the reasons for the colour coding is so a worker can quickly determine in an emergency who the safety officer is, or the first aider. It is also known to represent the difference between skill levels. For example, a novice construction worker may wear a different coloured hat to a more skilled worker. The colour co-ordination of helmets is also mirrored by the Navy, on air craft carriers, as they too have a limited space in which an emergency could occur and certain workers are required to be easily identifiable. In the UK, however, everyone present on site are required to wear the same standard issue white hat and high visibility jacket.[5] 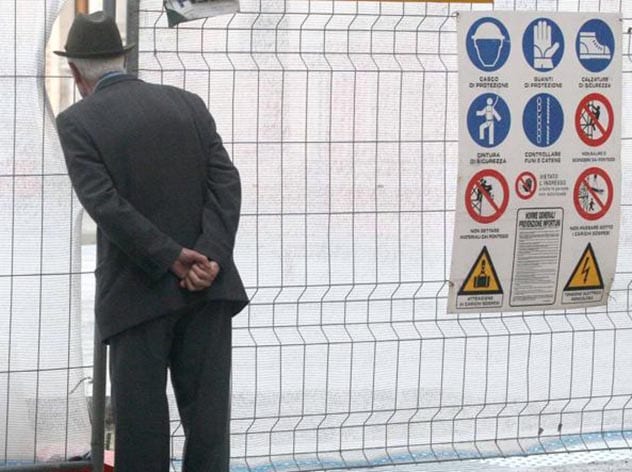 In certain countries, it is common for construction sites to be under constant observation by elderly (often retired) men. In Bologna, these men are referred to as “Umarell”, which translates to ‘little man’, a term of mockery as well as observation. The retired men who stand beside the gates of construction sites, waiting for the work to be finished, are known to offer advice to the workers, based on their own experiences. One can only presume that this onlooking is done out of a place of boredom, rather than protest. In 2015, Riccone’s government approved a budget of eleven thousand Euros which was to be used to pay the “Umarell’s”. The reason that they decided to pay the onlookers was led to by the proposal that it would decrease the amount of theft from the sites. The old men who would be stood around watching the site, regardless of the weather, could be paid to count the amount of vans and other deliveries to and from the site. When the site was non-operational, the men are also useful as guards, as they are able (and now, duty bound) to observe sites from their nearby homes. Whilst their presence may be a nuisance at times, at least they can be utilised for good!

Similar to the Umarell, the “Cocky Watchman” on a construction site is an elderly, retired man who is hired solely because he would be cheap labour. Their job is to act as security overnight, simply keeping their eyes open in case of an intruder. Their name “Cocky Watchman” derives from the small hut that they sit in, which resembles a cockpit.[6] 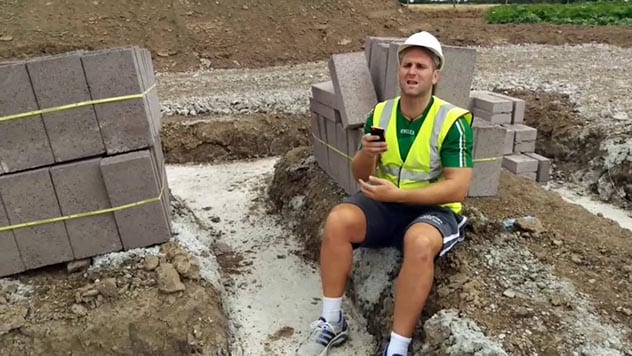 On a construction site, an Apprentice can wear many hats (not literally: in reality he only wears the one hard hat to signify his role as an Apprentice.) Not only are they expected to observe the construction workers and take over the more menial tasks that require repetitiveness rather than skill (the transportation of materials or the screwing of nails in determined places, for example.) Apprentices are also tasked with performing sandwich runs or trips to the store for biscuits. The latter non-construction related aspects of the job are covered under the “unwritten rules of the Can Lad.” (”The Can Lad” being a colloquialism originated from Northern England.) Whilst these jobs may be simple, some of them are far from easy: a large task for the Can Lad is to ensure that the Water Urn is full and heated on command. The Water Urn is essentially a large kettle, with a faucet for dispersing the water after it has boiled. This act is far more difficult than it may sound, as it involves transporting a large, heavy container of water from the nearest faucet over to the Water Urn—no easy feat! Whilst this may not sound like it provides any teachings that will allow a person to become a better construction worker, it is, however, a rite of passage. Everybody has to to start off somewhere.[7] 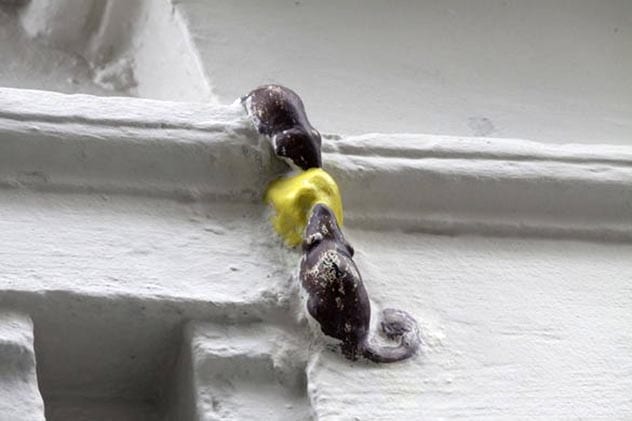 The smallest public statue in London was created as a result of an argument on a construction site. The piece is titled ‘Two Mice Eating Cheese’ and represents a couple of mice fighting over a piece of cheese. This is reminiscent of an incident from 1862, when a pair of Construction workers fell from scaffolding after arguing about the disappearance of their lunch. It was revealed after a brief investigation that nearby mice had taken and hidden the food. This story is regularly brought up on construction sites whenever a couple of workers are arguing about a topic not relevant to the work at hand, especially if the argument takes place during a lunch break.[8] 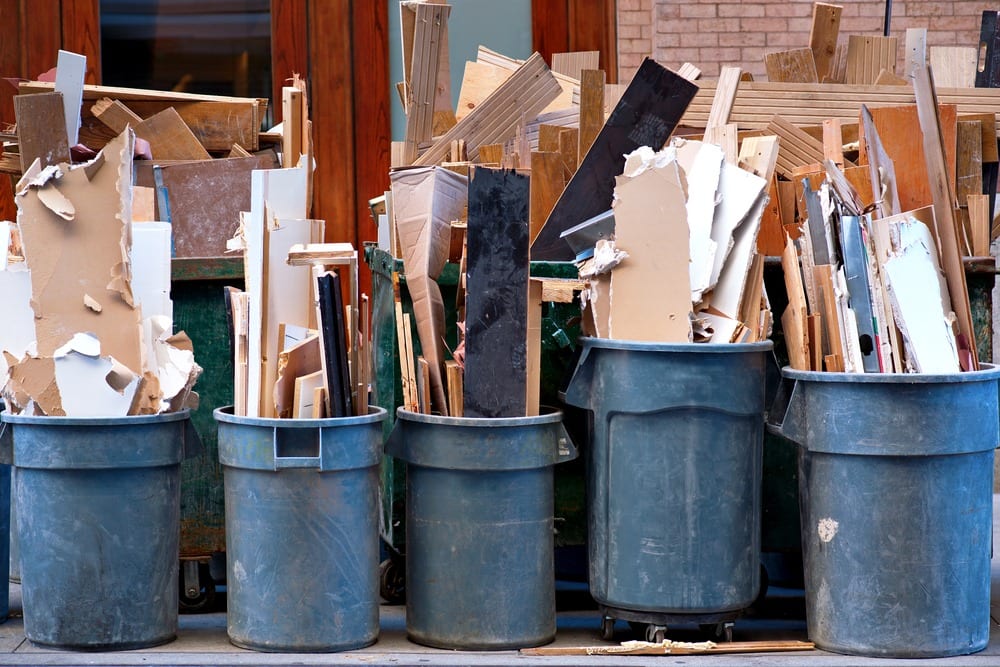 Many believe that dumping their trash into a construction site’s dumpster is completely harmless. After all, it is convenient and will be filled with trash regardless of their actions. What many do not realise is that a Contractor can be fined for any refuse in the bin that is not debris from the construction site. After all, trash must be sorted into categories in order to be disposed, so the addition of non-construction debris would cause issues for those who have hired the dumpster.

It is also worth nothing that all the space in the dumpster is intended to be utilised, as before a job, it is estimated exactly how much space will be required. If the general public add their own trash, then it may result in the Contractor having to hire a second dumpster, or having to pay for it to be emptied an extra time. This can cost between $200 and $400 each time the dumpster is removed and emptied! Don’t do it, people![9]

1 We’ll Build Around It 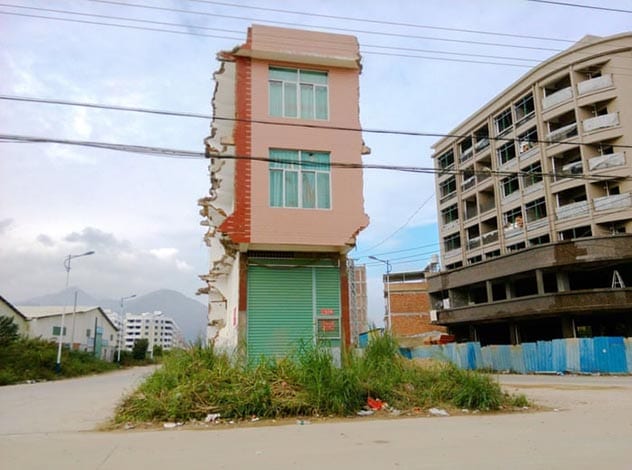 When a construction project is approved, few things will get in the contractor’s way. This includes the presence of residential houses in the area. Often times, stubborn homeowners will refuse to sell their property, which results in the project being constructed around remaining houses. In China, those who refuse to comply with redevelopment projects are permitted to stay, with their homes gaining the title of a “nail house.” This only became a problem in China in recent years, as the stricter earlier rules ensured that people were not allowed to own property privately at all. This made it easy to move residents in favour of construction projects. The origin of the term “nail house” is that the individual private homes that exist in the middle of large construction sites “stick out” and “are difficult to remove” like a stubborn nail. It has been known for Nail Houses to exist even beside highways, due to a combination of the homeowners stubbornness and the high cost of redesigning plans to avoid the location of the nail house.[10]