Until recently, international conflict was fought on the ground, in the sky, and across the seas. But now, warfare has found a new battleground: cyber space. The virtual world is becoming increasingly weaponized. In the online arena, assailants can deploy malware, paralyze digital systems, and steal sensitive information from behind a computer screen.

The techniques involved in cyber warfare are evolving at alarming rates. Here are ten sinister facts about the realm of computerized combat.

10 US Government Encouraged To Invest In AI Weapons 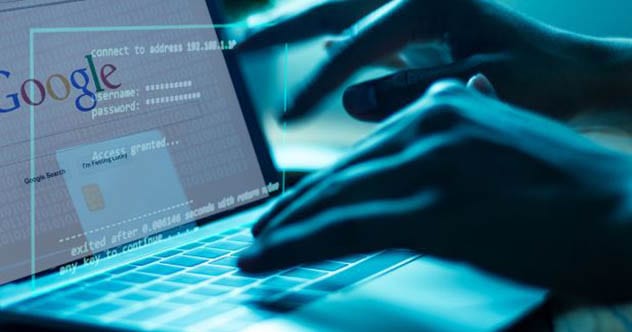 In armed conflict, decisions need to be made quickly. Reaction times are paramount when people’s lives are on the line. If military leaders want to compete in the age of technological warfare, they need to develop AI weapons systems. Otherwise, they risk being “paralysed by the complexity of battle.”

So says the National Security Commission on AI. In a 2021 report, they advised the US government to invest in algorithm-led weapons. The AI commission is made up of a handful of top political and technological experts. It includes former Google CEO Eric Schmidt and future Amazon CEO Andy Jassy.

For many years, the main focus of the US military has been hardware. They have specialized in tanks, planes, and ships. But soon, the security experts claim, the US may find itself technologically inferior to its rivals. If this happens, they run the risk of being overwhelmed by countries like China or Russia. Both countries are said to be working on advanced autonomous weapons.

But critics say the US government is veering towards an AI arms race. The consequences of which could be disastrous. Prof Noel Sharkey from the Campaign To Stop Killer Robots called the report “shocking and frightening.” He warned that the commission’s advice “could lead to the proliferation of AI weapons making decisions about who to kill.”

The Virus That Saved The World From Nuclear Iran? STUXNET

In the summer of 2010, IT workers in Iran were perplexed by the behavior of their computers. The devices kept crashing and restarting, over and over. No one could figure out why. Then a security firm from Belarus uncovered hidden malware lurking on the system.

The Iranian computers had fallen victim to Stuxnet, the world’s first digital weapon. Cyber security experts had never seen anything like it. Instead of just harming the computers’ software, Stuxnet was able to inflict damage on physical equipment. It wormed its way inside the system and caused the machines to go haywire.

The devastating cyber weapon is widely believed to have been created by US and Israeli officials. As well as damaging Iran’s IT systems, it had a severe impact on the country’s nuclear development. In 2009, Stuxnet infected the Natanz nuclear plant in central Iran. It sabotaged the equipment, causing the centrifuges to repeatedly break down. A centrifuge is a large, high-speed spinning tube used to treat uranium gas. It took Iranian officials months to figure out what was going on. In total, the plant lost 984 machines.

Islamic State is alarmingly Internet-savvy for a terrorist group. The extremists are known to wreak chaos online. Several Western figures have found themselves targets of pro-ISIS cyber-attacks. In 2014, hackers hijacked the Twitter accounts of US defense force CENTCOM. They used the account to spread propaganda and threaten military officials.

A year later, the high-tech wing of ISIS – the United Cyber Caliphate – claimed to have stolen the personal details of 2,000 people. Most of them, they said, lived in the US. Later that year, they boasted that they had hacked into a sensitive government database. The caliphate released what they claimed were the names, locations, and contact details of nearly 1,500 government personnel. They also stole the credit card information of several senior officials.

7 Ukraine Is A Live-Fire Space For Russian Cyber Weapons 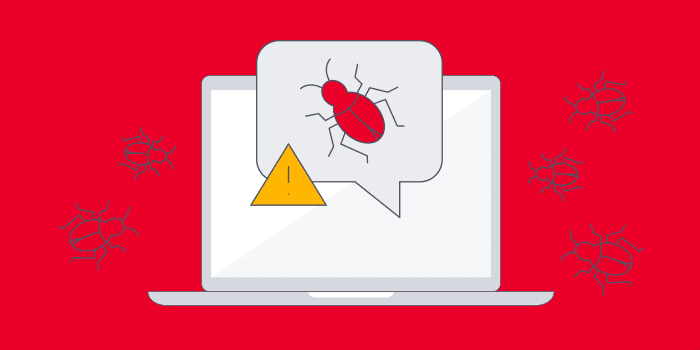 For years now, Ukraine has been in the crosshairs of Russian cyber attackers. The country faces a daily barrage of malware from neighboring developers. Tech experts have described it as “a live-fire space for hackers.” In the conflict-ridden world of cyberspace, Ukraine is a key battleground.

The country is under constant fire. Government and legal officials are most likely to be targeted. The digital assailants are a mix of Kremlin experts, criminals, and keen amateurs.

As well as the long-running conflict between the two countries, Ukraine is rife with pirated software. The country’s cyber security is often lacking, which makes it vulnerable to attack. Ukraine also offers a digital passage into Europe. If hackers can access Ukrainian systems, they may be able to worm their way into the rest of the continent.

They do receive help with security from the US and Europe. By defending Ukraine’s IT systems, Western intelligence agencies can collect intel on the Kremlin’s activities. 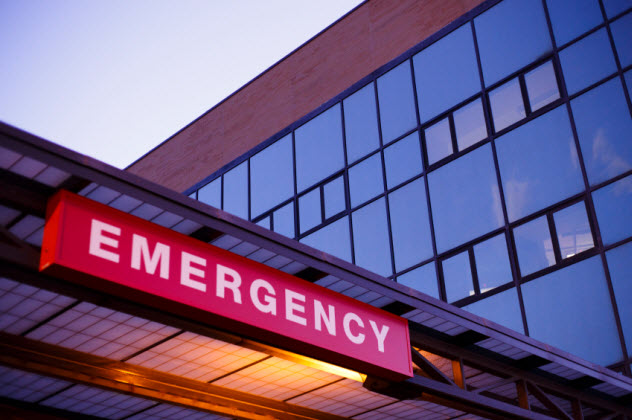 Cyber warfare can paralyze essential institutions. In February 2021, two hospitals in France fell victim to crippling cyber attacks in less than a week. On February 9, the staff at Dax Hospital in Landes had to work at reduced levels after their IT network became infected with malware. Hackers blocked hospital workers from accessing the computer system. They refused to leave until they were paid a ransom. The attack prevented some of the staff from using their computers. But, according to the hospital’s medical commission, none of the patients were affected.

Days later, the Villefranche-sur-Saône complex in Rhone suffered a similar attack. Staff were forced to transfer some patients to a different facility. Fortunately, none of the covid-19 patients were affected. A third hospital in the Dordogne narrowly avoided infection by cutting off their IT network.

In France, it is increasingly common for hackers to target hospitals. In the last year, hospitals in eight cities and communes have suffered similar attacks.

The Syrian Electronic Army thrives on fake news and misinformation. The group is said to be made up of young, tech-savvy supporters of Syrian president Bashar al-Assad. They are known for hacking news websites. The Electronic Army target what they call a “distortion of facts” from Western media.

The Electronic Army first emerged in 2011, lambasting enemies of the Syrian government on social media. Their early actions included spamming the Facebook pages of the then-presidents of the US and France, Barack Obama and Nicolas Sarkozy. In 2013, the Middle Eastern hackers started a rumor on Twitter that there had been an explosion in the White House. This caused a temporary fall in the US stock market. More recently, the Electronic Army has been accused of hiding spyware in coronavirus-themed mobile apps.

4 WannaCry, The Ransomware Attack That Struck The NHS

Why Was the WannaCry Attack Such a Big Deal?

WannaCry was the global cyber attack that struck over 200,000 computers back in 2017. The far-reaching malware had a severe impact on Britain’s National Health Service (NHS), along with Spanish businesses, and IT systems around the world. Similar to the Dax Hospital attack in France, hackers blocked computers and demanded payment for their release. The creators behind WannaCry asked for $300 (£230) in Bitcoin before they unlocked the sabotaged systems.

In total, WannaCry is said to have cost Britain’s state healthcare system $121 million (£92 million). The attack locked down IT systems in more than 80 NHS hospital trusts. During the week of the attack, 19,000 appointments had to be canceled. At the time, the NHS lost $26 million (£20 million) through lost services. Afterward, they had to spend a further $95 million (£72 million) to restore their IT systems. The British government had been warned about the dire consequences of an NHS cyber attack a year earlier. The public health department was condemned for failing to take sufficient security measures.

In 2021, Microsoft email servers were targeted by what one cyber security expert described as “literally the largest hack I’ve seen.” Hafnium, a hacking group with links to the Chinese government, is said to have infiltrated the messaging servers of hundreds of thousands of companies. The hackers used unprecedented techniques to force their way into systems.

Microsoft announced the hack on March 2, 2021. The company released software updates to protect users from attacks. But even before Microsoft had brought out their updates, a second wave of hackers sprung up keen to get in on the action. Experts estimate that ten hacking groups are exploiting weaknesses in Microsoft’s system. Cyber criminals are hacking every email group they can, regardless of what that institution is or where they are based. Companies, schools, hospitals, even cities have found themselves at the receiving end of the stealthy attackers.

At the time of writing, this attack is still ongoing. The aims of the hackers are unclear, and thousands of servers are still vulnerable. Cyber security experts have described it as a “very rare” display of power.

Yemen is a country ravaged by years of violent conflict. The long-running battle between the Saudi regime and the Houthi rebels has resulted in a crippling humanitarian crisis.

In 2015, the confrontation spilled onto the Internet. On April 14, the Yemen Cyber Army infiltrated the website of the pro-Saudi newspaper Al Hayat. The hackers displayed a message threatening Saudi Arabia if it continued to interfere in Yemen. A month later, they hacked the Saudi foreign ministry. That summer, they published almost a million diplomatic messages via Wikileaks. These included cables for the funding of radical extremists, and a message from Osama bin Laden’s son asking for his father’s death certificate.

How Israel Rules The World Of Cyber Security | VICE on HBO

In the field of cyber warfare, Israel is said to be head and shoulders above any other country. The Middle Eastern aggressor has developed a vast arsenal of digital weapons. Israeli organizations are behind some of the most advanced cyber systems in the world today.

The country receives around 20% of all cyber security investment. Unit 8200, the intelligence unit of the Israel Defense Forces, is thought to have launched some of the most damaging cyber attacks in history. In 2017, Israel Aerospace Industries collaborated with US engineers to create a navigation system that can shake off GPS jammers. And in 2019, officials eased restrictions on cyber weapon exports, a decision that flew in the face of human rights campaigners.

The Israeli government is acutely aware of the dangers of cyber warfare. “Today, warfare has changed again, dramatically,” prime minister Benjamin Netanyahu explained at a recent conference. “It’s moving very rapidly to a situation where, with the click of a button, you can bring down nations to their knees.”