On April 20, 2010, the first episode of Ancient Aliens aired and changed our lives forever. Apart from mysterious and intriguing hairstyles and a bunch of funny memes, the series introduced the greater public to, among other things, pseudohistory, pseudoarchaeology, and pseudoscience. It brought out all the crazies and even pointed the way to those we never knew we had in our own families.

It doesn’t really matter if you’re a fan or not; the show has put some interesting ideas forward. The 17th season recently concluded, and while it keeps the experts on the edge of their argumentative seats, we may even see an 18th in the near future. Although some of the claims made by the show have come across as quite feasible, we’ve also seen more than a few that made even their staunchest supporters look the other way in shame. We’ve touched on some in a previous list but couldn’t pass up the opportunity to elaborate and highlight a few more.

Early in its run, a Season 2 episode aired that focused on similarities of the creation myths as believed by several of the North American Indian cultures of the United States. Although many civilizations around the world hold religious beliefs of gods coming from the sky, in these cultures, it is believed that they have come up from the earth. Many legends also refer to the Ant people who dwell in the heart of the earth.

Artwork that depicts the Ant people also matches descriptions of the so-called “Grays.” These parallels had believers bouncing on the edges of their seats. The show continued to convince the viewers of the link between these native cultures and their secret underground lairs. They focused on the layouts of various underground sites, such as a mysterious lost cave in Ecuador, the underground city of Derinkuyu, and topping it off with the old-time favorite—a secret military base they believed to be built next to an alien lair in Dulce, New Mexico. Later episodes have continued to “investigate.”[1] 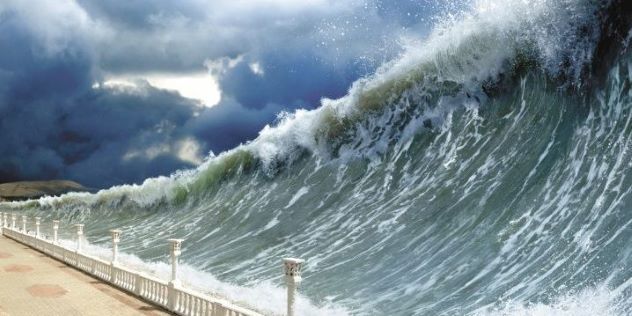 Alien-made disasters have been a very popular theme for the show to date and featured in three different episodes over three different seasons. The main argument behind this theme is that ancient aliens might have been responsible for the fate of the human race as they caused catastrophes, wars, and other fatal disasters. The show links the stories of a Great Flood supposedly sent by deities to destroy civilizations that can be found in almost all prehistoric cultures to their theory.

They also focus on alien wars that may have caused destruction here on earth and discuss reports of sighted UFOs during cataclysmic events as well as nuclear facilities. In a later season, the argument was made that the final biblical battle between good and evil might even be proof that the aliens will come back to smite us all in the near future.[2]

8 Aliens Have a Taste for Our Gold 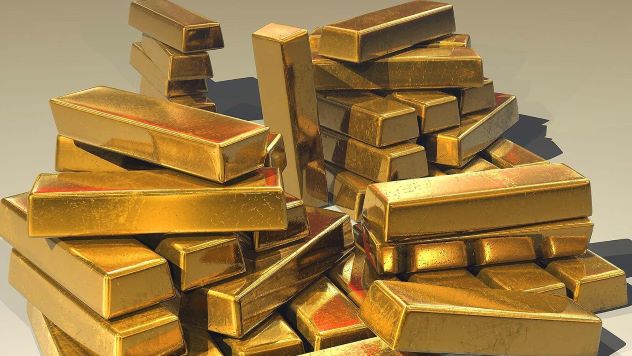 The legend of El Dorado has existed since the 16th century when Spanish conquistadors witnessed a native Indian chieftain heave copious amounts of gold into Lake Guatavita, located just north of Bogotá. Tales of the city’s incredible riches have enthralled generation after generation of fortune-seekers. And while the lake still attracts gold hunters who are eager to drag Guatavita for its sunken treasure, the ancient alienists believe that it merely contains evidence of the intelligent alien life that came down to earth in search of gold.

It is suggested in the show that aliens utilized the earth’s gold in their atmosphere to mirror the rays of the sun and, in so doing, sustain their planet. The episode concludes by arguing that aliens used ancient cultures to mine for precious metals and argues that if we look at old legends and temples, we can identify patterns that will ultimately prove the existence of extraterrestrial life.[3]3 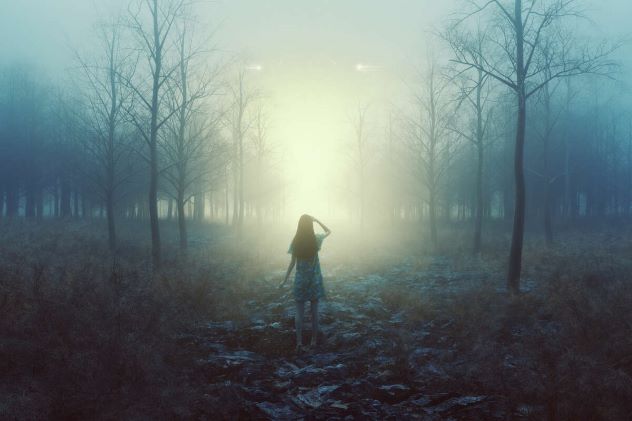 Right now, mysterious viruses and bacteria might be a touchy subject. Known as COVID-19, this current e coronavirus has wreaked havoc on the world as we know it. As we have come to see, scientists and doctors are constantly confronted by viruses and bacteria of unknown origins. According to the show’s experts, some of history’s most debilitating plagues and disease outbreaks might be traced back to the outer reaches of space and even to extraterrestrial interference.

In fact, it was highlighted that people reported seeing bronze UFOs that emitted a mysterious mist during the Black Death pandemic during the Middle Ages. As evidence has already been provided of life existing within meteorites, it is argued that it is indeed possible that extraterrestrials, possibly even as tiny as microorganisms, have influenced human history.[4]

COLD CULTS: The Order of the Solar Temple

In season 3, the show analyzed different cults from around the globe that committed horrible crimes and suggested that most of them were directly influenced by alien beings with evil agendas. Most notable among those mentioned were the cults that claimed to have received messages from extraterrestrial beings, such as the Solar Temple Order, the suicidal Heaven’s Gate, and the Movement for the Restoration of the Ten Commandments of God, whose leader brutally killed 750 devotees.

They also gave their own take on the numerous human sacrifices perpetrated by Adolfo Constanzo. He claimed to worship Eshu, aka the “trickster god,” as well as the mass-murdering cult of Thuggee in India. The show’s experts also theorized that humans have actually been hard-wired through genetic manipulation to revere extraterrestrials as deities.[5]

5 A Touch of Genius

During Season 5, the scientific genius of famous historical figures such as Galileo, Aristotle, Albert Einstein, and Archimedes was linked to extraterrestrial influences. Although this was not a new idea by far, the show’s popularity exposed the theories to a whole new generation.

The mirror Archimedes used to destroy the Roman fleet became a “laser-beam thunderbolt death ray,” presumably inspired by the alien god Zeus. Parallels were even drawn between his death ray and the digitally-created effects seen in The War of the Worlds. But it got weirder. According to the show’s experts, Einstein’s genius and his mathematical was “otherworldly,” and they claimed all the famous historical figures mentioned above received otherworldly or extraterrestrial help to come up with their out-of-this-world ideas.[6]

There are hundreds of millions of insects on this planet. In cultures all over the world, bugs have been praised, despised, and often even worshiped as divine creatures. During the 7th season, experts explored the links between these strange creatures and advanced alien beings. It was suggested that the ancient Egyptians possibly encountered intelligent extraterrestrial life forms with an insect-like appearance, hence their intricate headdresses and the repeated appearances of scarab beetles in their hieroglyphs.

The show also took another stab at the stories of the Ant People, which occurred in both Native American and Greek myths and legends. They ended up drawing a connection between the Ant People and the reported appearances of the Grays, who has a very distinct insect-like appearance. The show’s experts came to the conclusion that insects are, in essence, connected to living beings outside our world and that they are likely to have a secret purpose that we still have to discover.[7]

Throughout most of our recorded existence, many caves were considered holy places for divine encounters and transcendence, while others were feared as genuine gateways to the underworld. In season 9, experts discussed the power that supposedly rests within these subterranean spots throughout the world, which have the ability to influence and even manipulate the world’s religions.

Looking at the 10,000-year-old ancient human artwork that was discovered in Charama, India, of what seems to be advanced alien beings, the experts wondered if these artworks were a graphic account of encounters with extraterrestrials in our ancient history. It wasn’t long until they theorized the idea that caves were, in essence, hidden conduits to celestial worlds and that they acted as gateways of contact with extraterrestrial entities, thereby being the basis for various mythological rituals. They also believe that we will eventually find evidence of otherworldly contact within these caves.[8]

Legends of civilizations, both large and small, vanishing without a single trace can be found throughout history and around the globe. These include such tales from the unknown civilizations that once flourished in China to the extinct race of giants described in the Bible and the inexplicable disappearances of the Anasazi and Maya. The aspects of these mysterious disappearances can not be adequately explained by mainstream scholars. But though these cultures have vanished from Earth’s maps, they have left behind extremely intriguing clues—clues, most of the show’s experts say, point to an extraterrestrial explanation.

During one episode, the show wanted to look at the potential links between these places and whether they are connected to the unexplained disappearances of people from various locations around the world. In their view, the investigation of these disappearances will not only lead us to discover evidence of extraterrestrial intervention in our distant past. But they will also point to the ultimate fate of the human race.[9]

Some of mankind’s most critical turning points in history have been party to unexplainable events. In several of the episodes of this show, the experts argued that this could not possibly be a coincidence and that, in fact, it definitely pointed to certain evidence that the trajectory of human history is being controlled by a hidden alien agenda. Ancient alien theorists and enthusiasts have long speculated that intelligent extraterrestrials played a crucial role in our history, while many suggest that they actually continue to keep a close eye on our development.

Several high-level government officials have also confirmed (some would say suggested) that extraterrestrials are exploring our world with particular interest when it comes to our technological advances, including former astronaut Buzz Aldrin as well as Canadian Defense Minister Paul Hellyer, who said that the universe is positively teeming with life. At the end of the day, it is up to each of us to decide whether the UFO phenomenon is real. It may well be that extraterrestrials have been tracking human development for thousands of years, or it may only boil down to lively entertainment.[10]