How many types of balls can you name? How many of said balls have killed someone?

We all know that sports can be dangerous, especially for the athletes who participate in them. You can certainly find stories of players who have passed on while playing their beloved sport, from football and boxing to racing and Olympic luge. And even people simply exercising can find themselves injured. However, what happens when the equipment they use becomes deadly?

Whether merely spectators or the result of more nefarious reasons, this list covers ten strange deaths caused by the balls used in these various activities.

Linda Goldbloom was enjoying the ninth inning of a baseball game at Dodger Stadium in Los Angeles when she was struck by a foul ball. An unidentified San Diego Padres hitter swung at a 150-kilometer-per-hour (93-mile-per-hour) pitch to send the ball over the protective netting behind home plate and into the 79-year-old woman’s head. According to a coroner’s report, Goldbloom died four days later from head trauma. An estimated 1,750 fans are struck by foul balls every season, but Goldbloom’s death was the first in nearly 50 years. While many of the injuries are serious, only two other deaths by foul balls—one in 1943 and another in 1970—have been reported.

Thanks to the “Baseball Rule,” American major league baseball teams cannot be held liable for the injuries inflicted on spectators. As long as the team offers some protected seating in the areas where foul balls are most likely to cause injuries (e.g., the netting that hangs behind home plate), it has met the standard of reasonable care. Most MLB tickets even feature a disclaimer warning that fans sitting outside the protected zone do so at their own risk.[1]

Baba Yanyan was in her stroller on the street when something fell from an apartment building. A metal ball, one that is used for hand and wrist exercises, fell eight stories and struck the child in the head. Yanyan died hours later in the hospital.

Police were unable to identify the owner of the metal ball despite a door-to-door investigation of the apartment building’s 121 households. Without recompense for the criminal matter, the child’s family took their case to court. Families in the building were ordered to pay a “gift” to the family as compensation. Falling objects from apartment buildings is a persistent problem in China.[2]

In 1989, a 23-year-old painter was dubbed “Death Wish” because of his continuously reckless behavior. He’d smash tumblers on his face, slash his wrists with sharp objects, and swallow things like keys and glass. Local police described the man as “of good health physically but of low intellect.”

One of his favorite tricks involved swallowing and then regurgitating a pool ball. His friends had seen the stunt numerous times and paid little attention when Death Wish attempted it again after a night of heavy drinking. But this time, something went wrong.

Death Wish ran out of the pub, collapsed in the street, and turned blue. His friends were able to get their hands on the ball but could not extricate it. An ambulance team arrived and attempted to insert an airway tube, but it was too late. The pool ball obstructed the throat and prevented intubation. Fifteen minutes after swallowing the pool ball, the young man was dead.

Postmortem dissection revealed a white cue ball lodged firmly in the man’s throat. The cause of death was “suffocation secondary to an impacted foreign body in the throat.”

Every other time Death Wish performed this trick, he swallowed one of the colored pool balls, which measured 5.03 cm (2 inches) in diameter. Unfortunately, on that fateful night, the trickster swallowed the white cue ball, which at 4.75 cm (1.87 inches) is only slightly smaller in diameter but exponentially smaller in volume: the perfect size to lodge in the man’s pharynx.[3]

More than 30 police officers combed the Fort Worth, Texas, area searching for Sida Osman. The 5-year-old boy had been playing in front of his apartment building when he disappeared. His badly beaten body was discovered in a vacant lot the next day.

Another boy, age 14, admitted to beating Sida with a bowling ball because he found the child “irritating.” Prosecutors revealed that the teen struck the boy multiple times before straddling him to deliver a final blow, much like “spiking a football.” The killer wiped his fingerprints from the ball before tossing it into a nearby yard. While Sida’s family was frantically searching for him, the teen reportedly brought friends to the scene to show off his handiwork.

Unfortunately, the murderer was not eligible to be tried as an adult. At a detention hearing, he tearfully confessed as part of a plea deal and was sentenced to 23 years in prison. The first two years of his sentence would be spent in a juvenile detention center and the remainder in state prison.

The Osman family were refugees from Somalia, coming to America to escape their country’s violence. [4]

In the 1983 Boy’s Single Final of the U.S. Open, 17-year-old Edberg delivered a powerful serve that struck linesman Richard Wertheim. The ball hit Wertheim in the groin and knocked the linesman off-balance. He fell backward and hit his head on the court.

One week later, Wertheim died in the hospital of a subdural hematoma. It was the blow to the head—and not the injury to the groin—that killed the linesman, but Edberg was so regretful that he nearly quit the sport altogether. Instead, the teen ended up winning the ’83 Final and completed the Grand Slam of Juniors.

Wertheim’s family sued the U.S. Tennis Association for $2.25 million, accusing the association of failing to provide adequate safety precautions for umpires. An attorney for the family said that Edberg was a “very prodigious player with a lot of speed,” noting that tennis balls hit by professional athletes have been clocked at speeds greater than 160 kilometers per hour (100 miles per hour).[5]

For centuries, yoga has provided physical, emotional, and spiritual well-being to those who commit to it. But in this freaky case, yoga—more specifically, a yoga ball—led two women to their untimely deaths.

Khaw Kim-sum, an anesthesiologist and associate professor at the Chinese University of Hong Kong, is serving a life sentence in Hong Kong for murdering his wife, Wong Siew-fing, and 16-year-old daughter, Lily. The 53-year-old from Malaysia purportedly wanted to get rid of the women so he could continue his affair with a student.

Kim-sum filled an inflatable yoga ball with poison gas and placed it in the trunk of the family’s yellow Mini Cooper. The gas leaked out and killed Siew-fing and Lily, who were discovered by the roadside in their locked car.

The women were pronounced dead at the same hospital in which Kim-sum worked. A postmortem examination concluded that they had died from inhaling carbon monoxide. During the trial, witnesses revealed that Kim-sum told them he planned to use the gas on rabbits. He had told police that he had intended to use it to get rid of rats in his home. The professor also suggested that his daughter knew the ball contained carbon monoxide gas and may have been trying to commit suicide.[1]

Mike gets hit by a racquetball

Very little was reported about a man who died while playing racquetball. While the vigorous sport is notorious for causing heart attacks, it was not a heart attack that killed this player.

This story was reported in a South Florida Sun-Sentinel article about bizarre deaths. An unnamed man was playing racquetball with his wife. On a return, the woman struck her husband in the side with the ball. The man had no idea that the strike had ruptured his spleen, and he continued playing. A short time later, he hemorrhaged to death.[7]

Ruptures to the spleen are most often caused by a direct blow to the abdomen. The symptoms—pain and bruising—do not always appear immediately.

Cricket players wear helmets, but the helmets do not protect everything. During a cricket match between South Australia and New South Wales, 25-year-old Phillip Hughes was struck by the ball. The ball hit the unprotected area just below Hughes’s left ear. He immediately collapsed, was rushed to the hospital, underwent surgery, and was placed into an induced coma.

The “sport-related blunt-force cerebrovascular injury,” a vertebral artery dissection, led to a hemorrhage. Hughes died two days later, just three days shy of his 26th birthday. Improvements were made to the cricket helmet, but the added guards do not protect the vulnerable area of the neck on which Hughes was struck. A review concluded that the incident was purely accidental, and any changes made to improve safety during the review period would not have prevented it.[8]

Why Irish Hurling Is the Fastest Game on Grass

Harry Byrne, age 13, died on the playground at St. Kieran’s College in Ireland. The student was hit in the head by a sliotar, or hurling ball, during a lunchtime recess. He was rushed to the hospital but succumbed to his injury.

Hurling is a tradition in Ireland, where it is common to see “young lads walking up and down the street with hurleys in their hand, not mobile phones.” The hard, solid hurling sliotar is about the size of a tennis ball. It features a cork core covered by stitched leather and has a mass between 110 and 120 grams (about 4 ounces or ⅓ pound).

Hurling is a big deal at St. Kieran’s, and students strive to make the school team and go still further afterward. Young Mr. Byrne was a talented hurler who had won two under-14 championship medals. The school described the incident as a “freak accident” that occurred while the children were playing normally.[9]

Allie Brodie, age 18, had just started her freshman year at the University of Alabama when tragedy struck. While playing soccer during a student ministry retreat for her Christian sorority, Brodie was hit in the head and suffered a severe brain injury.

The freshman’s symptoms got progressively worse in the days following the soccer game. She underwent two brain emergency surgeries and spent weeks in a medically induced coma. She was diagnosed with a rare condition she’d had since birth: a tangle of abnormal blood vessels in the brain that divert blood away from normal brain tissue. The soccer ball triggered internal bleeding in the young woman’s brain.

Brodie remained in the coma but later died from complications of the resulting pneumonia.[10] 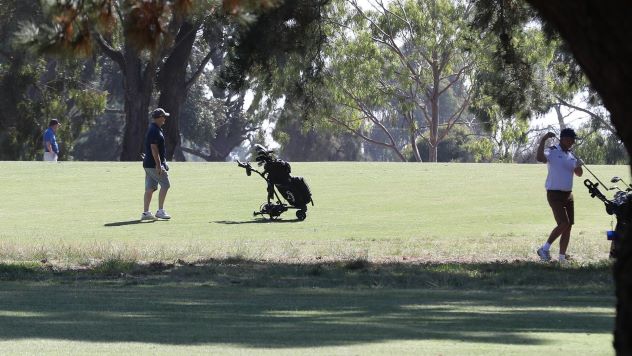 A freak accident on the course led to the death of Australian golfer Rod Gurney in 2021. The 69-year-old was struck in the head by a ball hit by a fellow player. Gurney was attended to at the scene by paramedics but declined to seek additional medical treatment. Over the next few days, however, his condition worsened, and he was admitted to the hospital, where he died.

“Although this death was tragic and sudden,” said his family, “we are heartened to know that he passed doing something he loved.”[11]