10 Mysterious Disappearances in the Alaska Triangle

Alaska, America’s 49th state, is home to 17 of the country’s 20 highest peaks, more than 100,000 glaciers, and over half of the nation’s wilderness. But this state isn’t just holding some impressive stats. It hides a dark secret: it’s home to more than 16,000 disappearances within the Alaska Triangle.

Located between Utqiagvik, Anchorage, and Juneau, the region famous for Bigfoot sightings, vanishing airplanes, paranormal phenomena, and alien abduction continues to give experts sleepless nights. Even though it gets considerably less attention and publicity than its counterpart, the Bermuda Triangle, the Alaska Triangle has a far higher rate of unexplained disappearances.

Here, of the many cases, we discuss the top ten mysterious disappearances associated with the Alaska Triangle.

Richard Lyman Griffiths is famous for inventing a wilderness survival cocoon that he so desperately wanted to test its viability. The summer of 2006 seemed the perfect time for him to do so. Nobody questioned his motives when he left for the wilderness of southeast Alaska. It took over a year for anyone to report him missing.

Upon investigation, the authorities figured that a bus had dropped him along the Alaska Highway, where he checked into a lodge near the White River. Here, he left some of his gear and informed some people that he was planning to go camping in McCarthy, a small town near the St. Elias National Park. However, when Richard took to the hills, he never returned.

While most people believed he was testing his wilderness cocoon, no one bothered to check whether he was okay until several months after. To date, Richard’s body or cocoon traces have never been found. Given that he disappeared in a region within the Alaska Triangle, he joined the list of the over 16,000 people that have never made it back.

3 Most Famous Unsolved Mysteries of Alaska US

Alan Foster might not be a popular figure, but he, too, makes the list of the people who have mysteriously disappeared in the Alaska Triangle. On September 9, 2013, Alan flew a Piper PA-32-260, which was later reported missing while traveling over the Alaska Triangle region.

The National Transport Safety Board reports that Alan had been flying under a visual flight rules flight plan, fueled at Yakutat, and continued flying around 3:30 p.m. He even contacted Juneau flight service, indicating that he would stop at Cordova if the conditions dictated. However, 18 minutes after takeoff, somewhere between Malaspina Glacier and the Gulf of Alaska, the radar showed Alan’s aircraft descending to about 1,100 feet before disappearing.

No one ever heard from Alan Foster again, and no remains of his body nor the aircraft have since been found at the time of writing. Alan’s disappearance is bizarre because he was experienced. He had over 9,700 flight hours in various aircraft, he kept asking for key details before and during his flight, and he never reported any problems before disappearing. The only suspicious factor is where he disappeared: the Alaska Triangle. 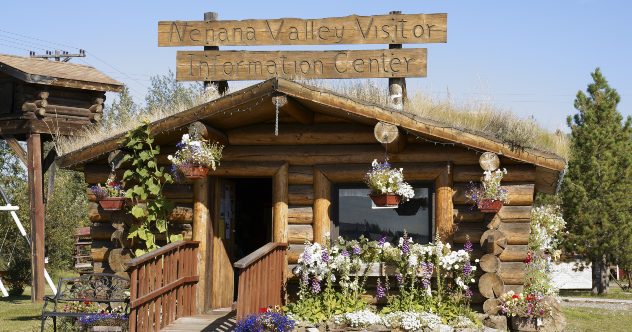 A traditional educator and mentor on subsistence living, hunting, and culture, Frank Minano was reported missing from Nenana on August 17, 2020. He joins the thousands of people who have succumbed to the wrath of the deadly Alaska Triangle.

There is very little information available about Minano’s disappearance. The police only know that he took shelter in a nearby cabin on the first day that he was reported missing. Several years later, there is no trace of his remains whatsoever. Sadly, this mysterious disappearance is typical for most victims of the Alaska Triangle—very little information is available, but people keep going missing. 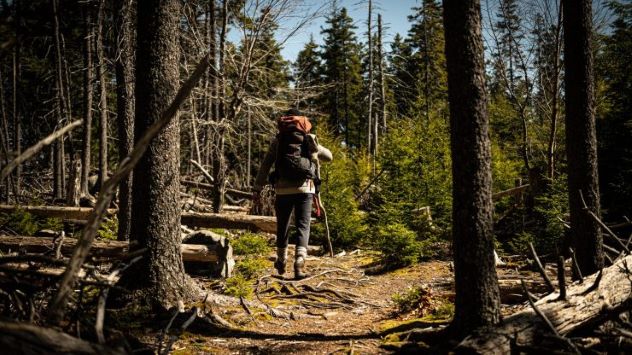 Leonard Lane was a 73-year-old World War II veteran at the time of his disappearance. On the evening of July 4, 1995, Leonard was reported missing after a parade in Fairbanks. He vanished in the Alaska Triangle, where he had taken a walk. Those who had seen him moments before he went missing say that he was limping, probably because of the injuries sustained during the war.

Typical to the other cases where people have gone missing mysteriously at the Alaska Triangle, police have no leads as to what might have happened to Leonard. Two years later, in 1997, he was declared legally dead, but his case remains unsolved.

Thomas Anthony Nuzzi was a well-known nurse who traveled throughout Alaska, picking up different shifts in various locations. He had a well-paying job and a perfect mode of transport but obviously no permanent residence address.

For someone who is always on the go, it’s tough to know their whereabouts unless they want you to know. Given that this was 2001, the task was even harder. However, it wouldn’t be challenging for an employer to notice a missing employee, which is precisely what happened.

While staying at a Super 8 motel in Anchorage, Nuzzi was reported missing after failing to show up for work in Bethel, Alaska, a short flight from where he was staying. Investigators’ reports indicate that Nuzzi was spotted buying a pack of cigarettes, a lighter, chips, and soda at a gas station the night before he was reported missing. The reports also show that he was in the company of a woman. Upon questioning the staff of the Super 8 motel, some said that a different man was spotted in Nuzzi’s room on that same night that he went missing. While his bicycle and Jeep were later found, no one really knows where Nuzzi vanished to date.

On June 3, 2019, Shanna Oman vanished after leaving her friend’s house in Fairbanks, Alaska, around noon. Following her visit, Shanna’s friend dropped her at Nico River, close to where she lived. When Shanna was entirely out of sight, her friend concluded she was okay. However, several hours later, Shanna’s roommate called the friend that Shanna had visited earlier, indicating that she had not arrived home.

After filing a missing person’s case, the authorities combed the area. Even though it sounds repetitive, Shanna was never seen again. To date, no one really knows what happened to her as soon as “she walked away” from her friend’s house. Either way, she joins the list of mysterious disappearances in the Alaska Triangle.

Paul Michael Lemaitre, a 65-year-old marathoner, was competing for the first time in the 85th edition of the Mount Marathon Race when he suddenly disappeared from the face of the earth. Usually, participants have to run up the thick-forested mountain and navigate through creeks for about three and a half miles.

Like any other competition, the Mount Marathon Race has its fair share of trouble, but none that involves sudden disappearance, which was the case for Lemaitre. The last person to see Lemaitre was a race steward. He remembered seeing him ascend to the turnaround point about 200 feet from the finish line.

Even though the weather conditions were foggy, the steward says he saw no problem for the runner. If anything, when asked his bib number, Lemaitre replied “548,” indicating that he was still conscious. However, this was Lemaitre’s last time ever seen or heard of. All the efforts by mountain rescue experts, state troopers, and search dogs proved futile. Was the fog part of Alaska’s Triangle evil doings to get its man? No one knows for sure.

165 | The Disappearance of Jael Hamblen: Pretty in Pink

Last seen in the trailside loop area in southern anchorage, Alaska, a lady identified as Jael Tiara Hamblen was reported missing on October 11, 2014, in what appears to be a mixture of homicide and unexplained dark forces of the Alaska Triangle.

After having dinner with her roommate, Kendra Vincent Estrada, Hamblen thought of going out again, but her roommate opted to sleep since it was already 10 p.m. It is said that Hamblen was feeling upset on the said night because of relationship issues that she was having with an unnamed man. She opted to text another man asking if they could go out, to which he seemingly agreed.

Tragedy struck when Estrada couldn’t connect with Hamblen on the phone. It is unknown what happened on the night when the two left, but given that this is the Alaska Triangle we are talking about, anything could have happened. Apart from her purse and vehicle that were later recovered, there is no trace of Hamblen’s remains or whereabouts.

On the morning of January 26, 1950, Robert Espe, a master sergeant in the U.S. Air Force, waved goodbye to his wife, not knowing it was the last time they would see each other alive. As Robert and the other 43 passengers boarded the Douglas C-54D Skymaster, all was set for the journey to Montana to begin. Usually, all airborne aircraft must be in constant communication with the operators at the airport. However, this Skymaster cut off all communications moments after takeoff.

With friends and relatives waiting in Minnesota, their loved ones never arrived as fate would have. Very few cases of disappearances around the Alaska Triangle had been reported at the time. Over 75 Canadian and U.S. aircraft were assigned to look for the missing plane to no avail. The aircraft and the passengers’ remains have never been recovered.

1 The Disappearance of U.S. Reps. Nick Begich and Hale Boggs

The DISAPPEARANCE OF HALE BOGGS & The Chilling Theories

If you thought only the Alaska Triangle only targets the “small fish,” you are wrong. In fact, one of the earliest victims was the country’s top powerful men in the form of Hale Boggs, the House majority leader from Louisiana, and Nick Begich, a freshman congressman from Alaska.

Together with their aides, the two had embarked on a journey that involved passing over Anchorage and Juneau in Alaska. However, their small plane vanished mid-air, prompting the government to call all hands on deck in a bid to locate the aircraft.

Several months later, no bodies or plane wreckage was recovered, ending the mission. Nobody really knows what happened to the famous figures, but we can all say with certainty that the Alaska Triangle must have played a part.