When it comes to headlines, Florida men are a breed all their own. And we’re not just talking about the fact that they have more guns than any other state in America—though it’s true that they do. We’re talking about their weird, wild headlines. So we thought: What better way to celebrate the year 2022 than with a list of 10 crazy headlines that prove Florida men are a different breed. Are you ready to be shocked?

Ever since the dawn of time, there have been men who are just different. Whether it’s the way they dress, how they talk, or even their hairstyles, these Florida men know how to stand out in a crowd. You’ve heard it before, and you know it’s true. Florida men are a breed apart—they’re the kind of men who will do anything to get what they want, even if it means running through a drive-thru with their clothes off or putting a live alligator in their pants.

Here are just some of the occurrences that prove how these Florida men are just different:

Have you ever seen someone get arrested because he threw a tantrum over bacon? Yup, that’s probably not an uncommon scenario when you go to Florida. When the Cape Coral police received calls claiming that there was some “disturbance,” they quickly responded. Upon arriving at the Waffle House (where else would it be?), they saw a shirtless man yelling at the employees for the way his bacon was cooked.

Currently, the man is in jail and is charged with intoxication as well as resisting arrest. Though it’s a bit bizarre to be arrested because of bacon, it surely is also a lesson learned: do not let bacon get on your nerves![1]

It’s not all the time you hear about stolen crossbows—they’re hard to hide, and they might even potentially hurt you as you run away from authorities. However, that’s not entirely the case with Darren Durrant from Florida. Though he was able to walk out of the store undetected, they were able to trace back that he was the one who stole the crossbow.

The crazy part? He actually stored it inside his pants. Yup, you didn’t read that part wrong. A crossbow inside his pants—talk about a fiasco indeed. Even if he was in danger of injury with how he hid such an item, Durrant and his antics have definitely proven to us that you can actually hide a crossbow inside your pants! He left undetected (the crutch was a nice touch) but was spotted in a restaurant’s parking lot, where he even tried to run away from the police. The attempt was unsuccessful, though, as he was arrested and jailed. [2]

8 The Naked Man with a Barbell 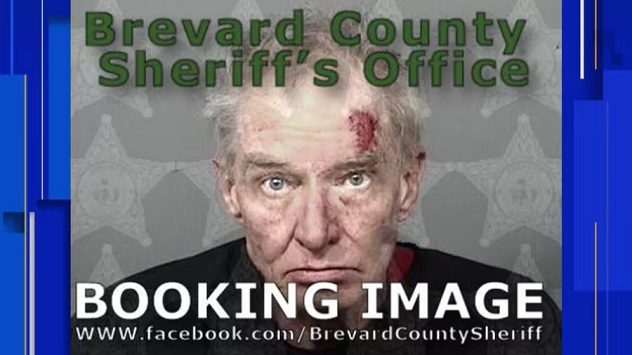 Imagine waking up to your 62-year-old neighbor as he’s banging a barbell on the door… while naked. That is actually not unlikely if you find yourself living in Florida, so be prepared. Larry Gardner was confronted by a neighbor as he was hitting a sliding glass door to another person’s home. The neighbor confronted Gardner, who threatened to kill him.

Gardner eventually dropped the barbell but picked up a metal pipe near the home and continued threatening his neighbor. After finally being tackled by two good Samaritans, the police arrived, and Gardner was arrested for assault and armed burglary. Definitely not something you’d expect on a Monday evening.[3]

If you claim to be Spiderman’s number one fan, you definitely have to think again after reading about Ramila Alanis and the world record that he broke. In honor of his late grandmother, who he also saw as his number-one supporter, he wanted to be the record holder after losing the title in 2021. With that, this man spent over $3,400 watching Spider-Man: No Way Home 292 times. Yup, 292 times.

Not only that, but because the requirements for the record state you have to watch this movie without doing anything else like using your phone, going to the restroom, or even sleeping, it is safe to say that Alanis may have already memorized the dialogue and the screenplay. That’s a lot, just to have that title.

Though it took him approximately 720 hours (that’s 30 days) to watch the movie 292 times while juggling his personal life and work commitments, he was actually very successful in achieving this groundbreaking and amazing world record! Would you do something like this, too?[4]

Wouldn’t it be heartbreaking to purchase a supercar only for it to be crashed just a week later? That was actually what happened with Robert Guarini. What seemed to be a normal day for him definitely turned into something else when he crashed his 2006 Heritage Edition Ford GT. While not a new car, he had just gotten it at an auction, paying a whopping $704,000 for it.

When asked by the authorities why this happened, apparently, he was unfamiliar with how the stick shift worked. However, authorities found out later on that Guarini actually had a suspended license and didn’t even have the registration or insurance for the car that he bought. Not only was his car damaged and crashed, but he also got cited for driving with a suspended license and not having the car registered or insurance![5]

Florida isn’t just home to weird cases of theft and robbery, but it is also popular because of how interesting its people can be. When living in Florida, it surely should not come as a surprise to you when someone just decides to upload a bomb-making video out of the blue. Yes, it actually happened. Romeo Xavier Langhorne, a 32-year-old, was caught doing just that.

According to the prosecutors, he even pledged his allegiance to ISIS. That prompted him to upload a video on how to make bombs, hoping it would be helpful to the group with whatever they wanted to do. An FBI agent—undercover as an ISIS representative—was actually the one who caught him. Because of this, Langhorne was sentenced to 20 years in prison.[6]

When in Florida, naked men that want to rob you are a common thing. So if you find yourself visiting the state or even have plans of living there, definitely take this bizarre occurrence into consideration because you might just find yourself in such a situation! What seemed a normal day for this surveyor turned into something else when a naked man ran after him with a machete as he demanded clothes and other stuff like his wallet and even his phone.

This naked man actually came out of nowhere, taking everyone by surprise with what he did. After throwing a machete at the worker who handed over what he was asking for, the naked man then jumped into a vehicle and drove to a nearby gas station. Though the surveyor was struck with a machete, he, fortunately, didn’t receive any serious injuries.

After yelling at people driving by and a comical push-up display, the Florida authorities were able to take the nude assailant into custody. With that, he was charged with attempted robbery with a deadly weapon. However, it was later discovered that this man also had mental health issues. Definitely an interesting case![7]

3 Florida Man Wakeboards Behind a Truck After Hurricane Ian

Yup, you read that correctly. Time and time again, it’s been proven that the men in Florida never disappoint with their many adventures. They seem to live keeping everyone entertained—like this guy right here!

Right after the disastrous Hurricane Ian hit the central west coast of Florida this past summer, many witnesses saw a man wakeboarding on the streets behind a truck. His surfing escapade garnered much attention on social media, with spectators cheering the man on. The comments were almost as comical, with one user citing, “Nothing is more American than this.” Another user topped the comments, though, with his observation about the sprinklers being on at the golf course in the background.

Would you ever do such a crazy thing? If we’re being honest, wakeboarding in the streets doesn’t sound like a very bad thing either, as long as you’re careful![8] 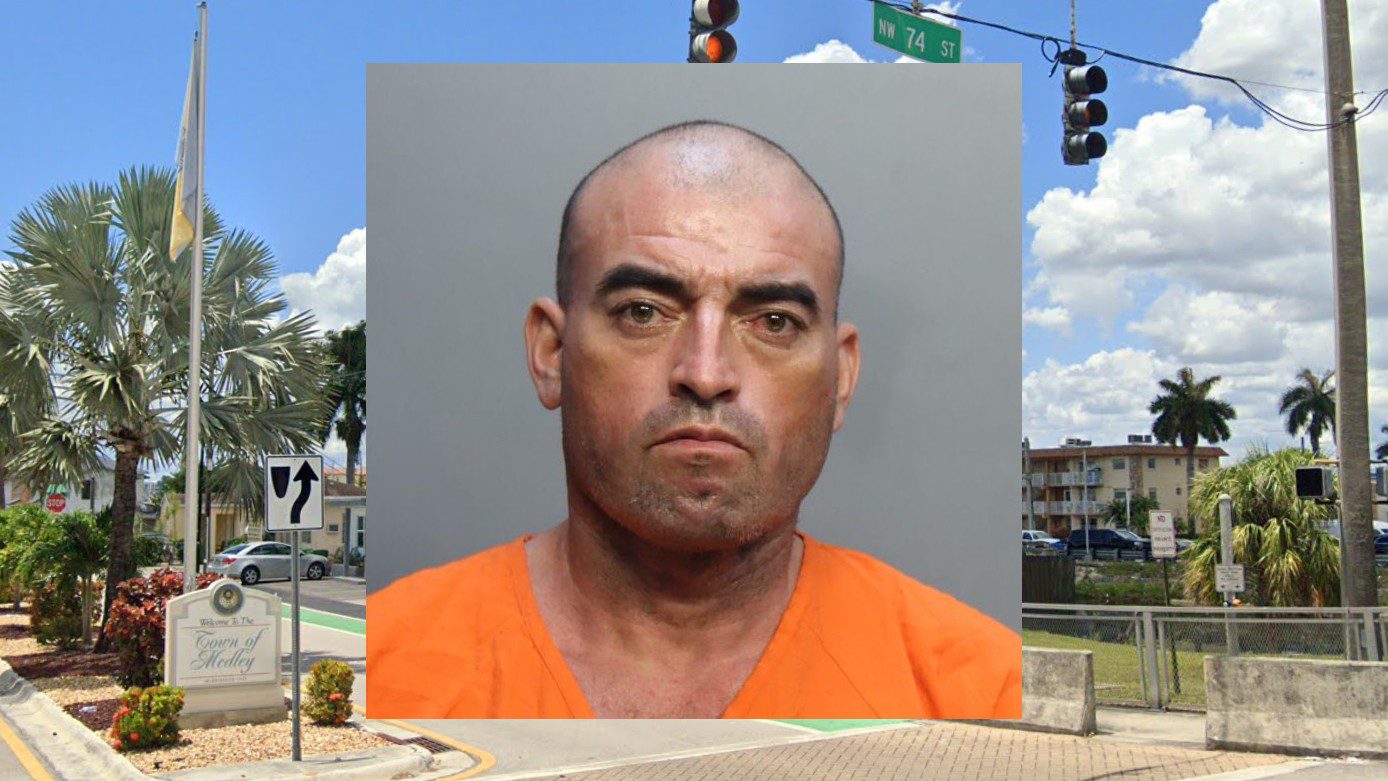 At this point, every time you hear about a machete and a naked man, you might instantly think about Florida and how incidents like this seem like a common thing to happen to the residents living there. Imagine riding a bicycle when suddenly a naked man pops out of nowhere and attacks you with a machete? It sounds unlikely, right? However, nothing here in Florida seems to be impossible because this actually happened!

Roberto Hercules, 45, attacked a woman while she was riding a bicycle around town. After being rejected and turned down after asking her for a crack pipe that she didn’t even have, Hercules hit and chased her with a machete. Even as the woman tried to run away from Hercules and jump off her bicycle, she was still struck with the weapon multiple times. Fortunately, she survived. Later, the police found the assailant sleeping, still naked, with a cowboy hat. He was arrested and charged with attempted murder, attempted armed robbery, and aggravated battery with a weapon.[9]

1 Man in Florida Pays Rent to a Fake House Owner

Orlando man says he paid rent to fake homeowner for months, now might have to move out

Nothing beats the frustration of having to pay your rent monthly, especially if you’re the cost comes at a big price, right? However, what if you find out that you’ve been paying your rent to someone that’s not even your landlord? This is what happened to Isaac Aviles, a 19-year-old who got conned by what seemed to be a fake owner of the house!

It was only three months later when he found out that the man he had been paying $1200 a month to was a rental scammer! He never met the supposed landlord and only spoke to him on the phone. The 3-bedroom home in Orlando seemed like a good deal–too good, it seemed—as the true rent for the home is double what Aviles was paying. Because real estate scams are a common occurrence in Florida and elsewhere, you definitely have to watch out because you might be the next victim.[10]