Many great writers have lived for only a short time – but have left behind them a great legacy in literature. This is a list of ten of the great writers who have died before their time. For the sake of keeping order in the list, I am only including writers that died under the age of 40. 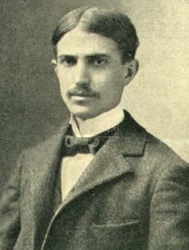 Crane was an American novelist, poet, and short-story writer, best known for his novels Maggie: A Girl of the Streets (1893), The Red Badge of Courage (1895), the short stories “The Open Boat,” “The Bride Comes to Yellow Sky,” and “The Blue Hotel.” Stephen’s father, Jonathan Crane, was a Methodist minister who died in 1880, leaving Stephen, the youngest of 14 children, to be reared by his devout, strong-minded mother. After attending preparatory school at the Claverack College (1888–90), Crane spent less than two years at college and then went to New York City to live in a medical students’ boardinghouse while freelancing his way to a literary career. While alternating bohemian student life and explorations of the Bowery slums with visits to genteel relatives in the country near Port Jervis, N.Y., Crane wrote his first book, Maggie: A Girl of the Streets (1893), a sympathetic study of an innocent and abused slum girl’s descent into prostitution and her eventual suicide.

Become a better writer with Write Good or Die at Amazon.com! 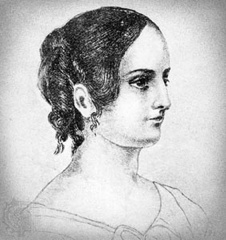 Anne Brontë was an English poet and novelist, sister of Charlotte and Emily Brontë and author of Agnes Grey (1847) and The Tenant of Wildfell Hall (1848). The youngest of six children of Patrick and Marie Brontë, Anne was taught in the family’s Haworth home and at Roe Head School. With her sister Emily, she invented the imaginary kingdom of Gondal, about which they wrote verse and prose (the latter now lost) from the early 1830s until 1845. She took a position as governess briefly in 1839 and then again for four years, 1841–45, with the Robinsons, the family of a clergyman, at Thorpe Green, near York. There her irresponsible brother, Branwell, joined her in 1843, intending to serve as a tutor. Like her sisters, she fell ill with tuberculosis toward the end of 1848 and died the following May. 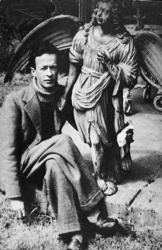 Denton Welch was an English painter and novelist chiefly remembered for two imaginative novels of adolescence, Maiden Voyage (1943) and In Youth Is Pleasure (1944). Welch was educated at Repton School in Derbyshire. After a visit to China he studied painting at the Goldsmith School of Art. In 1935, while still at school, he was severely injured in a cycling accident that left him an invalid for the rest of his life; but he continued painting, exhibiting frequently at the Leicester galleries, and writing. He died of spinal tuberculosis. 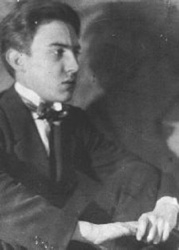 Radiguet was a precocious French novelist and poet who wrote at 17 a masterpiece of astonishing insight and stylistic excellence, Le Diable au corps (1923; The Devil in the Flesh), which remains a unique expression of the poetry and perversity of an adolescent boy’s love. At 16 Radiguet took Paris by storm and joined the frenzied life of the leading post-World War I figures in the Dadaist and Cubist circles, including Guillaume Apollinaire, Max Jacob, Erik Satie, and, especially, Jean Cocteau, whose protégé (and alleged lover) he became. Radiguet died of typhoid, his body wasted by dissipation and alcoholism. In reaction to his death, Francis Poulenc wrote, “For two days I was unable to do anything, I was so stunned” (Ivry 1996). 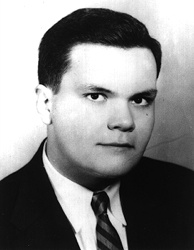 John Kennedy Toole (December 17, 1937 – March 26, 1969) was an American novelist from New Orleans, Louisiana, best known for his novel A Confederacy of Dunces. Toole’s novels remained unpublished during his lifetime. Some years after his death by suicide, Toole’s mother brought the manuscript of A Confederacy of Dunces to the attention of the novelist Walker Percy, who ushered the book into print. In 1981 Toole was posthumously awarded the Pulitzer Prize for Fiction. Toole committed suicide on March 26, 1969, after disappearing from New Orleans, by putting one end of a garden hose into the exhaust pipe of his car and the other into the window of the car in which he was sitting. The suicide note he left was destroyed by his mother, who made conflicting statements as to its general contents. He was buried at Greenwood Cemetery in New Orleans. 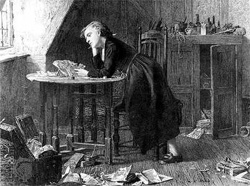 Thomas Chatterton was a chief poet of the 18th-century “Gothic” literary revival, England’s youngest writer of mature verse, and precursor of the Romantic Movement. At first considered slow in learning, Chatterton had a tearful childhood, choosing the solitude of an attic and making no progress with his alphabet. One day, seeing his mother tear up as wastepaper one of his father’s old French musical folios, the boy was entranced by its illuminated capital letters, and his intellect began to be engaged. He learned to read far in advance of his age but only from old materials, music folios, a black-letter Bible, and muniments taken by his father from a chest in the Church of St. Mary Redcliffe. Though literally starving, Chatterton refused the food of friends and, on the night of August 24, 1770, took arsenic in his Holborn garret and died. 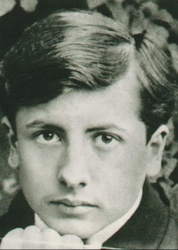 Alain-Fournier is the pseudonym of Henri-Alban Fournier, a French writer whose only completed novel, Le Grand Meaulnes (1913; The Wanderer, or The Lost Domain), is a modern classic. Based on his happy childhood in a remote village in central France, Alain-Fournier’s novel reflects his longing for a lost world of delight. The hero, an idealistic but forceful schoolboy, runs away and at a children’s party in a decrepit country house meets a beautiful girl. The rest of the novel describes his search for her and for the house and the mood of wonderment he knew there. Its outstanding quality is evocation of an atmosphere of otherworldly nostalgia, against a realistically observed rural background. 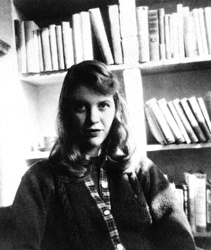 Sylvia Plath was an American poet and novelist whose best-known works are preoccupied with alienation, death, and self-destruction. Plath published her first poem at age eight. She entered and won many literary contests and while still in high school sold her first poem, to Seventeen magazine. She entered Smith College on a scholarship in 1951 and was a cowinner of the Mademoiselle magazine fiction contest in 1952. Despite her remarkable artistic, academic, and social success at Smith, Plath suffered from severe depression and underwent a period of psychiatric hospitalization. She killed herself with gas from an oven at the age of 30. 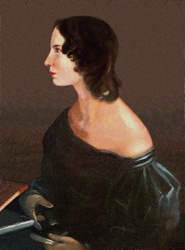 Emily Brontë wrote under the pseudonym of Ellis Bell. She was an English novelist and poet who produced but one novel, Wuthering Heights (1847), a highly imaginative novel of passion and hate set on the Yorkshire moors. Emily was perhaps the greatest of the three Brontë sisters, but the record of her life is extremely meagre, for she was silent and reserved and left no correspondence of interest, and her single novel darkens rather than solves the mystery of her spiritual existence. She died of tuberculosis at the age of 30. 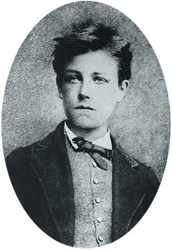 French poet and adventurer who won renown among the Symbolist movement and markedly influenced modern poetry. As a boy he was a restless but brilliant student. By the age of fifteen he had won many prizes and composed original verses and dialogues in Latin. In 1870 his teacher Georges Izambard became Rimbaud’s literary mentor and his original French verses began to improve rapidly. He frequently ran away from home and may have briefly joined the Paris Commune of 1871, which he portrayed in his poem L’orgie parisienne. He returned to Paris in late September 1871 at the invitation of the eminent Symbolist poet Paul Verlaine (after Rimbaud had sent him a letter containing several samples of his work) and resided briefly in Verlaine’s home. Verlaine, who was married, promptly fell in love with the sullen, blue-eyed, overgrown (5 ft 10 in), light-brown-haired adolescent. They became lovers and led a wild, vagabond-like life spiced by absinthe and hashish. They scandalized the Parisian literary coterie on account of the outrageous behaviour of Rimbaud, the archetypical enfant terrible, who throughout this period continued to write strikingly visionary verse. Rimbaud stopped writing at the af 21. After living in Africa for many of the following years, Rimbaud developed right knee synovitis and subsequently a carcinoma in his right knee. He died in Marseille at the age of 37. 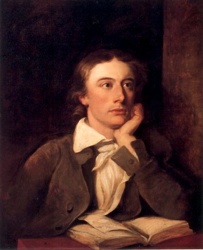 Keats was an English Romantic lyric poet who devoted his short life to the perfection of a poetry marked by vivid imagery, great sensuous appeal, and an attempt to express a philosophy through classical legend. In the summer of 1818 Keats went on a walking tour in the Lake District (of northern England) and Scotland with his friend Charles Brown, and his exposure and overexertions on that trip brought on the first symptoms of the tuberculosis of which he was to die. On his return to London a brutal criticism of his early poems appeared in Blackwood’s Magazine, followed by a similar attack on Endymion in the Quarterly Review. When Keats was ordered south for the winter, Joseph Severn undertook to accompany him to Rome. They sailed in September 1820, and from Naples they went to Rome, where in early December Keats had a relapse. Faithfully tended by Severn to the last, he died in Rome.