Fifty Shades of Gray ignited discussions around the world about deviant sexuality when it took bookshelves and bedrooms by storm, leaving readers wondering just how kinky its anonymous author really was. However, a bit of kink in a famous writer is hardly out of place. In fact, you’d be surprised just how many authors of required reading from your high school and college days had fetishes of one shade or another. 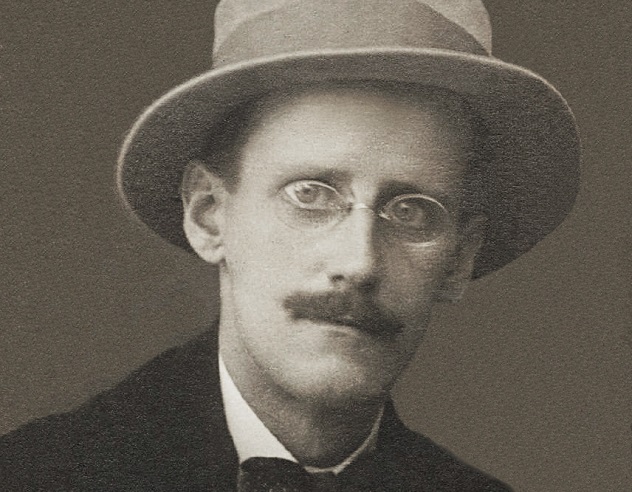 Joyce is considered by many to be the ultimate modern writer. A Portrait of the Artist as a Young Man is a powerful blend of autobiography and fiction that is discussed in undergraduate classes throughout the world. Meanwhile, his epic Ulysses is still pored over by the professors of those classes who find themselves still trying to unpack its meaning nearly a century later. 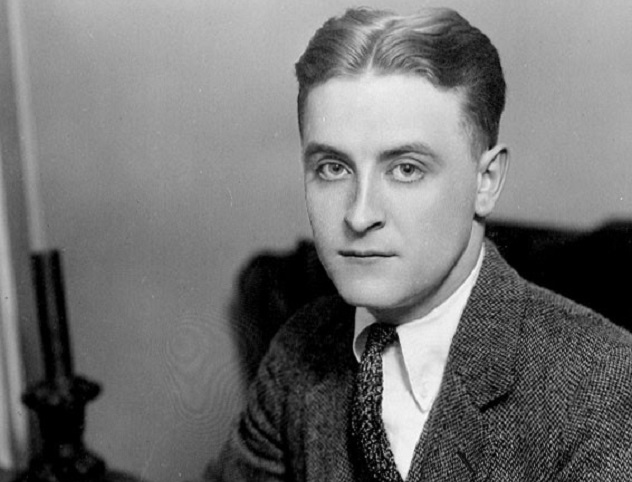 Fitzgerald has experienced a resurgence in recent years, with audiences flocking to the Bah Luhrmann adaptation of his greatest work, The Great Gatsby. It is undeniable that Fitzgerald most fully embodied in his works an America in transition, a land of unthinkable highs and unspeakable lows.

Fitzgerald’s romantic life was very similar. On one memorable occasion, Fitzgerald’s unstable wife, Zelda, accused Fitzgerald of a homosexual affair with Ernest Hemingway, so he visited a prostitute to prove his heterosexuality. It went over about as well as you would expect. Fitzgerald’s sexual hijinks didn’t stop there: According to Jeffrey Meyers, Fitzgerald had a foot fetish, though he never showed his own feet. While there’s no way of knowing if these rumors are true, the foot fetish might explain why he was attracted to Hemingway: Fitzgerald, too, had said farewell to arms. 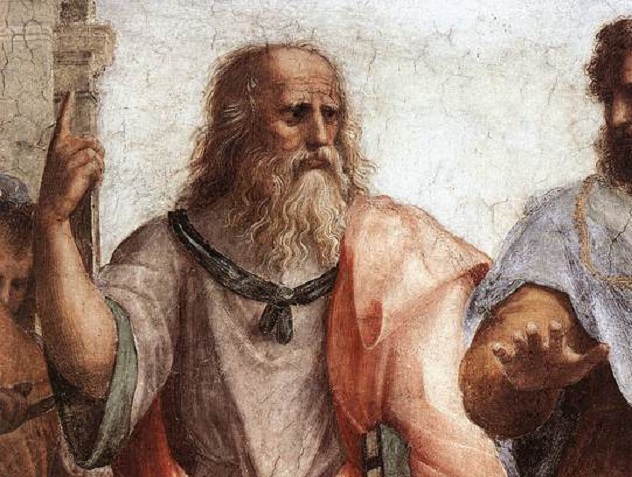 Culturally, we owe much to Plato: conceptions of love and friendship, knowledge of Socrates, and his parable of the cave, which told of the difference between perceived and actual reality long before Keanu Reeves and Laurence Fishburne donned sunglasses and leather in The Matrix.

We also owe to Plato the phrase “Platonic love.” Because of its explicitly non-romantic definition, many assumed Plato himself was sexually neutral. However, at different points in Plato’s life, the modern world would consider him quite kinky. In his Symposium, he advocates the benefits of men taking teenage boys as lovers. These boys would receive quite the cultural education and social connections, a kind of naked networking that Plato contended had enough power to topple tyrants. While this surprising attitude may seem like a relic of ancient times, Plato’s logic from the Symposium was later invoked by Oscar Wilde when he was on trial. 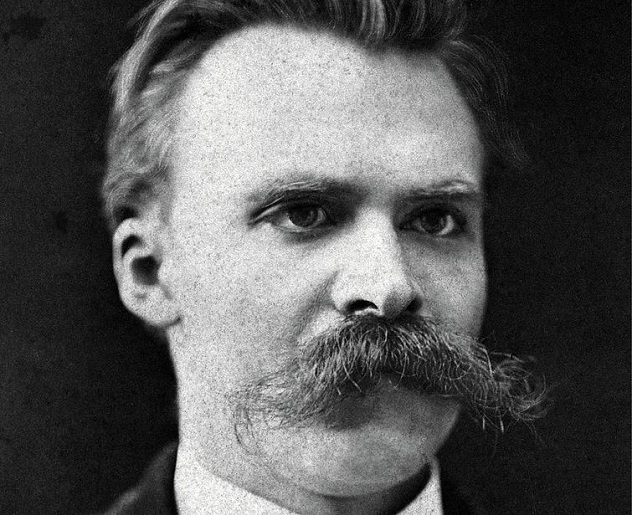 This brooding German philosopher brought us the notion that God was dead and invented the idea of a Superman long before anyone drew an alien in a red cape. Some of the nihilistic posturings of Nietzsche were recently echoed by godless Rust Cohle in HBO’s hit show True Detective.

However, Nietzsche was unlucky with the ladies, striking out on two marriage proposals to two different women. It is quite possible that this helped prompt the famously misogynistic attitude he has in some of his later writings. Perhaps because of either his rotten luck in love or charming attitude about women, Nietzsche was no stranger to visiting brothels. Unfortunately, one of these visits left Nietzsche with a parting gift: the syphilis that eventually led to his mental breakdown and death following over a decade of madness. On the upside, Nietzsche may have finally escaped those pesky women: According to a biography written in 2002, it was a male brothel and not a female one that led to his doom. Either way, he didn’t have to live long enough to see the trailer for God’s Not Dead. 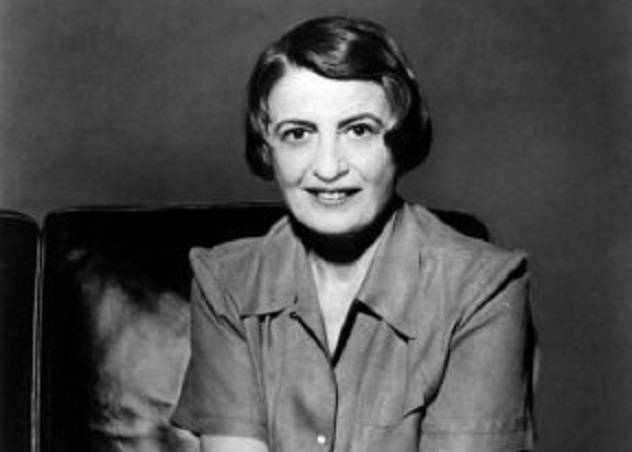 Ayn Rand is a conservative hero whose ideas about Objectivism have motivated many people to reexamine the role of the individual within a healthy, prosperous society. A large part of this role is motivated self-interest: By letting everyone do what is right for themselves, Rand believed society would prosper. Her views still resonate in the 21st century: They were satirized in the plot of the original Bioshock game and continue to be celebrated with everything from coffee mugs to graffiti asking “Who is John Galt?”

If Rand’s views on individualism and capitalism were ahead of her time, her views on sex and rape were far behind it. In The Fountainhead, Roark effectively forces himself on Dominique, but that’s not as disturbing as Rand’s defense of the scene. She stated that if that scene was rape, it was “rape by engraved invitation.” Put simply, Rand claims Dominique wanted to be taken against her will. Along with her idea that sex is an indicator of character, you might wonder why the invisible hand of the market didn’t scrub this scene. 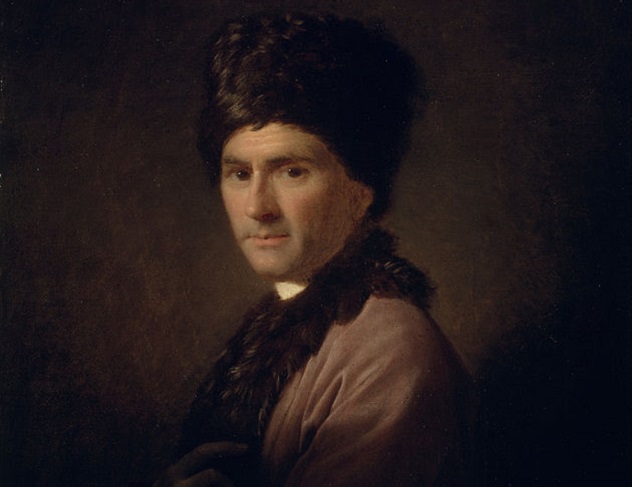 Rousseau was hugely influential in both his native France and the United States, which he barely lived to see formed. He wrote about the importance of citizens to both their government and community and greatly influenced our notions of private property, representative democracy, and the relationship between freedom and security within society.

He also helped to popularize the autobiography via his seminal Confessions. He honestly documented his highs and lows, thoughts and feelings, and on occasion, shameful arousal. The latter mostly came from the childhood spankings he received from an attractive caretaker in her early thirties. He got such a kick out of it that he spent his life chasing the dragon of old arousal by trying “to be at the knees of an imperious mistress” and “obey her orders and beg for her pardon.” While he famously wrote that “man is born free and everywhere he is in chains,” his own life helped illustrate that not all of them necessarily minded their punishment. 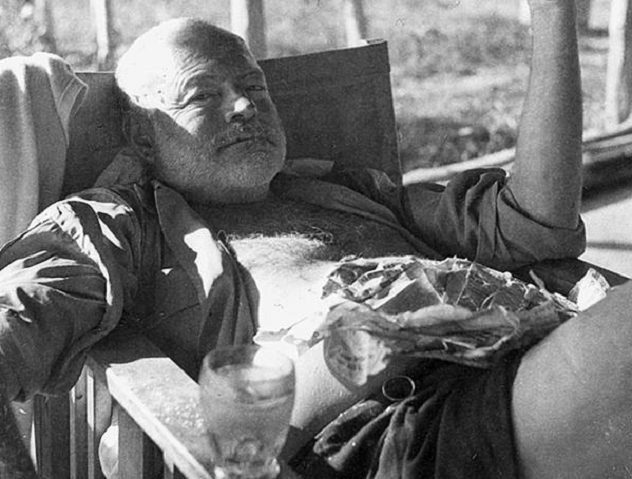 His own rugged masculinity did not keep him from having his own kinks and quirks. In addition to the aforementioned allegation by Zelda Fitzgerald that Hemingway had an affair with F. Scott, he flirted with actress Marlene Dietrich for decades, despite—or perhaps because of—the fact that they never physically hooked up.

This flirtation culminated with a long letter from Hemingway in which he imagines the actress being shot onto a stage and stripped, foaming at the mouth while Hemingway’s tank crushes people outside. On a more sentimental note, he says he is thankful that they never had enough “whore blood” to consummate their flirtation before promptly assuring her that he knows plenty of whores and doesn’t hate them. 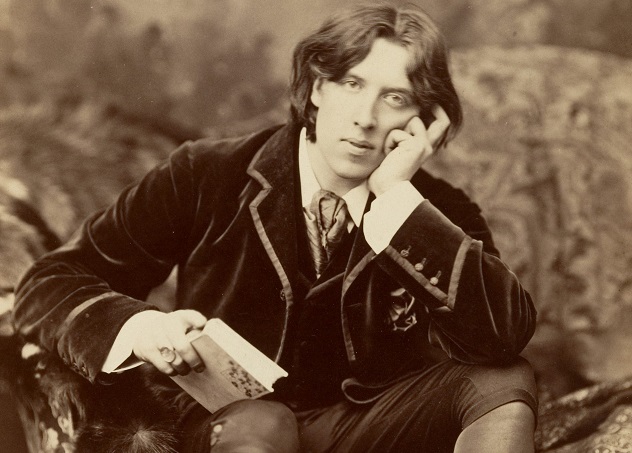 Wilde’s wit is legendary, and you have probably heard his words from the lips of your drunker and more literary friends. He is perhaps most known for The Importance of Being Earnest, a play that ruminates upon a man who is quite literally leading two lives.

Unfortunately, Wilde knew about double lives all too well. As a homosexual in a very homophobic England, he walked a fine line between blending in and being himself. However, when he seduced the wrong man—the son of the Marquess of Queensberry—it kicked off the first of three trials that revealed much of Wilde’s sordid life. This life included brothels, prostitutes, and several underage sexual partners. Wilde’s defense, in which he cited Plato, was less convincing than he had hoped, and the writer was ultimately sentenced to two years of hard labor. 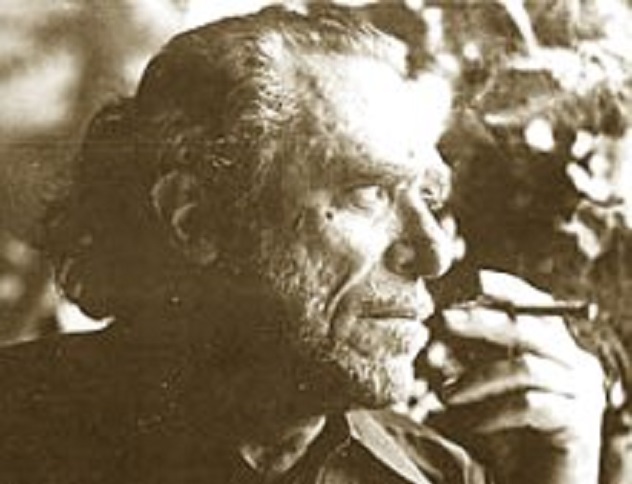 Even among sexual deviants, Bukowski is an author who stands out. A Los Angeles writer, Bukowski had to claw his way to respectability in Europe before finding a critical audience for his work. This work included blunt thoughts on sex and the importance of drinking, both of which the author took quite seriously in his own life.

In 1978, Bukowski published a book of poetry and prose called Women. In this book, a thinly veiled stand-in for Bukowski named Henry Chinaski vents his frustrated thoughts and feelings about all of the women he has slept with, almost all of whom are based on actual women from Bukowski’s life. It takes a special kind of misogynist to turn a series of sexual encounters into research for a book about how terrible women are. 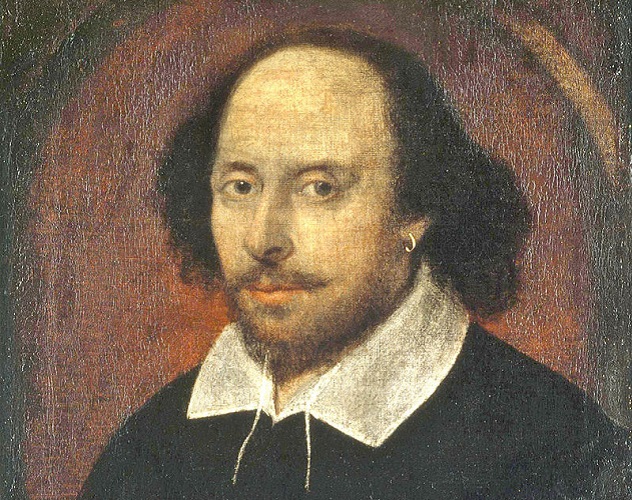 According to your old English teacher, Shakespeare is the greatest writer of all time. His plays have ruminated on life, love, and death, and his sonnets are crystalline structures of dense words and denser feeling.

When it comes to Shakespeare’s sex life, much of what we know is more likely rumor than fact. One of the juicier morsels comes from something written by John Manningham, a student of law who claimed that Shakespeare once overheard a prostitute making an arrangement for some later action with Richard Burbage. Sensing an opportunity, the Bard went immediately to the woman and made his own arrangement for right then and there. With the bad timing of one of his own tragedies, though, Shakespeare was allegedly in the middle of the act when Richard came back.

Furthermore, many have suggested that the “dark lady” about whom Shakespeare had written several sonnets may have represented a mistress, while others contend that some of those same sonnets (and the plethora of plays about cross-dressing) are evidence that he was at least bisexual, if not completely gay. As he lived apart from his wife and children for over two decades, it’s entirely possible that he spent his time making these alleged midsummer nights’ dreams a reality.

Chris Jenkins is an English professor who reads these pornographic publications for the articles. If you would like to see him get confused by young people, follow him on Twitter.