Television has always had its share of out-there plots, weird characters and completely unbelievable moments. I got to thinking, what would it be like if someone my age had never gone to school, but instead had been raised by watching TV. Here are a few of the ways he might believe the world works. 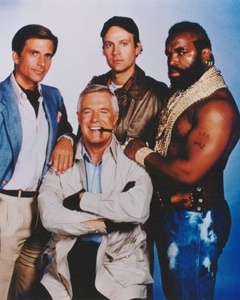 36. I learned that it is possible to fire millions of rounds of ammo and throw several thousand grenades over the course of several years and never actually hit anybody with a bullet or wound anyone with flying shrapnel.

35. I learned that it is possible to afford said ammo and grenades without holding down a regular job and without charging half of the people who hire you for your mercenary services because they are too poor to pay you for it.

34. I learned that if you are a bad guy it is never a good idea to lock the A-Team into a garage well stocked with sheet metal and acetylene torches.

33. I learned that you can turn your regular old cargo van into an assault van (non-lethal, of course) with a ceiling fan, some plywood and a couple of wood screws.

32. I learned that being certifiably insane doesn’t necessarily preclude you from getting a helicopter pilot’s license.

31. I learned that large, scary men who are afraid of flying can be easily (and repeatedly) tricked into drinking drugged milk so that you can get them on an airplane. 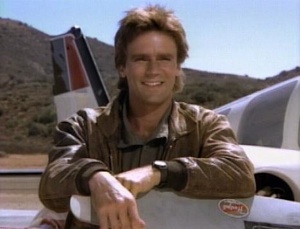 30. I learned that guns don’t solve anything, but that highly explosive bombs made out of light bulbs, duct tape and various household cleaners do.

29. I learned that Richard Dean Anderson is about the only person in the world who looks cool wearing a mullet.

28. I learned that being an environmental activist and driving a gas-guzzling Jeep are not necessarily mutually exclusive.

The Dukes of Hazzard 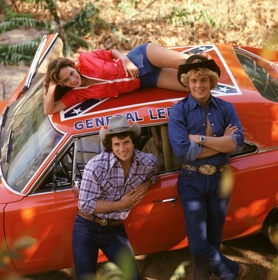 27. I learned that hot women in short shorts can make boys as young as 6 feel a little funny in their nether regions.

26. I learned that Deputy Enos’ parents hated him. Why else would they have named him Enos?

25. I learned that mayoral corruption is a lucrative business, as evidenced by the vast number of squad cars Boss Hogg had to buy over the years.

24. I learned that they make really heavy duty shock absorbers and car frames down in Hazzard County, for every vehicle except police cars.

23. I learned that Uncle Jesse must have had a ton of brothers, seeing as how Bo, Luke, Daisy and the two guys who filled in for Bo and Luke for a while were all cousins to each other, but none of them were Uncle Jesse’s kids and all of them had the last name of Duke.

21. I learned that distilling and smuggling moonshine is a good, clean way to bond with your relatives. 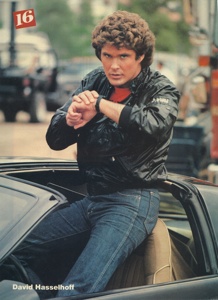 20. I learned that it is socially acceptable for a straight man to wear eye makeup as long as he drives a talking Trans Am.

19. I learned that if you ever own a talking car, never buy one with a British accent because no matter what it says it will always sound condescending.

Star Trek: The Next Generation 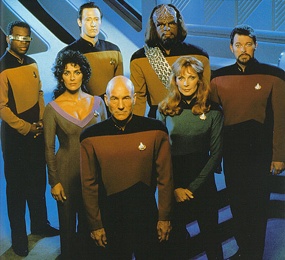 18. I learned that in the future no one will ever need to use the bathroom.

17. I learned that at some point between the time of Captain James T. Kirk and Captain Jean Luc Picard the Klingons experienced some sort of horrible accident which caused their entire race to develop large ridges in their noses and foreheads. 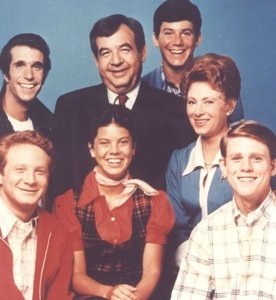 16. I learned that it is never a good idea to jump a shark on waterskis, even if you are wearing a leather jacket at the time. It’s not about safety people, it’s about ludicrousness.

15. I learned that it isn’t creepy at all (or illegal for that matter) for a man in his thirties to have sex with numerous high school girls, as long as he is able to start up a jukebox by snapping his fingers.

14. I learned that Mr. Miyagi’s first name is actually Arnold, and that before he taught martial arts to a certain baby-faced 30-year old who still lived with his mother, he was a restaurant owner/short-order cook. 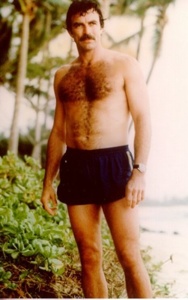 13. I learned that it is possible for a man to effectively fight crime while wearing extremely small (some might say testicle-endangeringly small) shorts, flip-flops and a baseball cap. 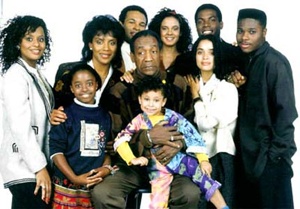 11. I learned that if you make enough money, you can wear whatever ugly sweaters you want to without being mocked by anyone.

10. I learned that it is possible for previously unmentioned Huxtable children to suddenly show up after several seasons, without any kind of credible explanation as to where they’ve been, nor any indication of some kind of past family squabbles that would have kept them away for so long.

9. I learned that it is possible, though rare, for really young sitcom children to be funny and cute without crossing over into sickly sweet and annoying…although that got screwed up when they brought Raven-Symone onto the show.

8. I learned that hilarity will ensue if you have dangerously high cholesterol, but you ignore it and frequently sneak massive hoagies and potato chips when your wife isn’t around.

Little House On The Prairie 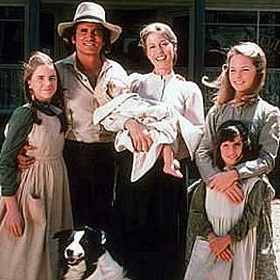 7. I learned what the word “bastard” means. Absolutely true story: Having heard “bastard” used on “Little House On The Prairie” I figured it wasn’t a bad word so I jokingly called my little brother that at the dinner table in front of my mother and she almost fainted. When she had composed herself, she grilled me about where I had heard that word and then explained to me what it meant. Darn you Michael Landon for getting me in trouble and making me learn something in the process!

6. I learned that I should avoid any and all blonde girls named Nellie, as well as their mothers.

5. I learned that, over time, Half-Pints can eventually grow into Gallon Jugs. Giggidy. 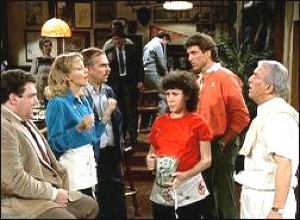 4. I learned that it is possible to sit at the end of a bar for ten years, while drinking copious amounts of beer and never have to pay your tab. [JFrater would like anyone who knows where this bar really exists to email him the street address]

3. I learned that owning/operating a bar is the best thing a recovering alcoholic can do on his road to sobriety.

2. I learned that Woody probably wasn’t as dumb as he seemed; he was just stoned out of his mind most of the time.

1. I learned that leaving one of the all-time greatest, most popular and most critically acclaimed sitcoms in television history to star in “Troop Beverly Hills” is not the smartest of career moves.