In keeping with our tradition of writing movie lists to cause controversy, we have the most boring films of all time. It seems that Hollywood is more concerned these days with pumping out a lot of films rather than creating quality. Here are the 10 most boring movies – if you disagree or have your own most boring film, tell us in the comments!

The owner of a large bookstore chain starts putting the owner of a small local bookstore out of business. Meanwhile they have been corresponding over the internet without knowing who either of them are. They can’t stand each other in person but over the internet they are very attracted. He finds out who she is but she doesn’t know. He starts to like her more but she still hates him. He has to fix it.

9. Legends of the Fall

Colonel Wlliam Ludlow (Anthony Hopkins) and his 3 sons (Samuel, Tristan and Alfred) live in the Rocky Mountains of Montana, USA, at the beginning of the 20th century. When Samuel brings with him his fiancé Susanna, the fellowship of the 3 brothers is about to be broken. The eldest son, Alfred (Aidan Quinn), falls in love with Susanna, and she falls in love with Tristan (Brad Pitt).

In this futuristic fairy tale, “David”, a highly-advanced robotic boy, hopes to become a real boy so that he can win back the affection of the human mother who abandoned him. Like Pinocchio, he goes on a long journey (a long and BORING journey) hoping to find his “Blue Fairy,” who can make his dreams come true.

David Aames takes all he has for granted; his wealth, his inherited publishing company, his good looks – his relationships. Especially his relationships. It catches up to him when a friend/sometimes sex-partner can’t see their relationship the way he sees it. From that point, the movie takes a Lynchian twist that ultimately and literally pulls us into Aames’ tortured psyche. Stars Scientology dullard Tom Cruise.

The mind-numbingly dull story of a Hungarian mapmaker and his dying memories of the romance that tragically alters his life. Burned horribly in a fiery plane crash while crossing the Sahara Desert during WWII, he is tended to by a Canadian nurse with ghosts of her own and haunted by a thief seeking answers for a crime from his past.

The Black Dahlia is set in 1940s Los Angeles. Two cops, Bucky Bleichert and his partner, Lee Blanchard, investigate the death of Elizabeth Short, a young woman found brutally murdered. Bucky soon realizes that his girlfriend had ties to the deceased, and soon after that, he begins uncovering corruption and conspiracy within the police department. 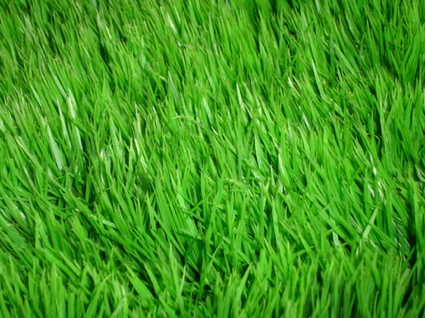 Tom Ripley – cool, urbane, wealthy, and murderous – lives in a villa in the Veneto with Terry, his harpsichord-playing girlfriend. A former business associate from Berlin’s underworld pays a call asking Ripley’s help in killing a rival. Ripley – ever a student of human nature – initiates a game to turn a mild and innocent local picture framer into a hit man. Luckily for you all, I could not find a video clip of this movie; therefore I have selected a photo of grass growing, which is about as interesting as this film and as talented as its main actor, John Malkovich.

3. Even Cowgirls Get The Blues

Sissy Hankshaw is born with enormous thumbs that help her hitchhiking through the US from a young age. She becomes a model in advertising and her NY agent ‘the Countess’ sends her to his ranch in CA to shoot a commercial, set against the background of mating whooping cranes. There, she befriends Bonanza Jellybean, one of the cowgirls at the beauty- ranch. A boring film from a director I like a lot – Gus Van Sant.

Carol, a typical upper middle-class housewife, begins to complain of vague symptoms of illness. She “doesn’t feel right,” has unexplained headaches, congestion, a dry cough, nosebleeds, vomiting, and trouble breathing. Her family doctor treats her concerns dismissively and suggests a psychiatrist. Eventually, an allergist tells her that she has Environmental Illness. Her body is rebelling against the overload that her immune system has to deal with, as she is continually exposed to all of the chemicals that we inhale, ingest, and absorb daily.

Sadly, a second film by Van Sant makes the list: A friendship between two twenty-something men is tested to its very limits when they go on a hike in a desert and forget to bring any water or food with them. This is basically a film of Matt Damon and Casey Affleck (Ben’s brother and the better actor of the two) walking around. Incredibly dull. The only good thing is the cinematography which is quite stunning in parts.

Some plot text taken from IMDB