Everyone knows the 80s as the decade of greed and silly fashions, of Reaganites and Thatcherites… and above all, of the decade of New Wave and Post-Punk music. Music with lots of synth and drum machines, jangly guitars and House beats. Party music, dance music. Fun music. Both the decade and the music are near to my heart, since I was there as an adult to appreciate it. I was 15 in 1980 and so had lived through my childhood and first half of adolescence in the 70s, a decade of malaise and atrocious fashions and godawful music (but not all bad, since the 70s had Bubblegum, Punk, and early New Wave) and so my generation was ready for a big change, OUR chance to overturn the flabby hippie aesthetic that had run for too long and was worn out, old, and charmless. So we chopped and moussed our hair into spikes and slashed shapes, adapted early late 50s/early 60s clothes to our needs, took on a cheesy, the-future-is-neon-bizarro attitude, put on our skinny ties and wayfairers, and went out to mock the world and DANCE. 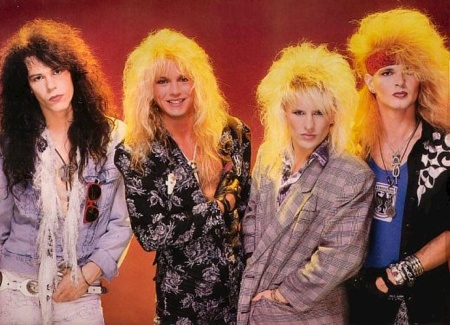 And so our music became the soundtrack of a party… silly, upbeat, and ultimately disposable. The appropriate response to a Cold War world that was surely doomed.

But such music isn’t what you think of when you think “beautiful.” And yet… there were some beautiful songs in the 80s. So many, in fact, that this list was very hard to write. Odd at first glance because we also remember the 80s as a decade of truly atrocious ballads and “power-ballads” produced by hair bands and past-their-prime types… I have gleefully ignored these as beneath contempt, and instead have largely eschewed the ballad for simple, straightforward songs. Some are balladic, some are nothing of the sort. But all of them, in my opinion, are “beautiful” in one way or another—whether it’s the melody or simply the overall feel of the song. 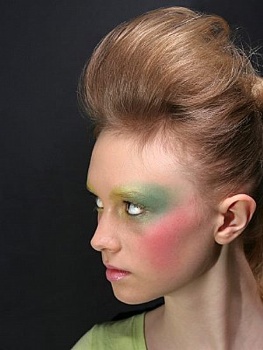 This list is really in no particular order until the very end. I DO think my last 4 picks ARE truly the most beautiful songs from the 80s… the others you can take as you like. And please remember, this is not a list of the BEST songs of the 80s… merely the most beautiful.

Any why is it so long? Well first because I’m a long-winded jerk. Second because I couldn’t bear to trim the list down – it was originally at 50, but I couldn’t cut it anymore. Thirdly because that’s how good the music from the 80s was.

OH YES. So, in 1986 I’m in my third year of college and have known about the Cure for years… since back in high school, when they did “Boys Don’t Cry.” But one day this girl I knew came running up to me (I swear, I remember this, it really did happen) and is all excited and insists I listen to the new Cure LP, “Kiss Me Kiss Me Kiss Me” with her. I was unnerved when I saw it was a double album—a rarity in the 80s. But an hour or so later, I was amazed. Almost the greatest f**kin’ album I’d heard up until then. And this was the best song on it.

19. Head Over Heels Tears for Fears

This song holds no particular memories for me, though I loved it when it came out. To me it’s just a great and really lovely song.

18. Here’s Where the Story Ends The Sundays

It was the tail end of the 80s (1989) but then out came this gem, my pick for one of the most beautiful songs of the entire decade, and for the 90s as well, in fact. (It carried on the college radio charts well into 92 I think). Harriet was one of the prettiest singers in Alternative music, too… had a huge crush on her.

As I recall, the only hit they had in the US, but a great one. In a strange way, one of the last English New Wave songs to hit these shores… I distinctly remember that just about this time things were starting to turn—jangle-pop was starting to take over, and post-punk music was moving underground again, to become “alternative.”

Another band where it’s hard to pick a single “beautiful” song, since Cocteau Twins were masters of the haunting, chant-like melody. But for me this is their best. Ethereal, vaguely Celtic, the song sweeps you along like a dream.

15. I Melt With You Modern English

I’m pretty sure this song would be tops on my list of the Best Songs of the 80s, and I’m even sure I’d place it near the top list of Best Songs of All Time. You all know it, you can all sing along. But it’s not just a great, rocking tune, it’s gorgeous as well. In its construction, arrangement, riffs and vocals, it’s damn near perfect. Also, a hell of a date song. And a hell of a song to dance to, with all its kinetic energy and drama.

14. Inside Out Mighty Lemon Drops

A lesser-known group (at least in the States) from the late 80s, these guys were just fantastic. Just groove along to this song. If it doesn’t infect you, you’re dead.

One of the very top New Wave songs from the early 80s… I can’t say enough about this song. The vocal is fantastic, delivered with an effortless poignancy… the beat is great, the chorus is sweepingly beautiful. First heard it in college, in a ratty old pub just off-campus where, in keeping with the times, the management had stuck an incongruous TV up on a shelf overlooking the tables… tuned permanently to MTV.

12. There is Always Something There to Remind Me Naked Eyes

11. In Your Eyes Peter Gabriel

Everyone knows this one from “Say Anything,” with John Cusack. I had to include it, though I was tempted to give the space to Gabriel’s “Solsbury Hill”—but “In Your Eyes” is really the more beautiful song, and one of the best and most memorable of the 80s.

10. It Must Be Love Madness

Okay…. Not so much beautiful as touchingly charming, I had to include a Madness tune, and I chose this one. Strangely enough I’d totally forgotten this song, and then years later, in the late 90s, I was dating a woman from the UK, and she gave me a homemade tape with a lot of love songs on it, and this one was one of them… so it’s also here as a tip to my personal memories.

Aimee Mann back in the day. Great song, great video. Love how she breaks free at the end.

Fantastic vocal, great synths… like the background music to a dream… riding and flowing along in a way that reminds you of being half-awake on a long journey.

This song just can’t help making you smile. The harmonica, the wind-up chorus, all catchy and bouncy… hell of a song.

This one’s for Jamie, though it’s not a token Kiwi inclusion. What a pretty song. It just floats along, carrying you with it. I loved Split Enz when I was in college and was happy, at the time, to know that the Finns had carried on. This is one of their best and certainly one of their prettiest.

5. Our Lips are Sealed Go Gos

Okay… so you might be thinking, “this is a beautiful song?” But it is. Listen to it. Listen to the lyric. Think about it. When I was 18, I had this great girlfriend, all dark hair and beautiful brown eyes, and this was a shared favorite. We’d request it from club DJs, and then head out to spin around on the dance floor together, and no matter how crowded the place was, it was just us. One of the best relationship songs ever.

4. Ghost in You The Psychedelic Furs

Now we’re getting serious. From one of my absolute most favorite groups from the 80s, a song that made my jaw drop the first time I heard it. The song that made me drive out immediately to a local record store so I could buy the album, which I then proceeded to wear out. If you don’t agree that this is one of the prettiest songs you’ve ever heard… well, I don’t know what’s wrong with you.

Unfortunately this one also cuts out at the end.

3. Lay Me Down Connells 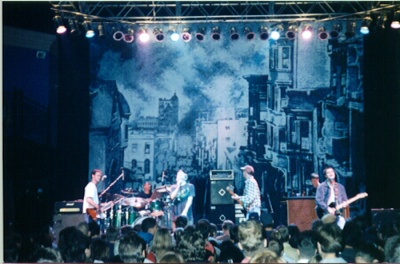 Sing to me sweetley as I turn sour
Lay me down, remembering
That the wind and the rain
Played a part in that dreadful hour

And so as I pass, I too feel the power
Laying here under the trees
Where three days before
I danced in a summer shower

Chorus:
And she said “There, look through the trees,
The sun always shines, always on time,
Dare, rest on your knees
And in a prayer, follow me there.”

Sadly, this song seems to be unavailable on YouTube or any place similar. I’ll therefore send Jamie an MP3 to post here tomorrow. In it’s place, the lyrics. Trust me, when you hear the lyrics coupled with the music, you’ll know why this song is here.

The Connells were a North Carolina band similar to REM, in the jangle pop mode… they’re still together, but hit their peak in the 80s and early 90s. Known for their big college radio hit “74/75.” But this song… whoa. An amazing ballad that bowls me over everytime I hear it.

Well we all know this one. Absolutely, unquestionably gorgeous tune from a band that… I never much cared for otherwise. Along with Duran Duran and a few others like ABC, these guys formed the brief “New Romantic” subset of New Wave. What that was is hard to put into words. It was part the smooth, vaguely jazzy R&B thing, part the look, part the production. But in any case, these guys never did better than this, their huge smash.

Personal memory for me—the aforementioned dark-haired girlfriend from college—this was “our” song. (Twee, I know, but we were 18, come on). I also associate this song with snow—as I recall it charted big in the winter of 83.

This is it. In my humble opinion, this is one of the most beautiful ballads ever written, and without question the most beautiful song from the 1980s. Touching, sad, emotional without being manipulative—I think this song is absolutely perfect and I have never heard a cover version that matches up to Cyndi’s original. This was her apex.