Your View: Should Euthanasia Be Legalized?

Euthanasia is a topic that often pops up in to the Mainstream Media when a person seeks a court ruling to allow them to kill themselves. The most recent case involved a French woman who suffered from a rare form of nasal cancer – her request was denied by the courts and she was found dead the next day (presumably at her own hand). The subject causes much debate – as is so often the case with ethics-related topics. So, in light of the subject coming back up, I want to know what you think: do you think euthanasia should be legalized, and if so, should there be restrictions placed on its use? 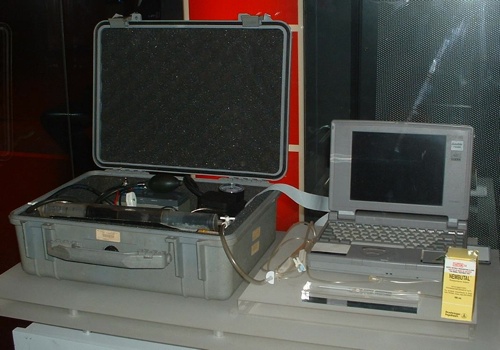 Should Euthanasia Be Legalized?

My answer is no. I do not think that euthanasia should be legalized. I believe that there are too many opportunities for it to be abused (such as a dying person whose family are to inherit a great sum of money through their death). There are also likely to be cases where a person who may not be mentally capable of making the choice to die, being considered “capable” by the court system.

Image above: Four terminally-ill people in Australia killed themselves using this machine. It gave them a lethal dose of drugs after they answered “yes” to a series of questions on the lap-top screen.