Madness is relative. “Going insane” might mean experiencing a short bout of impulsive behavior or going off the deep end completely. Challenging life experiences, physical trauma, and genetic disorders are a few causes that may lead to less-than-reasonable behavior. Famous people, like everyone, are not immune to mental illness, and it can be all the more difficult to hide when you live your life in the public eye. 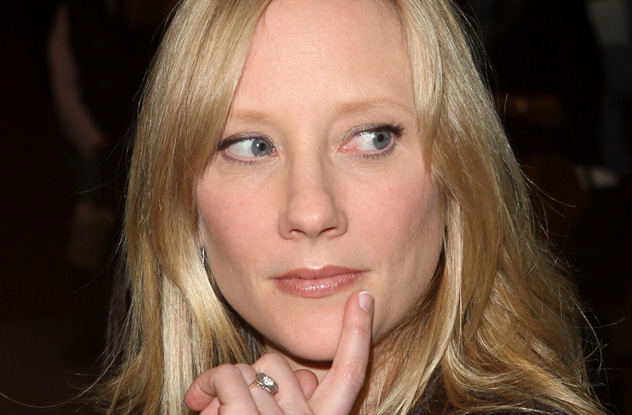 With the title of her book Call Me Crazy, Anne Heche dares us to say what we’re all thinking.

Heche is known for appearing in films such as Donnie Brasco and I Know What You Did Last Summer, but her life wasn’t always so glamorous. To mentally escape sexual abuse committed by her father when she was a child, she developed a secondary personality named Celestia. She believed Celestia was an incarnation of God, with powers such as premonition and healing.

Heche heard voices and experienced visions for years. One day after her breakup with Ellen DeGeneres in August 2000, the voices commanded her to take a hit of ecstasy so she could board a spaceship in Fresno. She was found on a stranger’s property wearing only a bra and shorts.

She spent the following week receiving psychiatric treatment. Now, she’s living a healthier life as her true self. 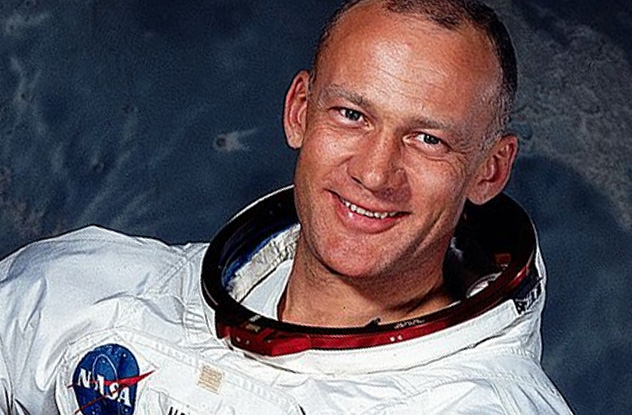 Astronaut Edwin “Buzz” Aldrin is famous for his 1969 Apollo 11 mission to the Moon, but though he returned to Earth a celebrity, he wasn’t prepared for the fame. He went back to the Air Force but didn’t get the position he was hoping for, so he retired from the military in 1972. Depression and alcoholism tore his life apart. Aldrin sought help at a psychiatric hospital for two years after his illustrious space adventure.

His 1973 book Return to Earth revealed details about his battle with mental illness, including his thoughts of suicide. He divorced his wife in 1974 and checked into rehab for alcoholism the following year. Early retirement had set Aldrin on a strange path. At one point in the late ’70s, he even tried selling used cars in Texas professionally.

Aldrin offered more detail about his life journey in his most recent book, Magnificent Desolation: The Long Journey Home from the Moon. His life has certainly improved post-treatment. He’s been sober for decades, and at one point, he even served as chairman of the National Mental Health Association. 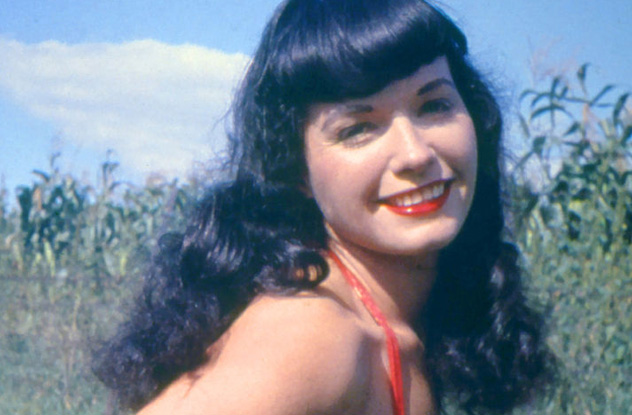 Bettie Page posed for her first pinup calendar in 1947. Her modeling progressed to include nudes and even bondage photos. By the time she earned a spot as the January 1955 Playboy centerfold, she’d been photographed thousands of times. Her work garnered fans and attracted enemies. It inspired conservative members of society to rail against her; she was even harassed by federal agents over her “obscene” photographs.

This burden of public scrutiny followed years of private trauma. She’d lived in poverty and had been molested by her father as a child. She later lived in an orphanage despite having two living parents. As a working adult in New York, she was once raped by multiple men in one night.

Completely unprovoked, in 1979, Page stabbed an elderly couple with a serrated bread knife. This led to her 20-month stay at the Patton State asylum. She was diagnosed with acute paranoid schizophrenia. In 1982, with another knife in hand, she tried to murder her landlord. She was found not guilty by reason of insanity and spent more time at Patton State Hospital.

After her sudden withdrawal from the public eye, Page lived a religious life in obscurity. When she died of a heart attack in 2008, at 85 years old, televangelist Dr. Robert Schuller conducted the funeral of a devout—albeit disturbed—Christian woman. 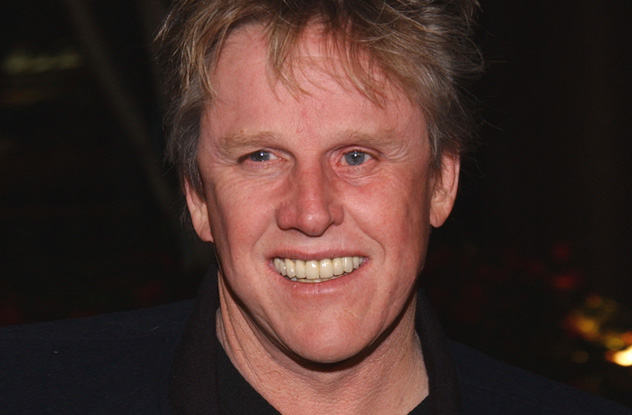 Oscar-nominated for The Buddy Holly Story, Gary Busey lived much of his life in the spotlight. He’s always been known for his over-the-top behavior, for saying and doing bizarre things. There’s more than one possible cause for his lack of reserve. It could all be act, but that’s unlikely. He used drugs heavily enough to almost die from a cocaine overdose in 1995. Even earlier than that, though, a motorcycle accident caused serious brain damage and nearly killed him. The 1988 crash was severe enough to result in more stringent helmet laws in California.

In 2008, Busey joined the second season of Celebrity Rehab with Dr. Drew. One episode revealed that brain trauma from his motorcycle accident affected his impulse control (including control over addictive behavior) and decreased his ability to empathize. This translates to mental illness caused by a tragic accident. But Busey has spun disaster into a boon for himself, as modern TV audiences find his wacky antics entertaining. 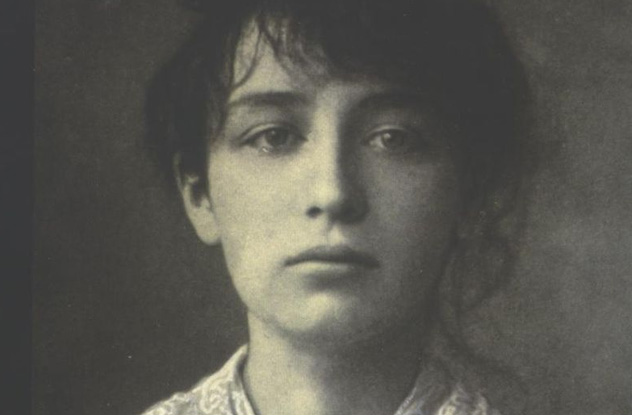 Born in 1864, French sculptor Camille Claudel existed in a world of art and intrigue. She studied under Auguste Rodin; he was 43 when they met, and she was 19. They got intimate, and she became his muse. Claudel’s romantic relationship with Rodin ended in 1898. She was productive and highly acclaimed as an artist in the following years, until downward spiral began in the early 1900s.

As a recluse, she would work diligently on her masterpieces and then destroy them once they were finished. She lived not just in poverty but in absolute filth. Delusions of Rodin trying to steal her work began to haunt her, as did fear of being poisoned. Claudel’s brother described her at 39 years old as “insane, enormous, with a soiled face, speaking incessantly in a monotonous metallic voice.” He had her thrown into an asylum.

She spent three decades institutionalized, refusing to sculpt. She died in 1943. 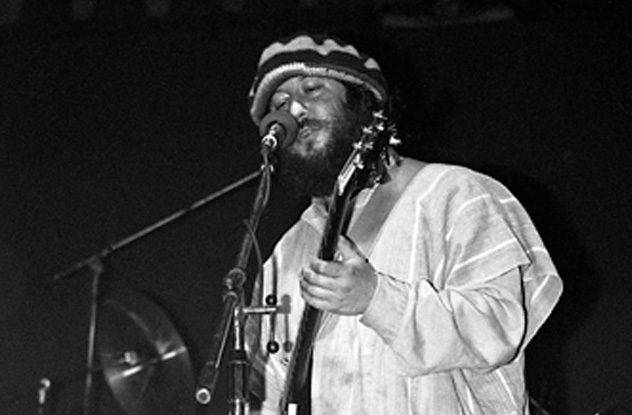 Peter Green was the founder and first guitarist for Fleetwood Mac. He left the band in 1970, following the release of their third album, wanting a simpler life.

Green started to donate all his cash and belongings, and he worked jobs that paid a pittance—work such as digging graves. He was hearing voices, struggling with schizophrenia brought on by drug use. Acid in particular had changed the way he thought. His mental condition was not yet diagnosed. He spent time in mental institutions and received electroconvulsive therapy as treatment.

Meanwhile, Fleetwood Mac only became more successful. The royalty checks kept rolling in. In protest, he pointed a shotgun at his accountant and demanded that the payments be stopped.

Green was initially sent to jail but was soon committed to a mental institution instead. Authorities eventually released him to live with his family, as the home environment benefited his mental health more. 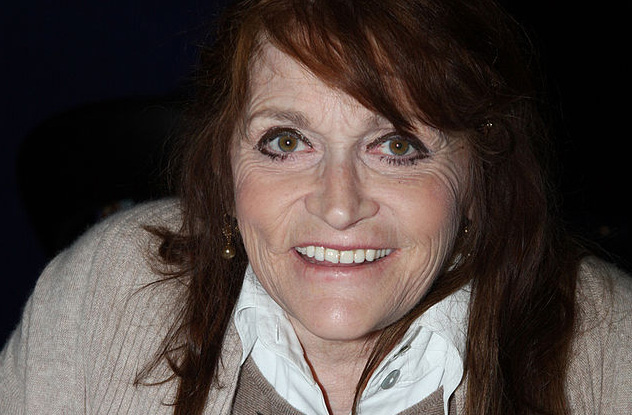 Known for her role as Lois Lane opposite Christopher Reeve, Canadian Margot Kidder was an accomplished film and television actress. Public struggles with manic depression and addiction followed her success starring alongside Superman. A car crash in 1990 left her partially (though not permanently) paralyzed and bankrupt.

In 1996, she sent the media into an absolute frenzy. She failed to board a flight from Los Angeles to Phoenix and remained missing for three days. She turned up on stranger’s property in Glendale, California, wearing clothes she’d acquired by trading with a homeless person. Scratches and bruises marred her skin. She’d cut her hair into shabby chunks with a razor. Some of her teeth appeared to be missing, but that’s because she wasn’t wearing her bridge. She claimed she was being followed by someone but wouldn’t elaborate as to whom. She said the CIA had erased her computer files, and she’d lost years of work. Most interestingly, her toxicology test came back negative for drugs and alcohol. Days prior, Kidder had informed a news crew her ex-husband was trying to have her killed.

Kidder was taken to an institution for treatment. She later turned to questionable alternative treatments (such as injecting herself with vitamins and other nutrients) and has been living an ordinary life for years. 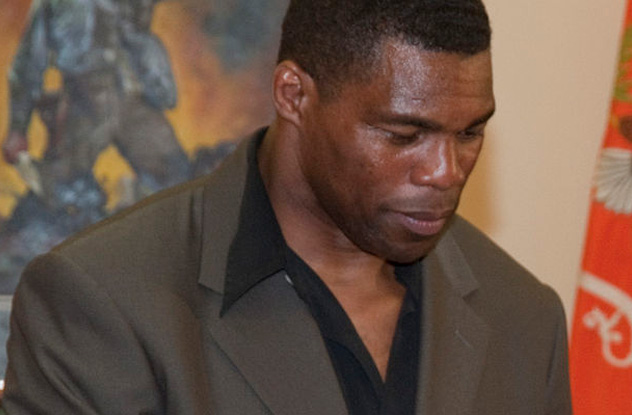 University of Georgia football sensation Herschel Walker won the Heisman Trophy in 1982. Three years later, he set a single-season rushing record of 2,411 yards playing for the USFL. He became the Dallas Cowboys’ star player before getting traded to the Minnesota Vikings, and he also played for the Philadelphia Eagles and the New York Giants over his 15-year pro career. His spectacular performance in the NFL earned him a spot among the top running backs of all time. He also happens to be an Olympian who competed in the 1992 bobsled races for the US team.

While he’s long been admired for his athleticism, few realize the inner struggles Herschel Walker has experienced. He was diagnosed with dissociative identity disorder after he retired. Football had been helping him cope. Without football, the illness got severe enough that when his anger got out of control, he pointed a gun at his wife more than once. He also threatened her with knives and choked her. She eventually left him.

Walker detailed these violent incidents and more in his memoir Breaking Free: My Life with Dissociative Identity Disorder. In the book, he estimates having around 12 “alters,” or facets of his personality, and claims he doesn’t remember a great deal of his destructive behavior. 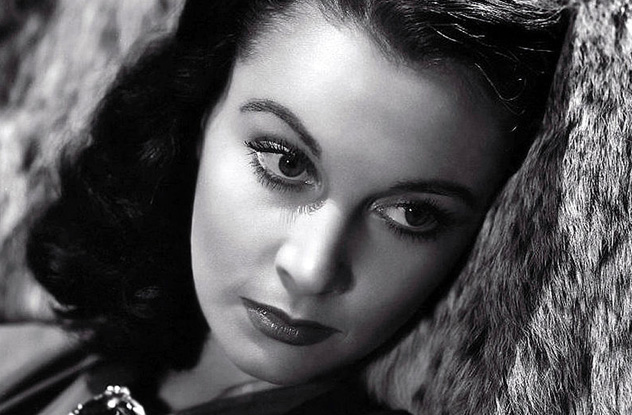 Vivien Leigh is best known for her Academy Award–winning performance as Scarlett O’Hara in Gone with the Wind. What many people don’t know is that she experienced manic depression for years.

Her mental health took a serious hit in 1944. She fell off the stage during a rehearsal and had a miscarriage. Bipolar disorder, insomnia, tuberculosis (contracted in 1945), and alcoholism all affected her severely over time.

Regardless, she continued to act and was much adored. She won her second Academy Award as Best Actress for A Streetcar Named Desire in 1952. Bipolar disorder still wreaked havoc in Leigh’s life. She hallucinated and tried to jump from a plane during one manic episode in 1953. She was committed to a mental institution, where she received electroconvulsive therapy.

She had a second miscarriage later that year and experienced ongoing marital challenges with Laurence Olivier, her husband from 1940 to 1960. She died of tuberculosis at 53 years old, seven years after their divorce. 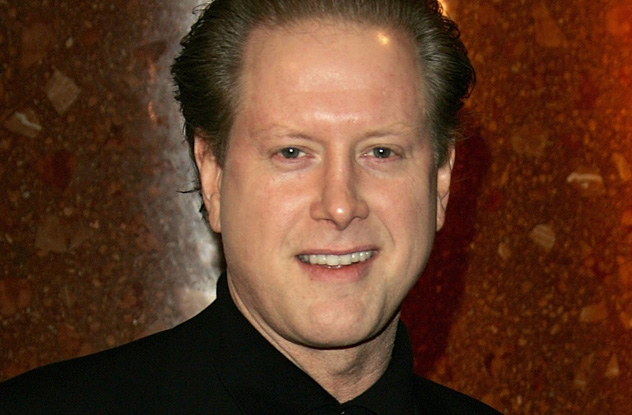 Saturday Night Live star Darrell Hammond was left permanently affected after years of atrocious mental and physical abuse from his parents. His mother purposely slammed his fingers in car doors, used a power outlet to electrocute him, struck him with her high heel, and even stabbed him in the tongue. His parents would pay his sister to leave the house beforehand so she wouldn’t be a witness.

Hammond admits to years of self-mutilation and addiction stemming from his horrific childhood experiences. He frequently cut himself before his Saturday Night Lives skits, and he was a regular patient at a New York psychiatric hospital. One of his breakdowns led to him leaving the SNL studio at Rockefeller Center in a straitjacket after his cutting was severe enough to be noticed.

10 Tales To Make You Feel Sorry For Hated Figures