A rogue trader is a trader who acts independently of others – and, typically, recklessly – usually to the detriment of both the clients and the institution that employs him or her. In most cases this type of trading is high risk and can create huge losses.

“Since the average dealer now sits at a desk straight out of the Space Shuttle – and in many cases is relatively inexperienced and working under considerable pressure – mistakes are inevitable.

In 1998, in the biggest incident of its kind ever, a Salomon Brothers trader mistakenly sold £850m-worth of French government bonds, when he carelessly leaned on his keyboard.

This is a list of the top 10 rogue traders, in no particular order. 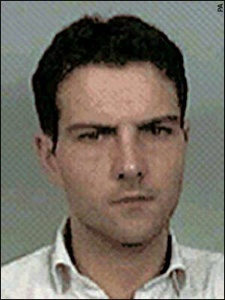 Rogue trader Jerome Kerviel was a quiet loner, whose disastrous deals on the European markets cost his bank a massive £3.5 billion. The more money 31-year-old Kerviel lost the more he gambled – which would have earned him the title of an incompetent mug in conventional betting circles. But this gambler’s losses were on an epic scale – dwarfing the £700 million fraud by British trader Nick Leeson, who broke Barings Bank in London in 1995.

While some branded Kerviel an idiot, one of France’s top bankers dubbed him a “genius of fraud” for the way he had managed to cover his tracks and bypass his bank’s checks. In a breathtaking understatement, one of Kerviel’s bosses at the French bank Societe Generale said he was “not one of our stars”. His huge losses on the Delta One trading desk not only cost his bank a mega-fortune, they were blamed for sending share prices crashing around the world.

Ironically, Kerviel, who earned £70,000 a year, was said to have made nothing personally from his massive scam. An insider at Societe Generale said: “What is completely unbelievable is that this person didn’t do it for his personal benefit. He didn’t get anything from it.” The glamorous world of high finance was a far cry from Kerviel’s private life, which was said to have disintegrated after his father died and his girlfriend dumped him. 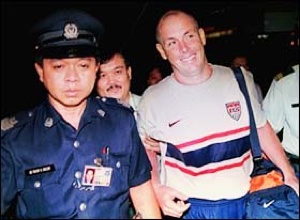 The company was bought for £1 after being in business for more than 230 years. After going on the run, Mr Leeson was jailed for four years in Singapore’s Changi prison. He was released in 1999 and wrote a bestseller, Rogue Trader, now a movie starring Ewan McGregor.

The president of Japan’s Daiwa Bank received a particularly nasty shock on July 13 1995. Toshihide Iguchi, one of its senior US executives, confessed in a 30-page letter that he had lost $1.1bn through unauthorised bond trading.

Like Leeson and Rusnak, Iguchi ran up the losses over several years. Having risen from the back offices to become a trader in 1984, a lack of segregation within his division meant he could hide his losses from his superiors while he tried, and failed, to trade back to profit.

Following his confession, it emerged that he had conducted the cover-up for over a decade, falsifying some 30,000 trading slips. Having once been seen as the golden boy of the department, in 1996 he was jailed for four years and fined $2.6m.

In court, he told the judge that his life was filled with guilt, fear and deception after 11 years trying to recover his losses. Interviewed in jail, Iguchi said he had seen his earlier actions as merely a violation of internal rules. “I think all traders have a tendency to fall into the same trap. You always have a way of recovering the loss”, he told Time magazine.

Daiwa was also penalised heavily. The Federal Reserve ordered it to end all of its operations in America, leading to a sale of most of its US assets in January 2006. 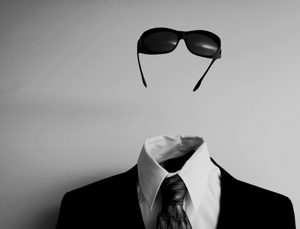 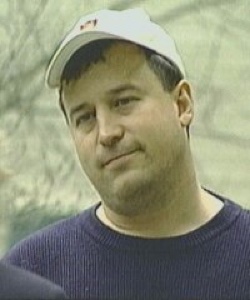 In 2002, US currency trader John Rusnak was charged with covering up $691m (£474m) of trading losses so that he could boost his own earnings. He was indicted by a federal grand jury on charges of bank fraud, false entry in bank records and aiding and abetting.

The indictment followed a four-month investigation into trading at Allfirst Financial, a subsidiary of Allied Irish Bank (AIB), from 1997 to 2001. Prosecutors said the trader did not actually profit from the trading losses, mostly on the Japanese yen.

He racked up and hid losses of $691m while leading a bizarre double life. Regarded as a quiet and unassuming family man, he invented aliases and fabricated documents to cover up a growing financial hole from bad bets on currencies, particularly Japanese yen.

The FBI described the case as “the largest bank fraud in the US in the last decade.” 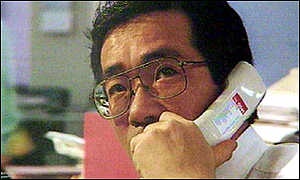 Less well-known, but financially large was the £1.3bn blown away by Yasuo Hamanaka, a metals trader at Japanese conglomerate Sumitomo. Mr Hamanaka, known as Mr Five Per Cent on account of his share of the world copper market, was jailed for eight years in 1996 after admitting to a 10-year career of unauthorised dealing. He had forged the signatures of two of his superiors in letters written to foreign dealers. 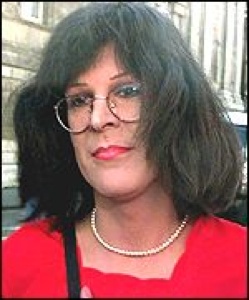 Peter Young was a fund manager at City bank Morgan Grenfell, which was later acquired by Deutsche Bank. In 1996, Mr Young was revealed to have bilked £220m from the funds he ran, thanks to a series of unauthorised investments he concealed.

The case returned to the headlines when Mr Young appeared at City of London Magistrates’ Court wearing a woman’s jumper and dress – and was eventually found unfit to stand trial. 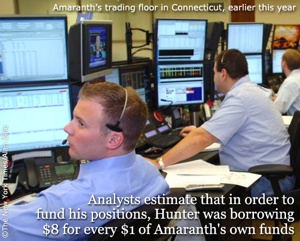 Brian Hunter was a Canadian based natural gas trader for the now closed Amaranth Advisors hedge fund. Amaranth, which had over $9 billion in assets, collapsed in 2006 after Hunter’s gamble on natural gas futures market went bad.

Amaranth and Hunter have been accused by the Commodity Futures Trading Commission of conspiring to manipulate natural gas prices. 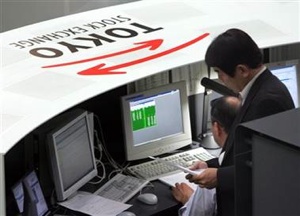 A Mizuho Securities trader sold 610,000 shares in job recruiting company J-Com Co. for 1 yen apiece, instead of an intended sale of 1 share at 610,000 yen. Mizuho said it was unable to cancel the order, causing it to lose about $340 million. The mistake was attributed to the “fat-finger” syndrome, shorthand for gaffes made when traders hit the wrong button on a keyboard and lose a bundle.

The Tokyo stock exchange later acknowledged that a glitch in its system made it impossible to cancel the trade. Mizuho and the exchange have discussed sharing some of the losses, but have so far failed to reach an agreement. 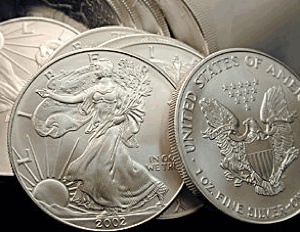 Nelson Bunker Hunt and William Herbert Hunt bought more than 100 million ounces of silver bullion in 1979 and 1980, causing silver prices to soar to a record of more than $50 an ounce before a sharp plunge.

After the crash, the brothers were left with silver obligations of $1.75 billion and a silver hoard of 59 million ounces valued then at $1.2 billion, indicating a loss of $550 million. The Hunts, whose fortune was once estimated at $6 billion, filed for bankruptcy protection in 1988. 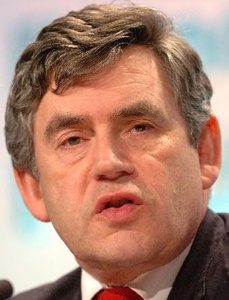 While Brown is not a rogue trader, his catastrophic blunder in sales of gold earns him a mention here. While acting as the Chancellor of the Exchequer in the United Kingdom, Between 1999 and 2002, Brown sold 60% of the UK’s gold reserves at $275 an ounce. It was later attacked as a “disastrous foray into international asset management” as he had sold at close to a 20-year low. He pressured the IMF to do the same, but it resisted. The gold sales have earned him the pejorative nickname ‘Golden Brown’, after the song by The Stranglers. Since then the price of Gold has almost trebled, meaning the decision cost the taxpayer an estimated £2 billion. Several Asian countries including China are named by an insider as having bought the gold “on the cheap” from the Treasury. The Chinese may have made more than £1 billion from Brown’s botched sell-off. [Source]