Nowadays, if Jennifer Lawrence suggested that dragons are real and live in a secret kingdom beneath Tulsa, Oklahoma, nobody would really bat an eye. Some might even agree: #smaugisundertulsa #jlawmotherofdragons

Celebrity culture seems so broken that possessing wacky, easily debunked, and even dangerous ideologies or cultish beliefs could now be considered a prerequisite for being a celeb. Once upon a time, the public was willing to pay to simply watch or listen to the amazing things that celebrities did. Sometimes, we even bought their wares.

Oh, they can still be put on the same sort of pedestals now, but they also have to be total weirdos who must broadcast their peculiarities. Without the weirdo angle, such individuals are merely “successful people.”

As a follow-up to this great list, 10 Bizarre Beliefs Held By Top Celebrities, here are 10 more celebs and the odd things they believe.

According to famed gynecologist and part-time, award-winning pop star Lady Gaga, her creativity is housed in vaginal juices.

The “Born This Way” singer believes that women are indeed born differently from what all the relevant science suggests. But don’t simply dismiss her as a pseudoscientific nutjob. Her worry that engaging in sexual activity robs her of her creative inspiration (via her vagina) has, she claims, kept her “perpetually lonely.”

Lady Gaga seems to be locked into her theory. Frankly, one cannot help but feel sorry for her. Unless she’s right. In which case, Evian should drop their water-based model and start bottling up women’s va . . . we can’t even finish that sentence.[1] 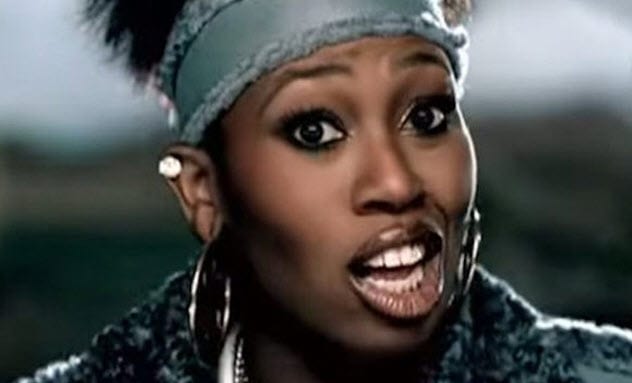 Plenty of people hold illogical superstitions. Some of these beliefs have seemingly practical uses—don’t cross people on the stairs (so you avoid getting bumped over the banister and breaking your neck) and don’t walk below a ladder (so you can avoid falling tools dropped by whomever is atop the ladder).[2]

Black cats crossing your path is a bit weirder. We can point to folkloric underpinnings—allusions can be made to witches’ familiars and the devil. But what makes this superstition so weird in Missy Elliott’s case? She admits that “people think you’re crazy” for adhering to it.

She still suggests that even seeing a black cat will cause her to replan her whole day to avoid whatever consequences are linked to a cat crossing your path. She knows this is nuts but doesn’t care.

8 Kyrie Irving Is (Kinda) A Flat-Earther 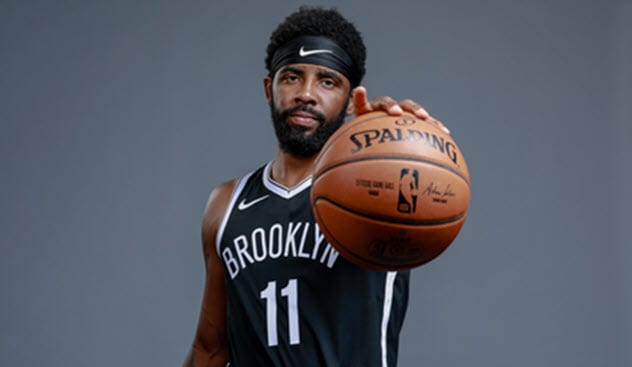 Despite pulling back a bit on his initial flat Earth claims, NBA star Kyrie Irving doesn’t limit his beliefs to the ones he derived from watching too much History Channel.

Irving also considers it possible that the Federal Reserve Bank ordered the hit on JFK and that the CIA orchestrated the murder of Bob Marley. Still, if Irving helps the Brooklyn Nets to a playoff spot, fans probably won’t care if he suggests that Oprah and Cap’n Crunch conspired to take over Venezuela on behalf of the Nazi colony on the dark side of the Moon.[3]

7 M.I.A. Thinks Google and Facebook Are Controlled By World Governments

Aren’t these companies evil enough in and of themselves? Sure, these corporations often work in conjunction with governmental bodies given the role the firms play in public discourse and data gathering. But controlled directly by world governments all while fronting as powerful corporations? Too convoluted.

This is another face of the “New World Order” conspiracy. It suggests that a small cabal of people are trying to bring about a single world government and run it as a dictatorship.

The problem with this?

Along with the near-total lack of corroborating evidence, the theory doesn’t really hang together by its own internal logic. The more exposure it gets, the more individuals, companies, organizations and governments are implicated in it.

That sounds more like a general consensus than a “cabal.” But let’s give the devil its due for a moment. If M.I.A. is right that the CIA created Google and Facebook to spy on the users or control their minds, there is an easy fix. Don’t use them. Easier said than done? Not really. Just don’t log on. Still, “Paper Planes” is a hell of a jam.[4]

6 Randy Quaid Thinks Hollywood Is Trying To Kill Him 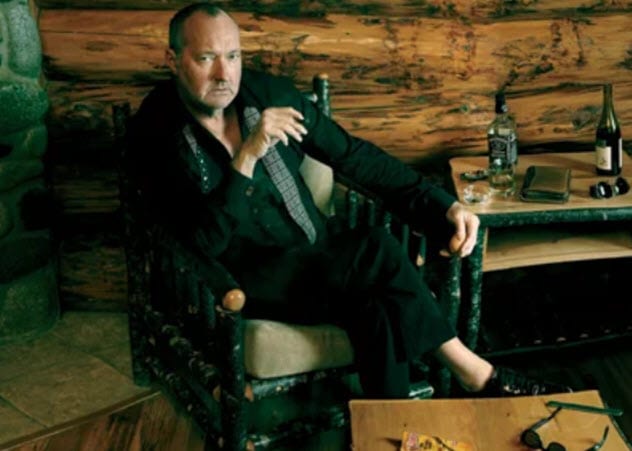 Randy, Randy, Randy. Okay, let’s give him the benefit of the doubt for a moment. Let’s concede that there is indeed a shady cabal of individuals who are hiring assassins to prey upon Hollywood’s brightest stars and systematically bump them off to . . . well, it doesn’t really matter, let’s just give him that.[5]

Why him? Why Randy Quaid? And how is he privy to the knowledge that he is on the list? Was he once one of their number—an assassin perhaps? An agent? Is Randy Quaid really John Wick? Randy, Randy, Randy. 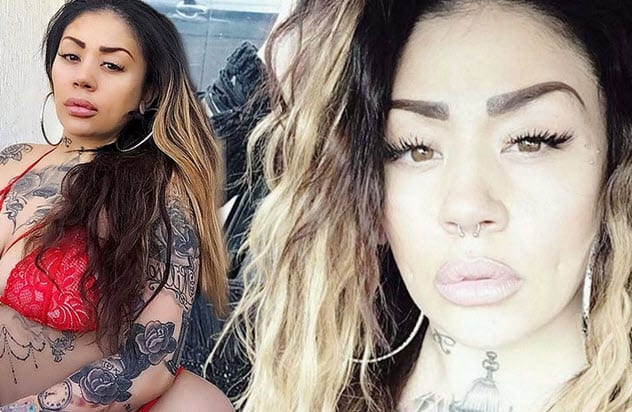 Remember when boy bands sang and made their young female fans scream and cry with joy? Remember when girl bands pumped out hits that we could all dance to? Not anymore!

Mutya Buena added fuel to the minor media firestorm created by ex–Take That star Robbie Williams when he claimed that the notorious American “Pizzagate” conspiracy was real.

How did she do it?

Well, Buena told the world that the COVID-19 pandemic was a smoke screen invented by whomever runs the world to distract from the fact that Hillary Clinton was on trial for cutting off a young child’s face at a Washington, DC, pizza parlor. Oh, and Buena stated that Obama was involved, too. And Bill Clinton. And Oprah.[6]

4 Alicia Silverstone Thinks The Birds Have The Right Idea 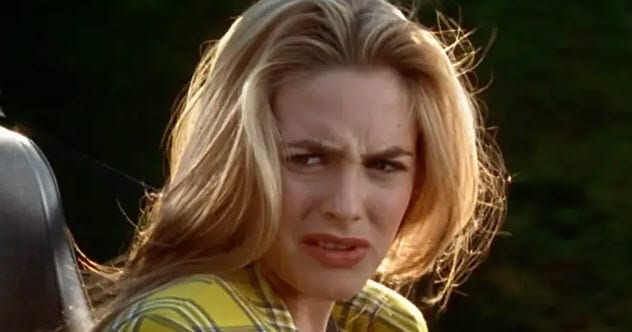 Maybe it isn’t advisable to spit a gob of mushed-up fava beans into a toddler’s mouth. However, some Hollywood stars, like Alicia Silverstone, would disagree. In Silverstone’s defense, Mayim Bialik, Hollywood’s resident super genius, also used this strange practice with her kids.

They considered it beneficial to chew their kids’ food first and then spit it into the youngsters’ mouths. If it’s good enough for birds, it must be good for us, right?[7]

Humans are mammals. We are not birds. Still, are these two sentences a cogent rebuttal to this practice? Not really. Silverstone and Bialik can do whatever they want.

It is a bit odd, though. There’s no clear benefit other than allowing your babies to ingest hard-to-swallow foods that the kids otherwise don’t need until they develop teeth. So, weird and pointless? Yup. The work of the devil? Hardly.

3 Rob Lowe Believes He Was Nearly Killed By Bigfoot 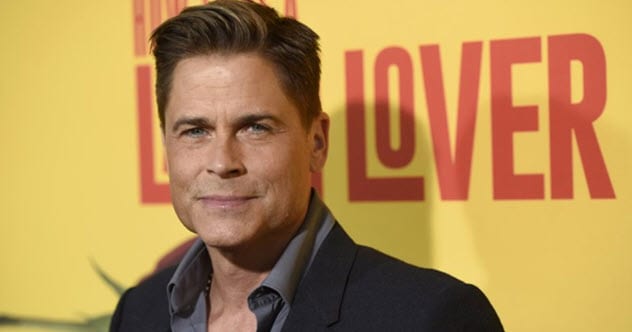 Rob Lowe is a legend. He also thinks that he was nearly murdered by a legend. During a shoot for his documentary series, The Lowe Files, he and his crew trekked deep into the wilderness of the Ozark Mountains in search of a cryptid that the locals had dubbed a “wood ape.”

Despite commenting that he was “fully aware” that he sounded like a “Hollywood kook,” Lowe swore that he and his crew were threatened by the unseen legendary beast at their remote camp.[8]

Given that 2020 is officially “The Year The Earth Went Nuts,” Rob Lowe needs to return to the great American wilderness. He must find the elusive race of giant hominids and either be an ambassador to them—normalizing relations and maybe forging a trade deal—or challenge one of their number to a death match using 1950s biker gang weapons like pipe wrenches and lengths of chain. 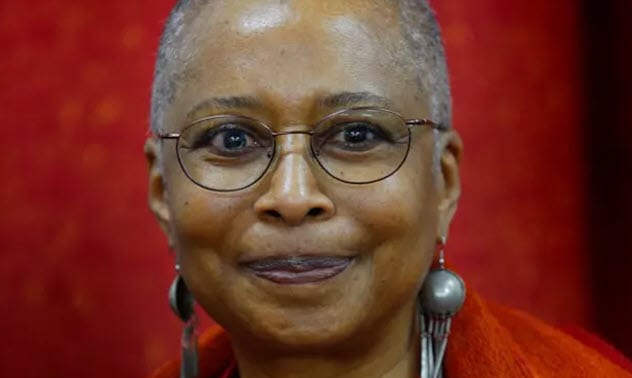 Former professional soccer player and sportscaster David Icke has peddled outlandish conspiracy theories for years—ever since he essentially proclaimed himself to be the messiah on the Wogan TV show in 1991. Icke’s general worldview states that an underground cabal of shape-shifting reptilian-human hybrids are orchestrating major world events to enact a nefarious plan for world domination . . . and venerable author Alice Walker agrees.[9]

Apparently, these reptilian beings can be swapped out for “Zionists,” the real enemies of freedom according to Icke and his acolytes. This is where Alice Walker agrees with Icke. Once again, it’s all about the Jews! The current reemergence of anti-Semitism seems so telegraphed and prosaic that it never fails to dumbfound reasonable people who still hold enlightenment values. And yet . . .

For an author whose lifework is the complex discussion of the historic plight of her people, it is incredibly sad that she should so easily fall into wholesale blame of another group, let alone a people who have been so systematically maligned and persecuted (and who continue to suffer the scourge of anti-Semitism today). 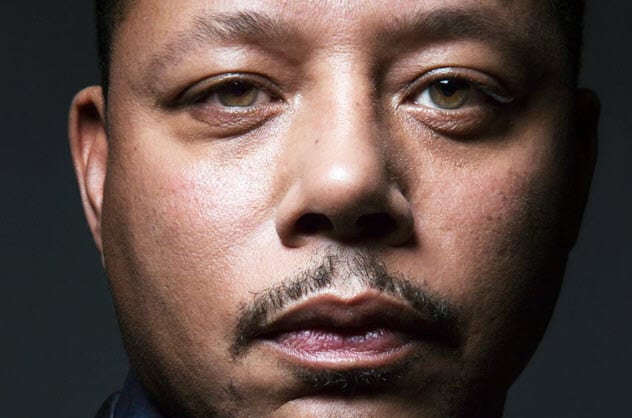 How do we know that 1 + 1 = 2 (or maybe 1 by Terrence logic)? Because we were told at school? Suckers! Empire star Terrence Howard has a new lesson for all you sheeple out there.

Get it? No? Well, maybe you need to seek a degree in Terryology. From Howard University. Excelsior!