It’s hard to find great travel writing, but it’s out there. Part of the reason for this is that so much travel writing is also considered nature writing or narrative non-fiction. Part of the reason is that the field is so competitive because of a lot of good authors competing for a relatively small market space. But there is a wide array of great travel fiction out there, and here is my list of the best ten travel novels I’ve read over the past couple years. 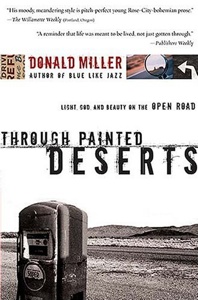 This is one I actually found in the “Christian” Non-Fiction section, which can be unfair. There’s no question Miller is a Christian, but he’s a writer first and foremost, he’s not preachy, and his questioning of his own faith, of reasons for existence, of who and what he is or is becoming is reminiscent of the fantastic soul searching that came from the travel writing of the Beat generation. Miller’s account of his trip is great, going through the moments of beauty, the necessity of good road trip music, and admitting his moments of embarrassment and fear as freely as any other part of his journey.

The early reading of this book can be hard, because after the first few chapters there’s a lot of the Western perspective, the whining of living conditions and poverty, the type of scorn you don’t care to read from travel writing. I’m glad I read the rest, because like “Through Painted Deserts,” “Holy Cow” is about the author’s journey. Sarah evolves and changes chapter to chapter in front of you as she sheds the scornful nature of an atheist “too smart” to fall for superstition, and she opens up, traveling through India and sampling all the different religious beliefs and practices as she becomes a humble Theist who learns happiness, learns to grow, and learns that alien cultures can have a lot to offer the open traveler.

8
Into the Wild
John Krakauer 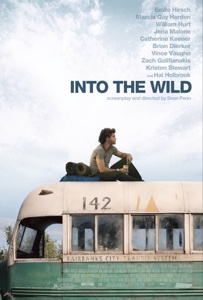 I first caught sight of this book at a Barnes and Noble on one of the feature tables. I was on winter break from Alaska and visiting family in Iowa. I picked up the book, sat down, and read the entire work in one sitting. Travel book, journalistic book, nature book, adventure book—whatever you call it, this is one heck of a read, and the debate this book causes is deep and passionate. As a wanderlust traveler, I understand the drive the main character feels, as an Alaskan, I understand the native perspective of irritation, of the lack of understanding that nature is brutal and especially Alaska needs to be respected as such. 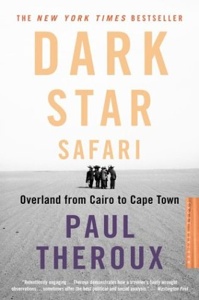 The full title of this novel is Dark Star Safari: Overland from Cairo to Capetown. Paul Theroux is at his best in “Dark Star Safari,” where his skills of observation and his dry wit are on full display. Paul takes readers the length of Africa via overcrowded rattletrap bus, dugout canoe, cattle truck, armed convoy, ferry, and train in a journey that is hard to forget. There are moments of beauty, but there are also many moments of misery and danger. This is a narration of Africa that goes beyond the skin deep to dare to look at the deeper core of what is often referred to as “The Dark Continent.” 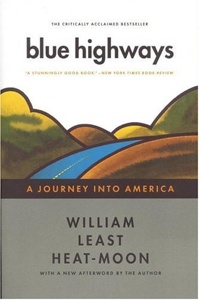 This is an auto-biographical travel journey taken by Heat-Moon in 1978. After separating from his wife and losing his job, Heat-Moon decided to take an extended road trip around the United States, sticking to “Blue Highways,” a term to refer to small out of the way roads connecting rural America (which were drawn in blue in the old Rand McNally atlases). So Heat-Moon outfits his van, named “Ghost Dancing” and takes off on a 3-month soul-searching tour of the United States. The book chronicles the 13,000 mile journey and the people he meets along the way, as he steers clear of cities and interstates, avoiding fast food and exploring local American culture on a journey that is just as amazing today as when he first took the journey. 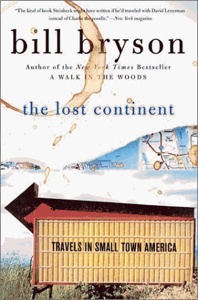 There are tons of fantastic Bill Bryson books out there, and any one of them could hold this spot here. “The Lost Continent” is Bryson’s trip across America, visiting some common places (the Grand Canyon), but also exploring the back roads and looking for that familiarity that helps him remember home. 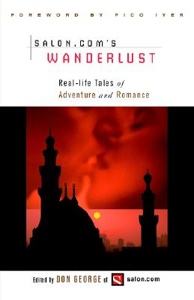 Probably one of the best travel writing collections released in recent memory, this collection is under the name Pico Iyer, who helped to edit this collection. These stories come from the “Wanderlust” section of Salon.com and create a varied tapestry of travel writing that will keep the reader flipping from one writer to another.

3
A Walk Across America
Peter Jenkins 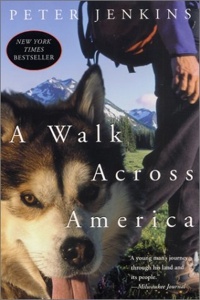 This is one of the all time modern classics in travel literature, as Peter Jenkins recalls the story of his 1973-1975 walk from New York to New Orleans. For many readers, this remains a rare travel book that grips you and keeps you. Known as a travel writer who will walk anywhere, including Alaska and China, Peter Jenkins says, “I started out searching for myself and my country and found both.” That sums up what travel writing should be all about. 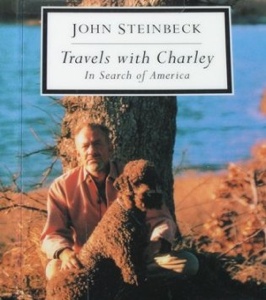 This was a novel that helped John Steinbeck win a Nobel Prize in Literature. “Travels with Charlie” is a fantastic travel narrative that gets to the heart of travel, the point of the trip, and the strange confrontation and realization that the places and people you remember are gone once you are. As he revisits the places of his youth that many of his books are based on, he realizes on seeing old friends that they’re as uncomfortable with him being back as he is with being there. A great story about travel, about home, about mourning lost history, about aging, and about America—this should be required reading for every high school student. 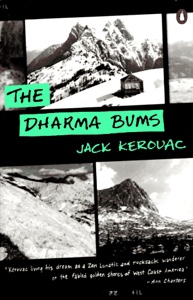 The beat generation was full of great travel narratives, and Jack Kerouac was the master of powerful, moving, passionate language that unfolded stories like few people have ever managed. While “On the Road” is the most often pointed to travel narrative by Kerouac, “The Dharma Bums” is a better book. Full of passion, interesting characters and stories, and the kind of passionate language and powerful prose that made the beat generation writers popular, this Kerouac book is extraordinary and deserving of its number one spot.