Every now and then, certain movie characters (and the actors that played them) come along and capture the heart and imagination of millions of viewers worldwide. Mark Hamill as Luke Skywalker; Sylvester Stallone as Rocky Balboa; Mel Gibson as William Wallace, along with many others, have changed everything we think about movie characters. These characters have been emotionally imprinted upon the Hollywood landscape, inspiring thousands of writers, directors, and actors to contribute to the entertainment industry with excitement, passion, and vigor. This list, however, has nothing to do with such impactful characters.

This list is about the characters that we all hate. Characters that bring nothing more than noise and distraction to the movie screen. Characters that try their best to drown out the performances of the other actors on screen, selfishly upstaging the film with their annoying banter and garrulous eccentricities. Characters that, when they appear on the screen, make you want to stuff Sour Patch Kids into your eyes and ears.

Just a side note: These are mostly sidekicks from action/adventure movies, with a couple of exceptions. I could easily make a list of 100 annoying characters from comedies or dramas, but comedy is usually something of a subjective market. So I decided to pick annoying sidekicks from seemingly serious and epic movies, because they just drain the life right out of the scene when they appear. Enjoy. 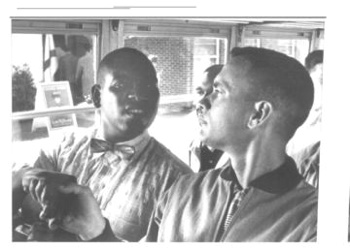 I included Bubba on this list for only a couple of reasons. I recognize that Bubba from Forrest Gump is a pretty popular character from a very popular movie. But I feel that his speech impediment, his uninspiring speeches, and his lead in the endless “shrimp” scene, warranted his inclusion in a list of annoying movie characters. Most of the scenes involving Bubba are usually dominated by Tom Hanks’ Forrest Gump character anyway, leaving the viewer wondering why we really needed another slow, confused, southerner with a speech impediment. 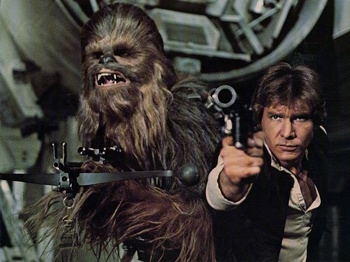 Another very popular character and a wonderful sidekick to Han Solo, but I decided to include him on the list simply because of the noise. Noise, noise, noise. Every scene involving Chewbacca is like trying to watch a movie that has been put through a wood chipper. Most of the Star Wars series is shot with great sound quality, due to Lucas’ genius work starting up the THX franchise. But even in quiet scenes aboard the Millennium Falcon while the cast is deep in hyperspace, Chewie’s “Nyraghgg nyaghhh nanyyyyyy” slices into the audio with reckless abandon, clogging up an otherwise peaceful scene.

8
Gollum
Lord of the Rings 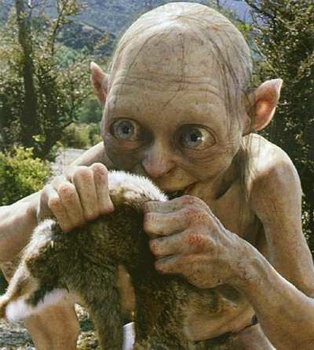 No matter what you think about the Lord of the Rings franchise, you can’t argue that most scenes involving Gollum require a certain amount of intestinal fortitude. He is ugly. He is repulsive. He repeats the same phrases over and over again. He eats raw fish. Most scenes that involve Gollum make you wish you were back in the Shire. 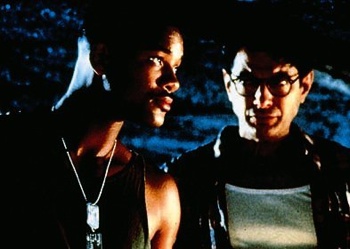 Of all the characters on this list, Jeff Goldblum’s portrayal of pseudo-sidekick David Levinson in Independence Day is the least obvious. In a way, Levinson is sort of a sneaky annoyance. While Will Smith is busy fighting aliens and saving the world from annihilation, Levinson is trying to figure out how to get back together with his wife. While Bill Pulman is busy organizing the countries of the world, uniting them in liberty and leadership, Levinson is worrying about science and trying to deal with his grumpy ole dad. Then by the end somehow he finds himself on a secret mission to blow up the mothership, and as they are flying through space, I swear you can see a look on his face that says “Did I leave the oven on?” Plus, his “drunk” scene is absolutely not believable. He downs a liter of Vodka in a fit of depression one minute, then in the next minute he is discussing physics with the U.S. Department of Defense. Please, just get off the screen and let Will Smith kick some ass. 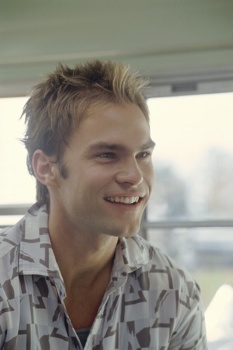 The only thing more annoying than Stifler himself is an impersonation of Stifler, which is something that occurred in frat houses nationwide soon after American Pie was released. I am not trying to say that American Pie is a good movie (trust me, it isn’t), but did we really need a cocky mama’s boy to fluff up the scenes and make them even funnier? I actually enjoyed most scenes that involve Eugene Levy, but then inevitably Stifler would appear and force me to remember that I was watching a terrible teenage comedy about sex. Not really a sidekick, but annoying nonetheless. 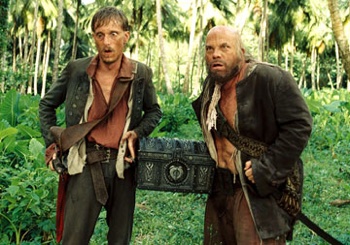 This duo takes a position in this list because they simply bring nothing to the table and serve as a good reminder that big movie studios think you (the audience) are stupid. What’s not to like about two goofy pirates, especially when one of them keeps losing an eyeball? Everything. They are not funny and they always interrupt any scene involving Johnny Depp, who brings enough comedy to this adventure movie.

4
Willie Scott
Indiana Jones and the Temple Of Doom 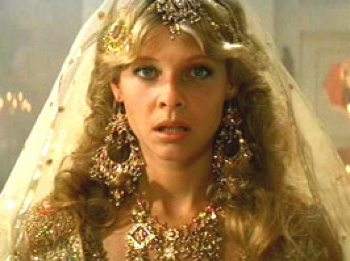 Any movie tends to lose a little bit of watch-ability when there is one single character who does nothing but scream the entire movie. Yes, the entire movie. She is screaming, complaining, whining, crying, and yelling for the whole flippin’ movie, and the whole time she thinks that she is a beautiful singer and the object of Indiana’s affection. Most scenes involving Willie Scott and Indiana Jones are somewhat uncomfortable, because you are just waiting for her to start screaming again. She is a horrible sidekick too, because she simply has no interest in participating in the adventure. I have seen this movie several times and I have yet to figure out why she is even there.

If you’ve seen this movie, you know exactly why he (or she?) is on this list. This androgynous brand of annoyance brings new meaning to the term; loud voice, whiny tone, horrible costume, persistent commentary, and amazing ability to make everyone in the audience wish they had stayed at home. A complete distraction in what is at least a decent movie. The only other person capable of truly bringing this character to life would have been Gilbert Gottfried, but I think Chris Tucker did a pretty good job. 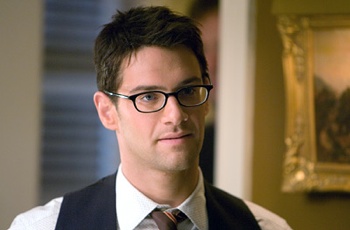 Any character that can actually make me wish to see MORE of Nicholas Cage deserves to be included in a list of annoying movie sidekicks. Enter Riley Poole, fledgling sidekick to Nicholas Cage’s character Ben Gates. The worst part about Mr. Poole? The lines. Yes, yes, I know, it’s a Disney movie. But these one-liners are horrible. I remember actually wanting Nicholas Cage to start talking, just so I could get a break from Poole’s incessant humor. I think the idea behind Riley Poole is to make the audience constantly think, “Oh that Riley, he just can’t do ANYTHING right, can he?” which is O.K. if we are watching a Tom and Jerry cartoon. But for a full-length, 90 minute action/adventure movie? It is downright criminal. 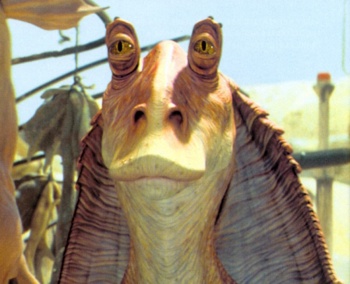 I mean, is there really any other option? In the most anticipated prequel of the 90’s (and arguably, of all time) the character of Jar Jar Binks took center stage in the Star Wars universe and proceeded to halt all the momentum George Lucas had created in the late 1970s. With his computer generated baby mumbling, awkward human-alien interactions, and helpless efforts to help the Jedi, Jar Jar made audiences worldwide stare aghast at the screen at probably the most disastrous “comic relief” sidekick in film history. In defense of Jar Jar, George Lucas has said “…there is a small group of fans that do not like comic sidekicks. They want the films to be tough like The Terminator, and they get very upset and opinionated about anything that has anything to do with being childlike,” clearly showing his intention of making the Jar Jar Binks character purely kid friendly and nonsensical. Honestly, George, I would have rather seen Elmo or Big Bird tagging along with the Jedi. Jar Jar Binks was a walking catastrophe.