NOTE: Some readers may find the text and images on this list disturbing. For most of our readers, the biggest troubles in their lives are petrol prices, long working hours, and increasing food costs. For many women in the world, these are the least of their concerns. Terrible atrocities are committed against untold numbers of women around the world every day and for most of these women, justice will never be served. This is a list of the worst of the atrocities. In no particular order: 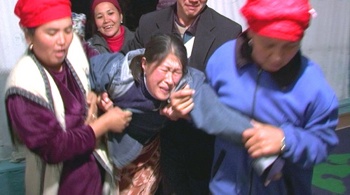 Bride kidnapping is a common practice in Kyrgyzstan and Turkmenistan. When it is time to get married in Kyrgyzstan, a man or his family will pick a woman and she will be kidnapped. The prospective groom and his male relatives or friends or both abduct the girl (in the old nomadic days, on horseback; now often by car) and take her to the family home, where the older women of the family try to get her to accept the marriage. Some families will keep the girl hostage for several days to break her will. Others will let her go if she remains defiant. The kidnapped woman’s family may also become involved in the process, either urging the woman to stay if the marriage is believed to be socially acceptable or advantageous for the prospective bride and her family, or opposing the marriage on various grounds and helping liberate the woman.
In Ethiopia and Rwanda it is quite brutal, where the man kidnaps the woman and rapes her. The family of the woman either then feels obliged to consent to the union, or is forced to when the kidnapper impregnates her, as no one else would marry a pregnant woman. 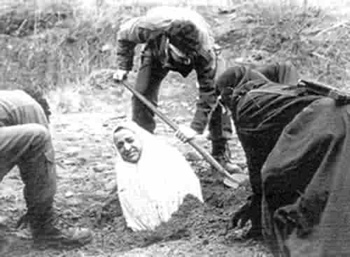 Honor Killing is a punitive murder, committed by members of a family against a female member of their family whom the family and/or wider community believes to have brought dishonor upon the family. A woman is usually targeted for: refusing an arranged marriage, being the victim of a sexual assault, seeking a divorce (even from an abusive husband), or committing adultery or fornication. These killings result from the perception that any behavior of a woman that “dishonors” her family is justification of a killing that would otherwise be deemed murder. UNICEF has reported that in India, more than 5,000 brides are killed annually because their marriage dowries are considered insufficient. As of 2004, honor killings have occurred within parts of various countries, such as Albania, Bangladesh, Brazil, Canada, Denmark, Ecuador, Germany, India, Iraq, Israel, Italy, Pakistan, Saudi Arabia, Sweden, Uganda, United Kingdom and the United States. 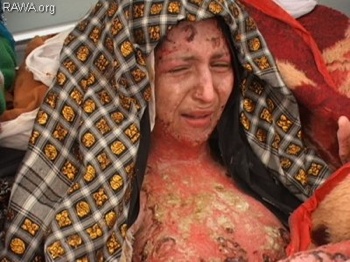 Bride Burning is a form of domestic violence practiced in parts of India, Pakistan, Bangladesh and other countries located on or around the Indian subcontinent. In bride burning cases it is alleged that a man, or his family, douses his wife with kerosene, gasoline, or other flammable liquid, and sets the woman alight, leading to death by fire. 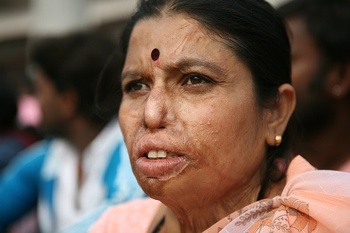 Acid Attacks are a violent phenomena that primarily occur in Afghanistan. Perpetrators of these attacks throw acid at their victims (usually at their faces), burning them. The consequences include permanent scarring of the face and body as well as potential blindness. Acid attacks are sometimes referred to as vitriolage. 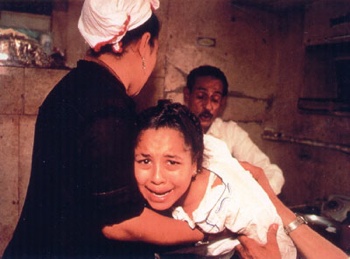 Female genital mutilation refers to all procedures involving partial or total removal of the external female genitalia or other injury to the female genital organs whether for cultural, religious or other non-therapeutic reasons. FGM is practiced throughout the world, with the practice concentrated most heavily in Africa. There have been many concerted efforts by the WHO to end the practice. Among practicing cultures, FGM is most commonly performed between the ages of four and eight, but can take place at any age from infancy to adolescence. The procedure, when performed without anesthetic, can lead to death through shock from immense pain or excessive bleeding. 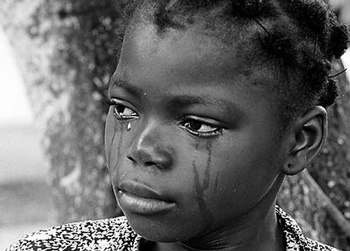 Since the fall of the iron curtain, the impoverished former Eastern bloc countries such as Albania, Moldova, Romania, Bulgaria, Russia, Belarus and Ukraine have been identified as major trafficking source countries for women and children. Young women and girls are often lured to wealthier countries by the promise of money and work and then reduced to sexual slavery. It is estimated that 2/3 of women trafficked for prostitution worldwide annually come from Eastern Europe, three-quarters have never worked as prostitutes before. The major destinations are Western Europe (Germany, Italy, Netherlands, Spain, UK and Greece), the Middle East (Turkey, Israel, the United Arab Emirates), Asia, Russia and the United States. An estimated 500,000 women from Central and Eastern Europe are working in prostitution in the EU alone. 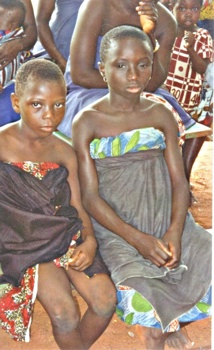 In parts of Ghana, a family may be punished for an offense by having to turn over a virgin female to serve as a sex slave within the offended family. In this system of slavery of ritual servitude, young virgin girls are given as slaves in traditional shrines and are used sexually by the priests in addition to providing free labor. [Image above: two young female slaves]