“I am not AN American,” Sam Clemens once quipped. “I am THE American.” Humorist, satirist and scathing social commentator, Mark Twain occupies a special place in the pantheon of American (and world) writers. Few have come close to matching his precision in lampooning the ills of society, but none have surpassed him. Here is a collection of twenty of his greatest quotations, though there are certainly hundreds to choose from. Enjoy! 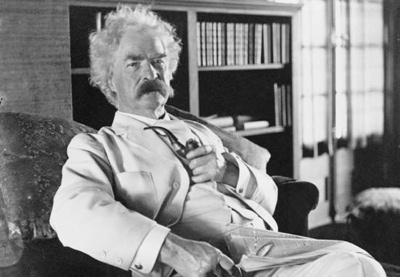 1. Total abstinence is so excellent a thing that it cannot be carried to too great an extent. In my passion for it I even carry it so far as to totally abstain from total abstinence itself.

2. Life would be infinitely happier if we could only be born at the age of eighty and gradually approach eighteen.

3. The average American may not know who his grandfather was. But the American was, however, one degree better off than the average Frenchman who, as a rule, was in considerable doubt as to who his father was.

4. Concerning the difference between man and the jackass: some observers hold that there isn’t any. But this wrongs the jackass.

5. There has been only one Christian. They caught him and crucified him–early. 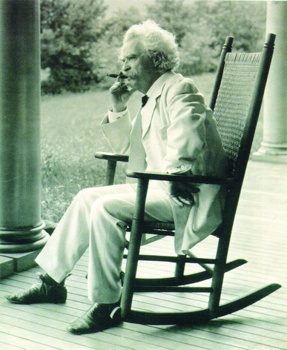 6. There are many humorous things in the world; among them, the white man’s notion that he less savage than the other savages.

7. Clothes make the man. Naked people have little or no influence in society.

10. Heaven goes by favor. If it went by merit, you would stay out and your dog would go in. 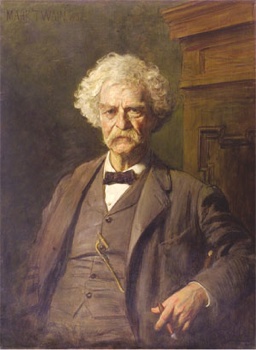 11. Of the demonstrably wise there are but two: those who commit suicide, and those who keep their reasoning faculties atrophied with drink.

12. Get your facts first, and then you can distort them as much as you please.

13. Ah, well, I am a great and sublime fool. But then I am God’s fool, and all His work must be contemplated with respect.

14. I am quite sure now that often, very often, in matters concerning religion and politics a man’s reasoning powers are not above the monkey’s.

15. I would rather have my ignorance than another man’s knowledge, because I have so much more of it. 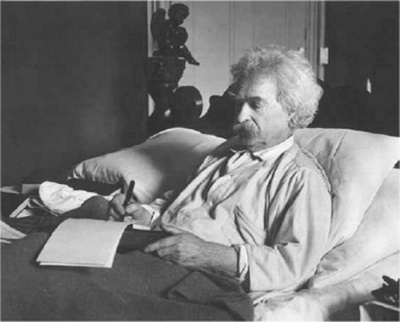 16. In the first place God made idiots. This was for practice. Then He made school boards.

17. Let us endeavor so to live that when we come to die even the undertaker will be sorry.

18. Patriot: the person who can holler the loudest without knowing what he is hollering about.

20. It is by the goodness of God that in our country we have those three unspeakably precious things: freedom of speech, freedom of conscience, and the prudence never to practice either.