I expect most people will have heard of at least one or two of these, but if eight are new to you, I will be happy. Religion has existed since man’s first thought, and this list probably illustrates that it is unlikely to go away anytime soon. So here is a list of 10 religions that you (probably) never knew existed. 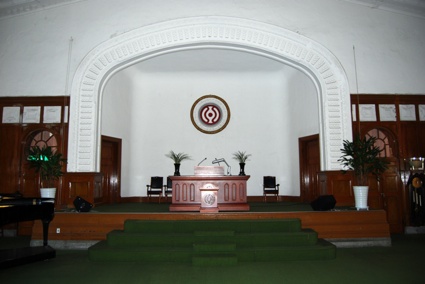 Cheondoism is a 20th-century Korean religious movement that has its origins in a peasant rebellion in 1812. Cheondoist theology is basically monotheistic, pantheistic and panentheistic. Cheondoism is rooted in Korean shamanism and Korean Buddhism, with elements drawn from Christianity. It has become so popular in Communist North Korea that it is now the leading religion there. The religion believes that God exists in each of us and that we should all strive to make earth a paradise. It attempts to transform the believers into intelligent moral beings with a high social consciousness. [Image above: Cheondoism central temple] 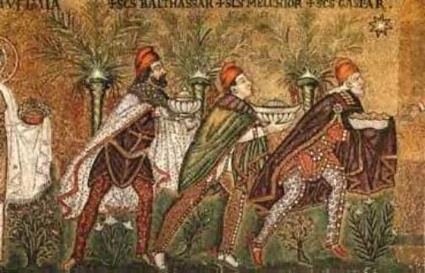 Mazdakism is a religion founded by Mazdak, a socialist Persian (Iranian) reformer in the 6th century BC. He claimed to be a prophet (similar to Mohammed 1,200 years later) and instituted communal possessions and social welfare programs. The two distinguishing factors of Mazdak’s teaching were the reduction of the importance of religious formalities — the true religious person being the one who understood and related correctly to the principles of the universe — and a criticism of the strong position of Zoroastrian clergy, who, he believed, had oppressed the Persian population and caused much poverty. Despite the concepts of good conduct and Pacifism, the followers of Mazdak raided the palaces and harems of the rich, removing the valuables to which they believed they had equal rights.

8
Builders of the Adytum

Builders of the Adytum (or BOTA for short) is a religion created in California by Dr. Paul Foster Case. The religion teachs its adherants by correspondence but also has bases around the world where people meet and perform religious ceremonies. Most of the beliefs and teachings are based on esoteric psychology, occult tarot, Hermetic Qabalah, Astrology, and meditation techniques. BOTA is not a strictly Christian organization, nor is it Jewish. B.O.T.A believes that the Qabalah is the mystical root of both ancient Judaism and the original Christianity, but people of all faiths are accepted if they are mystically inclined. The clip above features BOTA member Sonia Choquette.

Asatru is a revival of ancient Nordic religion based upon polythesitc faith and mythic tales. According to the religion, there are four key deities and several minor gods. Adherents usually live in communities called Kindreds. They ascribe to the “Nine Noble Virtues” as a model for their lives. While the original Norse would have participated in animal sacrifice, modern worshipers offer mead, a honey-wine, to the gods. Major holidays revolve around the changing seasons with Yule being the most important. It is celebrated in late December and continues for twelve days.

Eckankar was established by American John Paul Twitchell in 1965. It is a monotheistic faith, which worships the divine spirit “Eck.” Eckankar is similar to some Eastern religions in its belief that the soul is constantly reincarnated until it achieves spiritual liberation. The religion teaches that spiritual growth is only possible through special meditative exercises similar to yoga. Through these practices, the soul can escape the physical form and enter the Sugmad, or spiritual realm. Successful completion of one’s spiritual journey results in a reunification with Eck.

Jainism was founded in India over 2500 years ago. It survives today with approximately four million believers, called J. This polytheistic faith preaches that many gods exist alongside humans in a complex hierarchy. The Jain gods are symbolic of common human ideas. Similar to Buddhism, the goal of “Jain Life” is to achieve spiritual perfection and free the soul from the cycle of rebirth. Those who succeed in this endeavor are called jinas. Jain worship centers on icons and numerous Jain temples in India contain images of the 24 tirthankaras, revered spiritual leaders. Offerings are frequently made to these images as part of Jain ritual. Meditation and monasticism are also key features of Jainism.

Founded in the early 20th century, this religion is based around so-called “prophet healing” churches in Africa. It claims around one million adherents, mostly in Nigeria. Aladura is directly related to the Anglican movement of Christianity. It was founded as a response to missionary movements in Africa. The religion emphasizes divine healing and a strict moral code. Its practices mix Anglican traditions with African rituals. Many ritual objects are involved in the practice, and the faiths leaders are known as prophets who are entrusted with healing believers through rituals and prayer.

This Vietnamese religion combines elements of Confucianism, Taoism, Buddhism, and Catholicism. It was founded in 1926 and claims up to 6 million adherents. Believers worship a vast array of saints, which includes such notable figures as Julius Caesar and Pericles. The ecclectic nature of Cao Dai complements its idealistic mission to create a more tolerant world. Adherents see all humans as sharing a divine heritage. The practicies of this faith are somewhat occult and derived from Taoist traditions. Believers hold seances in addition to group prayer and elaborate ritual ceremonies.

Established in South Korea in 1954, the Unification Church ascribes to a unique interpretation of Christianity. Its 3 million believers praise the faith’s founder Sun Myung Moon, the religion’s founder, as the Messiah and ascribe to a doctrine known as the “Divine Principle”. This doctrine emphasizes duality in nature and the harmonious union of masculine and feminine. Subsequently, the aim of the Unification Church is to create “true families,” which is often achieved through mass weddings. These unions are also a means of fulfilling the faith’s version of God’s purpose, which is to experience joy and love through life. True joy and love can only be achieved by creating a perfect, sinless family. Only in this way does the Unification Church believe the Kingdom of God can be created. While there is no description of an afterlife, the faith preaches that the spirit will live for all eternity.

Falun Gong is a recent religious movement with roughly three million practitioners. It was founded in China in 1992 by Li Hongzhi. It combines elements of Buddhism, Taoism, and Confucianism with traditional Chinese folklore. Falun Gong aims to obtain mental and spiritual renewal through meditation. Adherents practice special exercises to awaken their center of spiritual energy and rid themselves of physical and spiritual ailments. The faith has received extensive criticism from the Chinese government, which initially saw the new cult as a threat. Outsiders also tend to ridicule Falun Gong’s contention that antagonistic space aliens are manipulating world leaders.