Our previous list dealt with the ancient olympics – this one deals with events you won’t see at any olympics. It is well known that there are some events now included in the summer olympics that seem to be odd sports, but none are as odd as these. 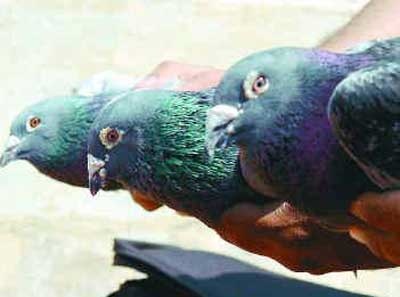 Pigeon racing is a sport involving the release of specially trained racing pigeons, which then return to their homes over a carefully measured distance. The time it takes the animal to cover the specified distance is measured and the animals’ rate of travel is calculated and compared with all of the other pigeons in the race to determine which animal returned at the highest rate of speed. 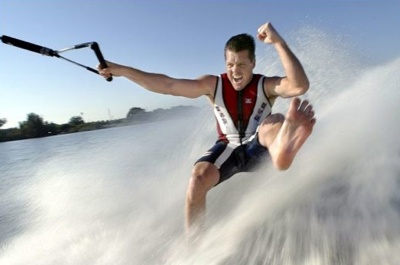 Barefoot water skiing originated in Cypress Gardens, Florida. Dick Pope Jr., on March 6, 1947, was the first recorded person to ever barefoot, though some believe the first person to do it was A. G. Hancock. By 1950, the first barefoot competition was held in Cypress Gardens. Throughout the 1950s, many other start techniques were invented including the two-ski jump out, the beach start and the deep water start. By 1961, a whole new aspect of the sport, backwards bare-footing, was added by Randy Rabe by stepping off a trick ski backwards 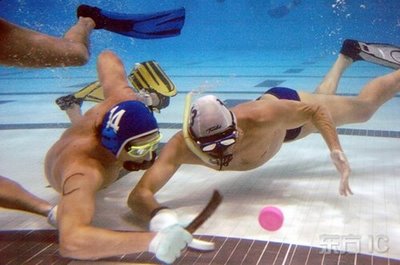 Underwater hockey (now officially called Aquachallenge) is a non-contact sport in which two teams compete to maneuver a puck across the bottom of a swimming pool into goals. Players wear a diving mask, fins and a snorkel for play. Safety gear includes a water polo style cap, a mouthguard, and a glove for the playing hand (to protect against pool-bottom abrasion and, in some designs, knuckle protection against puck impact). Because current rules permit a player to switch the stick between hands mid-play, players may choose to wear a protective glove on both hands. 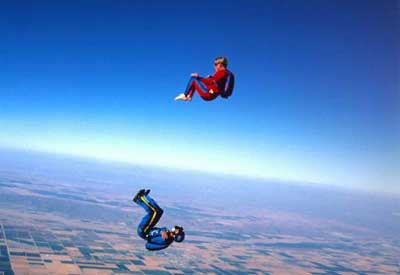 Freestyle skydiving is a competitive skydiving discipline where one member of a two-person team performs acrobatic maneuvers in free fall while the other one films the performance from a close distance using a helmet mounted camera.

Freestyle was first performed by Deanna Kent and others for her husband Norman Kent’s 1989 film “From Wings Came Flight”. It became a competitive skydiving discipline in the early 1990’s and became an official FAI sport in 1996. 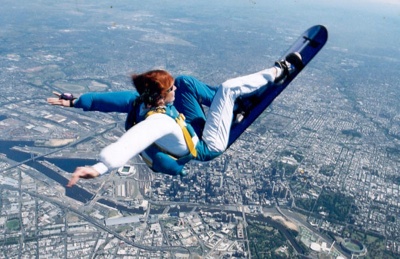 Skysurfing is a type of skydiving in which the skydiver wears a board attached to his or her feet and performs surfing-style aerobatics during free-fall.

The boards used are generally smaller than actual surfboards, and look more like snowboards or large skateboards. The attachment to the feet is normally made removable, so that if the skydiver loses control or has difficulty opening their parachute, the board can be jettisoned.

Skysurfing is a distinct skill requiring considerable practice. The simplest skysurfing technique is to stand upright on the board during free fall, and tilt the nose of the board down to generate forward movement. However even this basic technique is a balancing act which experienced skydivers find tricky to learn. 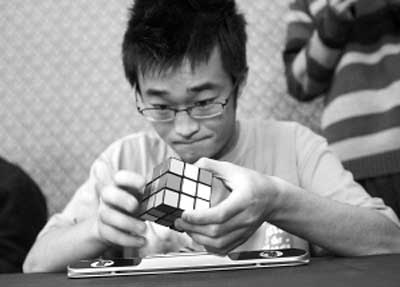 Speedcubing (also known as speedsolving, speed cubing or speed-cubing) is the activity of solving a Rubik’s Cube or related puzzle as quickly as possible. Here, solving is defined as performing a series of moves that transforms an incomplete cube into a state where each of the cube’s six faces is one single, solid color.

Regular cubes are sold commercially in variations of 2x2x2, 3x3x3, 4x4x4, and 5x5x5. Variations of the puzzle have been designed with as many as 11 layers, but the largest denomination cube that has been physically produced is a 7x7x7. The current world record for a single solve of the 3x3x3 stands at 7.08 seconds, set by Erik Akkersdijk at the Czech Open on July 12-13, 2008. 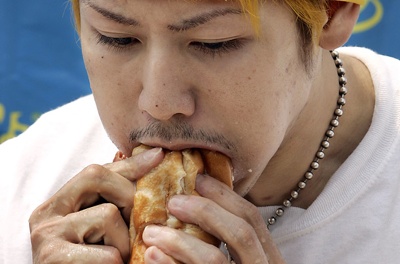 Competitive eating is an event wherein participants consume large quantities of food in a short time period, typically 15 minutes or less, and the eater of the most food receives a prize. The type of food varies, although contests are primarily focused on fast foods or desserts. Items are almost always a single type of food, such as hot dogs, pie, or mayonnaise, among many others. Competitive eating is most popular in the USA and Japan. Competitive eaters are sometimes known as “gurgitators.” 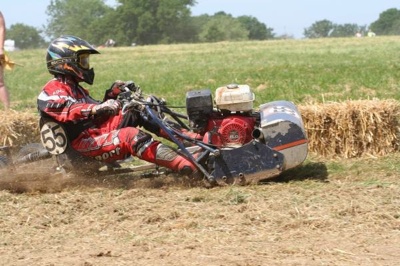 Lawn mower racing is a form of motorsport in which competitors race modified lawn mowers, usually of the ride-on or self-propelled variety. Original mower engines are retained, but blades are removed for safety. The sport attracts all ages, and is usually entered into in a spirit of fun rather than extreme competitiveness, though many do take it quite seriously. 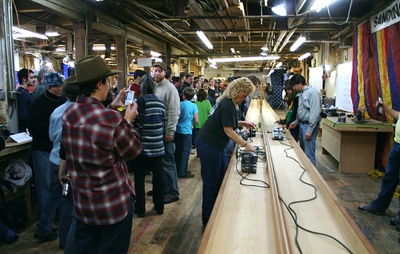 Belt sanders were one of the first power tools used in the growing field of power tool drag racing wherein a pair of stock or modified belt sanders are placed in parallel wooden channels and fitted with long extension cords. Each heat begins when a common switch or individual switches triggered by the racers energizes them, causing the sanders to race towards the end of the track spitting wood dust along the way. Stock sanders race down a 50′ long track, while modified sanders race on a 75′ long track. 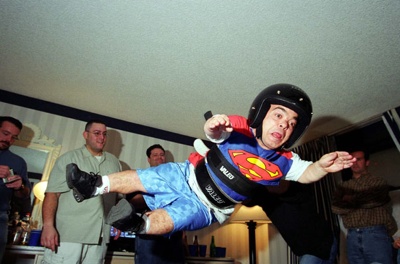 Dwarf tossing is a bar attraction in which dwarfs wearing special padded clothing or Velcro costumes are thrown onto mattresses or at Velcro-coated walls. Participants compete to throw the dwarf the farthest. The term “dwarf throwing” is sometimes used. This “sport” has been banned in numerous places.

This article is licensed under the GFDL because it contains quotations from Wikipedia articles.