Land mines are controversial because they remain dangerous after the conflict in which they were deployed, killing and injuring civilians and rendering land impassable and unusable for decades. The International Campaign to Ban Landmines has sought to prohibit their use, culminating in the 1997 Convention on the Prohibition of the Use, Stockpiling, Production and Transfer of Anti-Personnel Mines and on their Destruction, known informally as the Ottawa Treaty. The UN estimates that with current technology, it will take nearly 1,100 years to clear all the mines in the world. 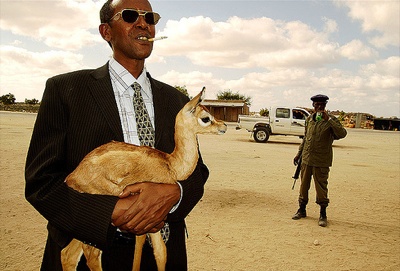 The mine problem in Somalia is a result of various internal and regional conflicts over an almost 40-year period, with the first reported occurrence of mine-laying in 1964. Central and southern Somalia are heavily contaminated with mines and unexploded ordnance (UXO). The UN claims that the socioeconomic impact of landmines can be seen in almost every aspect of Somali society: reduced land available for livestock and agricultural production, increased transportation costs, poor performance of rehabilitation and development efforts, loss of life, disabilities, a general lack of security of communities, and obstacles to repatriation and reintegration. Casualties continue to be reported from mines and UXO. The UN also believes, however, that the mine and UXO threat in Somalia is “a finite problem” and one that “given sustained attention,” can be solved in a seven- to ten-year period with adequate resources. Somalia cannot accede to the Mine Ban Treaty because it has been without a central government since the 1991 fall of the government of Siyad Barre. 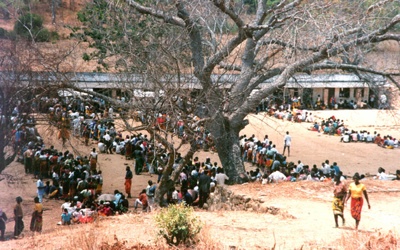 After almost thirty years of war, Mozambique is one of the poorest countries in Africa. Grain must be imported and the economy depends heavily on foreign aid. Mozambique is faced with desertification, pollution of surface and coastal waters, and severe drought and floods in the central and southern provinces. In addition, much of its farmable land is unusable because of landmines. “Perhaps the most devastating use of land mines was the random dissection of mines in fields and along access paths to stop peasants from producing food,” notes Human Rights Watch Africa in a report entitled “Land Mines and Economic Life”. Mines manufactured in 15 different countries were used by all sides in the fighting, accelerating a devastating famine cycle in the 1980s that sent a huge refugee exodus across the borders with South Africa, Zambia, Tanzania and Malawi. According to Handicap International, an estimated 20 people step on landmines every month in Mozambique. Sixty percent of them die because they lack access to health services. In 1996, Mozambique’s Defense Minister estimated that there were still about 3 million landmines in Mozambique. The devastation caused by mines in Mozambique is striking. In addition to farmable land, power lines, roads, bridges, railroads, and airports, even schools, factories and cattle dip tanks were mined. Wildlife is also threatened by mines: elephants have been found maimed by anti-personnel mines and killed by anti-tank mines. The average life expectancy in Mozambique is about 46 years. 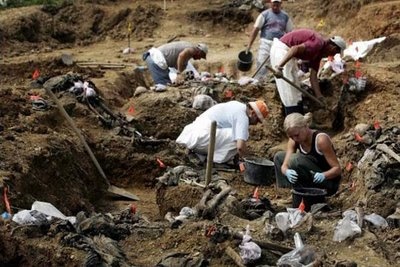 Bosnia-Herzegovina is heavily contaminated with landmines and explosive remnants of war, primarily as a result of the 1992-1995 conflict related to the break-up of the Socialist Federal Republic of Yugoslavia. The mine contamination is generally low density. Mines were used extensively along confrontation lines, which moved frequently. Most minefields are in the zone of separation between the two entities; this is 1,100 kilometers long and up to four kilometers wide. In southern and central Bosnia-Herzegovina, mines were often used randomly, with little record keeping. Some of the affected territory is mountainous or heavily forested, but the fertile agricultural belt in Br?ko District is one of the most heavily contaminated areas. Every month landmines kill or injure 30-35 people, 80% of them civilians. The presence of these deadly weapons is hindering reconstruction, severely reducing food production and diverting resources needed to rebuild society. So far, only a small percentage of mine-contaminated land has been cleared according to humanitarian standards. Most minefields remain unmarked. 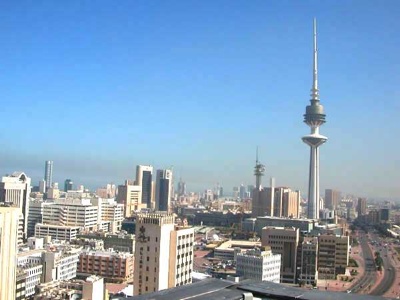 Kuwait’s history has been filled with stress due to the vast amount of oil found throughout the country. During the Gulf War, Iraq occupied Kuwait from August 1990 until February 1991. The Iraqi troops planted millions of AP and AT mines in the “Kuwait Theater of Military Operations.” Approximately 97.8 percent of Kuwait’s land became mined or UXO affected. Heavily mined areas were the northern cost of Kuwait Bay and the Kuwait-Saudi Arabia border. Immediately after Kuwait’s liberation, the government planned for an integrated mine action program. The duration was 24 months and cost $128 million (U.S.). According to the Landmine Monitor Report, as of April 3, 1999, almost 2 million landmines had been recovered from coastal and desert areas of Kuwait. A mine awareness program was also established to inform civilians about the dangers of landmines. 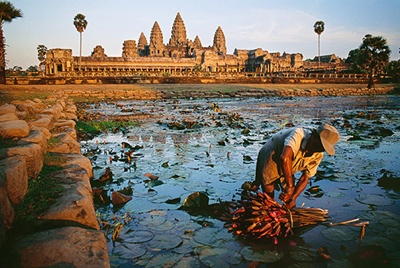 Three decades of war in Cambodia have left scars in many forms throughout the country. Unfortunately, one of the most lasting legacies of the conflicts continues to claim new victims daily. Land mines, laid by the Khmer Rouge, the Heng Samrin and Hun Sen regimes, the Vietnamese, the KPNLF, and the Sihanoukists litter the countryside. In most cases, even the soldiers who planted the mines did not record where they were placed. Now, Cambodia has the one of the highest rates of physical disability of any country in the world. While census data for Cambodia is sketchy, it is generally accepted that more than 40,000 Cambodians have suffered amputations as a result of mine injuries since 1979. That represents an average of nearly forty victims a week for a period of twenty years. While it is believed that no military groups are still deploying mines, the devices are still being used in new and horrible ways: Civilians have used mines to protect property and settle disputes; poachers are reportedly using mines to hunt tigers, which are prized for use in medicines in neighboring Vietnam; and in once incident in 1998, police surrounded a forest with mines in order to capture a murder suspect who had hidden there. He emerged from the forest and stepped on a mine, and was then shot to death by police. At the current rate of progress, it may take as many as 100 years to clear all the mines in Cambodia. 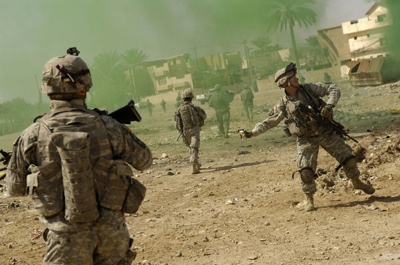 Iraq is severely affected by mines and unexploded ordnance (UXO) as a result of the 1991 Gulf War, the 1980-1988 Iraq-Iran War, two decades of internal conflict, and even World War Two. Landmines and UXO pose a problem in the north, along the Iran-Iraq border, and throughout the central and southern regions of the country. The number of mines planted in Iraq is not known, but it is estimated by the United Nations to be at least 10 million. A recently completed Landmine Impact Survey confirmed that all twenty-five districts in the three provinces (governorates) comprising northern Iraq are mine-affected, and 3,444 distinct areas suspected of mine and/or UXO contamination affect over 148,000 families (more than one in five) living in 1,096 mine-affected communities. 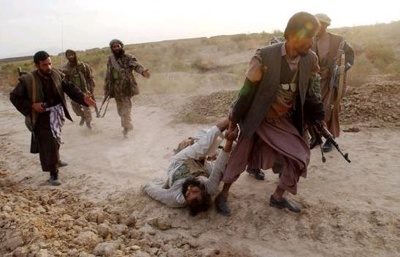 Afghanistan has suffered greatly from war since 1978, and all sides to the various armed conflicts have used antipersonnel mines, particularly Soviet forces and the Afghan government from 1979 to 1992. Landmines have been planted indiscriminately over most of the country. Agricultural farms, grazing areas, irrigation canals, residential areas, roads and footpaths, both in urban and rural areas, are contaminated. Mines are a major obstacle to repatriation, relief, rehabilitation and development activities. Landmines kill or maim an estimated ten to twelve people each day in Afghanistan. It is believed that almost 50 percent of landmine victims die due to lack of medical facilities. 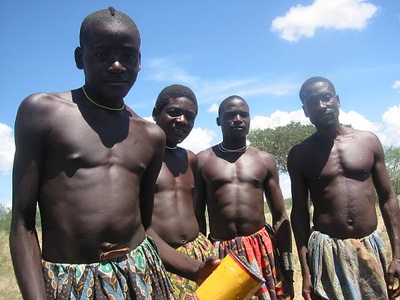 Estimates of the number of Angolan landmines range between 10 and 20 million, which equates to at least 1 to 2 land mines for every person in the country. U.N. estimates put the number of Angolan amputees resulting from the silent killers at 70,000. For three decades mines were scattered in Angola’s fields, villages, roads, and other unexpected places to intimidate, maim and kill innocent victims. Land mines have a devastating effect upon the environment by restricting the movement of people, deterring farming, disrupting economies, and killing and mutilating many innocent men, women, and children. In 1993 a UN General Resolution moratorium on the sale and export of antipersonnel land mines was passed. However, international consensus has yet to be achieved and Angola’s problem continues unabated. 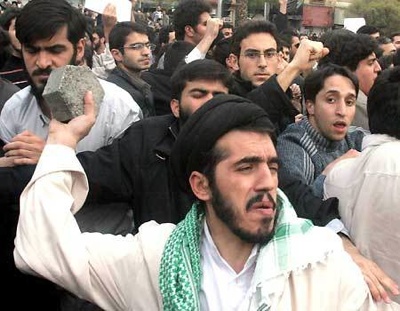 Landmine and unexploded ordnance (UXO) contamination in west and southwest Iran, particularly the provinces of Kurdistan, Western Azerbaijan, Khuzestan, and Kermanshah, results from the 1980-1988 Iran-Iraq conflict. Government officials claim that Iraq planted some 16 million landmines in Iran during the 1980s, contaminating an area of over 42,000 square kilometers. Landmines and UXO are reported to have severely limited agricultural production in the five provinces along the Iraqi border. They also compromise exploitation of oil fields. Mine and UXO contamination has affected historical sites and hindered archeological studies in southwest Iran. 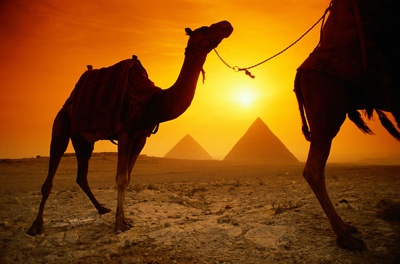 World War II and the Egypt-Israel wars of 1956, 1967, and 1973 have left Egypt a mine-affected country. Egypt often cites a figure of 23 million landmines buried in the country. Egypt’s problem stems from the fact that its land mines are old and hard to locate and were designed for use against tanks, whereas international criticism is generally focused on anti-personnel mines. According to the ministry of defense, mines have hampered human and economic development and have killed and injured thousands of civilians. Seven million mines have been cleared from the western desert in the past 15 years and three million from the Sinai desert. The nomadic people refer to waste tracts of desert minefields as “The Devil’s Garden.”