Child marriage a violation of human rights and many of the children have no say in the matter. Child marriage has a host of negative consequences: increased mortality rates for both the mother and the child, mental health issues, sexually transmitted disease, and pregnancy complications. Despite laws against child marriage, millions of children are married off every year. Africa, Southern Asia, and South America are usually considered the hotspots of child marriage, but it occurs across the globe. One of the key reasons for child marriage is poverty; when families don’t have enough money, marrying off a girl young (when she may be worth more) is seen as necessary. Dowries can help families in need of money. However, it’s not just developing nations that are forcing their daughters and sons to marry. Below are ten modern countries where child marriage still occurs. 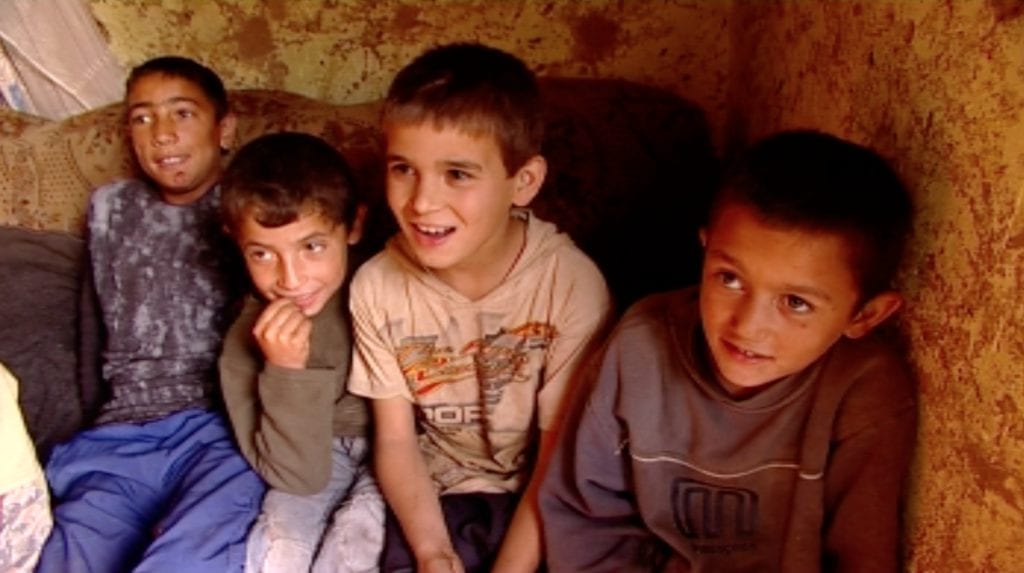 While Ukraine has a minimum age of 18 for marriage, like many countries on this list, it has exceptions where sixteen and seventeen year olds may be married with a court’s permission. The rate of child marriage isn’t very well known, but one survey suggests around 10% of girls are married before eighteen. Two factors with a positive correlation with child marriage are low economic status and lower levels of education. The most common reason for child marriage being granted by courts of 16 and 17 year olds in Ukraine is pregnancy. Being married off in Ukraine often means the closing of many doors of opportunity, as the children who do get married off are prone to dropping out of school, few job opportunities, and social isolation. Child marriage is traditional and child brides and grooms are perceived as following the “the right path.”

Among the Roma minority, there are few statistics on child marriage, partially because many Romas are not registered and thus do not have full rights and cannot legally marry. Child marriage is likely even more rampant, as the Romas often are poorer, have less education, and are more traditional-all factors linked to child marriage. Child marriage for boys is also more common among the Romas. Most troubling is the instances of abducting children and forcing them into marriage. However, the average age of marriage for Roma girls appears to have been raised from 14 to 16-18 years. 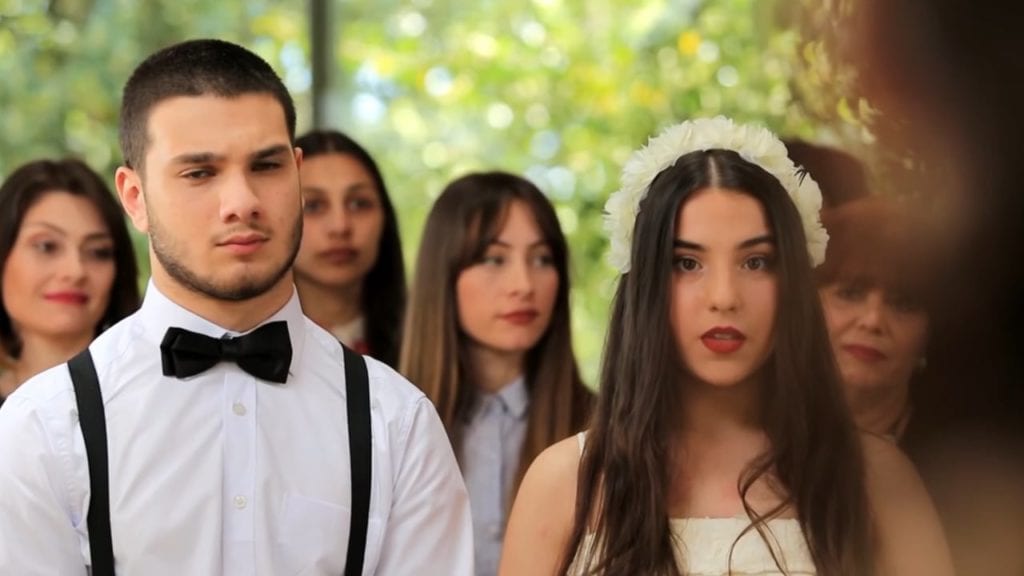 Georgia is a very traditional European country where child marriage is all too common. The exact percentage of girls who are married of in Georgia is unclear due to the fact that families find loopholes in the laws by delaying the marriage registration, but the numbers are at least 17%. This is despite the fact that Georgia has laws against child marriage, such as the minimum age being 18. There are exceptions, however, and sixteen year-olds can be married off with parental consent. The average child marriage in Georgia consists of a young girl (sometimes not even a teenager) being wed to an older male. In Georgia, this practice is steeped within the culture and has not faded throughout the centuries. Additionally, members of certain ethnic groups who don’t speak Russian or Georgian, cannot necessarily go to a doctor for help because they would need a translator. Being married off translates into a shutting off of opportunities; instead of future ambitions being realized and their education being broadened, the children become housemakers. Contraceptives are rarely used and many of these young girls become pregnant, which is dangerous for their young bodies. Children get their childhoods taken away and are thrust into the much harsher world of adults. 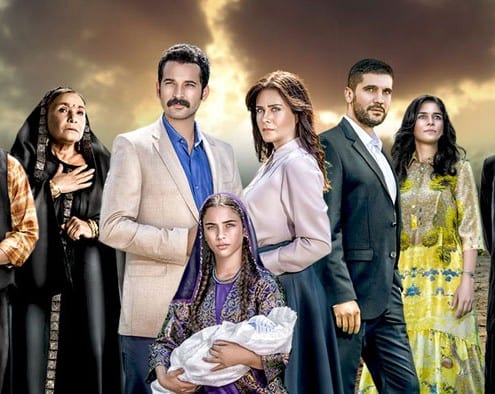 In Turkey the minimum age of marriage is 17, but 16 year-olds can be married in certain circumstances. In many cases, the children may undergo religious marriage with all of the responsibilities of a legal marriage, but none of the benefits. Children in rural areas of Turkey are more likely to bear children and childbirth is used as a catalyst for some child marriages. Children-particularly girls-can be viewed as an extra mouth to feed and this, along with the illegal continuation of dowries, makes child marriage economically advantageous for the parents. Additionally, child marriage is seen as a way to help keep a girl’s virginity and virtue. Most Turkish child marriages are forced, but some children enter them to escape abuse. However, abuse at the hands of their spouses is common with over one in five married females ages 15-24 experiencing it. 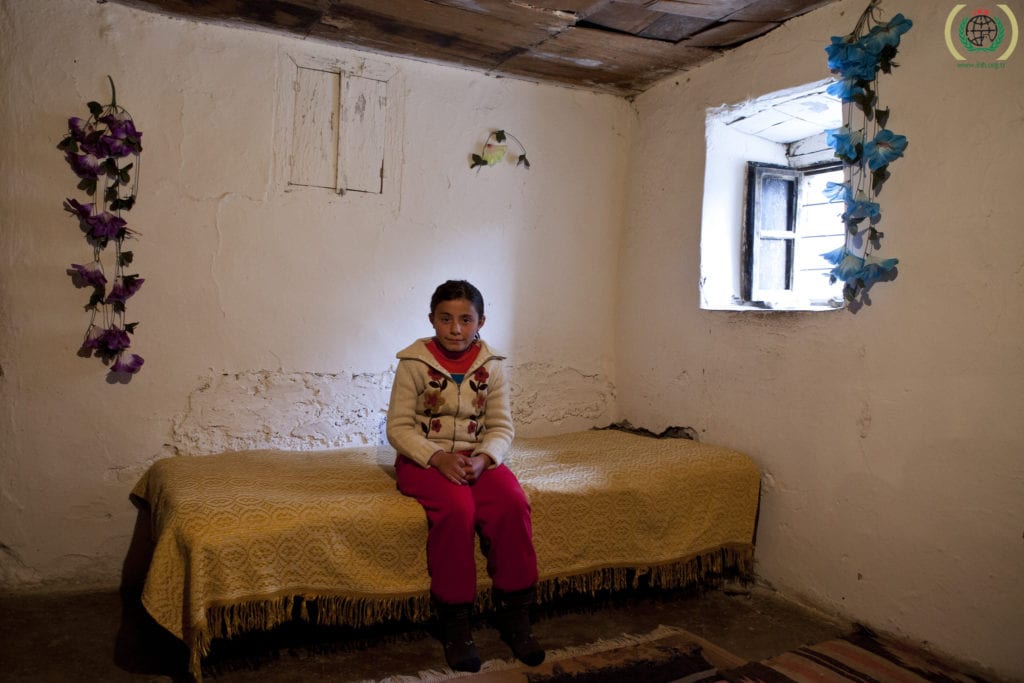 The Albanian Constitution promises to give additional protection to children, but child marriage still exists. Albania’s minimum age for marriage is 18, but exceptions-with no minimum age given-are allowed. Like in many countries, many child marriages are not legally recognized, so there is no concrete data on the prevalence, but it appears to be more common among the Roma ethnic community and in poor, rural areas. In Albania, the father usually arranges the child marriages. In some isolated communities, children see no other option.

Sometimes the spouse lives in another country and the child must not only marry, but also move to a completely different place and only see their family a couple times a year. In some cases, families jump to the ideas of getting their daughters married to wealthy men who will pay a handsome price-even if they know little about them. Some children marry at 13 and having a period is seen by some parents as a sign that their daughter is old enough to be a bride. 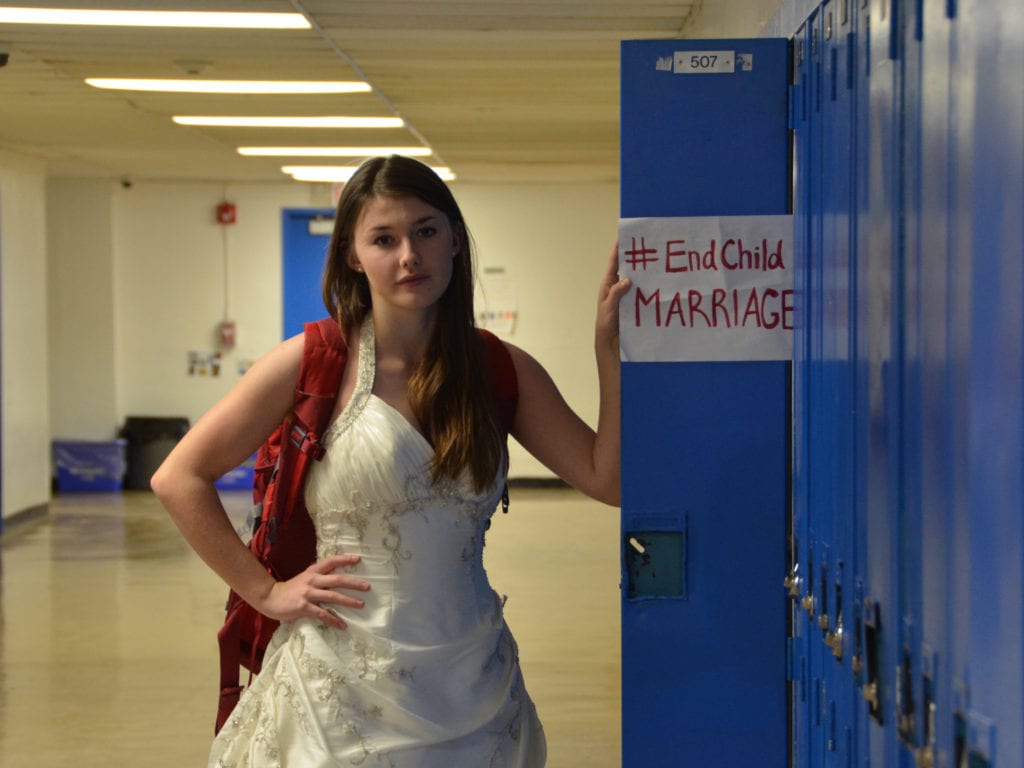 Canada is considered a very progressive country, but child marriage still occurs in its borders.Across the provinces of Canada, the minimum age for marriage varies and in some cases, 16 and 17 year olds can be married with the consent of both parents. The consent of the child, though, is not asked or needed to make the marriage happen. In many cases, the children are taken abroad to get married.

Sometimes, they stay in the country where they are forcibly wed and sometimes they return home. There are also illegal cases of younger children being married. In at least three instances, 15 year olds were taken to Missouri to be wed. Children who get married are more vulnerable-physically and emotionally-and can suffer from abuse at the hands of their spouses. 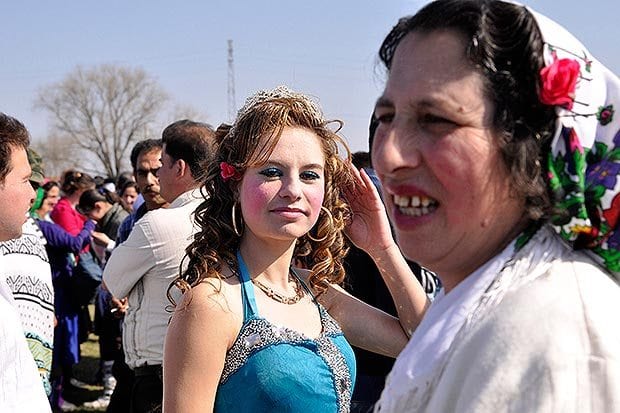 The country known for its chocolate and waffles also has a lesser known and more bitter reality: child marriage. There is not much data on child marriage in Belgium, but between 2010 and 2013, 56 statements of child marriage were given to the police. The numbers of children being married are likely much higher than the numbers of complaints; some children might be too scared or feel that it traitorous to their family to tell the police. In other instances, it may simply be so normal to the children that they do not even question it.

Child marriage is most common in certain ethnic and geographic pockets of Belgium. Afghans and Romas are two ethnic groups where child marriage is known to occur in Belgium. Children are taught to be obedient and in cases where they might be married against their own will, they might just stop fighting because it goes against what their parents taught them. 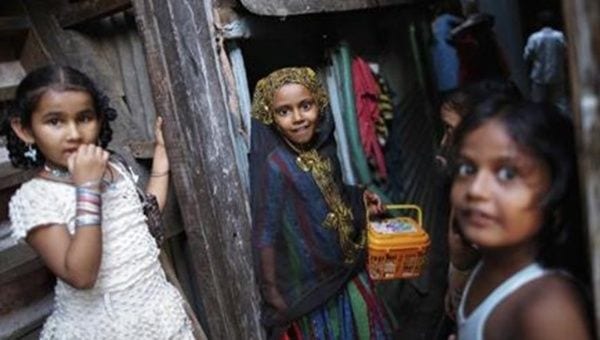 Child marriage, in either the marital form or in unions is an under-looked, but prevalent issue in Brazil. Brazilian law allows children to marry at 16 with the permission of both of their parents, but some may be married at younger ages in cases of pregnancy. Pregnant girls may face pressure from their parents to wed the father. In 2010, more than 40,000 Brazilian girls ages 10-14 were in these unions. There are several reasons that the marriages-either formal or casual-are so common in Brazil.

Tradition allows the a wide age gap between spouses. Poverty also plays a key role, as impoverished families are more likely to marry their children off. Brazil is also known for a great deal of sexism; it was ranked seventh out of 84 countries of the most female homicides. Brazil also ranks fourth in the sheer numbers of child marriages. In many of these cases, the children actually agree to go into them, but this leaves them vulnerable at the hands of their spouses, who are usually older. Children who marry are more likely to quit school and experience spousal abuse. 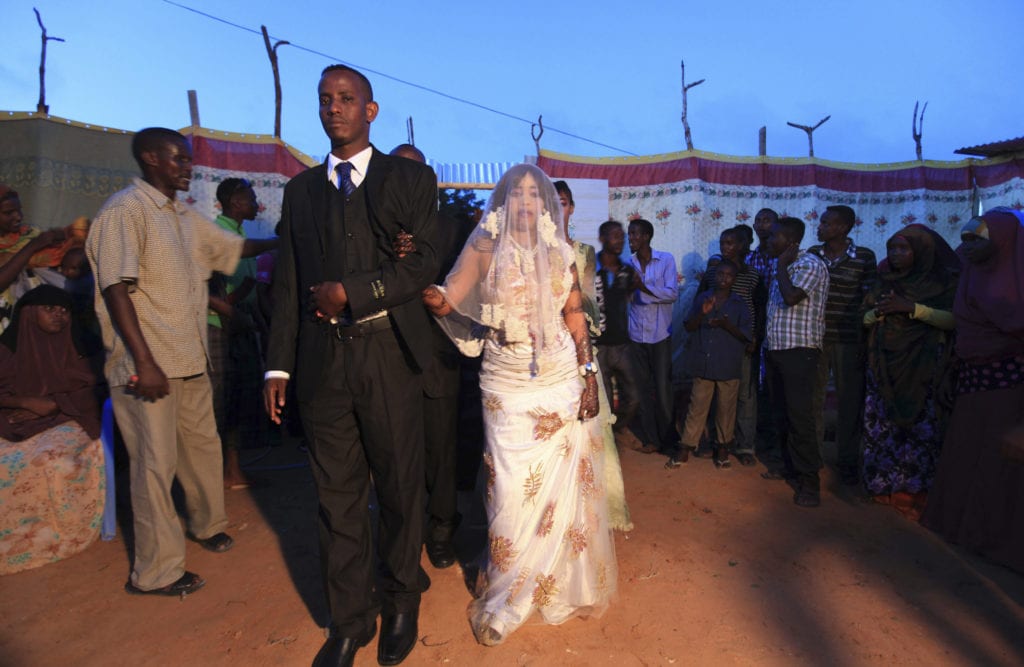 In South Africa, child marriages are illegal, but do occur. In fact, there is a cultural practice known as ukuthwala that is still practiced today. Ukuthwala consists of a man or a group of men seizing a girl or young woman who one of them wishes to marry. The man or men then try to persuade the girl and her family to let wed them. Parents sometimes agree to have their daughters abducted. This practice is today abundant with rape ad carnage. The practice of ukthwala has many negative consequences on its victims.

The abducted girls are more likely to contract sexually transmitted diseases or become pregnant, which can have major consequences for young girls with bodies that are not equipped to give birth. They are also more likely to end their education. The worst consequence, of not just ukkuthwala, but all child marriages is that the child’s innocence is stolen from them. Their childhood is cut short and there is no way to go back. 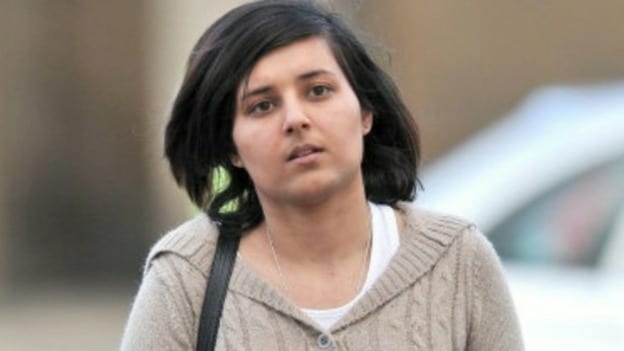 The minimum age for marriage in most of Great Britain is 18, but in Scotland it is 16. However, like many other countries, parents can consent for their children to be married if they are 16 or 17-without the child’s consent. Sometimes, the marriages are not registered also, but the children are married for all intents and purposes. In some of these cases, the children are duped into traveling to another country where they will be get married and in others, it occurs on their own home soil. Saying no to these forced marriages can have deadly consequences.

Shafilea Ahmed was kidnapped by her own parents and taken to Pakistan, where she was to be married off. Ahmed, who was 17, desperately drank bleach to try to escape it. Her parents were disgusted and murdered her. Most child marriages do not result in murder, but they are still disturbing. One investigation by Sunday Times found that some English imans were planning to sanctify the marriage of a 12 year old. Another problem is that marriages that aren’t registered are harder for the children to get out of. To make matters worse, if the child is a Muslim girl, divorce can only be granted if the bride price is returned and if the parents won’t agree to that, then the girl is stuck in her marriage. 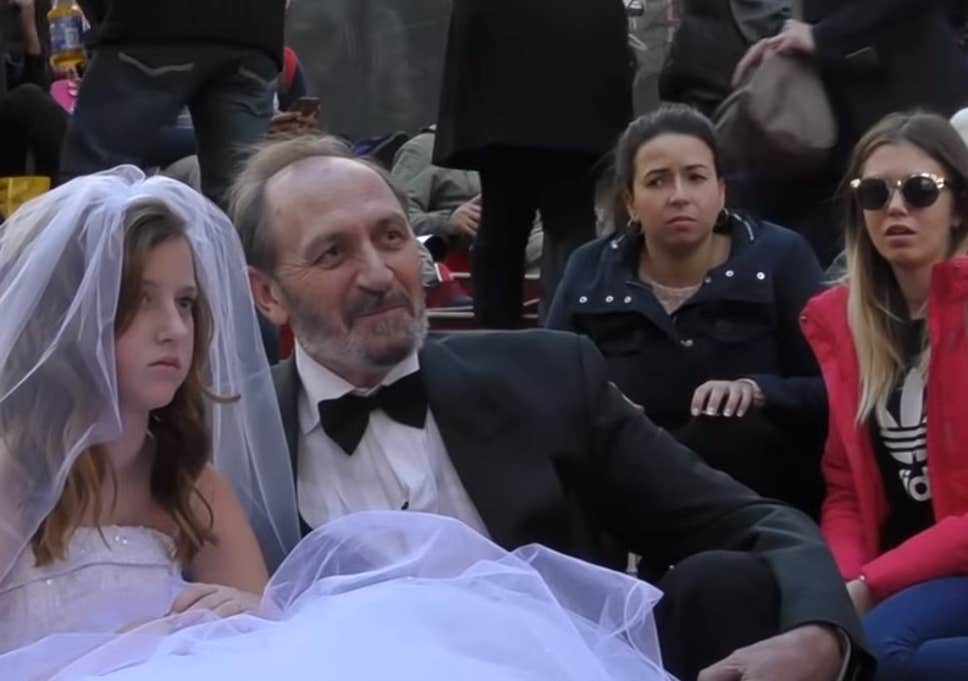 The land of the free and home of the brave is not free of children who are forced to brave the beast of child marriage. Child marriage in America spans a variety of backgrounds. Many states have laws that bar those under 18 from getting married, but this includes exceptions where parents can consent for sixteen and seventeen year olds and judges can allow even younger children to marry. The laws rarely allow for the ones being married off to give or reuse their consent. Sometimes the children are taken overseas to be married before their new spouse gets a U.S. visa.

Children as young as 12 have been married off in the past couple decades. In some instances the marriages aren’t legally recognized, but the children are still treated as if it were. There have been steps taken to curtail child marriage, but not all have succeeded. New York recently passed a law that allows seventeen year olds to marry only if they get both the consent of their parents and a court and altogether bans the marriage of those under seventeen. The New Jersey governor refused to sign a bill into law in May that would ban all marriages under 18, saying that there should be exceptions.