There have been conflicts in the middle east for centuries, and the 19th century is no exception – in fact, some might say it has seen the worst conflicts of all. This is a list of the various attempts made in the 20th century to bring peace to the region. 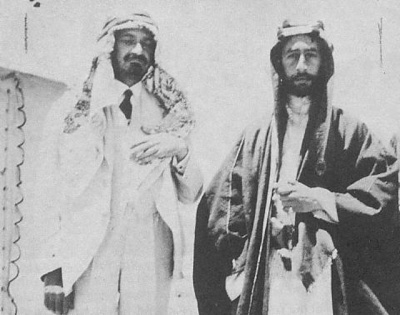 The Faisal-Weizmann Agreement was signed on January 3, 1919, by Emir Faisal (son of the King of Hejaz) and Chaim Weizmann (later President of the World Zionist Organization) as part of the Paris Peace Conference, settling disputes stemming from World War I. It was a short-lived agreement for Arab-Jewish cooperation on the development of a Jewish homeland in Palestine and an Arab nation in a large part of the Middle East. 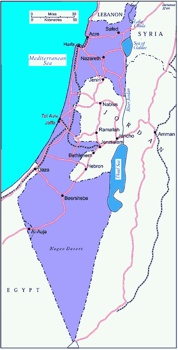 The Armistice Agreements are a set of agreements signed between Israel and its neighbors Egypt, Lebanon, Jordan, and Syria. The agreements ended the official hostilities of the 1948 Arab-Israeli War, and established armistice lines between Israel and the West Bank, also known as the Green Line, until the 1967 Six-Day War. 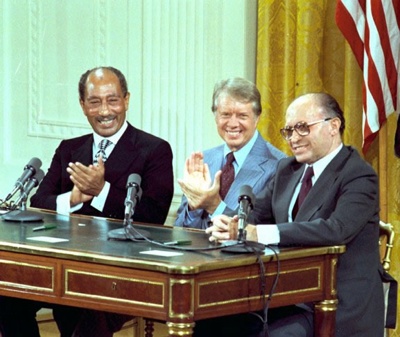 The Camp David Accords were signed by Egyptian President Anwar El Sadat and Israeli Prime Minister Menachem Begin on September 17, 1978, following twelve days of secret negotiations at Camp David. The two agreements were signed at the White House, and were witnessed by United States President Jimmy Carter. The Accords led directly to the 1979 Israel-Egypt Peace Treaty. 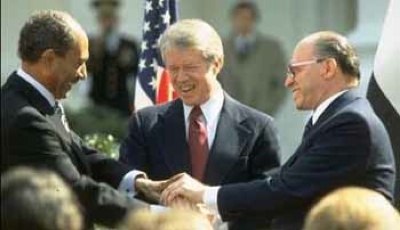 The Egyptian–Israeli Peace Treaty was signed in Washington, DC, United States, on March 26, 1979, following the Camp David Accords (1978). The main features of the treaty were the mutual recognition of each country by the other, the cessation of the state of war that had existed since the 1948 Arab-Israeli War, and the complete withdrawal by Israel of its armed forces and civilians from the rest of the Sinai Peninsula which Israel had captured during the 1967 Six-Day War. The agreement also provided for the free passage of Israeli ships through the Suez Canal and recognition of the Strait of Tiran and the Gulf of Aqaba as international waterways. 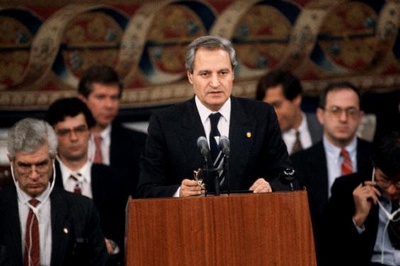 The Madrid Conference was hosted by the government of Spain and co-sponsored by the USA and the USSR. It convened on October 30, 1991 and lasted for three days. It was an early attempt by the international community to start a peace process through negotiations involving Israel and the Arab countries including Syria, Lebanon, Jordan and the Palestinians. In the aftermath of the 1991 Gulf War, US President George H.W. Bush and his Secretary of State James Baker formulated the framework of objectives, and together with the Soviet Union extended a letter of invitation, dated October 30, 1991 to Israel, Syria, Lebanon, Jordan, and the Palestinians. 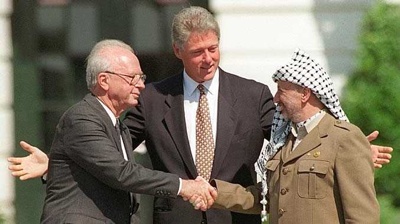 The Oslo Accords, officially called the Declaration of Principles on Interim Self-Government Arrangements or Declaration of Principles (DOP) was a milestone in the Israeli-Palestinian conflict. It was the first direct, face-to-face agreement between Israel and political representatives of Palestinians. It was the first time that some Palestinian factions publicly acknowledged Israel’s right to exist. It was intended to be a framework for the future relations between Israel and the anticipated State of Palestine, when all outstanding final status issues between the two states would be addressed and resolved in one Package Agreement. 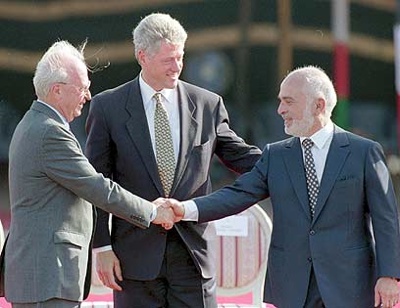 The Israel-Jordan Treaty of Peace (full name: Treaty of Peace Between the State of Israel and the Hashemite Kingdom of Jordan), is a peace treaty signed in 1994. The treaty normalized relations between the two countries and resolved territorial disputes between them. The conflict between them had cost roughly 18.3 billion dollars. Its signing is also closely linked with the efforts to create peace between Israel and the Palestine Liberation Organization representing the Palestinian Authority. It was signed at the southern border crossing of Arabah on October 26, 1994, and made Jordan only the second Arab country (after Egypt) to normalize relations with Israel. 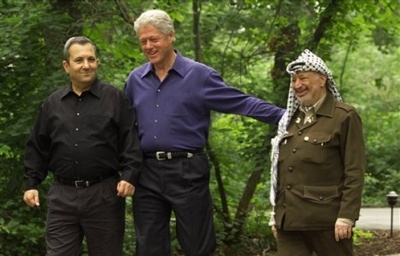 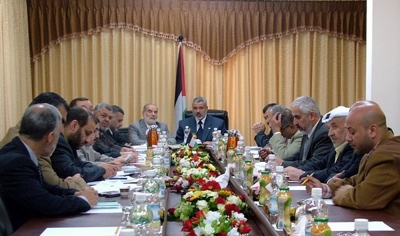 The Beirut summit took place in March 2002, and held to present plans to defuse the Israeli-Palestinian conflict. Jordan’s foreign minister said, “The Arab initiative put forth at the Beirut Summit in March offers comprehensive peace in the region based on the internationally recognized formulation of ‘land for peace’ — a return to 4 June 1967, borders in exchange for normal relations and a collective peace treaty.” 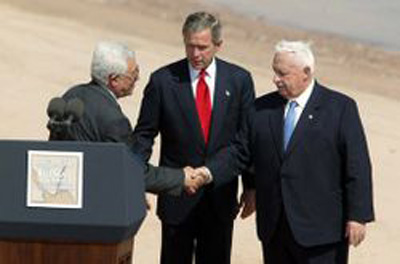 The “road map” for peace is a plan to resolve the Israeli-Palestinian conflict proposed by a “quartet” of international entities: the United States, the European Union, Russia, and the United Nations. The principles of the plan were first outlined by U.S. President George W. Bush in a speech on June 24, 2002, in which he called for an independent Palestinian state living side by side with Israel in peace: “The Roadmap represents a starting point toward achieving the vision of two states, a secure State of Israel and a viable, peaceful, democratic Palestine. It is the framework for progress towards lasting peace and security in the Middle East…”