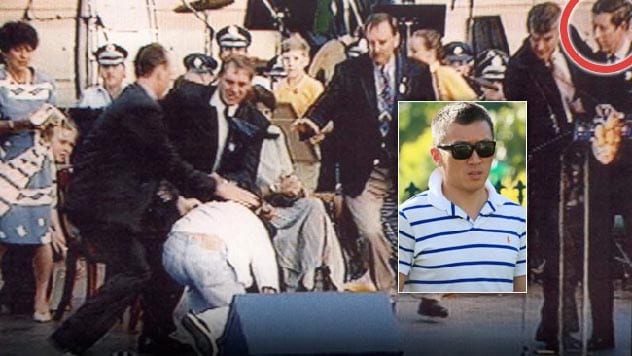 In 1994, Prince Charles was in Australia for Australia Day celebrations when David Kang, a former University Student frustrated with the status of Cambodian Asylum seekers in Australia, jumped up onto the stage where the Prince was and fired 2 shots from a starter pistol at the Prince. The Prince was quickly pulled out of harm’s way by his security team who then apprehended Kang. The subsequent investigation revealed that Kang had sent over 500 letters in regards to Cambodian Asylum seekers to various news organizations and public officials. Of these letters, the only response he received came from Prince Charles, who had his secretary mail a response. Although unconfirmed, many believe that it was this response that led Kang to fixate on the Prince and use him as a martyr for his cause. In a weird twist, Kang ultimately went on to become a barrister in Sydney. 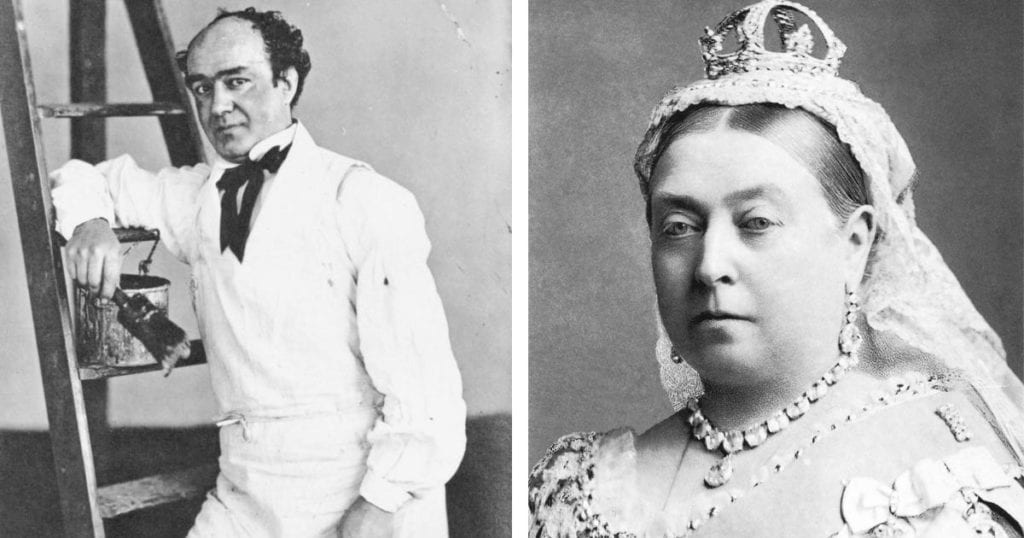 Likely Britain’s most famous monarch, Queen Victoria ruled England and the British Empire throughout the Industrial Revolution, which saw massive technological growth and innovation, based particularly in Britain which allowed the British Empire to expand and eventually control a quarter of the world’s landmass. She is also known for having numerous failed assassination attempts levied against her. Most notably, in 1840, shortly after her wedding, the pregnant Queen and her husband were riding in a carriage when Edward Oxford fired a shot from a dueling pistol at the Queen. At first the Queen believed that the shot had come from nearby hunters, however shortly before Oxford was able to fire a second time the Queen was able to duck for cover, and the shot missed. Oxford was then tackled by the crowd and the Queen continued her carriage ride as if nothing had happened. 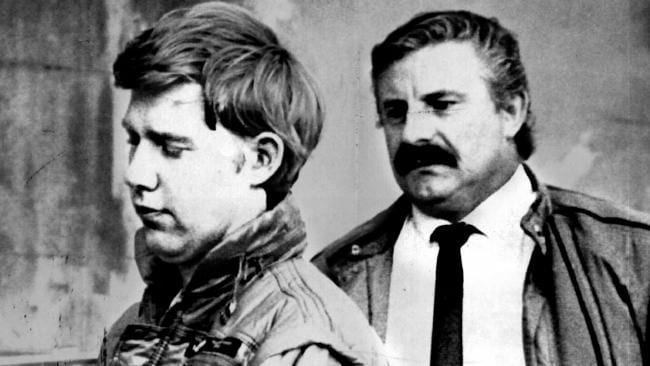 Britain’s current and longest serving Monarch has been Queen throughout many changes in British society, from decolonization, to the rise of the IRA and the Brexit vote and ensuing political turmoil. With such a long reign there have been many threats against the Queens life, from organizations and individuals alike. One such instance was on October 14 1981 when the Queen was on a royal visit to New Zealand. During this visit, 17 year old Christopher John Lewis, using a .22 rifle, shot at the Queen from the fifth floor of an office building. Lewis missed the Queen, who did not even know she had been shot at, with authorities telling her it was only a firecracker that had gone off. Lewis, who had confessed to being involved in a terrorist organization, was only convicted of carrying a firearm in public and was sentenced to 3 years in prison. It is believed that New Zealand authorities covered up this incident to ensure the Royal Family would continue to visit, however in recent years a new investigation has been opened into the incident, which is currently ongoing. Best known for abdicating the throne in order to marry divorced American Actress Wallis Simpson, King Edward remains a controversial figure in Britain and the World, even to this day. However during his brief reign he was subjected to an assassination attempt by a man named George McMahon. On July 16 1936 King Edward had departed from Hyde Park in his carriage on a scheduled route through London, where McMahon was waiting with a revolver, planning to shoot the King. McMohan however, likely nervous about what he was planning to do, dropped the revolver, drawing attention to the crowd. Then in a moment of panic, McMohan picked up the revolver and threw it at the King, missing him completely, before being apprehended by the crowd. The initial investigation believed that McMahon was only trying to make a statement, and had no intention of actually killing the King, however after it was revealed that McMahon’s real name was Jerome Bannigan and that he was affiliated with the Nazi’s, leading the final conclusion to be that he was motivated by his Nazi ideology. Ironically, Edward himself has long been believed to have held Pro-German, Pro-Nazi views to the point where he visited Hitler and was a staunch advocate for peace with Germany. So if the King had been assassinated, Germany would’ve lost a key ideological ally who used his influence to seek peace with the Nazi’s. Responsible for Protestantism being reintroduced into England, King James the First made many enemies throughout his reign. Most notable the Catholic Church. So much so that Catholic rebels in U.K decided to assassinate the King in a very dramatic fashion. Their plan was to hide gunpowder underneath the British House of Commons, and when the King was in Parliment to blow up the building, killing everyone inside. This plan would have worked if Guy Fawkes, who was the one in charge of planting the gunpowder, hadn’t been caught in the basement of the House of Parliament. Prince George is the youngest in direct line for the throne, but that doesn’t make him immune from threats. Beginning in 2016, ISIS sympathiser Husnain Rashid began posting instruction in the app Telegraph to other ISIS supporters on how to best target the young Prince. In addition to those instructions, there were also posts containing things such as the Prince’s school featuring ISIS fighters, and taunts such as the line, “Even the royal family will not be left alone.” These photos coupled with the direct threat against the royal family led British intelligence to take swift action and arrest Rashid before he could act on any of his plans. In court, Rashid confessed to his terrorist activities, but was unrepentant in his actions.

Britain’s longest reigning King is known for leading England during some of its most notable conflicts including the American Revolution and the Napoleonic Wars. However he is also known as the Mad King due to his temper and volatile nature. With all of these conflicts during his reign, George agitated many people. One was a man named James Hadfield who opened fire while the national anthem was being played at the Theatre Royal in May of 1800. He missed the King and while he was being arrested he said to the King, “God bless your royal highness; I like you very well; you are a good fellow.” It was initially believed that he only said this as a way to set up a defense, however after being analyzed by 3 psychiatrists he was judged to be criminally insane and was sentenced to indefinite hospitalization, and died in a mental hospital in 1844. On April 4 1900, Edward Prince of Wales, the future King Edward VII was at a Belgian Railway Station when he was shot by anarchist Jean-Baptiste Sipido, over Sipido’s belief that Edward was responsible for the Boer War and the atrocities that the British had committed against the Boers. Despite being shot in the face, Edward survived and was not permanently injured by the attack. Sipido was later acquitted at trial, despite overwhelming evidence of his guilt, mainly due to the fact that he was only 15 when he carried out the attack on the Prince. After the trial he moved to France where he got involved in many socialist activities, and did not have any further issues with the law. Prince Edward later became King Edward upon the death of his mother in 1901 and was king for 10 years until his death in 1911. Religion was the central conflict in England during the sixteenth century with Catholics and Protestants vying for power via control of the throne. One significant instance of this was the Babington Plot, named for lead conspirator Anthony Babington who was a devout Catholic, which was meant to kill Queen Elizabeth the First, a Protestant, and replace her with Mary Queen of Scots, a Catholic. Over the course of several years, Babington and his conspirators used various coded messages to plan their moves, transported in things like barrels. These barrels were intercepted by the Queen’s spies, allowing them to capture, and eventually execute the conspirators, including Babington and Mary Queen of Scots. This eventually led to Protestantism being cemented as the official religion in England, a tradition that continues to this day. Although several of the targeted individuals in this entry have previously been mentioned, they have not been targeted altogether. Recently, the Royal Family had been targeted by ISIS militants wishing to assassinate the Queen, as well as other members of the Royal Family on VJ Day 2015, using pressure cooker bombs. The threat was considered credible enough that the British Forces authorised a drone strike directed at British Citizen Reyaad Khan in ISIS controlled Syria, killing him and 2 other ISIS fighters before they had the opportunity to create what could have been the largest and most damaging terrorist attack in modern British history.

For more lists like this, check out Top 10 Nazi Links To The British Royals, and Top 10 Ways The Queen’s Death Will Be Bizarre