With softball and baseball having their last showing at this year’s Olympics, it seems apt to look back at some of the events that have graced past Olympic Games. As you will see, some of them are extremely bizarre and one wonders how they ended up at the Olympics in the first place. 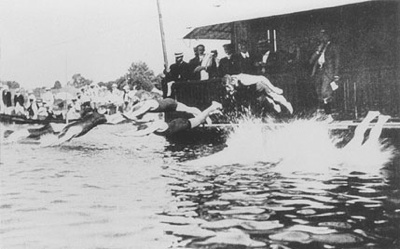 A highly unusual, yet undeniably fun race, swam over 200 meters. Competitors first had to swim to a pole, climb up and down the pole, then swim a bit, clamber over 2 boats, swim under two more boats, and then swim to the finish. This was held only once, during the 1900 Olympics, and was won by Frederick Lane of Australia. 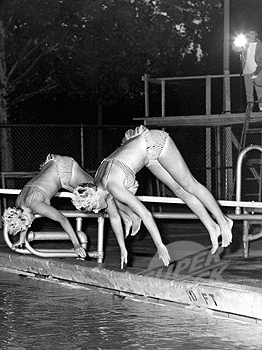 A silly event that almost certainly attracted equally silly people. This was contested only once, in 1904. Competitors would dive into the pool and remain motionless for 60 seconds or until their head bobbed out of the water, after which their distance was measured. The winner was American, William Dickey, who must be very proud. It is interesting to note that all entrants were Americans. No photos are available of this event so I have used a photo of ladies diving in to a pool. 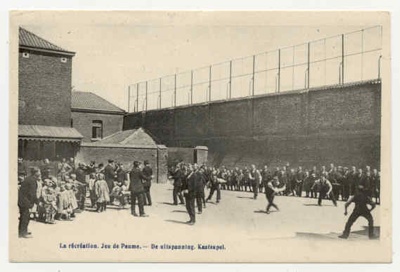 That’s ‘game of palm’ to us non-Francophones. This game was a precursor to real tennis, and was essentially tennis with your hands or a small paddle in lieu of rackets. Still played rarely today, this sport started as an exhibition sport in 1900, became part of the Olympic program in 1908, and was brought back as an exhibition in 1924. 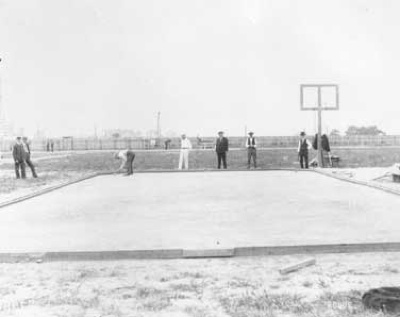 An American variation on the French sport of croquet, this was played during the 1904 St. Louis Olympics. Understandably, as the sport was virtually unknown outside of the US, all of the competitors were American. The sport was dropped after this Games and is widely believed to have been included for the sole purpose of boosting the USA’s medal count. 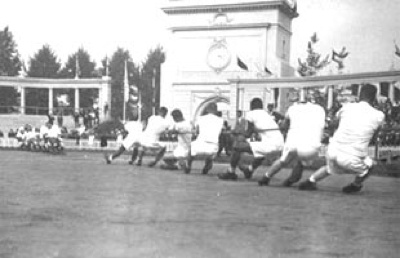 The tug of war actually has a real shot at coming back into the modern Olympic program, considering that it was contested in the Ancient Olympics. It was an Olympic sport during the 1900, 1904, 1908, 1912 and 1920 Games, during which time the British won the most medals, including the 1908 Games where the Gold medal was won by the London police force. 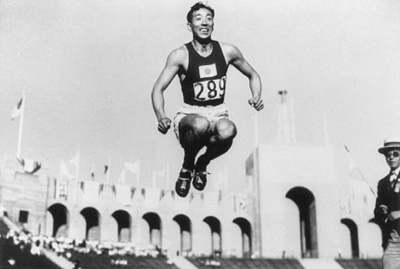 It may seem odd to take arguably the most kinetic field event and limit it to a pedestrian pace, but back in the early games, all jumping events (long, triple, high) were also contested from a standing position. The event was in the Olympics between 1900 and 1912. 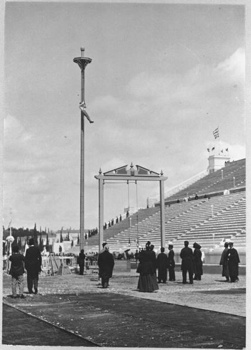 Another sport with the chance of returning, the rope climb was actually part of the gymnastics program, and was contested sporadically between 1896 and 1932. At the 1904 Games, the event was won sensationally by American George Eyser, who competed with one wooden leg. Eyser went onto win five more gymnastics medals, including two more golds. 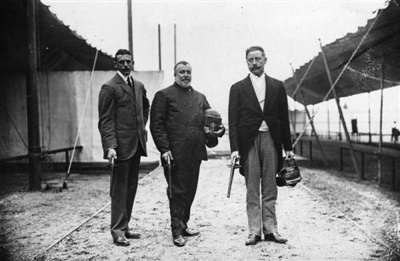 An aristocratic sport for men of bravery and honor, right? Well not when your opponent is a mannequin, as was during the 1906 ‘intercalated’ Games. Competitors took turns shooting at a mannequin dressed in fancy clothes from 20 and 30 meters. It returned to make a brief appearance at the 1912 games, before being banished forever (hopefully). 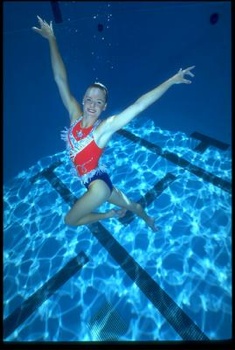 Synchronized swimming already has a somewhat risible reputation at the Games, and its hard to understand the motive for introducing it into the Games, especially when it was preceded by solo synchronized swimming, which was contested during the 1984, 1988 and 1992 Games. A single woman would get into the pool and try to synchronize with the music being played. Yes, it really is as bad as it sounds. 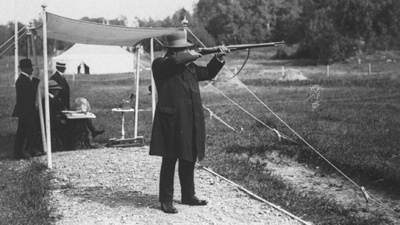 Contested during the 1900 Games, this was the only time when animals were killed for sport during a modern Olympics. Over 300 pigeons were killed during the Games, many of them from the gun of Belgian Leon de Lunden who took Gold with 21 kills. Understandably, the sport was dropped from the program after the 1900 Games and eventually replaced with clay pigeon shooting.