You only have to look at the schedule for the Olympic Games to see the diverse range of sports enjoyed by athletes and spectators around the world. Many sports have been around for hundreds or even thousands of years, and a match can draw hundreds of thousands of spectators. Others may be more obscure yet require significant skill from participants.

There are, however, a number of sports that were once hugely popular but which have since faded in prominence. Most of these games posed serious danger to the participants, spectators, and sometimes the animals involved. You’ve probably heard of a number of these sports, but you certainly don’t see them being played to the same extent as football or basketball these days. 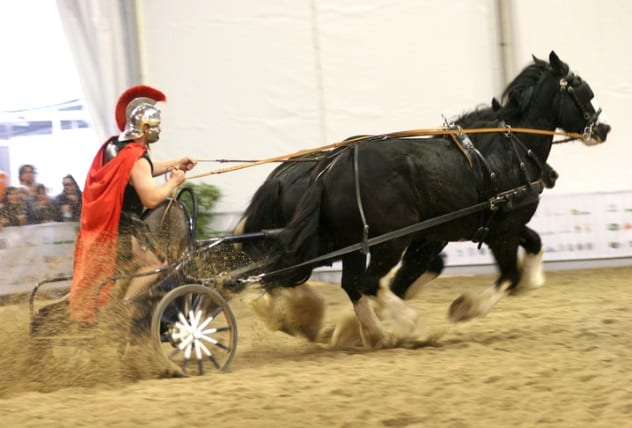 The sport of chariot racing was so popular in ancient Greece and Rome that the streets would be deserted when a race was on. The earliest written mention of chariot racing is in Homer’s Illiad. The races were the primary event of the earliest Olympic games, as well as many Greek and Roman festivals.

Racers were pulled by up to four horses around a 8.4-kilometer (5.2 mi) course in rickety carriages. In ancient Rome, chariots would be divided into teams or colors, with up to three chariots per team. Like modern sports, fans would back their chosen teams, donning the team colors in support.

There appear to have been few rules involved in the sport, with drivers whipping not only their horses but also opponents. The speeding chariots were prone to collision, with drivers often killed or seriously injured in the wreckage or tangled in the horses’ reins. The carnage added to the entertainment for the spectators.

The dangerous sport was one way for slaves or the impoverished to improve their status in life, earning significant sums of money if they became successful charioteers. The Circus Maximus was the largest purpose-built chariot racing venue, with a capacity of over 150,000 spectators, and is still one of the largest sporting arenas ever built. Chariot racing eventually faded into extinction after the fall of the Roman Empire. 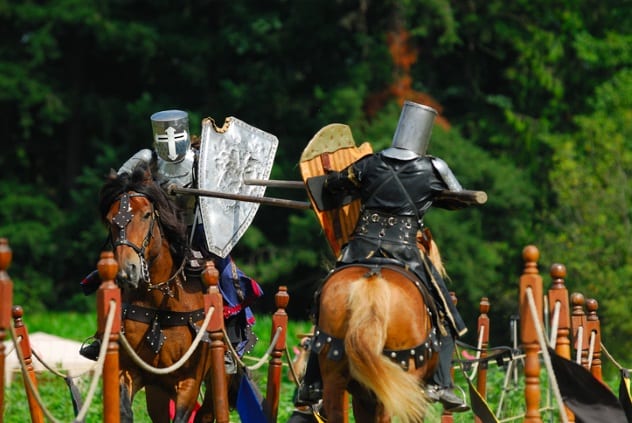 Most of us are familiar with the medieval sport of jousting and tales of knights winning a fair lady’s favor on the field. Early tournaments took the form of melees, where groups of jousters engaged in mock battles, as a training exercise for real combat. Individual jousts, or tilts, became more popular during the 15th century.[2]

Two armor-clad horseman would face each other at the ends of a field, charging at one another with lances leveled. As they sped past each other, each opponent would attempt to either knock his rival from his horse or break his shield. The charges would continue up and down the field until one opponent claimed victory. An alternative “tilt” would see horseman speeding toward a metal ring, through which they had to spear their lance.

Jousting was discontinued in favor of less violent equestrian sports during the 17th century. Theatrical jousting reenactments can still be seen in some medieval society events today. 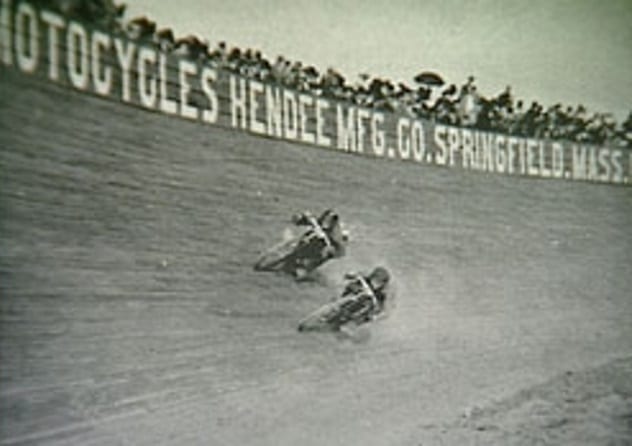 Board track racing was a popular US motorsport during the earlier parts of the 20th century. Motorcycle racers sped around circular wooden tracks, which were banked similar to modern-day velodromes. These “motordromes” were eventually modified to accommodate early automobile racing. They were inexpensive to construct but costly to maintain, with an average track lasting just three years. The first board tracks appeared in Los Angeles in around 1909, and crowds were soon flocking to watch the new racing spectacle around the US.[3]

Board track racing was a highly dangerous sport, with motordromes eventually dubbed “murderdromes” in some newspapers. Racing bikes were built for maximum speed but had no brakes, resulting in frequent serious accidents in which not only riders but also spectators were injured or killed. The sport disappeared during the Great Depression in the 1930s. 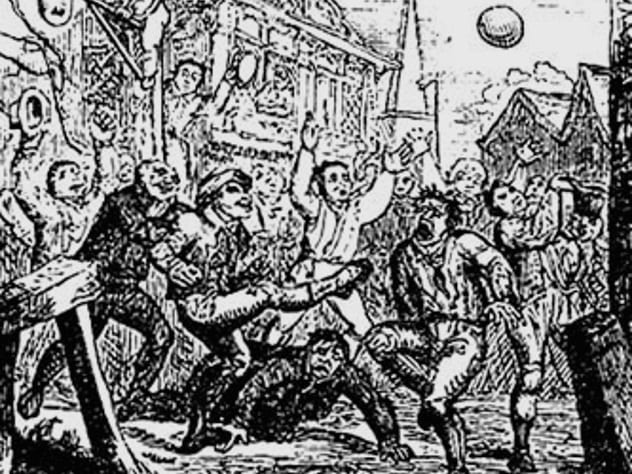 Not to be confused with the modern-day pastime of pitching a tent in the great outdoors, camping, or campyon, was a medieval ball game which forms the basis for modern football games.

One of the earliest references to camping dates back to the 14th century.[4] Matches were held between competing parishes, usually after church on Sunday, with the object being to carry the ball to the opposite side of town.

Teams of ten to 15 players would face each other while a ball was thrown into the air. A player would catch the ball, running through opponents and shielded by his team to carry the ball to his goal. Just like modern-day football, the odd scuffle between opposing teams and supporters was not uncommon. 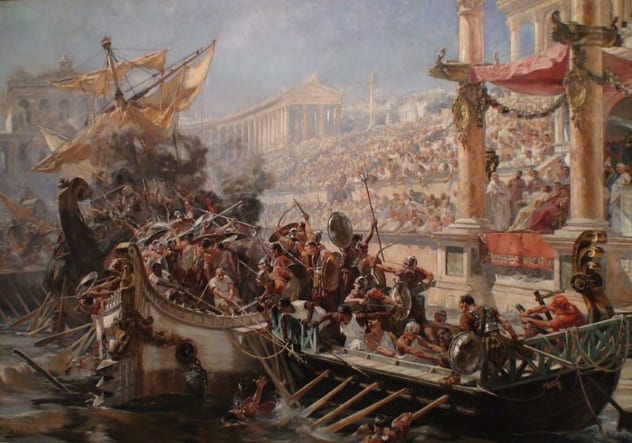 Roman sports enthusiasts would flock to watch a good bout of naumachia. Purpose-built ships were placed in a water-filled arena and manned with crewmen who would simulate a sea battle. The “willing participants” were often prisoners or slaves who had little option but to fight. The ships were often manned by convicts who battled to the death in a flooded amphitheater for the entertainment of onlookers.

The first naumachia was held in 46 BC to celebrate Julius Caesar’s victory over Pompey.[5] Over 6,000 people were forced to fight in the mock naval battle to reinforce Caesar’s naval prowess. Not only the unwilling combatants were killed in the spectacle, but onlookers from all over Italy were said to have been crushed in the crowds.

Naumachiae were costly in both human and financial terms to perform, and the practice disappeared after the Flavian period during the first century AD. 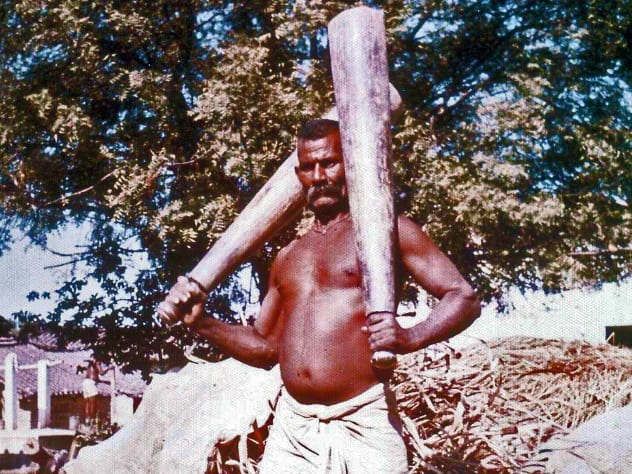 Club swinging originated in India as a means of developing strength and mobility in soldiers. The British Army incorporated club swinging into their physical exercise routines, and colonists brought the ancient Indian exercise clubs home. Club swinging became popular with men and ladies alike during the Victorian era. Gymnasiums were established specifically for the sport.

Club swinging appeared as a gymnastic sport at the Summer Olympics in 1904 and 1932, both of which were held in the United States. Competitors held a bowling pin shaped-club in each hand, swinging them around in a complicated routine of maneuvers in a strange mix of juggling and rhythm gymnastics. The sport maintained popularity in the US until the 1950s. The last American Championship was held in 1953.[6] 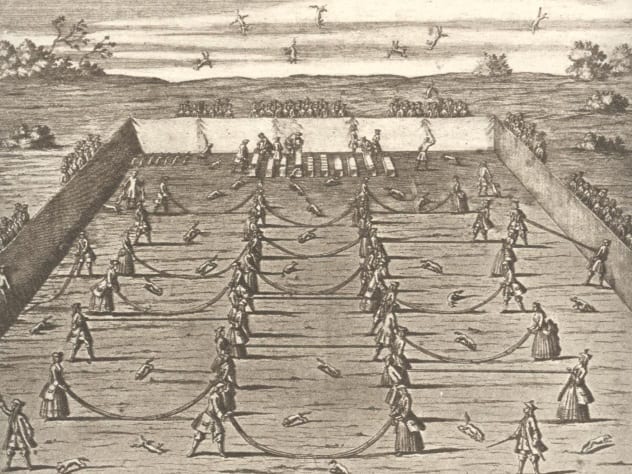 It’s not hard to see why the cruel blood sport of fox tossing has disappeared into the history books. Fox tossing was a popular sport among European nobility during the 17th and 18th centuries.

Caged foxes (or other animals) would be released into an arena, running across slings laid across the ground. Two teammates would be waiting on either end of the sling, quickly capturing the wild animals and flinging them high into the air. The team with the highest throw would be declared the winner.

Despite the frequent injuries from obviously terrified wild animals attempting to escape, the sport was considered gentle enough for ladies to participate in. Any foxes that were not killed during the tossing process would be bludgeoned to death at the end of the tournament.[7] 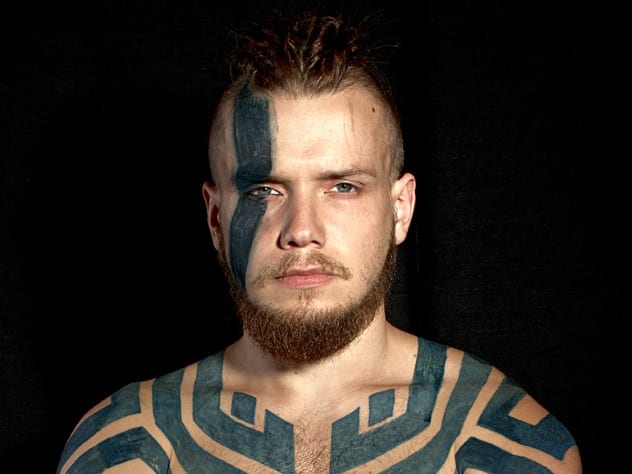 Knattleikr was an ancient Nordic sport enjoyed by the Vikings, thought to be similar to modern-day lacrosse. Players used sticks and their hands to hit a hard wooden ball toward a goal. Physical body contact was highly encouraged and was part of the overall objective of the game.

Members of rival teams would be matched up in pairs who had to stick with each other for the entire game and could not interfere with anyone other than their designated opponent. Aside from chasing your opponent, it was acceptable to hit your rival with the stick and wrestle him to the ground. It was not unheard-of for players to be killed during knattleikr matches.[8]

The game was similar to a battle in which opposing pairs would fight each other for the overall good of the team. The aim of passing the ball through a goal seemed to have been a secondary consideration. Games could last all day on an ice-covered field. 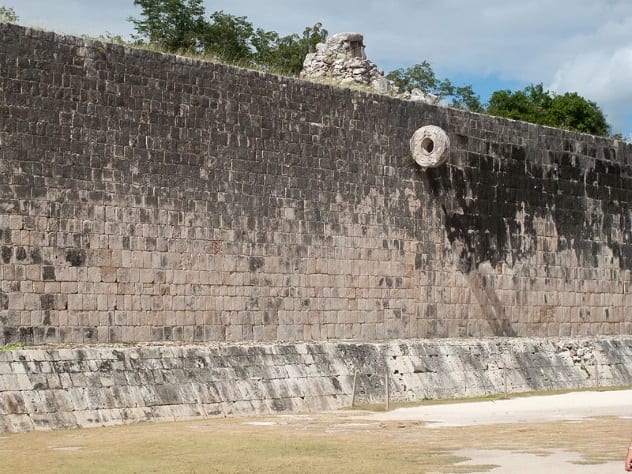 An ancient sport played in Mesoamerica involved players on a long, narrow court (averaging 60 meters [200 ft] in length) using their hips to prevent a ball from falling to the ground. (Some iterations of the game allowed the use of other body parts.) The game had mythical and spiritual significance to the Maya, with large stone courts often a focal point in cities’ sacred centers.

Players aimed to pass the ball through one of three large stone rings set on either side of the court without using their hands. The Great Ball Court at Chichen Itza has rings set at 8 meters (26 ft) high (pictured above). Passing a ball through these rings would have been no small feat. Balls were between 10 and 30 centimeters (4–12 in) in diameter and weighed 0.5 to 3.5 kilograms (1.1–7.7 lb). A larger ball could be lethal if a player was struck by it at high speed.

Archaeological evidence shows various victory trophies, including representations of human heads with a handle on one side (which may have been real heads in earlier versions), stone yokes, and hand-carved stones. The game could have life-and-death significance, with losing teams sometimes sacrificed to the gods.[9] 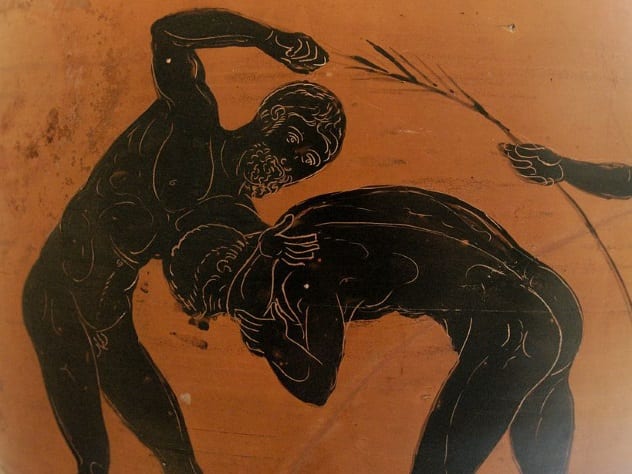 Pankration was one of the most popular sports of the early Olympics and was first introduced into the Olympic Games in 648 BC. Ancient Greeks considered the sport a demonstration of strength and technique. Pankration was a somewhat bizarre combination of boxing and wrestling. The only rules were no biting and no gouging the eyes, nose, or mouth.[10]

Initially, combatants fought nude and oiled. Later, thong wrappings were placed on the hands and forearms. In upright pankration, the loser was the first combatant to touch the ground three times. In ground pankration, the fight continued until death or until one opponent conceded defeat.

Lesley Connor is a retired Australian newspaper editor who provides stories for online publications and her travel blog.