In December last year, we wrote a list of Top 10 Incredible Food Facts which was very popular. So we are now presenting you with a second list of even more fascinating food facts. If you want to add some interesting facts of your own to the comments, please feel free. 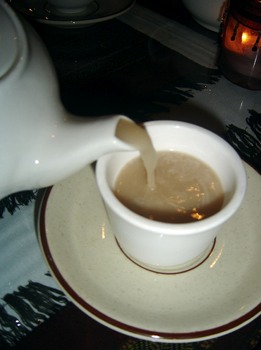 Fascinating Fact: In Tibet, a common drink is butter tea – it is made from yak butter, salt, and tea.

The average Tibetan can drink 50 – 60 cups of this tea in any one day! It is made by drying Chinese tea in the road for several days (to let it acquire a strong flavor). The tea is then boiled for up to half a day and churned in bamboo churns to which salt, a pinch of soda, and rancid butter have been added. When drinking the tea, you can blow the scum (from the butter) away from the edge of the cup and sip. Some Tibetans add “tsu” and flour to their tea (in much the same way as we add milk and sugar). Tsu is a mixture of hardened cheese, butter, and sugar. When you sip the tea, your host will refill your cup as it should always remain full. We now move on from one drink to another: 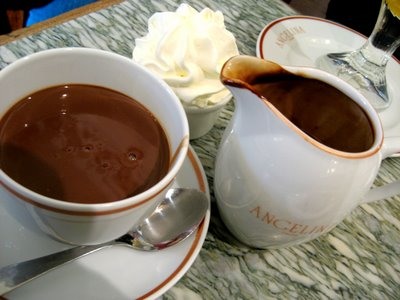 Fascinating Fact: The ancient Mayans made truly hot chocolate – they added chilies and corn to it!

The first records of chocolate being used for drinking come from residue found in ancient Mayan pots – it dates back to the 5th century AD. The drink was made by pounding chocolate beans in to a paste which was then mixed with water, chili peppers, cornmeal, and assorted spices. The drink was then poured back and forth between a cup and a pot, which gave it a foamy head. This was drunk cold, and people of all classes drank it regularly. The drink tasted spicy and bitter, unlike today’s hot chocolate. When Chocolate finally reached the west, it was very expensive, costing between $50 – $70 per pound in equivalent modern US dollars. If you ever get to Paris, be sure to visit Angelina for the best hot chocolate in the world – try the Chocolat l’Africain (pictured above – recipe below).

Combine 3/4 cup whole milk, 1/4 cup heavy cream and 1 teaspoon confectioners’ sugar and heat over med-high till bubbles appear around edges. Remove from heat and add 4 oz of the best bittersweet chocolate (72%) you can find (chopped). Stir till melted (you may need to return it to low heat). Serve with whipped cream. 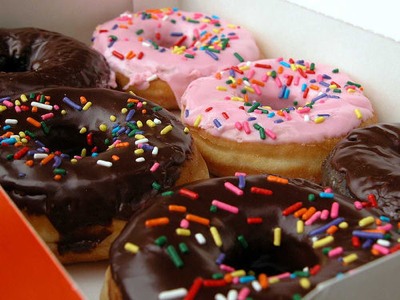 Fascinating Fact: No one really knows when donuts were invented or who invented them.

Donuts (doughnuts in UK English), were originally made as a long twist of dough – not in the ring form that is most common these days. It was also common in England for donuts to be made in a ball shape and injected with Jam after they were cooked – this is still very common. Both methods of cooking involve no human intervention as the ball and twist will turn itself over when the underside is cooked. The ring donut common to America just seemed to appear – but one Hansen Gregory, an American, claimed to have invented it in 1847 when he was traveling on a steam boat; he was not satisfied with the texture of the center of the donut so he pressed a hole in the center with the ship’s pepper box. 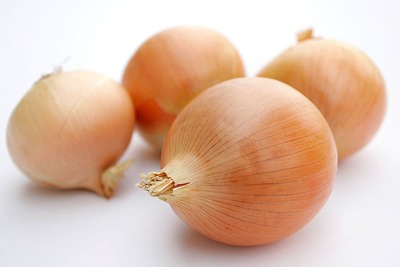 Fascinating Fact: Apples, potatoes, and onions all taste the same when eaten with your nose plugged.

As a child we had a science class in which we were blindfolded, had our noses plugged, and given an apple or onion to eat – we were not told which of the two we would be given. Not one person was able to state which was which. This shows the incredibly important part that the nose plays in the sense of taste. The fact that the three items have a similar consistency makes it virtually impossible to tell them apart without the sense of smell. If you try this, I should warn you: once you unblock your nose, you can tell what you have just eaten. 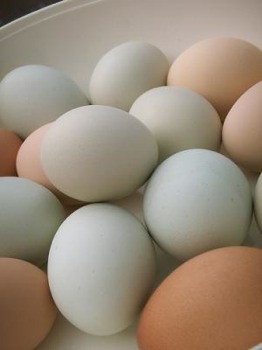 Fascinating Fact: When an egg floats in water, it is “off” and should not be eaten.

As eggs age, gases build up inside the shell making it more buoyant. This is the best way to test whether an egg has gone rotten without having to break open the shell, risking the foul odor escaping. When an egg is extremely fresh it will lie on its side at the bottom of a glass of water. As it ages, the egg will begin to point upwards, and will finally float completely when it has gone bad. Fresh eggs have a very firm white, whilst old eggs have a very watery white. This is why it is best to use the freshest eggs possible for poaching and frying. Older eggs are perfectly good for omelets or scrambling. 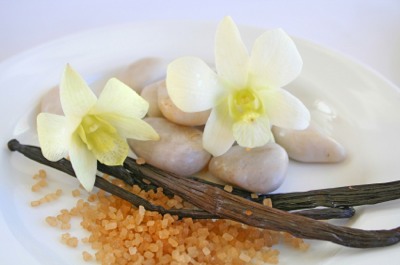 Fascinating Fact: The consumption of natural vanilla causes the body to release catecholamines (including adrenalin) – for this reason it is considered to be mildly addictive.

When vanilla plants were first exported from Mexico to other tropical climes, they flowered but wouldn’t produce vanilla pods. It was discovered that a bee native to Mexico was the only creature that could pollinate vanilla flowers (vanilla comes from a special species of orchid). Attempts to move the bee to other countries failed and it was not until a slave boy discovered a method of artificial pollination that Mexico lost its monopoly on vanilla. As well as being mildly addictive, vanilla has also been found to block bacterial infections. 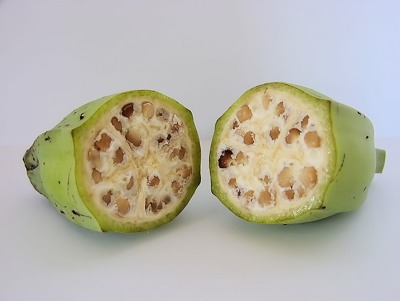 Fascinating Fact: Banana trees are not actually trees – they are giant herbs.

The large stem that is mistaken for a trunk on a banana tree is actually a “pseudostem” meaning “fake stem”. Each pseudostem provides a single bunch of yellow, green, or red bananas. This then dies and is replaced by another pseudostem. Smaller bunches of bananas (such as the ones we buy in shops) are actually called “hands” – not “bunches” which can weigh up to 50 kilograms. The bananas that we eat are specially cultivated to exclude seeds – therefore you can’t plant a banana tree from a commercially grown banana. Wild bananas have many large hard seeds (pictured above). 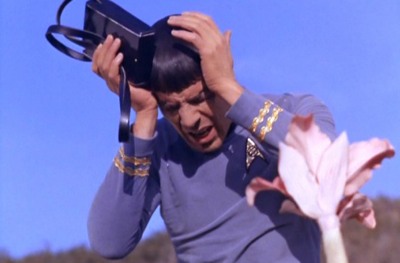 Fascinating Fact: The term “brain freeze” was invented by 7-11 to explain the pain one feels when drinking a slurpee too fast.

Believe it or not, there is a real scientific name for “brain freeze” – it is sphenopalatine ganglioneuralgia (try saying that 5 times fast!) When something very cold (usually ice cream) touches the top palate of the mouth, it causes the blood vessels to constrict. This makes the nerves send a signal to the brain to re-open them. The rapid re-opening of the vessels causes a build up of fluid in the tissues causing a slight swelling in the forehead and, therefore, causing pain. It normally takes 30 – 60 seconds for the fluid to drain, relieving the pain. 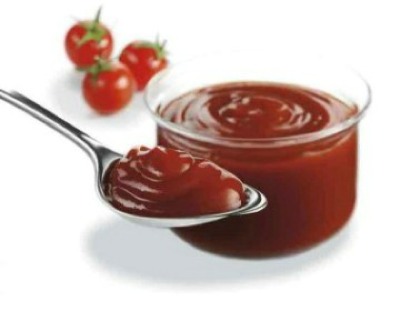 Fascinating Fact: Ketchup was originally a fish sauce originating in the orient.

Two words from the Fujian region of China were used to describe a fish brine / sauce and a tomato sauce – both words bear a striking resemblance in sound to the word “ketchup”; the words are: ke-tsap and kio-chiap. Early western ketchups were made with fish and spices, or mushrooms. In fact, mushroom ketchup is still available in the United Kingdom and it is prized by some modern chefs for its natural inclusion of monosodium glutamate – the only substance known to stimulate the 5th human taste sense umami (savoury). 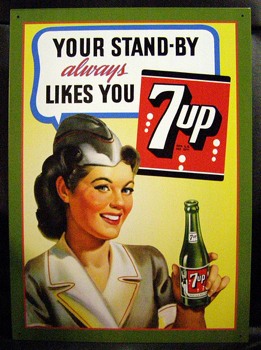 The drink was originally marketed as a hangover cure – due to the inclusion of lithium citrate. It was released just a few years before the Wall Street crash of the 1920s and it was marketed under the name “Bib-Label Lithiated Lemon-Lime Soda” – quite a mouthful! The name was changed to 7-Up shortly after its release but lithium remained one of the ingredients until 1950. Some popular myths surround the name of the drink – but the name is most likely due to the original recipe containing 7 ingredients (with the “up” portion relating to the lithium) or the fact that lithium has an atomic mass of 7.