They wrap around objects ranging from the tiniest magnets to the entire Earth. Despite our fascination with these magnetic fields, they still produce many mysteries and strange behaviors.

Recent discoveries uncovered fields where none were ever seen before, the spot where the planet’s poles might flip, and how to control brains and make wormholes. Magnetic fields also create and sometimes solve fascinating riddles in space. 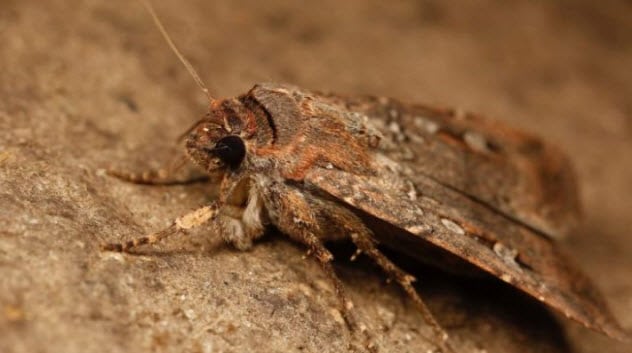 Australia’s animals take the prize for strangeness. The country can now add the world’s first magnetic moths to the menagerie. Bogong moths will not stick to a magnet, but they have been exposed as the first nocturnal insects to use Earth’s magnetic field during migration.

Before this discovery was made in 2018, researchers wondered how billions of moths swarmed 1,000 kilometers (620 mi) to specific caves in New South Wales and Victoria. When a few were tested inside special bins, it showed that bogongs needed to calibrate magnetic lines with a visual cue (like a landmark) to find their way. If one of these was removed, they became confused.

While this is a unique discovery, it still does not solve the mystery of how migrating birds and other animals tap into the magnetosphere. One interesting theory suggests that light triggers an ability at a quantum level. Birds likely navigate the field when their eyes pick up light, which then creates an electrical signal at a molecular level that can detect magnetism. However, bogong moths are active at night and may operate on an entirely unknown mechanism.[1] 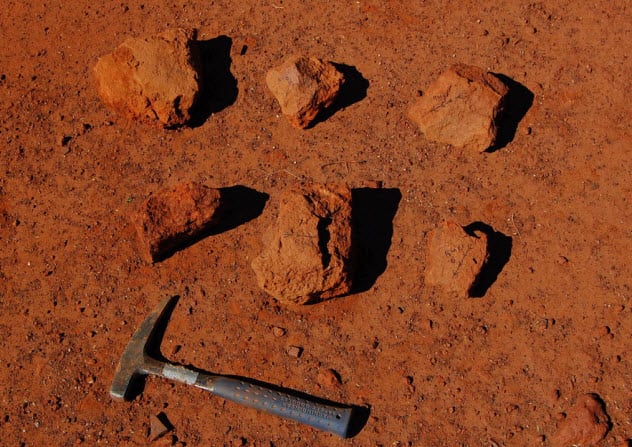 At the moment, Earth’s magnetic field is thinning and is particularly weak from South Africa to Chile, an area called the South Atlantic Anomaly. Researchers decided to investigate this region with the hope of explaining why the entire planet’s field was weakening in the first place.

In 2018, they found another anomaly, this time stretching from South Africa to Botswana. When Iron Age farmers burned their clay homes, the fire froze magnetic minerals in such a way that it showed what the field was up to. For 1,500 years, a local electromagnetic patch bulged and shrank, weakened, or shifted direction completely.

These shifts suggest that the South Atlantic Anomaly has happened before in preparation for a global field reversal. If so, then the unusual magnetic spot under southern Africa’s mantle could be the point where the world’s field flips are triggered.[2]

The current weakening can go either way—change the magnetic poles or strengthen again to prevent a flip. Buffing up is good because a weak field struggles to filter cancer-causing UV rays and power grids become more vulnerable to geomagnetic storms. 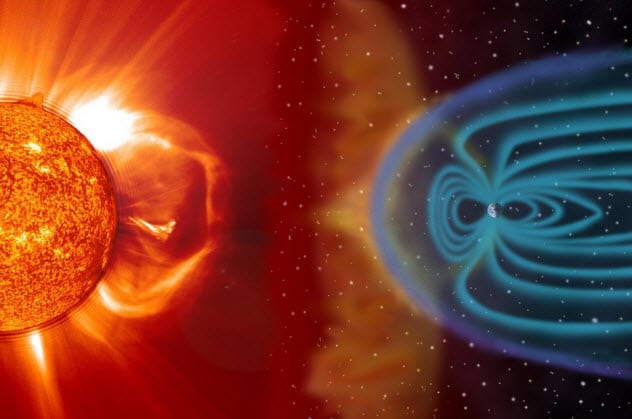 Earth hurtles through space at 108,000 kilometers per hour (67,000 mph). Much like the bow of a ship, the planet’s magnetic field cleaves open a path through solar wind. The latter is constantly being released by the Sun and is extremely hot.

For a long time, researchers felt that this “bow shock” was the reason solar wind was thinned enough to reach Earth as a mild breeze. Without this mysterious process, the planet would fry to a crisp. How this worked remained a puzzle.

But in 2018, the groundbreaking answer dawned. As it turns out, the magnetic field shreds solar electrons like it is being paid. When scientists analyzed satellite data gathered at the collision zone, they were amazed to see the magnetic field’s determination to rip the wind apart.

When it hit Earth’s bow shock at supersonic speed, electrons accelerated so fast that they disintegrated. As they popped, their destructive energy broke down into a kind of heat that was less dangerous.[3] 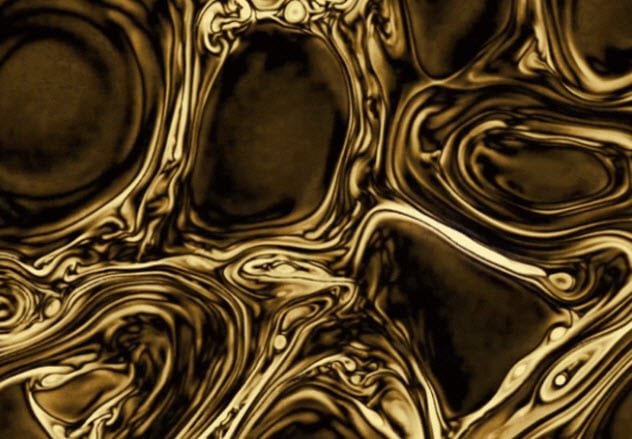 The battle between solar wind and the magnetosphere does not entirely leave Earth in the clear. The stress of deflecting the Sun’s particles eventually causes magnetic field lines to snap. When one tears, it releases the energy it absorbed from the solar wind and this spells trouble for power grids, satellites, and spacecraft.

During a 2018 study to find out more about this threat, researchers found an entirely new swath of magnetic activity—and it was surprising. It churned within a violent border that exists between the solar wind and Earth’s magnetic field.

This area, made chaotic by solar particles, has always been known as the magnetosheath. However, things moved too fast to determine if magnetic lines also snapped in the sheath. It took a novel group of satellites to confirm that the process, known as reconnection, also happened in the magnetosheath.[4]

However, when things snapped, particles moved 40 times faster than in the usual magnetic field. It is also the first time that the two major phenomena connected to charged solar particles—magnetic reconnection and turbulence—are found in the same location. 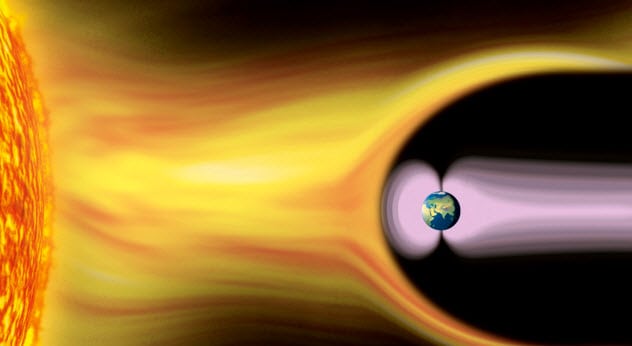 The planet’s magnetic field has been under observation for over four centuries. All this data confirmed a mystery that has never been fully solved. For some inexplicable reason, Earth’s field is drifting westward.

In 2018, research came up with a possible answer. But it was a strange one. Churning fluids—in the air, oceans, or the Earth’s core—create something called Rossby waves. The planet’s entire outer core is a rotating fluid and circulates these slow waves.

By nature, they are already considered odd, but core Rossby waves behave unlike any other. Oceanic and atmospheric Rossby waves crest toward the west, but those inside Earth move eastward. It is impossible to calculate the direction in which the bulk of the energy of these waves moves because the depth is so great.[5]

Scientists believe it possible that even though the waves crest east, more energy goes west and drags the magnetic field along. In the end, there is still no concrete explanation as to why the field travels westward about 17 kilometers (10.5 mi) per year. 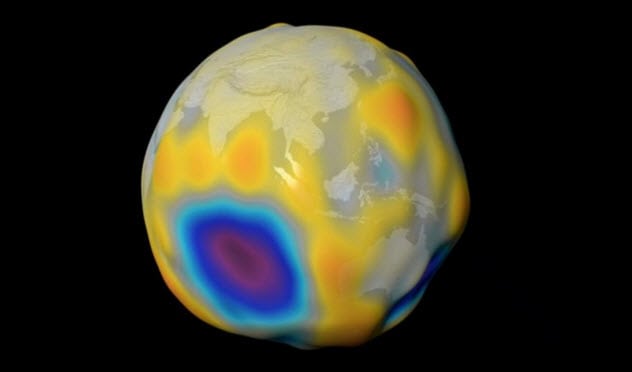 In a “why are we only seeing this now?” moment, researchers discovered that Earth is wrapped in two magnetic fields. Most people know the one that made the science books and is created by the planet’s molten core. The second was discovered by accident when the European Space Agency (ESA) launched three satellites to study Earth’s magnetism.

As the trio mapped signals over the oceans, the data revealed how the tides produced a second field. For four years, the ESA studied the phenomenon before releasing their surprising findings in 2018.

The reason it remained hidden for so long was the tidal field’s strength or lack thereof. Compared to the one reaching far out into space, the second field was puny—around 20,000 times weaker.[6]

But the value of this discovery is huge for scientists, who grapple with Earth’s magnetic mysteries. Every new detail is like a puzzle piece that might help to explain why the poles flip and how the two magnetic fields affect each other. We may also learn more about the electrical properties of the lithosphere and upper crust. 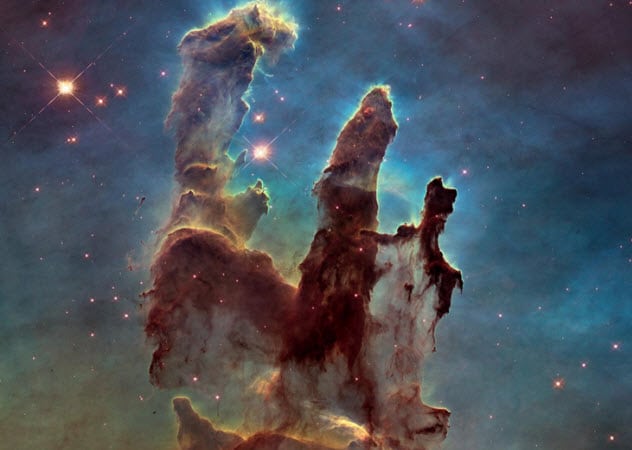 In 1995, the Hubble Space Telescope found the “Pillars of Creation,” which became so famous that they appeared on everything from coffee coasters to movies. The stunning, color-wrapped tendrils of gas resembled huge pillars, and newborn stars were inside them.

Located 7,000 light-years away in the Eagle Nebula, the three towers’ own creation story was not cracked until 2018. New observations detected polarized light shining from the pillars, which betrayed the presence of a magnetic field within each. When the direction of the fields was mapped, the birth of the famous trio was solved.

Magnetic forces slowed down gas and cosmic dust within the nebula, which formed the landmark tendrils. The structures remain stable because magnetic fields support them in a novel way—by flowing in the opposite direction to the magnetism of the surrounding space.[7]

Considering that the pillars churn out fresh stars, understanding how these structures are molded by magnetism can change how scientists understand star formation. 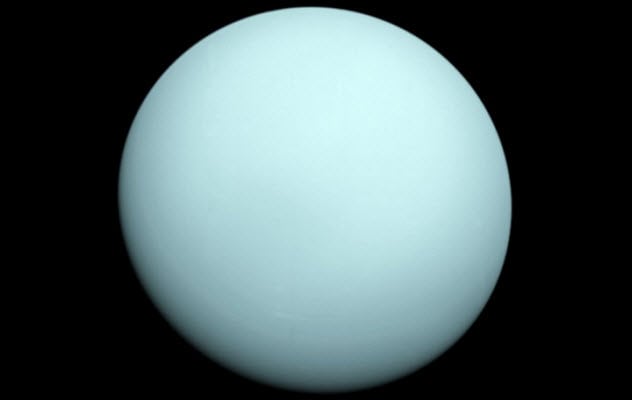 When it comes to its own magnetic field, the planet Uranus cannot keep things together. In 2017, scientists wanted to see the distant world’s magnetosphere and used simulations and data from the 1986 flyby of NASA’s Voyager 2 spacecraft. The study revealed a wacky process from an already weird planet.

Uranus leans so far to one side that it resembles a ship about to fall over. This throws the magnetic field off-center in an epic manner. As Uranus completes a day (every 17.24 hours), the rotation makes the magnetosphere tumble wildly. Some areas shred open, while others reconnect. This frantic attempt to rebalance leaves the field with strobe-like flickers.[8]

Previously, NASA’s Hubble Space Telescope confirmed that Uranus has auroras similar to Earth’s. The field’s opening and closing is likely responsible for the light show as any gaps allow solar particles inside. Once through the magnetosphere, which normally blocks them, the particles cause colorful streaks as they react with gases in the atmosphere. 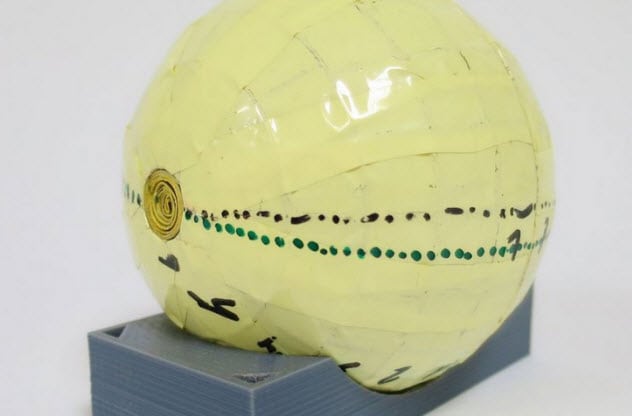 Physicists can do some strange things. But in 2015, they created something astounding—a wormhole for magnetic fields. Wormholes are famous in science fiction, but this is the first time that one became a reality.

This phenomenon connects two points in space or time. Theoretically, a traveler can move mind-boggling distances in the blink of an eye. The 2015 device is a metal sphere with several layers that will not be transporting star fleets any time soon, but it is a genuine wormhole.

Scientists placed a rolled-up magnetic tube inside the sphere before putting the whole thing inside another magnetic field. The cylinder disappeared for a moment and appeared to have left the visible world entirely before reappearing at the mouth of the wormhole.[9]

Interestingly, as it arrived again at the other side of the sphere, only one pole was visible. This was an illusion but no ordinary one—it showed a magnetic monopole, something that does not exist in nature. 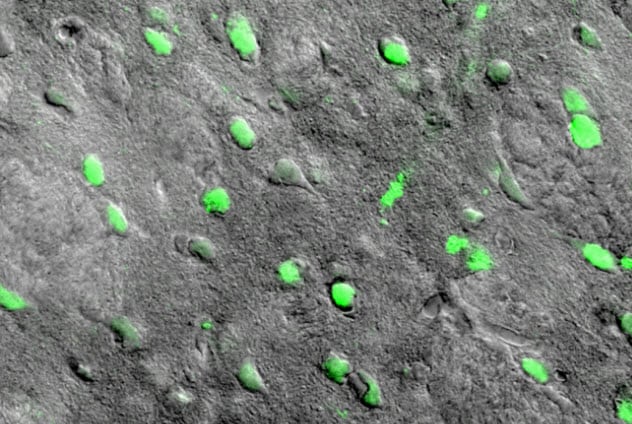 In the hands of researchers, one of the freakiest abilities of a magnetic field is brain control. In 2017, a new study released the news. By using magnetic fields, scientists remotely activated brain cells in mice.

They focused on the striatum, the part responsible for the body’s movements. Incredibly, they could make the rodents run, freeze, and spin. The idea is to one day identify the purpose of brain circuits, particularly those responsible for certain behaviors and emotions. In turn, that could locate the same behavioral regions in human brains and treat conditions like Parkinson’s disease.

Those fearing a government plot to take over people’s free will can breathe easy. Magnetic fields usually pass through biological tissue without any effect. For the tests to work, special mice with microscopic magnetic particles had to be engineered.[10]

The particles stick to brain cells. When heated by magnetic stimulation, they caused neurons to fire and the mouse to behave in a certain way.

Read more fascinating stories about our solar system on 10 Amazing Things We’ve Learned About The Solar System In 2016 and 10 Solar System Mysteries That Baffle Our Best Scientists.