On the morning of April 30, 1943, off the southwest coast of Spain, a local sardine fisherman made the gruesome discovery of a lifeless body floating in the water. The dead man, who appeared to be a soldier with a black briefcase chained to his waist, was quickly brought ashore and handed over to the authorities.

Later, documents found in the attache case revealed top secret plans about a large-scale Allied invasion of Greece and Sardinia. The information eventually landed on the desk of German leader Adolf Hitler, who reacted decisively. However, there was just one problem: The discovery was a fake.

Code-named Operation Mincemeat, which was part of a much larger disinformation campaign called Operation Barclay, the subterfuge was designed to mislead the Germans about the Allies’ intended attack on Sicily. The morbid ruse became one of the most bizarre chapters of World War II, highlighted by a message to British Prime Minister Winston Churchill stating, “Mincemeat swallowed. Rod, line and sinker.”

British Intelligence played a significant role leading up to the attack on what Winston Churchill referred to as the “soft underbelly of Europe.” The Mediterranean invasion (“Operation Husky”) became the largest amphibious operation in history to date, deploying 160,000 Allied troops—and one cadaver.

After recent victories in North Africa, Allied top brass shifted their focus to Germany’s stranglehold on Europe. The strategic location of Sicily was deemed the next logical stepping-stone—and the enemy knew it. But the use of a modern-day Trojan horse helped divert the enemy away from the island and allowed the Anglo-American force to launch a two-pronged attack.

Led by General George Patton’s Seventh Army in the west sector and General Bernard Montgomery’s Eighth Army in the east, the successful campaign advanced Allied objectives on the continent and affected the outcome of the war.[1] 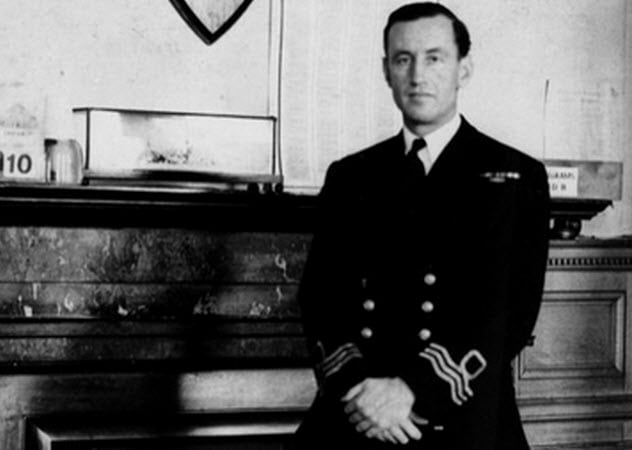 Prior to achieving acclaim as the author of the popular James Bond spy novels, Lieutenant Commander Ian Fleming worked in British Intelligence. As the assistant to Rear Admiral John Godfrey (the basis for Bond’s MI6 boss “M”), Fleming helped to pen a report known as the “Trout Memo” in which Fleming compared military deception to fly-fishing.

The multi-item list contained various schemes, including one entitled “A Suggestion (not a very nice one),” that he found in a book by fellow intelligence officer-turned-writer Basil Thomson. Fleming described using a corpse obtained from the morgue and dressed to resemble an officer en route to delivering sensitive documents. The phantom messenger could then be dropped near the coastline and eventually find its way into enemy hands.[2]

Fleming also contributed to other key operations, including D-Day, all the while chronicling his experiences that influenced his best-selling books and iconic films. 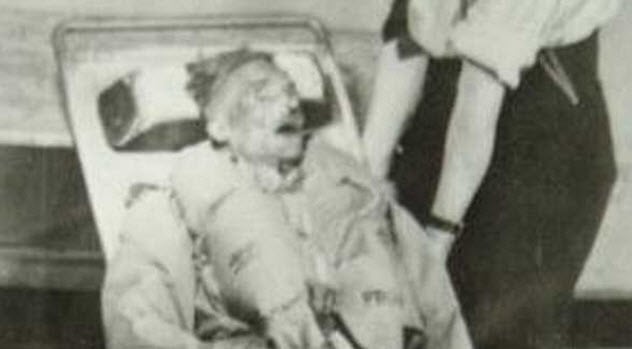 British officials cast an unlikely player to star as the hero in the real-life, high-stakes thriller. The wartime production involved an intriguing story line, numerous plot twists, and a role to die for.

Glyndwr Michael was born on January 4, 1909, in the small coal-mining town of Aberbargoed in South Wales. Growing up in an impoverished family, Michael mostly worked odd jobs as an unskilled laborer. By the time he was 31, both his parents were dead. Eventually, he found himself living as a vagrant on the streets of London.[3]

He eventually became deathly ill after ingesting rat poison and was taken to St. Pancras Hospital, where he died on January 24, 1943. Michael underwent a routine examination by the coroner, who determined the cause of death as suicide.

Despite Michael’s unremarkable life and grim demise, he would soon embark on an extraordinary adventure. 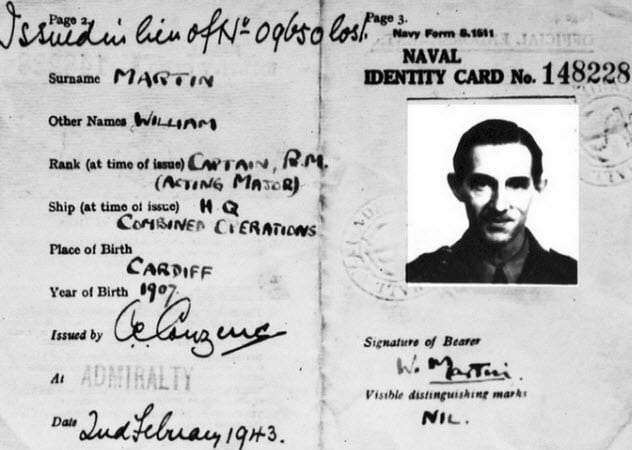 British intelligence officers Charles Cholmondeley and Ewen Montagu were tasked with spearheading the extensive skullduggery. As part of the counterespionage unit, the men plotted around the clock in a secret underground room in the Admiralty. Discretion was of vital importance to ensure secrecy and give the deceit a fighting chance to succeed. But first, they needed a body.

The mortuary at St. Pancras, the largest in the country, provided an ample supply of potential candidates. But the deceased had to meet strict criteria: no family, no friends, and no visible signs of foul play. Glyndwr Michael fit the bill perfectly.[4]

The recently departed Welshman was given the pseudonym Captain (Acting Major) William “Bill” Martin of the Royal Marines. With his new identity established, the cadaver remained locked away and refrigerated while Cholmondeley and Montagu crafted a backstory clever enough to fool the Germans. Their ploy also needed a name. With a wink and nod to their dark sense of humor, they called it Operation Mincemeat. 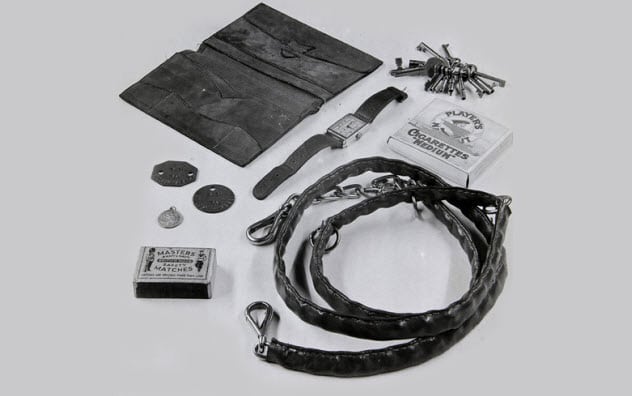 Several highly nuanced factors (including luck) ultimately determined the fate of the operation. “Major Martin,” posing as a courier who had been killed in a plane crash at sea, had to appear both believable and random and furnish just enough subtle details to spring the trap.

A bogus letter from Lieutenant General Sir Archibald Nye to General Sir Harold Alexander contained the key piece of misinformation. The letter was written by Nye himself for added authenticity.[5]

In an effort to discourage a complete autopsy (and assuming the Spanish pathologists were Roman Catholic), a silver St. Christopher’s medal delivered an element of spiritual guidance to the mission. 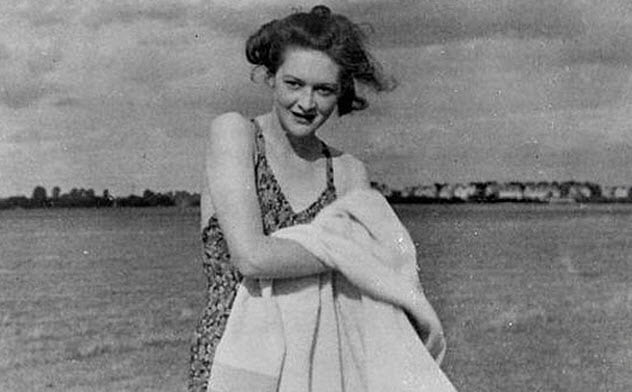 The chicanery even went as far as to fabricate an imaginary girlfriend named “Pam.” A few rambling, flowery love letters were added to the mix as well as an actual photograph of a young woman with wavy brown hair by the name of Jean Leslie. The 19-year-old from Hampshire worked as an MI5 secretary, and her seemingly innocuous contribution soon took on a life of its own.[6]

Despite being a married father of two young children, British intelligence officer Montagu became smitten with his coworker and began pursuing her after hours with dining and dancing. He even wrote her his own notes of affection, addressing them to “Pam” and signing them “Bill.” But alas, this Montagu lacked Shakespeare’s touch and Cupid’s quivers, relegating the one-sided fling dead as a doornail.

4 A Race Against The Clock 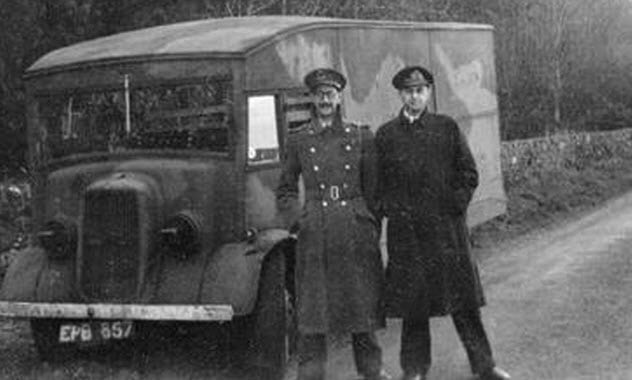 As any zombie apocalypse fan knows, bodies decompose. Rapidly. British officials knew they had roughly three months before their specimen reached its expiration date. And with the pending invasion of Sicily scheduled for July, the plan shifted into high gear.

On April 19, 1943, the imposter was outfitted in a well-worn uniform (along with clean underwear because, well, you never know) and placed inside an airtight metal container packed with dry ice. Cholmondeley and Montagu accompanied the cargo in a van driven by MI5 agent “Jock” Horsfall. Prior to the war, Horsfall had been a champion race car driver best known for his speedy Aston Martin—the same car James Bond later made famous.[7]

Horsfall now put skills to use in a mad dash, driving 700 kilometers (435 mi) through the night from London to Greenock, Scotland, and a rendezvous with the Royal Navy. 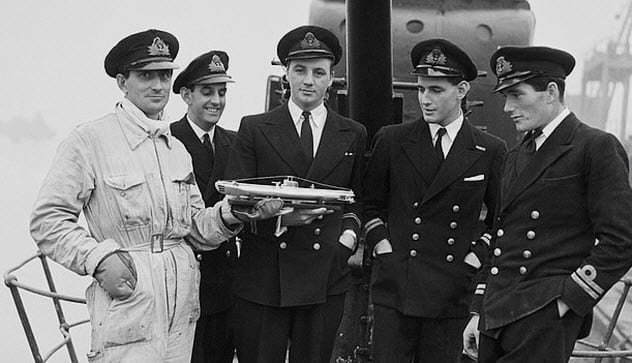 Despite claiming a neutral status during the war, Spain was a well-known haven for German spies—especially along its southern coast. The British feared that using a noisy seaplane might prove too risky. Instead, Major Martin went to sea aboard the submarine HMS Seraph.[8]

With the exception of the captain, Lieutenant Commander Norman Jewell, and a few other officers sworn to secrecy, the crew was told that they were transporting meteorological equipment and set a course for the Iberian Peninsula. The S-class submarine spent the next 10 days navigating dangerous waters and endured two separate bombings from German aircraft.

The Seraph eventually surfaced 1.46 kilometers (0.91 mi) off the coast of Huelva. Jewell ordered the covert shipment up to the deck, where the future admiral read Psalm 39, a prayer of wisdom and forgiveness. Then he placed a “Mae West” (an inflatable vest) on Michael/Martin and gently set him adrift for the final leg of his journey. 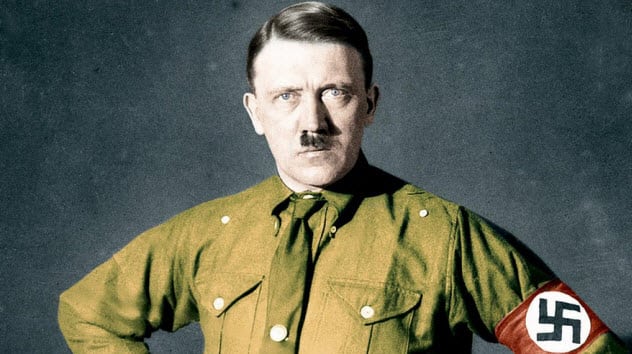 Convinced of their good fortune, the Abwehr (German intelligence) took the findings directly to Adolf Hitler. The bamboozled dictator eagerly took the bait. He demanded, “Measures regarding Sardinia and the Peloponnese take precedence over everything else.” The blunder proved disastrous.[9]

Additionally, the falsehood would have far-reaching effects for the remainder of the war as the Germans hesitated to act on legitimate discoveries involving espionage. 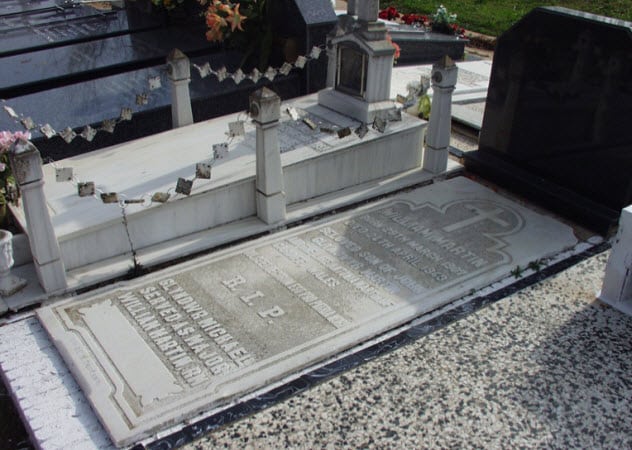 The gravestone at Cementerio de la Soledad in Huelva reads, “William Martin, born 29 March 1907, died 24 April 1943.” But in 1998, the British government added the amendment, “Glyndwr Michael Served as Major William Martin, RM,” as a tribute to the man’s true identity. But the story doesn’t end there.

Several alternative theories suggest that an entirely different person lies in Spain, adding further intrigue to the possibility of a hoax within a hoax. After the war, Montagu wrote a best-selling book, The Man Who Never Was, that also spawned a popular film. Although Montagu stood firmly by the official government position, many scholars have questioned its validity.

The central argument casts doubt on whether a hapless drifter in poor physical health could have conceivably passed as a Royal Marine officer and deceived a savvy adversary. Furthermore, why would a meticulous, detail-oriented barrister such as Montagu have risked everything on a stiff who died from poison instead of a real drowning victim?

One of the more popular hypotheses asserts that Glyndwr Michael may have been switched in favor of a sailor named John Melville, who drowned off the coast of Scotland on March 27, 1943. The escort carrier, HMS Dasher, had suffered a horrific (and mysterious) explosion that sank the ship and killed 379 crewmen.

In 2004, a memorial service honored Melville on a ship currently using the name Dasher, in which Lieutenant Commander Mark Hill declared: “In his incarnation as Major Martin, John Melville’s memory lives on in the film, The Man Who Never Was. But we are gathered here today to remember John Melville as a man who most certainly was.”[10]

Given the heightened secrecy of the operation and the fact that most of the key players are no longer living, it’s doubtful that a definitive conclusion will ever be reached. Nonetheless, Operation Mincemeat remains the gold standard of macabre military maneuvers.