I can not tell a lie: I love misconceptions lists – I love writing them almost as much as I love reading them. Therefore, I have put together a third list on the topic! Regular readers will know that we have already presented two such lists. They can be found here and here. Enjoy the list – and if you have any misconceptions of your own to debunk, feel free to do so in the comments! Common Misconception: Humans use only 10% of their brain

This is utterly false. No one really knows how this myth started – but what we do know is how it has been perpetuated for so long. When people first began making this false claim, psychics “decided” that this explained why some people had paranormal abilities and others didn’t: paranormal powers were unleashed in people who had developed the use of more than 10% of the brain. They believed that some region of the brain, if tapped, could provide psychic abilities. This certainly helped their bottom line as thousands of books have since come out aiming to “teach” people how to develop this power. So, the truth of the matter? Humans use 100% of their brain – that is why it is there! Here is a case in point: a hemispherectomy – this is the surgical procedure that removes an entire half of the brain. When this surgery is performed, the patient becomes paralyzed in half of their body. 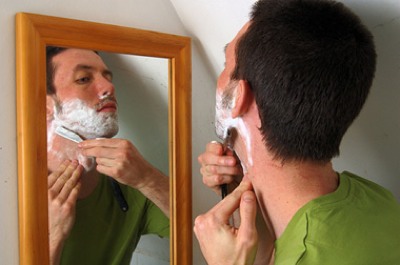 The reason that so many people believe this is that uncut hair ends up developing a taper – or split ends – both of which feel softer than freshly cut hair. It is for this reason that a man’s beard feels soft, but stubble feels rough. Of course, if this myth were true, every man going bald would simply get a hair cut in order to make his hair grow back thicker – true also for women with thinning hair. It is surprising that so obvious a myth (when you really think about it) is believed by so many! Common Misconception: You can extend your penis or widen its girth with special devices or medications

This is patently untrue and the source of millions of spam emails sent around the world every day. Vacuum pumps, pills, stretching techniques: none of them make one iota of difference to the size of your manhood (and consequently the engine size of your car). The only way to enlarge your penis is to have enhancement surgery. This is, obviously, extremely expensive, extremely painful, and extremely gruesome – or so I am told! Common Misconception: Monosodium glutamate (MSG) is evil and must be avoided at all costs

First off, MSG is a naturally occuring substance found in things like tomatoes, mushrooms, and seaweed. It was first isolated and presented in pure powder form in 1907 and 1909 respectively. MSG is a flavor enhancer that excites the fifth taste sense umami (the others being salt, sweet, sour, bitter). MSG is to umami, as sugar is to sweet. Another term for umami (and a relatively good description of it) is “savory”. When you add MSG to a bland soup or stock, it can greatly increase the flavor and add a roundness that can not be obtained elsewhere. Most fine chefs will use natural MSG when possible – through the inclusion of tomatoes or mushrooms, but many will also use the powder directly. It is a myth that MSG makes you ill – thanks to media scares around the world, people have an great horror of MSG, but those self-same people have no problems scoffing chips and other fast-food and pre-packaged foods, almost all of which contain it. The English “ready-made” gravy granules “Bisto” contains a large amount of MSG, as do many seasonings and sauces that are available at the supermarkets of the world. MSG is E number E621 and is labelled as “flavour enhancer 621” in Australia and New Zealand. Australian study on “Chinese Restaurant Syndrome” – showing no link to MSG: “[R]igorous and realistic scientific evidence linking the syndrome to MSG could not be found.” Enjoy MSG! Common Misconception: Half, or more than half of all humans ever born, are alive today

This is a myth – probably perpetuated by eugenicists and other people who believe the planet should be saved by population control of the human species. This is not a new myth either: in 1798, Thomas Malthus predicted that population growth would surpass the world food supply by the mid 1800s. The Population Reference Bureau estimate that the earth has held over 106 billion humans throughout history. With a current world population of over 6 billion, that means that roughly 6% of people ever born are alive today. A significantly lower number than that given by population explosion alarmists. What is perhaps more frightening, is the fact that many nations today are not producing enough children to replace the population with no growth at all, in other words, many countries are suffering negative birth rates (see chart above). 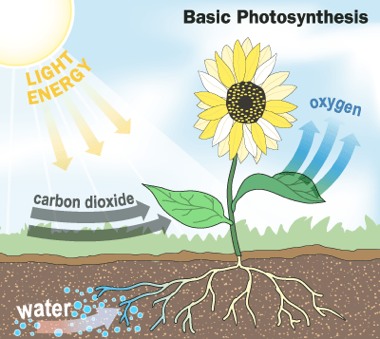 I suspect this will come as a surprise to most people, but while plants do produce oxygen, they do not do it by converting carbon dioxide. The process by which this all happens is called photosynthesis and is a relatively complex process, but to put it simply, plants convert carbon dioxide into carbohydrate precursors and water (fuel for the plant). This is a light independent process – it doesn’t need light to perform this task. So how do plants make oxygen for us to breathe? It uses a light dependent process – this requires light. It takes the light and converts it to potential energy – the byproduct of this process is oxygen. Common Misconception: The North Pole is north and the South Pole is South

Actually, in terms of physics, the North Pole (while geographically in the north) is actually a south magnetic pole, and the South Pole (geographically in the south) is a north magnetic pole. When your compass is pointing north, it is actually pointing to the south pole of Earth’s magnetic field. 780,000 years ago, this would not have been the case, as the magnetic poles of the earth were reversed (this is called a geomagnetic reversal). Oh – and just to complicate things further, the poles drift around randomly – they are not in a fixed spot. This is most likely due to movements in the molten nickel-iron alloy in the Earth’s core.

3
Mirror Mirror On The Wall When we look in a mirror, our left and right sides appear to be reversed – left is right and right is left. In fact, what has really happened is that the mirror has inverted us front and back. The reason that we think it is a left-to-right reversal is that we are used a person’s left and right being reversed when they face turn to face us. So what is the mirror doing? Imagine a person with their back to us doing a hand stand to face us, rather than turning around – their right and left remain the same but their top and bottom swap. Looking in to a mirror has the same effect: nothing reverses in the mirror – not bottom and top, not left and right. 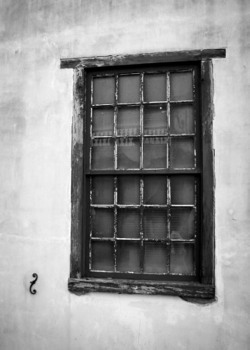 First of all, this is not true. Secondly, the reason many people believe it is due to the nature of old panes of glass in which the bottom appears to be thicker than the top – suggesting that the glass is “melting” and pooling at the bottom. The reason for this distortion in the glass is the method of manufacturing in the past. You will notice that you don’t see this “melting” behavior in modern glass windows. Glass is actually an amorophous ceramic. In fact, it freed little or no slaves. Why? Because the emancipation proclamation (1862) declared the freedom of all slaves in the confederate states – that is, the states over which Lincoln and the Union government had no control. Furthermore, it did not free slaves from any of the states that were already under union control. This would be (in a sense) like Australia trying to declare a law binding on New Zealanders – when they are two separate nations. The emancipation proclamation was, effectively, worthless. It was not until the Thirteenth Amendment (December 6, 1865), that slavery was officially abolished in full.