Listverse has published a couple of fine lists on misquotes from Shakespeare, movies and other subjects. What follows is a list of 15 of the more notable political and military misquotes. Sources I used were some books from my shelves, Snopes.com, the New York Times and good ol’ Google. Quote numbers 15-11 are usually attributed to the correct person, but the words are different or twisted. Numbers 10-7 are correct attributions but the person in question didn’t coin the phrase. Numbers 6-1 usually are attributed to the wrong person entirely. 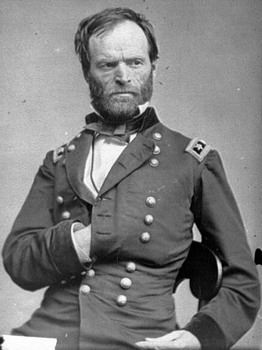 What he actually said: “I will not accept if nominated and will not serve if elected.” It means exactly the same thing, but the actual language is less poetic than the misquote. 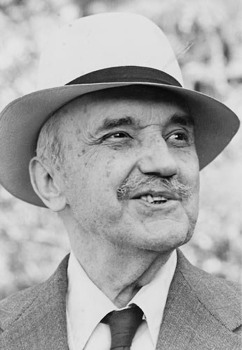 Quote: “Those who do not remember history are condemned to repeat it.”

What he actually said: In “Life of Reason,” Santayana wrote, “Those who cannot remember the past are condemned to repeat it.” The differences are more than just subtle, because “history” implies a fixed set of events while “the past” refers to all of history. 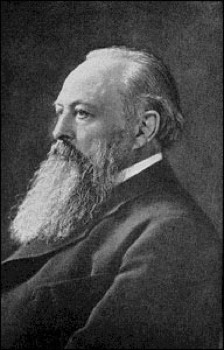 What he actually said: “Power tends to corrupt; absolute power corrupts absolutely. Great men are almost always bad men.” The subtle difference between the misquote and actual quote is akin to the difference between kinetic energy and potential energy. In the misquote, it’s implied that all power corrupts. In the real quote, it states that power has the potential to corrupt, but not automatically. 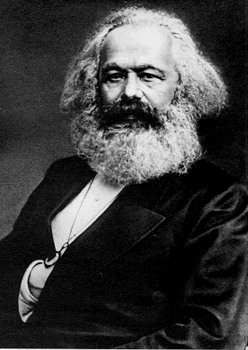 Quote: “Religion is the opiate of the masses.”

What he actually said: “Religion is the sigh of the oppressed creature, the heart of a heartless world and the soul of soulless conditions. It is the opium of the people.” The bastardized quote makes more sense when it’s placed in context with Marx’s poetic words. 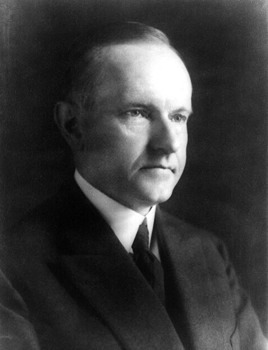 Quote: “The business of America is business.”

What he actually said: “After all, the chief business of the American people is business. They are profoundly concerned with producing, buying, selling, investing and prospering in the world.” The full quote is much more meaningful than the misquote. 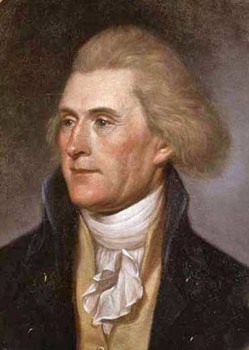 Quote: “The price of liberty is eternal vigilance.”

Where it came from: It’s probable that the brilliant Jefferson uttered or wrote these words, but they didn’t originate with him. John Philpot Curran, an Irish judge, said it first: “The condition upon which God hath given liberty to man is eternal vigilance; which condition if he break, servitude is at once the consequence of his crime, and the punishment of his guilt.” 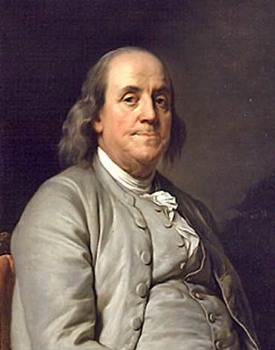 Quote: “Nothing can be said to be certain, except death and taxes.”

Where it came from: While Ben Franklin definitely used the quote in his “Poor Richard’s Almanac,” it didn’t originate with him and first appeared earlier. Edward Ward in his 1724 “Dancing Devils” wrote “Death and Taxes, they are certain.” And Christopher Bullock wrote in his 1716 “Cobler of Preston” that “’Tis impossible to be sure of anything but Death and Taxes.” Where it came from: Although permanently identified with my fellow Missourian, “The Buck Stops Here” most likely didn’t begin with Truman. He adopted this phrase in 1945, apparently after receiving a gift from El Reno, Oklahoma, bearing the words. As further proof, a Yale librarian discovered an El Reno newspaper photograph from 1942 that clearly displays the phrase on the desk of a colonel at the Federal Reformatory at El Reno, where the gift to Truman came from. 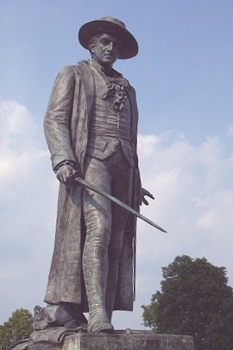 Quote: “Don’t fire ‘til you see the whites of their eyes!”

Where it came from: Usually William Prescott is credited with saying this at the 1775 battle of Bunker Hill: “Don’t fire ‘til you see the whites of their eyes. Then, fire low!” However, he wasn’t the first. Frederick the Great said it in 1755 during the Seven Years War, and a British officer named Sir Andrew Agnew said the first recorded instance at Dettingen in 1743. (A couple of sources claim that Andrew Jackson said this at the battle of New Orleans, but it’s probably apocryphal.) 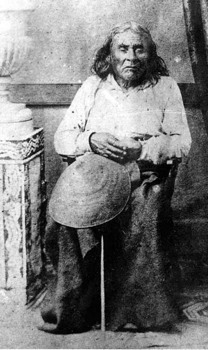 Quote: “How can you buy or sell the sky, the warmth of the land? … The end of living and the beginning of survival.” (Those are the opening and closing lines of a speech attributed to him.)

Who really said it: Not Chief Seattle. He never said that long speech in 1854 or any other time. Instead, a screenwriter named Ted Perry wrote the entire speech in 1971 for a 1972 ecological movie called “Home”—about 115 years after Seattle died. Nevertheless, the bogus speech has been treated as authentic by various authors, environmentalists and Al Gore. Quote: “It is necessary only for the good man to do nothing for evil to triumph.”

Who really said it: Who knows? Although this quote and its various iterations are almost universally attributed to the British statesman, the phrase never appears in any of Burke’s writings. See here for more information. 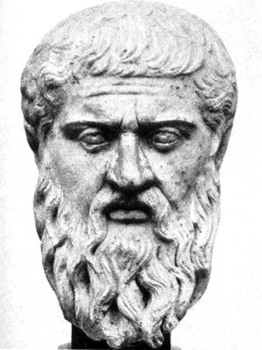 Quote: “Only the dead have seen the end of war.”

Who really said it: Not Plato. Blame retired Gen. Douglas MacArthur for this one. In giving a speech, he attributed to Plato what George Santayana wrote thousands of years later in his 1953 book, “The Life of Reason.” Nevertheless, the phrase is wrongly associated with Plato even today. 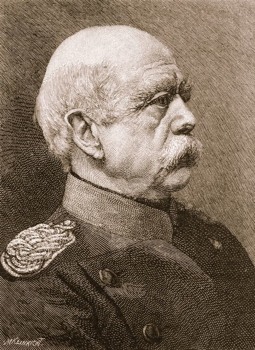 Quote: “To retain respect for sausages and laws, one must not watch them in the making.”

Who really said it: Probably not Bismarck. An 1869 issue of The Daily Cleveland Herald quotes lawyer-poet John Godfrey Saxe as having said, “Laws, like sausages, cease to inspire respect in proportion as we know how they are made.” The phrase didn’t come to be associated with the Iron Chancellor until the 1930s, well after his death. (It’s still true, though!) 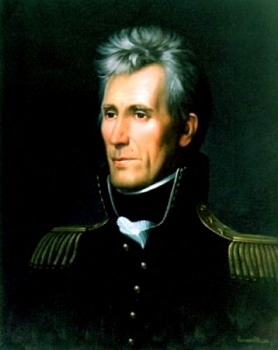 Quote: “To the victors belong the spoils.”

Who really said it: Not Jackson, although he certainly agreed with the sentiment. An ally of Jackson, New York Gov. William Marcy, actually coined the phrase in 1828 to explain why the new president would be doling out offices and appointments to friends and supporters as he saw fit. The relevant part of the exact quote is: “When they are contending for victory, they avow their intention of enjoying the fruits of it. … They see nothing wrong in the rule that to the victor belongs the spoils.” Nevertheless, the quote is an accurate assessment. 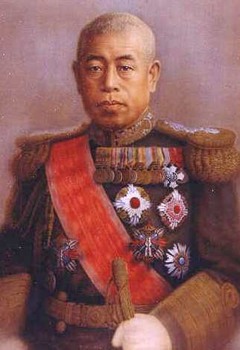 Quote: “I fear all we have done is to awaken a sleeping giant.”

Who really said it: The screenwriters for the 1970 movie “Tora! Tora! Tora!” While it is true that the admiral believed that Japan could not win a *protracted* war against the United States, an actor uttered the famous phrase, not him. I own the definitive bio on Yamamoto (Hiroyuki Agawa’s “The Reluctant Admiral”) and the phrase does not appear there. The sleeping giant phrase started in 1970 and has been repeated ever since, even appearing in the (laughably stupid) “Pearl Harbor.”

The closest Yamamoto came to saying the “sleeping giant” quote came in early 1942 (quoted in that book): “A military man can scarcely pride himself on having ‘smitten a sleeping enemy’; it is more a matter of shame, simply, for the one smitten. I would rather you made your appraisal after seeing what the enemy does, since it is certain that, angered and outraged, he will soon launch a determined counterattack.”