The 1856 poem “Maud Muller” by John Greenleaf Whittier tells the story of a beautiful woman named Maud who meets the town judge one day. Each is smitten with the other, but they never voice their feelings. They go on to marry other people and lead separate lives. But they never forget the day they met.

Whittier sums up their remorse at the lost opportunity:

For of all sad words of tongue or pen,
The saddest are these:
‘It might have been!’

That quotation may also describe the world’s loss when famous artists fail to complete their creations. Of course, the reasons vary. Sometimes, the creators die too soon. Other times, the artists move on to different endeavors. In some instances, we may never know why these works were not completed. 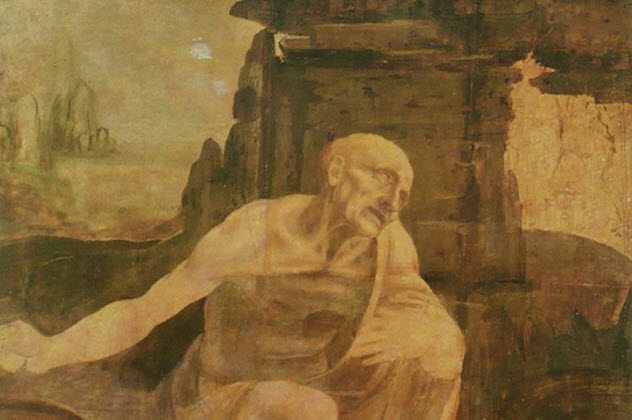 Leonardo da Vinci considered himself to be more of an engineer than a painter. Therefore, he did not produce many finished paintings. His piece St. Jerome in The Wilderness is a half-completed piece. But it is valuable due to its rarity and what it teaches about da Vinci’s approach to visual art.

The painting dates to around 1480, and it shows the hermit saint in a rocky landscape holding a stone for self-mortification. The unfinished painting most likely stayed in da Vinci’s possession until his death, but it is unclear what happened to it after that.

The earliest mention of the painting dates to the 19th century in the will of Swiss painter Angelica Kauffman. Then the work disappeared and was later purchased by Cardinal Joseph Fesch, Napoleon’s uncle. He learned that the painting had been cut into five pieces. After recovering all the pieces, Fesch reassembled the painting.[1]

The work was later purchased by Pope Pius IX and put on display in the Vatican Museum Pinacoteca. It is astonishing that this rare painting almost didn’t survive, but it is still an amazing work of art—even half-finished.

9 Symphony No. 8 In B Minor
Franz Schubert

Franz Schubert’s Symphony No. 8 in B minor is also known as the Unfinished Symphony. It consists of two completed movements: an Allegro moderato and Andante con moto. Piano sketches were later found for a third movement. The B-minor entr’acte from his incidental music to Rosamunde appears to be derived from what would have been the final movement.

In 1822, at just 25 years old, Schubert began to compose this eighth symphony. He earned an honorary degree from the Graz Music Society the next year and gave his symphonic sketch to his friend Anselm Huttenbrenner.

But Huttenbrenner never told anyone about the symphony. He didn’t try to produce it, either, because he felt it was unfinished. In 1865, Huttenbrenner finally gave the score to the Vienna Music Association, where the Unfinished Symphony was performed for the first time.[2]

Unfortunately, Schubert didn’t live to hear his piece performed. He died in 1828 at age 31. 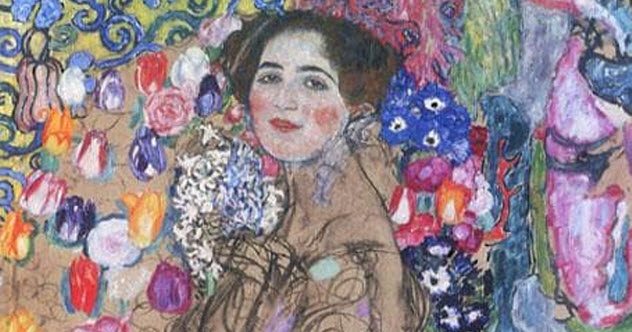 This was the third and final painting in a series of portraits commissioned by the Munk family of their daughter Ria. After a falling-out with her lover in late 1911, Ria committed suicide with a shot to her chest. Ria’s mother commissioned Gustav Klimt to paint a deathbed portrait of her daughter. His first two efforts were rejected by the family, and his third went unfinished.

But the unfinished painting offered a glimpse into the working methods of Klimt. The portrait showed Ria standing sideways and turning to face the viewer with a smile. The face and surrounding detail are finished, but the dress and floor are traced in charcoal and unfinished.[3]

This painting demonstrated that Klimt was spontaneous and impulsive. He drew directly on the canvas instead of relying on a series of drawings to prepare for the painting. The portrait went to the Lentos Museum but was later returned to the heirs of Ria’s mother. The portrait was sold in 2010 for approximately $27.8 million. 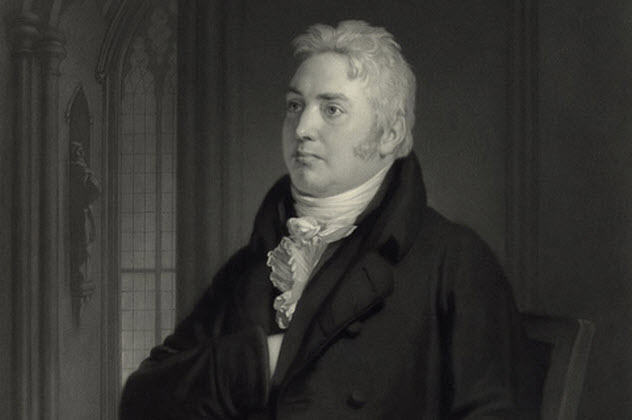 After taking laudanum, a painkiller derived from opium, Samuel Taylor Coleridge wrote his 54-line, unfinished poem “Kubla Khan.” It was published in 1816. According to Coleridge, “Kubla Khan” came to him in a drug-influenced dream. The poem was hundreds of lines long, but he could only recall a fragment of it after he woke up.

Coleridge explored the depths of dreams and created landscapes that could not exist in reality. The poem is about a man named Kubla Khan who traveled to the land of Xanadu, where he found a pleasure dome made of caves of ice in a sunny area. The narrator described the contrasts that he saw in Xanadu. Eventually, critics decided that the complex meaning was about the essence of man’s genius.[4] 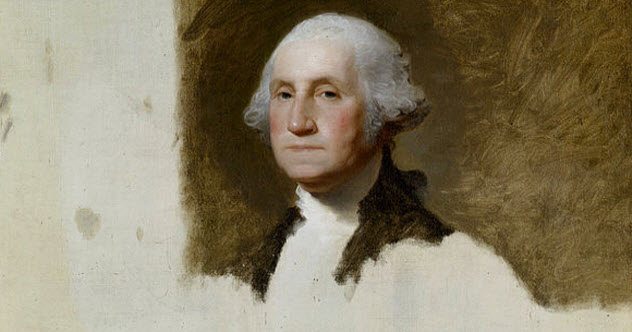 Gilbert Stuart created more than 100 portraits of US President George Washington. Stuart’s first painting, the well-known Vaughan portrait, shows Washington from the waist up. However, the most famous in the series is the Athenaeum portrait, which was begun in 1796 at the request of Washington’s wife, Martha. This image can also be seen in reverse with slight modifications on the US dollar bill.[5]

The painting went unfinished, and Stuart asked the president if he could keep it to help him with future portraits. More than 75 replicas were made. The original unfinished paintings became known as the Athenaeum portraits because they were purchased by the Boston Athenaeum library after Stuart died in 1828. 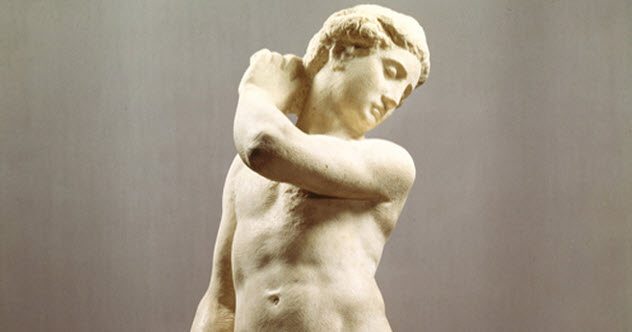 This sculpture is named David-Apollo because so many people disagree about the identity of the man depicted in this work. The elements of Michelangelo’s sculpture suggest that it may be the biblical David or the mythological Apollo. The flesh areas are covered by fine chisel marks, and the sculpture shows the figure of a youth in a twisting pose.

David-Apollo was created in 1530 for Baccio Valori, the governor of Florence at the time. The sculpture was most likely discarded by Michelangelo before his departure for Rome and was abandoned for artistic purposes.

It has been said that the marble sculpture started as David, but Michelangelo later tried to adapt it to Apollo before leaving the piece unfinished. We may never know for sure, so it will always be known as David-Apollo.[6] 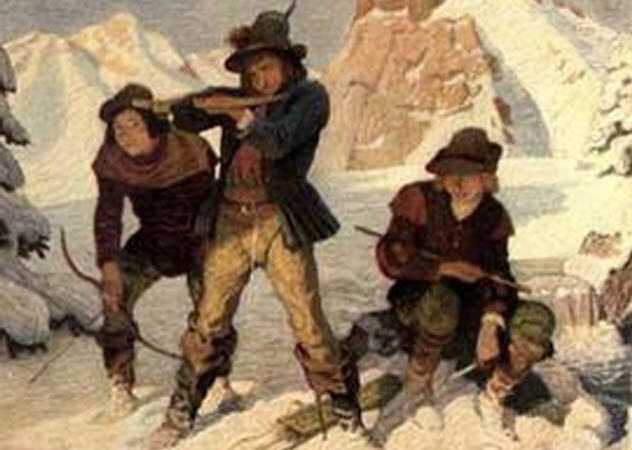 By the time Mark Twain wrote The Mysterious Stranger, he was a well-known writer of realism. So it was surprising when he wrote a story with a supernatural main character. Twain worked on this novel off and on for about 10 years. But he left it unfinished when he died in 1910. The story is about good and evil in the Middle Ages.

Six years after Twain died, his editors published The Mysterious Stranger. However, in the 1960s, scholars discovered that the editors had significantly changed the story for its original publication. The altered story deviated from Twain’s intent.[7]

A version of the book based on his original manuscript was finally published in 1969. Even though the original story was unfinished, it was still another great work of fiction by one of the most acclaimed authors of the 19th century.

3 The Death Of Marat
Jacques-Louis David 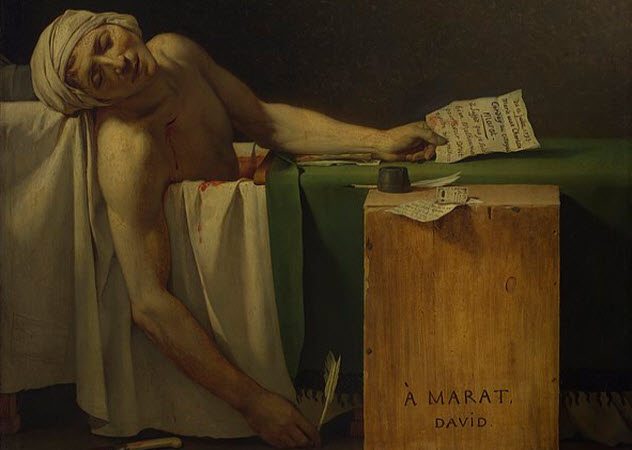 During the Reign of Terror in 1793, Jacques-Louis David painted a memorial to his friend, murdered publisher Jean Marat. David painted an idealized image of Marat holding his murderess’s letter of introduction. Marat’s head weighs heavily on his shoulder as his right arm hangs to the ground. The bloodied knife also lies on the ground, and Marat has open flesh wounds.[8]

David was known to be sympathetic to the French Revolution, and his historical paintings were regarded as demands for political action. The Death Of Marat was commissioned by Robespierre, but it was later given back to David. The painting is currently at the Royal Museums of Fine Arts of Belgium. 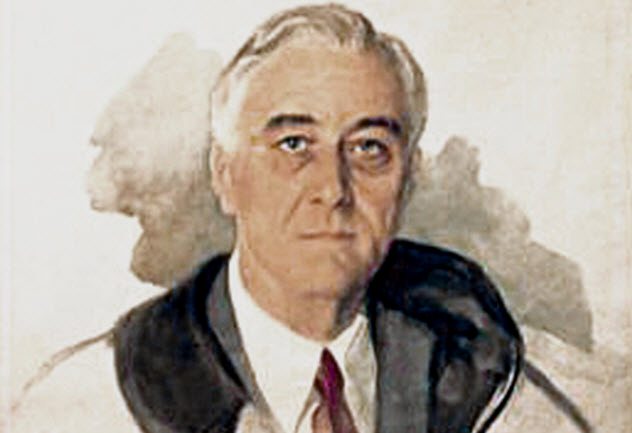 Elizabeth Shoumatoff was a Russian-American who painted portraits of individuals from many famous families, including the Woodruffs, the du Ponts, and the Firestones. But her most famous painting was of President Franklin D. Roosevelt.

During their first meeting, Roosevelt was astonished by her skills and immediately hired her to paint his portrait for the White House. However, Roosevelt postponed their second meeting due to his deteriorating health.

She arrived at his vacation home anyway. According to Shoumatoff, Roosevelt was in good spirits and agreed to go through with the portrait as long as she painted him outside in Warm Springs, Georgia. As she was about to finish painting for the day, Roosevelt slumped over in his chair and lost consciousness. He died several hours later.[9]

Shoumatoff never finished the portrait, and it became famous for showing the president during his last days. The portrait is displayed at the Little White House where Roosevelt died.

There may not be a more fascinating unfinished musical masterpiece than Wolfgang Amadeus Mozart’s Requiem in D minor. It was composed in 1791 and was left unfinished at the time of his death. A painting of Mozart trying to complete the masterpiece on his deathbed shows the love that he had for his work. But it also demonstrates how his love of work could have led to his demise.[10]

Requiem in D minor was commissioned by Count Franz von Walsegg-Stuppach, who liked to pass off the work as his own. He had done this with other musical works that he had previously commissioned.

Mozart had debilitating fevers, though, and worked on the musical piece when his strength permitted. When he died, only the Introit was completed. He had done preliminary work on the Kyrie, Sequence, and Offertorium but nothing on Benedictus, Agnus Dei, and Communio.