Surprisingly this is only our second list of curses – which, considering the vast number of them around, is quite amazing. In this list, rather than looking at generic curses from the ages, we are looking at 10 specifically sport related curses. We are starting with the well known Curse of the Bambino and moving on to some you may not be so familiar with.

10
The Curse of the Bambino 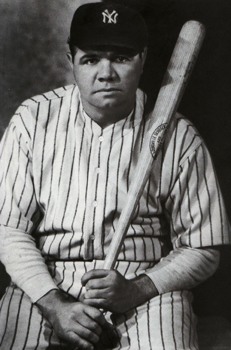 In perhaps the most famous of sports curses, the Red Sox decision to sell Babe Ruth to the Yankees in 1920 brought down an 83-year championship drought. Before the trade, the Red Sox had won five World Series, the Yankees none. From the trade to 2003, the Yankees won 26 series, the Sox zero. The curse’s reputation was enhanced by the Red Sox repeatedly coming close and falling short. The team made four World Series appearances (1946,1967,1975,1986) and each went the full seven games. In 1986, the Red Sox were one out away from winning the Series in six games when the tying run scored on a wild pitch, followed by Mookie Wilson’s ground ball rolling through Bill Buckner’s legs to put the Mets ahead. In game seven, the Sox took an early 3-0 lead only to blow it and lose 8-5. The curse finally ended in 2004. First, the Red Sox beat the Yankees in the American League Championship Series despite losing the first three games. They then swept the Cardinals in the World Series. The Sox added another Series win in 2007 with a sweep of the Colorado Rockies.

9
The Curse of Billy Penn 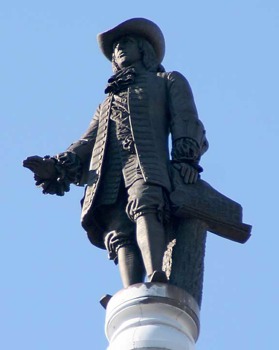 Philadelphia had long had a policy of not allowing buildings higher than the statue of city founder William Penn that stands on top of City Hall. This ended in 1987 with the completion of One Liberty Place, which is nearly 400 feet taller than City Hall. Penn apparently responded to his demotion by cursing Philly’s pro sports teams. Over the next 20 years, the Flyers lost the Stanley Cup twice (1987,1997), the Phillies lost the World Series (1993), the 76ers lost the NBA Finals (2001) and the Eagles lost the Super Bowl (2004). In 2007, when the Comcast Center became Philadelphia’s tallest building, workers tried to break the curse by attaching a figurine of Penn to the final beam. It worked, as the Phillies won the World Series the next year.

8
The Curse of the Colonel 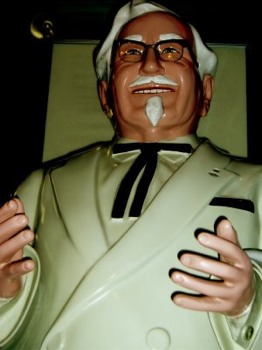 When the Hanshin Tigers won the 1985 Japan Championship Series, celebrating fans in Osaka grabbed a statue of Colonel Sanders from a Kentucky Fried Chicken and threw it off a bridge into a canal. Over the next 17 years, the Tigers finished last in their league 10 times, inspiring a rumor that the team would never win another championship until the Colonel’s statue is recovered. The Tigers won League Championships in 2003 and 2005 only to lose the Japan Series. Before too much blame is given to the Colonel, it should be noted that the Tigers had earlier gone 21 years between League Championships (1964-85) without any known curse affecting them. The statue was recently discovered on March 10, 2009, by a construction crew building a new boardwalk.

7
The Curse of Coogan’s Bluff 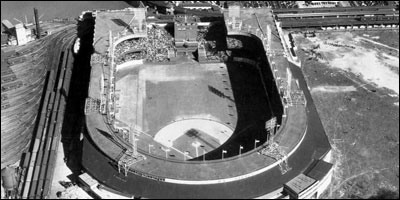 When the Giants left the Polo Grounds at Coogan’s Bluff in New York City for San Francisco in 1957, betrayed fans reportedly hexed the team so it would never win a World Series away from New York. The Giants have not won the Series since 1954, despite National League pennants in 1962, 1989 and 2002. Furthermore, in two of those Series, games in San Francisco were delayed by nature’s wrath. Game 6 of the ‘62 Series was held up three days by extremely heavy rains and Game 3 of the ‘89 Series was postponed 10 days by a massive earthquake that damaged the Giants’ home field, Candlestick Park.

6
The Curse of Marty McSorley 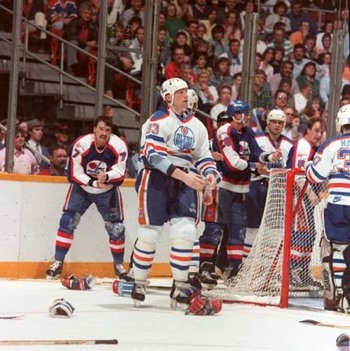 During Game 2 of the 1992 Stanley Cup, the Los Angeles Kings held a 2-1 lead over the Montreal Canadiens. As the game was winding down, Candiens coach Jacques Demers became suspicious of the curvature of the stick of Kings defenseman Marty McSorley and asked that it be measured. Referees determined the blade was “too curved” and sent McSorely to the penalty box for two minutes for using illegal equipment. Montreal capitalized on the one-man advantage with Eric Desjarins scoring to tie the game. During overtime, Desjarins scored again to win the game for the Candiens and tie the series at one game each. Montreal won the next three games and the Stanley Cup. Since then, no other Canadian team has won the championship. Four teams got to the Stanley Cup Finals only to lose to an American rival: the Vancouver Canucks were defeated by the New York Rangers (1994), the Calgary Flames lost to the Tampa Bay Lightning (2004), the Edmonton Oilers fell to the Carolina Hurricanes (2006) and the Ottawa Senators lost to the Anaheim Mighty Ducks (2007). Granted, none of this explains why all of Canada would be punished instead of just Montreal or why the team that didn’t cheat is the victim of the curse, but no one said curses had to be either logical or fair. One Canadian team managed to find a loophole in the curse: the Quebec Nordiques moved to Denver in 1995, became the Colorado Avalanche and won Stanley Cups in 1996 and 2001. 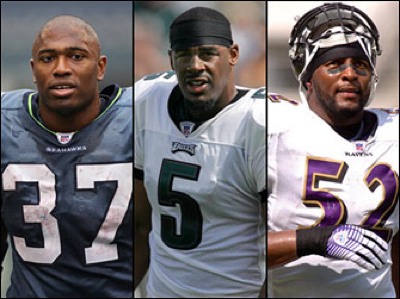 Since 1999, the cover of the Madden NFL video game has featured a top player, many of whom have suffered injury or setback. For example, Michael Vick appeared on the cover of Madden NFL 2004 and suffered a leg injury that sidelined him for most of the 2003 season. When Donovan McNabb was chosen for the Madden 2006 cover, he declared “I don’t believe in the curse at all.” He suffered a hernia in the first game of the 2005 season, played despite the pain for eight more games, then was reinjured, opted for surgery and missed the last seven games. In 2006, Shaun Alexander, the previous season’s MVP, was featured on Madden NFL 2007 and sustained a foot injury that caused him to miss six starts. When EA Sports announced that LaDainian Tomlinson would be on the 2008 cover, superstitious fans created the website SaveLTfromMadden.com to urge him to reconsider. Tomlinson eventually declined the offer, but said it was over his payment, not concerns about the curse.

4
The Curse of Bobby Layne 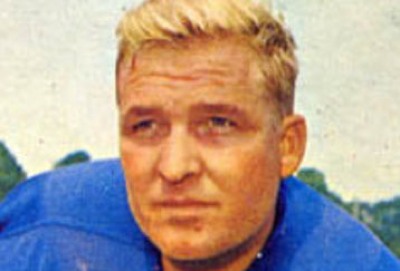 Quarterback Bobby Layne led the Detroit Lions to three NFL Championships (1952,1953,1957). Despite this, the Lions, thinking he was past his prime, traded him to the Pittsburgh Steelers in 1958. As Layne left, he reportedly declared that Detroit would not win for 50 years. Over those 50 years, the Lions have had the worst winning percentage of any NFL team and had a single post-season victory (1991). On the 50th anniversary of the trade, the curse went out with a bang as the Lions became the first NFL team to go 0-16. 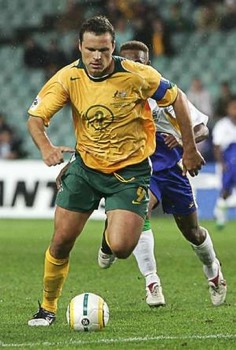 According the autobiography of player Johnny Warren, during the 1970 World Cup qualifiers, Australia’s Socceroos hired a witch doctor to curse their opponents. Australia proceeded to beat Rhodesia, 3-1. However, when the players were unable to come up with the 1000 pound fee demanded by the witch doctor, he reversed the curse onto the Socceroos, who lost their next match to Israel, partly because three players fell ill during the match. In 2004, Australian comedian/filmmaker John Safran read Warren’s book and traveled to Africa to reverse the curse. He found that the original witch doctor was dead, but hired a second one who performed a rite in which he killed a chicken and splattered the blood over Saffran. The Socceroos not only qualified for the 2006 World Cup, they advanced to the second round, the best result they ever had.

2
The Curse of the Billy Goat 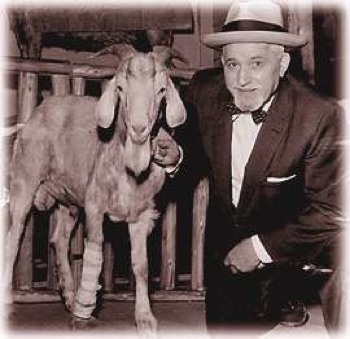 William Sianis, owner of the Billy Goat Bar, brought his pet goat to Wrigley Field to watch game four of the 1945 World Series. During the 7th inning, Chicago Cubs owner Philip Wrigley personally had Sianis and the goat ejected because of complaints from other fans about the smell. A furious Sianis reportedly declared, “Them Cubs, they aren’t gonna win no more.” The Cubs proceeded to drop the next three games to lose the Series to the Detroit Tigers, prompting Sianis to send Wrigley a telegram asking “Who smells now?” The Cubs have not made it to a World Series since. Several attempts have been made to break the curse, ranging from Sianis’ nephew Billy bringing a goat onto the field to fans hanging a butchered goat from the statue of Harry Caray in Chicago. According to Sam Sianis, William’s nephew-in-law, the curse can only be lifted by the Cubs organization showing a genuine fondness for goats: allowing them into Wrigley Field because they truly want to and not simply for publicity. 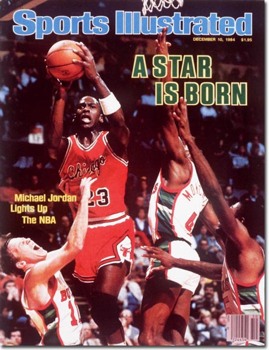 According to legend, the athletes appearing on the cover of Sports Illustrated go on to experience bad luck. SI’s first cover subject, baseball player Eddie Mathews, was also the first victim of the jinx, suffering a hand injury one week later that forced him to miss seven games. Over the years, the jinx has produced losses (the 1987 baseball preview featured the Indians with the declaration ‘Believe it! Cleveland is the best team in the American League’ only for the team to lose 101 games and finish dead last), injuries (golfer Jim Venturi was named 1964’s Sportsman of the Year then spent the next season battling carpal tunnel syndrome) and even death (Pat O’Connor, pictured on the 1958 Indianapolis 500 preview issue, was killed in a fifteen car pile-up on the last lap). On the other hand, Michael Jordan appeared on the cover a record 49 times and made it through with life and limb intact. Sports Illustrated did their own analysis of the phenomenon for a 2002 issue and concluded that 37% of their cover subjects suffered a demonstrable misfortune or decline in performance following their appearance.