Whether you love or hate Disney, it cannot be denied that they have come up with some great villainous characters through their movie-making history. This list takes a look at the ten most evil, most repugnant, most vile of evil characters to grave the disney cartoon screen. Be sure to add your own favorites to the comments. 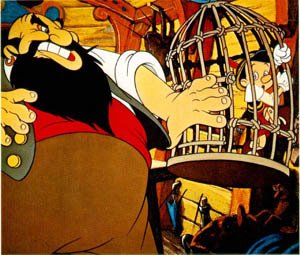 Large, loud and evil come to mind when Stromboli is mentioned. He is a heartless showman who burns his marionettes for firewood when they have grown too old to perform. This puppeteer’s sole passion is money and when he discovers Pinocchio’s potential (a stringless puppet who can sing and dance) he kidnaps him and forces him to work. 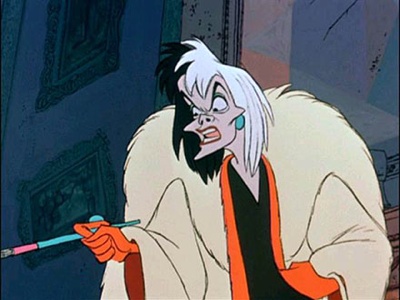 This fur loving woman is a danger to all animals. She will do whatever it takes to get her hands on the Dalmations. Anyone who kills cute little puppies to make coats is evil in my books. With a quote like this – how could she not be on the list: “Poison them drown them, bash them on the head!” 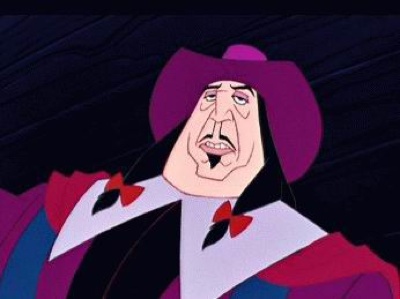 This money hungry governor is as greedy as they come. He does not trust the “savages” and as a result sends his men to attack them, as he believes they are hiding gold that he most desperately wants. Even when it is discovered that the Native Americans do not possess these riches, he still declares that they must “sound the drums of war” 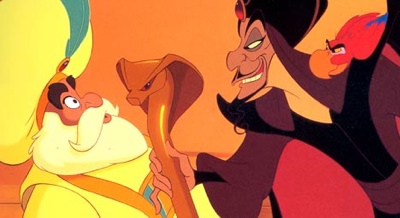 The evil sorcerer is seen in his advisor attire in a majority of the movie. However, he goes through quite a few transformations. These include: an old cripple, sultan, cobra and a frightening genie. He pretends to be a faithful advisor to the Sultan in an attempt to steal his throne and rule Agrabah. 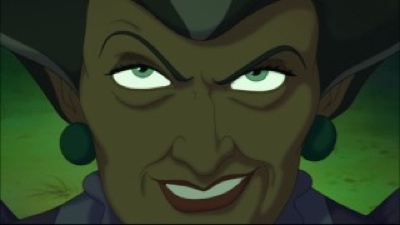 The self-centred and wicked stepmother psychologically abuses Cinderella. She ruthlessly toys with the poor girl’s hopes and dreams, treating Cinderella as a slave rather than an equal. In an attempt to prevent Cinderella from attending the grand ball, she locks her away with no chance of meeting her prince. Lady Tremaine successfully manages to inflict extreme suffering on Cinderella without laying a finger on her. 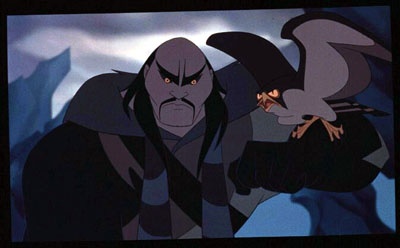 The ruthless leader of the Huns is determined to conquer China. He and his army climb over the Great Wall and invade the land to prove his superiority to the Emperor. Shan-Yu feels no hesitation when it comes to taking a life. Sometimes, for his own amusement, he kills without remorse. This is demonstrated when he asks “How many men does it take to deliver a message?” to which one of his henchmen replies “one” as he aims his arrow at one of two Chinese spies. 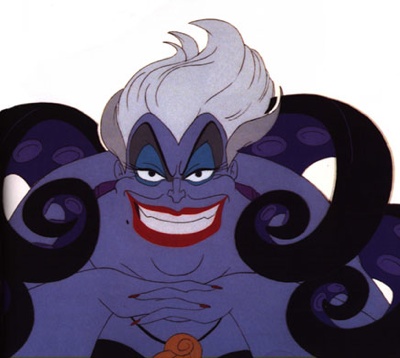 This manipulative, lip-pouting octopus has a mean hobby of collecting souls so that they can suffer in misery for the rest of their existence. She manipulates Ariel with empty promises in order to collect her soul and lure King Triton in the process. 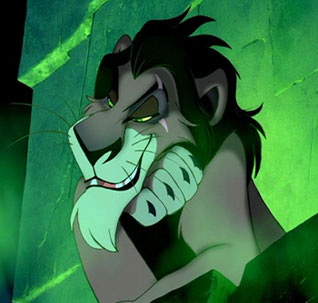 The evil brother of Mufasa will do anything to become King of the Pride Lands, even if it means killing his brother and his nephew Simba. Although he only succeeds in murdering Mufasa, he convinces his nephew that it was his fault, leaving Simba to live with the guilt of his father’s death and tells the cub to “run far away, Simba, and never come back.”

2
The Queen
Snow White and the Seven Dwarfs 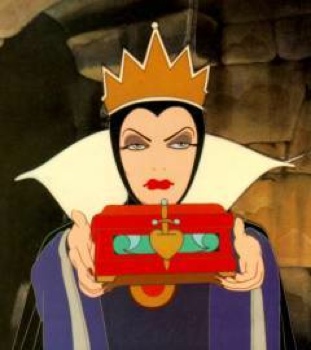 When “the fairest of them all” reaches an age where her radiance is fading, she plots to have her stepdaughter Snow White killed and demands that she have her heart to feed on. She even uses witchcraft to transform into an old lady which allows her to give a poisoned apple to a naive Snow White. 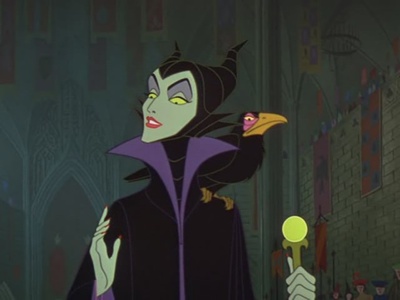 Maleficent’s evil knows no bounds as all of her insidious plans are devised out of spite. The malicious enchantress casts a spell on Aurora to ensure that “Before the sun sets on her sixteenth birthday, she shall prick her finger on the spindle of a spinning wheel and die.” With her devil-like horns, she is easily seen as the most evil villain of all. If you don’t agree, look up “maleficent” in the dictionary and the definition will be “doing evil or harm”