Once depicted as brutal, grunting, slouching sub-humans, Neanderthals are now known to have had brains as large as ours and their own distinct culture. They buried their dead, tended their sick and co-existed with our own ancestors in Europe for thousands of years before becoming extinct just as modern humans flourished and began to spread throughout the continent. This list looks at ten of the most persistent myths about Homo neanderthalensis. 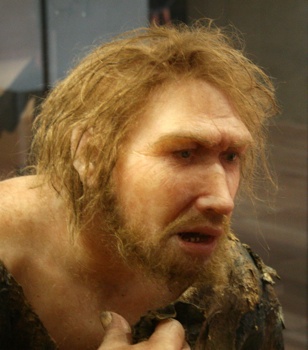 It has been long believed that Neanderthals couldn’t speak like humans – having only a basic capacity for sound in their throats, but in 1983, scientists found a Neanderthal hyoid bone at a cave in Israel (the hyoid bone is part of the vocal mechanism) which was identical to that of modern humans. This means that their capacity for speech (at least physically) is the same as our own. There is no reason to believe that they did not have at least a basic system of vocal communication. 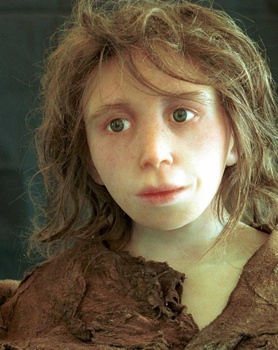 The myth: Man is descended from Neanderthals

In fact, Neanderthals and modern men existed side by side as two separate groups. Recent DNA studies have found that the Neanderthals are a distinct evolutionary line – a line which was ultimately a dead end as they all died out around 30,000 years ago. The extinction of Neanderthals was most likely caused by slightly lower birth rates and higher mortality rates, combined with an increasingly unstable climate. 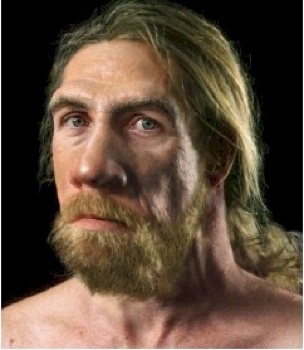 The myth: Neanderthals were hairy

There is absolutely no reason to believe that Neanderthals were any hairier than modern man. Computer models have shown that excess hair on neanderthals would have caused over-production of sweat which would have frozen on the neanderthals potentially leading to death. 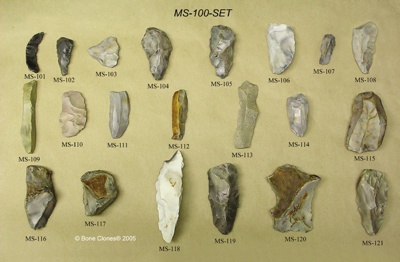 Actually the Neanderthals had many highly developed tools and weapons – such as spears for killing mammoths and stone tools. They are thought to have used tools of the Mousterian class, which were often produced using soft hammer percussion, with hammers made of materials like bones, antlers, and wood, rather than hard hammer percussion, using stone hammers. Many of these tools were very sharp. There is also good evidence that they used a lot of wood, objects which are unlikely to have been preserved until today. 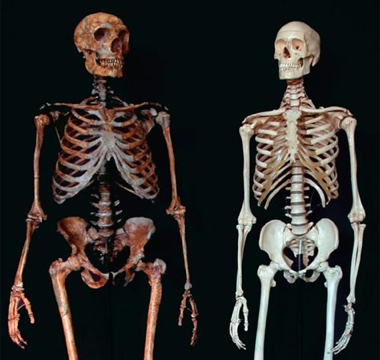 The myth: Neanderthals had bent knees and walked like chimps

This is one of those very unfortunate cases of a discovery leading to much confusion. A skeleton of a neanderthal was discovered at the start of the 20th century that had bent knees giving rise to the popular belief that all neanderthals did. In fact, it turns out the skeleton was of a Neanderthal that suffered from arthritis. Neanderthals walked upright in the same manner as modern humans; they were generally only 12–14 cm (5–6 in) shorter than modern humans, contrary to a common view of them as “very short” or “just over 5 feet”. 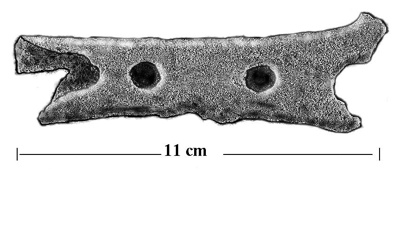 The myth: Neanderthals were savage

There is actually much evidence to show that Neanderthals cared for the sick and old in their communities. There has been fossil evidence that shows potentially life-threatening injuries which were completely healed, indicating that the Neanderthal who suffered the injuries was nursed by to health by another member of his group. There is also evidence (via fossilized musical instruments) that Neanderthals enjoyed and played music. You can listen to a clip of a Neanderthal tuba here [Source] and a Neanderthal flute here [RAM format, Source, More Info] 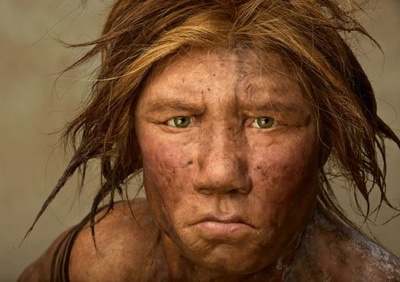 The myth: Neanderthals were ethnically equal

Because we use one term to describe all Neanderthals, we tend to think of them as a single group of people sharing identical traits and features, but it is most likely that there were different ethnicities in Neanderthals just as in humans. A recent study has determined that there were probably three racial groups within the Neanderthal family. From the study: “The conclusions of this study are consistent with existing paleoanthropological research and show that Neanderthals can be divided into at least three groups: one in western Europe, a second in the Southern area and a third in western Asia.” [from Genetic Evidence of Geographical Groups among Neanderthals] 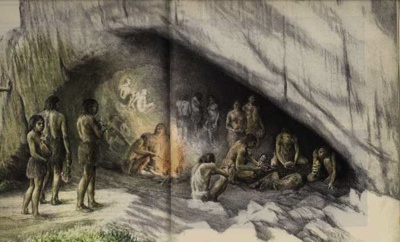 The myth: Neanderthals lived in caves

Okay – this is partially true – some Neanderthals did live in caves (hence “cavemen”), but many of them lived in huts: “Winter homes were Ice Age huts, built teepee style, from branches and mammoth bones, covered with animal skins. These huts were used for many years, so they built them carefully. Holes were dug, deeply into the ground. Poles were inserted into these holes, and then tied tightly together at the point of the teepee, at the top, with string made from animal guts. Warm furs were laid over this structure and sewn tightly in place. Large rocks were piled around the bottom, to help hold the hut together.” [Source] 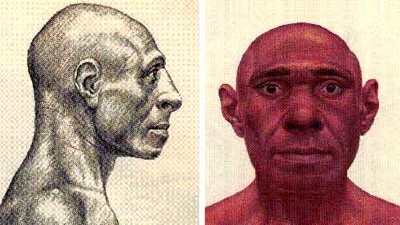 This misconception came about through poor reconstructions from largely arthritic skeletons. In 1983, Jay Matternes (a forensic artist who did much work in fleshing out skulls for homicide investigations) performed a reconstruction on a much better specimen than had been seen before. The result is in the photograph above. It clearly shows that the Neanderthals looked virtually the same as us. If you saw the man above in a suit walking down the street, you would not think anything of it. The same is true of the other reconstructed neanderthal pictures on this list. 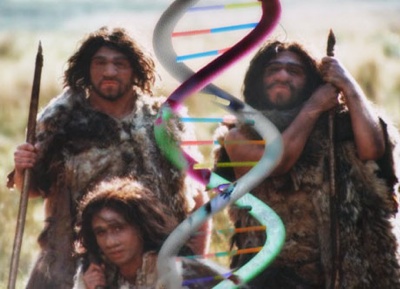 The myth: There are certain questions about the physical attributes of Neanderthals that we will never know

As of 2009, the complete Neanderthal genome has been mapped. The most important implication of this is that it now becomes technically possible to clone a Neanderthal – to raise them back from the dead so to speak. The current estimated cost of doing this is $30 million US and no one is putting up the cash. There are ethical questions that are always going to be raised regarding cloning and this is also a hindrance. But there is absolutely no reason not to believe that we will – one day – be able to give birth to and raise a Neanderthal (or at least the closest thing possible to one).