Governments all around the world have used PR to increase their clout. While most of the techniques they use are pretty straightforward, some have ventured far from the norm. We look at some bizarre publicity stunts which leaders have pulled.

10
The Production of ‘Mongol’ 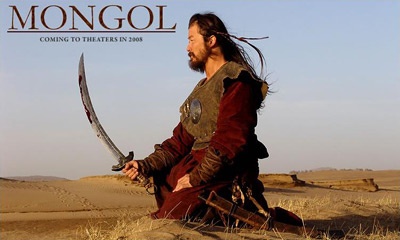 Kazakhstan had slipped the world’s attention before a certain Borat Sagdiyev gave the world an insider’s scoop of his country. Needless to say, this infused a sense of patriotism in the Kazakhs who used the same medium, albeit far more conventionally to produce ‘Mongol’, an Oscar nominated movie which depicts the life of Genghis Khan. By adopting Khan as their own, Kazakh’s created a hero with whom they could counter the liabilities that Borat had heaped on their country. The only problem was that more people watched Sacha Baron Cohen’s movie than ‘Mongol’. A lot more. 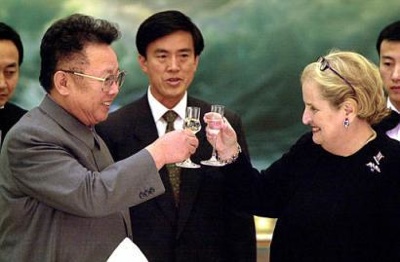 Madeline Albright was witness to a publicity stunt of gigantic proportions when she visited Kim Jong Il in Pyongyang. Kim emerged with her at a stadium spectacle where tens of thousands of placard flipping North Koreans converged to depict the testing of the Taepodong missile. He is rumored to have quipped to the then Secretary of State that the performance was a goodwill gesture with the aim of assuring America that the 1998 test would be the last ever. For all the effort of those who made the event possible, that promise was never kept and the reclusive leader returned to his old ways. 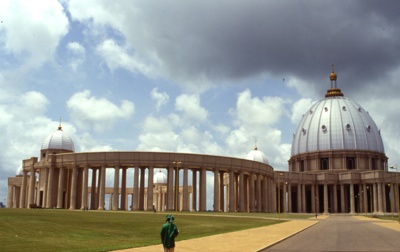 Not satisfied with the existing capital of Abidjan, Felix Boigany shifted the seat of government of the Ivory Coast to Yamoussoukro. He built the Basilica of Our Lady of Peace at a whopping cost of 300 million dollars in an effort to immortalize himself. To that end, Felix ordered a stained glass window of his image to be placed beside a gallery of stained glass depicting Jesus and the apostles. However, his people were hardly impressed as the country’s foreign debt doubled with this expenditure. 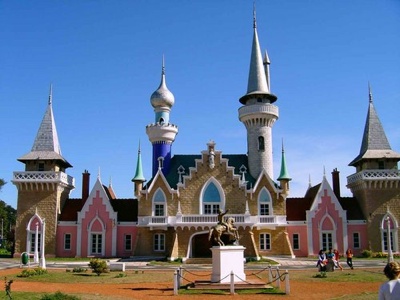 When Evita Peron died of cancer at the tender age of 33, her legacy was assured in the annals of the Argentinean folklore. Her titles included Vice President of Argentina, First Lady, Spiritual leader of the Nation of Argentina, and the founder of the Children’s Republic. Children’s Republic? The República de los Niños was a miniature city where all the buildings were scaled down to the size of a ten year old child. It included a Parliament, Palace of Justice, Government House and buildings for the forces of the army in children’s sizes so that young citizens could witness a ‘real republic.’ It was a well intentioned project but it seems she forgot that ten year old kids are more inclined to show interest in football rather than the intricacies of political life. 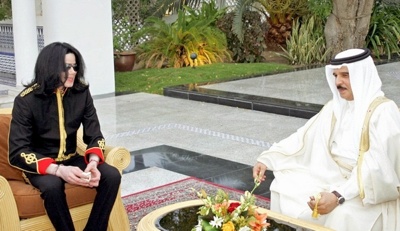 Having been acquitted of child molestation charges in 2005, Michael Jackson wanted a break. So, what did he do? He simply hopped on a plane and went to the Kingdom of Bahrain. He was received by Abdullah Hamad Al Khalifa, the crown prince who lavished him with thousands of dollars and attention, even going so far as calling the pop star ‘his brother’. However, two months later, Jackson being Jackson decided that his Middle East sojourn should come to an end. A couple of years later, the Prince sued him for seven million dollars and the ‘close personal relationship’ that he enjoyed with MJ was in the open. 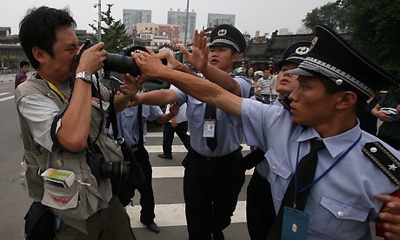 In an effort to raise the ‘cultural and ethical standards’ of Beijing before the 2008 Olympics, authorities went on a drive to root out spitting in public areas. The Beijing Capital Ethics Development Office declared spitting as the city’s number one bad habit and proceeded to impose fines on those who disregarded the law. Hundreds of uniformed “mucus monitors” were installed to patrol the streets and hand out free spitting bags to those who could not control themselves. Chinese authorities left no stone unturned in promoting their idea of the perfect Olympics, assuring prospective foreign visitors of a phlegm free games. It’s amazing what communist countries can achieve, isn’t it? 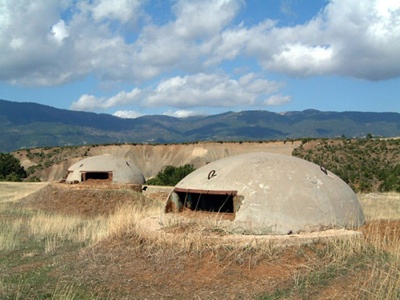 If his close relationship with Joseph Stalin was not bizarre enough, Enver Hoxha built 750,000 to 1 million bunkers to convince his fellow Albanians that the country could defend itself from foreign invasions. For a small country with a population of about one million people, these pill boxes, constructed at ‘strategic areas’ served as a psychological bulwark against the seemingly ubiquitous enemies. When Communism was toppled and the world got more access to this Eastern European nation, it became clear that Albania was not the developed nation that its leader had claimed it to be. As for the pill boxes, it was determined that it took the same amount of money to build two of them as it would take to construct a two-bedroom apartment. Now, that’s how you keep people in the dark. 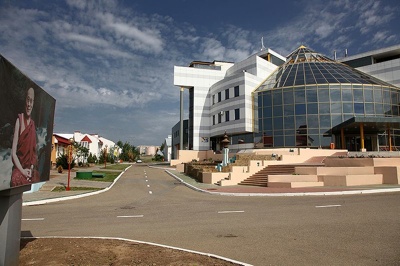 Kalmykia is a remote Republic in the South West of the Russian federation. It would have gone unnoticed were it not for its enterprising president, Kirsan Ilyumzhinov whose love for chess and acute public relations expertise has transformed the republic into an eerie example of post Soviet anachronism. Ilyumzhinov being the president of World Chess Federation took up the task of promoting chess by building a city dedicated to the sport. With a California style housing development project rising from the parched brown steppes of the capital city of Elista and a large dome like monument where chess masters practice their trade, the President has more than fulfilled his duties to the Chess governing body. However, there is one small problem. Three hundred thousand Kalmykians live in poverty and the source of funding for the construction of the Chess city is… not divulged. 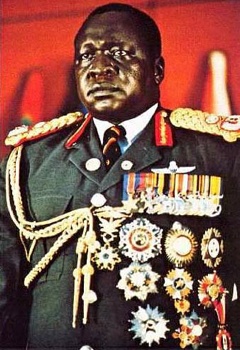 Idi Amin Dada was a character beyond comparison. His size and manners made him a cartoonist’s dream and he went out of his way to provide enough material all throughout his reign. His long train of actions including the expulsion of Asians and the nationalization of 85 British-owned companies proved to be unacceptable to the former colonizers who broke off diplomatic relationships with the eccentric General. Losing had never occurred to the Amin and he promptly conferred on himself the title of “His Excellency, President for Life, Field Marshall Al Hadji Doctor, Idi Amin Dada, VC, DSO, CBE, MC”. He might have been the Conqueror the British Empire in his own mind, but MC? Some thought it meant ‘Mental Case’. 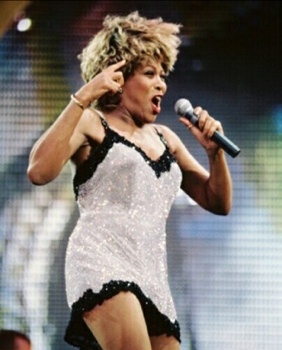 Courtesy of the South African government, Tina Turner became a white person for a brief period. Well, almost. When the apartheid government of South Africa realized the importance of Black musicians playing for Black audiences, they roped in a host of African American musicians including Clarence Carter, Curtis Mayfield, Millie Jackson and Tina Turner to perform at open air stadiums. They thought it would reiterate their position on racial segregation and proclaimed the artists as Honorary Whites which gave them access to hotels, restaurants and other facilities otherwise prohibited to ordinary Blacks. Subsequent events proved that this publicity stunt was simply an attempt to appease Black folk, but it will always be remembered for the lengths to which politicians will stoop to retain power.