A petition signed by over three million people is asking the Electoral College to change their votes from Trump to Clinton. It’s a crazy and dangerous idea—but it’s not unprecedented. We’ve done this before.

In 1824, John Quincy Adams became president even though he lost the election. It was as bad an idea then as it is now. It caused major problems, and its fallout changed American politics forever.

10President Adams Lost Both The Popular Vote And The Electoral College 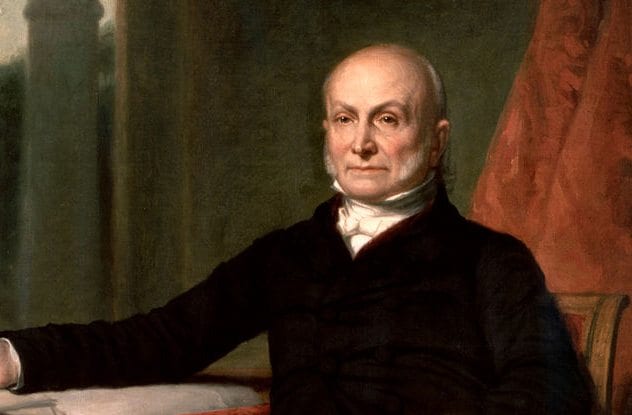 John Quincy Adams didn’t just lose the electoral vote—he lost everything. His main opponent, Andrew Jackson, won by every definition possible. He had the popular vote and the Electoral College—and he still didn’t become President.

The problem was that Jackson didn’t quite pull in the majority of the Electoral College. There were four candidates vying for the presidency, and that split up the vote enough that he fell just slightly short of half the electors. In America, that means the House of Representatives have to pick the winner of the election instead of the people. And this time, they decided to completely ignore the people. John Quincy Adams only had about two-thirds of Jackson’s votes—but they made him president anyway.

9There Were Clear Signs Of Corruption 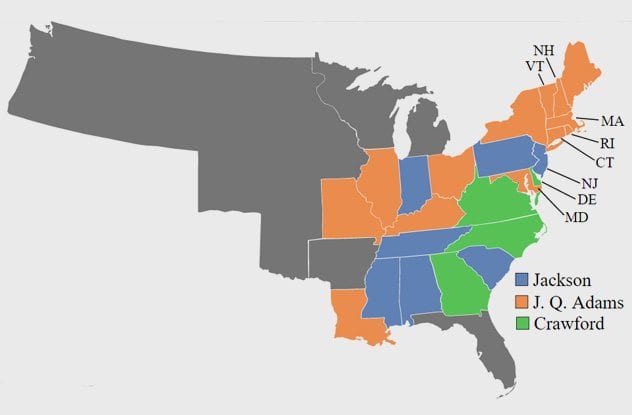 This wasn’t an accident. Andrew Jackson might have been popular with the voters, but he was not popular with the political elite. They saw him as a brutish, uneducated man, and a lot of politicians thought he was dangerous. In particular, Henry Clay absolutely loathed him.

Henry Clay was one of the four men running for presidency. Like Adams, he’d lost the vote to Jackson. Clay, though, had influence. He was the Speaker of the House of Representatives—which, as you might recall, were the people who got to decide who became president.

Clay threw all of his support behind Adams. At first, it seemed like Clay just had something against Jackson, but when Adams became president, he made Clay his secretary of state. This was more than just a cushy job—four secretaries of state had gone on to become presidents. Adams was giving Clay a nearly sure-fire path to the presidency.

Jackson was furious. He famously called it a “corrupt bargain,” believing that Adams had bought the Presidency against the will of the people—and he was probably right.

8It Divided The Democrats And The Republicans 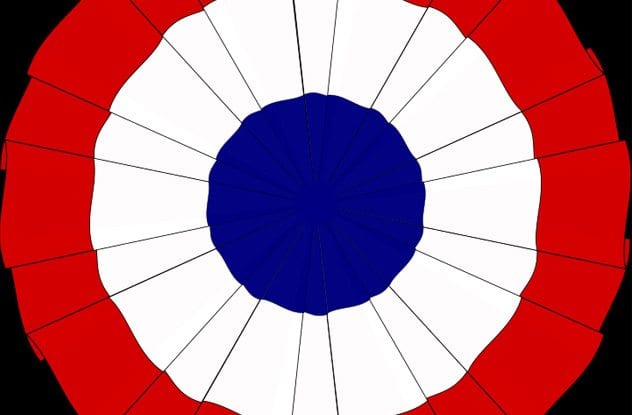 After Adams stole the election, though, that changed. Jackson was not about to stay in the same party as the people who had just robbed him. He started his own party, the Democrats—a group that is still a major American party today.

John Quincy Adams started running as a National Republican. His party didn’t get apologetic—they still hated Jackson, and they called him a “jackass.” Jackson, though, made the insult his own. He took it as his new party’s logo, which is why the democrats are represented by a donkey today.

7The Next Election Was The Dirtiest In History 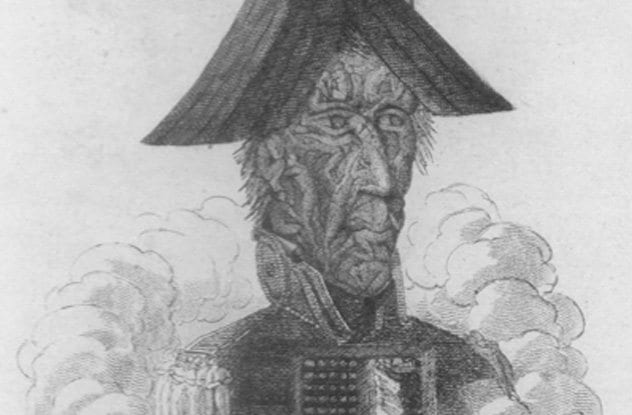 The election of 1828 has been called the dirtiest election in American history. Attack and smear ads had been used before—but never to this degree.

Jackson’s supporters spread rumors that John Quincy Adams moonlit as a pimp. In his early career, Adams had been an ambassador to Russia, and Jackson’s men decided to get it out there that just maybe the reason the Russians liked Adams so much was that he sold them women.

John Quincy Adams tried to stay out of the mudslinging, but his supporters weren’t above a little slander. They called Jackson’s mother a prostitute and spread rumors that Jackson was the bastard child she conceived with a half-black man.

It got filthy. It got dirty. It got so bad, in fact, that Adams stopped campaigning. He didn’t even want to be involved in his own election campaign.

6Southern Voters Were Treated As Uneducated 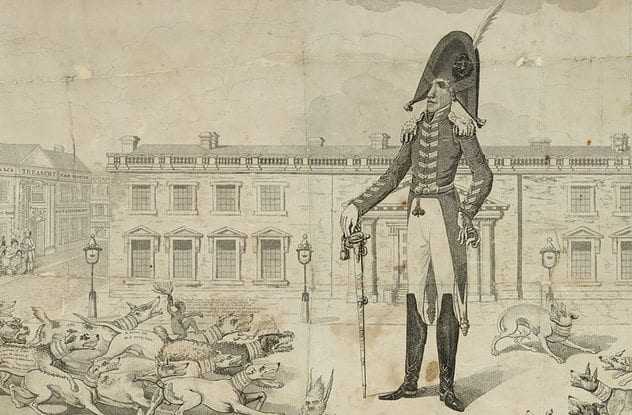 Jackson and his Southern supporters were accused of being racist and uneducated. They were angry white men without a college education—”uneducated ruffians,” as some people said.

Jackson himself was accused of being uncontrollable. He had a short temper and a history of challenging people to duels, and some people were worried that his brashness would lead to an international incident or even an unnecessary war. He was also accused of sexual indecency. Jackson didn’t have an Access Hollywood tape, but they talked about him as a sexual deviant and adulterer anyway. He was accused of stealing his wife away from her husband.

5Voters In Cities Were Criticized For Being Corrupt Elitists 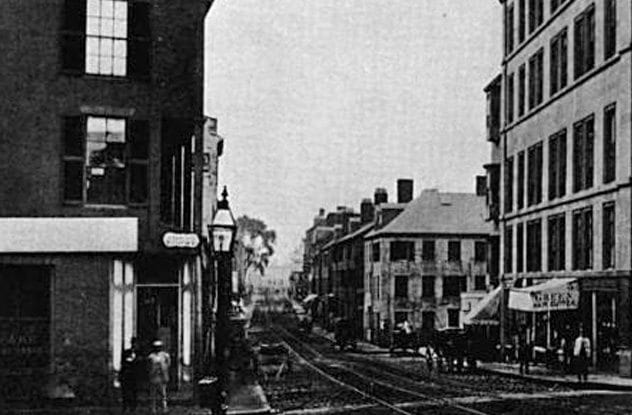 Adams was the son of a political dynasty. His father was John Adams, the second President of the United States. The idea of passing power from a father to a son struck people as a little too close to monarchy. People slandered him for what his father had done, as if this was just John Adams running for president an extra time.

He was an educated man, but that made him elitist. Adams, according to his opponents, was stiff and overly obsessed with what was correct. Jackson’s supporters would mock him, calling Adams “his excellency.”

Adams was the political elite that didn’t understand the people. He was the party of the North, tied up with the wealthy and unable to understand the needs of the rural class. He was treated, in short, as exactly the type of politician America imagines wins its urban votes today.

4Andrew Jackson Blamed His Wife’s Death On The Election 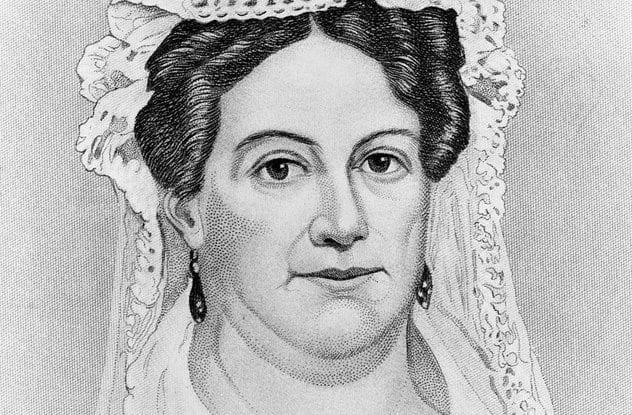 Rachel was labeled an “American Jezebel” in the press. She was a married woman when she and Andrew Jackson met. She tried to get a divorce from her husband, but he wouldn’t give it—and she married Andrew Jackson anyway. That was incredible fodder for his opponents. It meant that they could call Jackson an adulterer and his wife a bigamist.

Before a new president could be sworn in, Rachel died. In Andrew Jackson’s mind, this was not an accident—the vicious words of his opponents had been so hard on her that they had literally kill her.

“May God Almighty forgive her murders as I know she forgave them,” Jackson said. “I never can.” 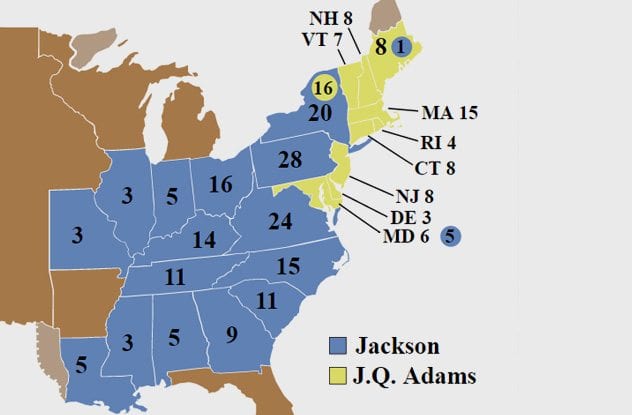 Giving Adams the presidency didn’t keep Jackson out of office. If anything, it made him stronger. Twice as many people came out to vote the second time Jackson ran for president—and he won in a landslide. He didn’t just get a majority. He more than doubled John Quincy Adams’ electoral votes.

Jackson won the 1828 election with 178 electors in his power. He got 642,553 votes.—which, to put that in perspective, is nearly twice as many votes as every candidate combined received in 1824.

Adams and Clay were afraid of what Jackson would do with power, but in the end, they gave him more of it than he ever would have had. If he’d won the 1824 election, he would struggled through the limitations of a minority government. Instead, he took the office a few years later and had a massive majority behind him. 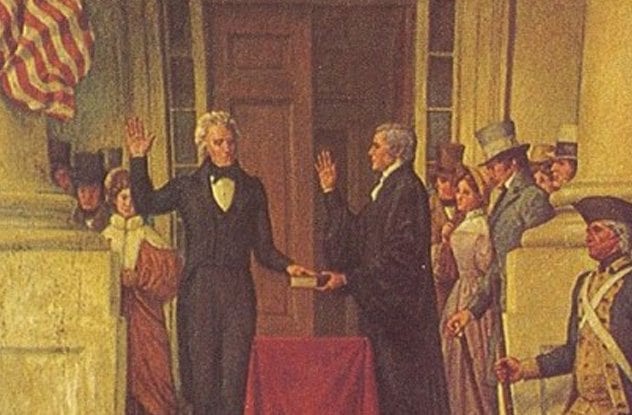 Normally, before a new president takes the office, he’s supposed to meet with the departing president, at least as a gesture of mutual respect. Jackson didn’t do it. He was too angry. He snubbed Adams completely.

Partly, the corrupt bargain made him so angry, but the death of his wife set him over the edge. “Any man who would permit a public journal, under his control, to assault the reputation of a respectable female,” Jackson wrote, “was not entitled to the respect of any honorable man.”

Adams wasn’t too upset. He didn’t want to see Jackson either. He skipped Jackson’s inauguration—making him one of only a handful of Presidents not to show up when his successor was sworn in.

1A Mob Stormed The White House 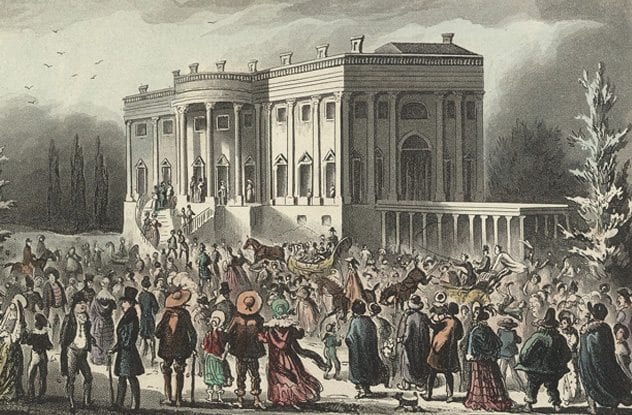 It was probably for the best that John Quincy Adams wasn’t anywhere near the White House when Jackson was sworn in. There’s a good chance he wouldn’t have survived.

After Jackson was sworn in, a crowd of 20,000 followed him to the White House. It was, in the words of a witness, “a rabble, a mob, of boys, negroes, women, children, scrambling, fighting, romping”—and those are the words of Jackson supporter.

The crowd was crazy. People were bloody by the time they got in the door. They threw a massive party in the White House, drinking heavily and breaking the decorations. They swarmed around Jackson, closing in so tightly that he was nearly suffocated.

Jackson was president—and he wasn’t a minority leader now. He was “the People’s President.” He more support and more power than he ever would have had if they’d just given him the office the first time he won it.