While I am not a gun owner, I still find it interesting that guns remain today the most common weapon used by military and civilians alike. During their long history, no one has come up with a suitable and as-popular alternative (such as a ray gun). This list looks at ten of the greatest firearms in history – and in the bonus section poses a question. 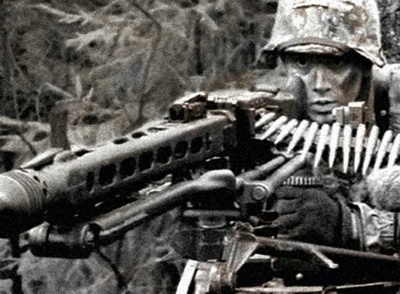 “Hitler’s Buzzsaw,” invented in 1942, is infamous around the world as the weapon used at Omaha Beach to mow Americans down, but it was used in Russia to much more brutal effect. It fired 1,200 rounds of 8mm rifle ammunition per minute, which is sufficient to cut a man in half. It was air-cooled, and could melt its barrel if fired non-stop for 5 minutes.

That’s why the Germans had several barrel at hand, and could change to a new one in only 60 seconds. 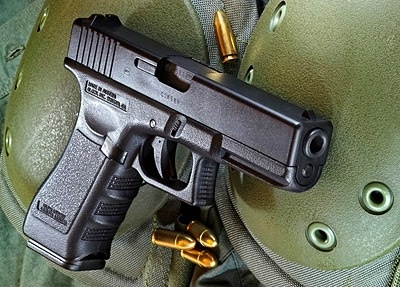 The Glock is the ultimate in modern reliability. You can pour sand down the barrel and it will shoot. It will shoot underwater. It is commonly used in 9mm, but is chambered for .40 Sig and .45 ACP among others. It is the standard law enforcement sidearm today and will continue to be for a long time. It almost never jams, is waterproof, mostly plastic. 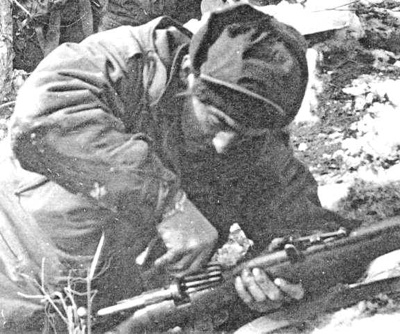 The British equivalent of the German Mauser has one trump on it, a 10 round magazine, compared to 8. The British adopted it into the army in 1895 and used it exclusively until 1957. Soldiers were drilled until they could perform “the mad minute,” firing 30 rounds in 60 seconds and hitting 30 targets. This required reloading twice, and working the bolt back and forth in less than half a second.

The rifle is accurate to 1,000 yards with open sights, and served in India (notoriously used against unarmed civilians), the Boer War, both World Wars, and many others. 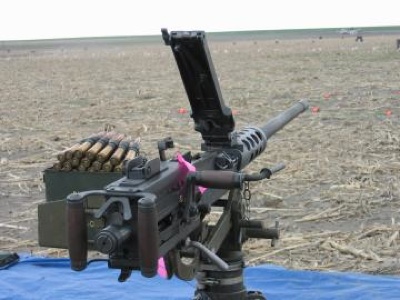 The Browning Machine Gun is chambered for the most awe-inspiring shoulder-fired cartridge to date. It is designed with one thing in mind: power tends to corrupt; absolute power is kinda sweet. The 800 grain powder load has 14,895 foot-pounds of energy at the muzzle, which is enough to put a full metal jacketed round through three approaching vehicles. It has shot down helicopters with one round.

Now imagine a belt-fed machine gun spewing a curtain of these rounds at you at 1,200 rounds per minute. Special Sabot rounds can go clean through tanks. 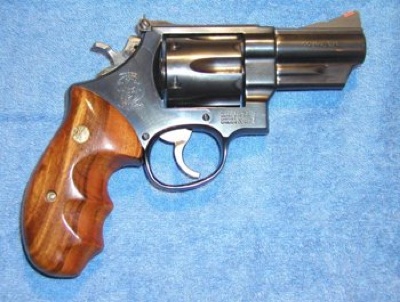 Made famous by Dirty Harry in 1971, it was invented in 1955, and is still thought of as one of the most powerful handguns in the world, though it has been eclipsed by the .500 magnum, the Desert Eagle .50 AE, the .454 Casull and a few others.

But what those other hand cannons lack is controlability and comparatively low cost. The .44 Magnum will still run you at least $800 new, which is a lot for a revolver, but very cheap compared to other magnums. You will not break your wrist shooting it, and yet it can drop Cape Buffaloes and Polar Bears. If I may be afforded one bad joke, it will make your day. Provided that you feel lucky. Punk.

The bolt action had been kicking around since at least 1824, when Paul Mauser and Co. patented the 1893 version in 7mm. It has become the benchmark, on which all bolt action rifles are based, and against which all are compared. There are three primary bolt action systems: the Lee-Enfield, the Mauser, and the Mosin-Nagant.

Of the three, the Mauser system is by far the most widespread, the most reliable, and the most battle-proven rifle mechanism the world has ever seen. The 1893 Mauser was the first, and original models still operate perfectly.

The icon of the Old West, the Colt .45 revolver was invented in 1873 and immediately caught on as extraordinarily accurate at close range, compared to the ball and cap conversions popular at the time. Its caliber was sufficient to flip a charging man backward off his feet. It can be used today to hunt deer and black bears. The larger powder loads can take down grizzly bears.

It’s as famous as the gun of Wyatt Earp, among other Old West celebrities. 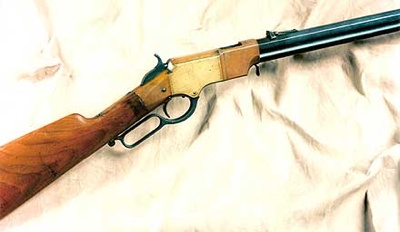 The granddaddy of all lever-action firearms. Benjamin Tyler Henry invented it in 1860, but neither the Union nor Confederacy wanted much to do with it, as they were afraid their soldiers would fire too quickly and waste ammunition. If I may use a cliched joke, “military intelligence.” Thank you.

It fired a revolutionary, self-contained cartridge in .44 caliber, with 568 foot-pounds of stopping power, more than enough to put a man down. It held 16 rounds in a tube magazine, and a good man could fire 28 rounds per minute, so much better than 3 per minute with a muzzle-loading percussion cap musket, that if either side had adopted the rifle as standard for infantry, that side would certainly have won. 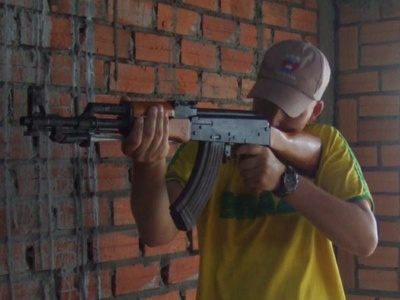 Accurate enough to do the job out to about 400 yards, which is all anyone usually needs in a battle, the AK-47 is the ultimate pinnacle in rugged reliability. It will not break down under fire unless something catastrophic happens to it. You can drive a tank over it, throw it against a wall, submerge it in sand, water, mud, and every time it will go right on firing when you pull the trigger.

I know a Vietnam veteran who was walking through triple canopy jungle one day in 1966, came across an abandoned AK-47, and couldn’t get the bolt to slide back. It was too corroded from the rain and weather. The wood was rotting off. But he put it butt first on the ground, stomped the action open, and it chambered a round, which he fired accurately at a tree 50 yards away. He stomped the action open again, and it chambered another round, which he fired accurately. 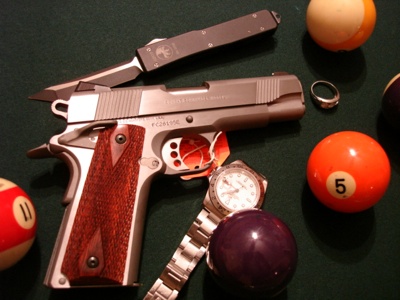 Every bit as rugged and reliable as the AK-47, this handgun was invented by John Browning for the Colt Company, in 1911, as a sidearm for American soldiers. It immediately proved itself a world beater in WWI, again in WWII, and has been a cornerstone of the American military ever since.

But its most impressive feat has been the ease with which even untrained civilians can fire it accurately, keep it in working order, and defend themselves ably with it. 7 + 1 rounds of fat, man-stopping power perfect for close-range self-defense. Soldiers have dragged it through swamps in the Pacific Theater of WWII, with their fingers on the trigger, then whipped it out of the muck and fired all 8 rounds accurately.

In the United States, everyone has the right to bear arms. As a non-American my question is: is this a fundamental human right which should be extended to all people in the world? Should all Iraqi’s have the right to bear arms? If all Chinese people had the right, would they be living under an oppressive regime today or would they have risen up and put it down?