They came from all sections of society. Some were musicians, others politicians and some others were just commuters on a bus. From a cellist in Bosnia to an Atlanta preacher via a Vietnamese monk, we select protests which have shaped the public imagination…

10
Louis Armstrong
refuses to go to the Soviet Union 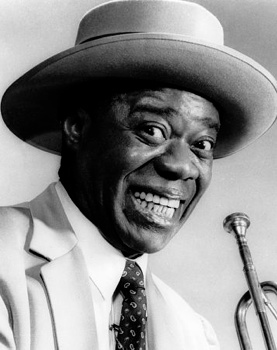 ‘The way they are treating my people in the South’, said Louis Armstrong,’ the government can go to hell.’ The virtuoso trumpeter was asked to go to the Soviet Union as a goodwill ambassador, representing the United States in an effort to showcase the truly American art form. Infuriated at the thought of being the flag bearer of a country which did not treat his people as equal citizens, (the events at Little Rock did not impress him too much, especially President Eisenhower’s apathy) smiling Satchmo refused to go. He then continued to do what he did so marvelously-bring joy to millions worldwide.

9
The Letter from Birmingham Jail 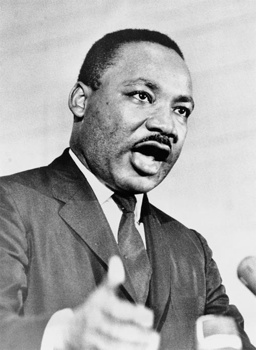 It is one of the most brilliant expressions of discontent. In a stinging rebuke of the idea that present time was not right for civil transformation, Dr King drew on his theological education and corroborated his arguments with astute political thought.   ‘Actually, time itself is neutral; it can be used either destructively or constructively. More and more I feel that the people of ill will have used time much more effectively than have the people of good will’, he said in perhaps the most important defense of nonviolent demonstration- a landmark achievement in the civil rights movement for equality and justice. 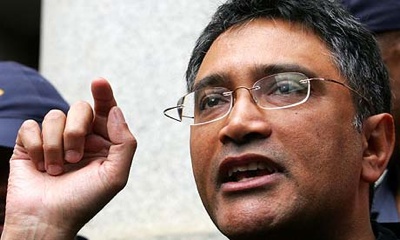 Its rather impossible to explain courage, but we know it when we see. Because if a man does not take antiretroviral injections until four million of his fellow South Africans have access to the same, it exemplifies the moral rectitude of the man. And no, we are not talking about some common cold here. Zackie Achmat, the HIV positive campaigner is said to have said about his actions:”I don’t think it’s noble, I think it’s dumb. But it’s a conscience issue. It’s not something I advocate for anyone else.” But the man is no novice at protest. At the tender age of fourteen, he tried to set his Soweto school on fire in opposition to the Apartheid government. Zackie Achmat proved that protests do not have to belong to everybody. Sometimes, a few is enough.

7
Bob Marley
sings ‘Get up, Stand Up, Stand Up for your right’ 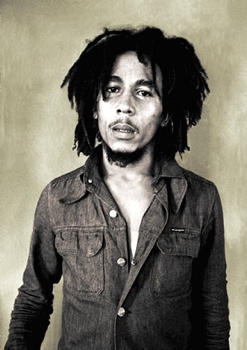 Yes, they blast it out from the chai shops in Kathmandu. Yuppies in Rhode Island and Maine can sing it verbatim and it is requested at karaoke bars in Tokyo and Nagoya, but its the universal appeal of the song-a rallying cry for all those beleaguered souls to shake off that slumber and take action against injustice that has stirred the souls of people worldwide. What was most remarkable about the dreadlocked reggae artist from Jamaica was the emotions he could engender in the hearts and minds of people by just being himself. The words were simple, but the meaning attached was as profound as ever-an antidote for pain as he later called it. Years later, Amnesty International declared it as their battle cry and it plays in the heads of students in Tehran and Beijing, sans the Jamaican twang, of course. 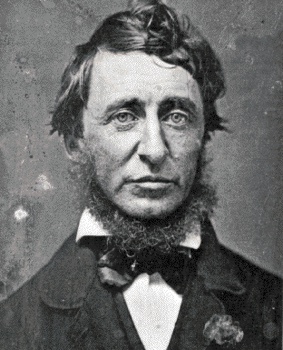 Before Dr King there was Gandhi and before Gandhi was Henry Thoreau.  “I cannot for an instant recognize that political organization as my government which is the slave’s government also”, he said in his defense for refusing to pay poll tax. And thus in Concord, Massachusetts a tool was invented which was to deliver independence to India and Pakistan, break down segregation in the United States and dismantle apartheid in South Africa. Thoreau gave voice to the idea of non conformity-the idea that every moral being by nature does not belong to a party, and thus had the power to rebel- and most importantly, on his or her own terms. 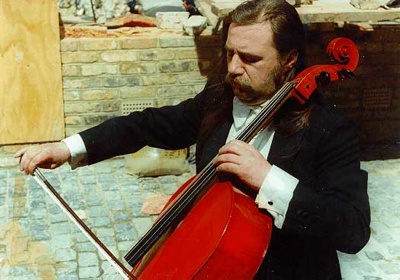 In the midst of the siege on his beloved Sarajevo,  Vedran Smailovic played his cello for 22 days-one day for each person killed when they waited for bread. The picture of this 36 year old cellist- dressed in garb suitable for a night out at the opera in the midst of rubble is as poignant as they come. No, it didn’t change the outcome of the war- Serb snipers ravaged Sarajevo incessantly for days before a ceasefire was established-but his emotional defiance was a tribute to all those nameless souls who suffer endlessly but always with dignity. 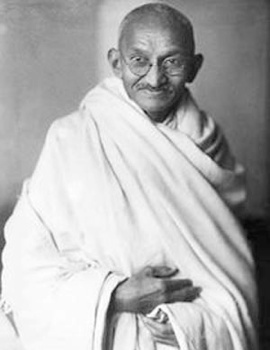 He walked for 240 miles, never wavering in the quest. Crowds followed the ‘half naked fakir’ -it was worth it if he could somehow conjure up the independence they deserved. ‘I want world sympathy in this battle of Right against Might’, he declared to the New York Times on his way to  the coast. He arrived on April 5th, 1930 at that now hallowed site of Dandi in his home state of Gujarat, raised a lump of salty mud and said, “With this, I am shaking the foundations of the British Empire.” Seventeen years later, the edifice came crashing down. 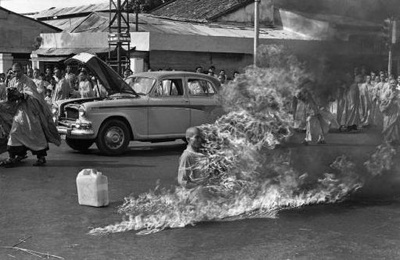 How far can one go to take a stand? Apparently, far enough to the point of self-immolation. In protest against the persecution of Buddhists by the Ngô ?ình Di?m government, Thích Qu?ng ??c immolated himself in the presence of his fellow practitioners. “I was to see that sight again, but once was enough. Flames were coming from a human being; his body was slowly withering and shriveling up, his head blackening and charring. In the air was the smell of burning human flesh; human beings burn surprisingly quickly. Behind me I could hear the sobbing of the Vietnamese who were now gathering. I was too shocked to cry, too confused to take notes or ask questions, too bewildered to even think… As he burned he never moved a muscle, never uttered a sound, his outward composure in sharp contrast to the wailing people around him”, wrote David Halberstam, on witnessing the event. JFK called it the most important news picture in history. And to think it was through the sacrifice of a simple Buddhist monk… 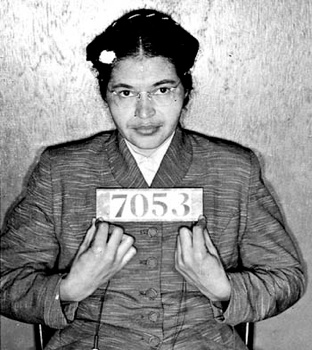 The year was 1955. Tired of giving in, Rosa Louise McCauley Parks refused to budge from her seat when asked to give it up for a white passenger on a winters day in Montgomery, Alabama. From that moment on, she was thrust into the spotlight as an example of courage and dignity and became the “Mother of the Modern-Day Civil Rights Movement.” Decorated several times during her life for the moral integrity she showed on that December day, Rosa Parks rose from simple civil servant in the NAACP to personify the ideal that all men are created equal. We are told to stand up for for our rights-the pint sized black woman did exactly that, albeit by sitting down.

1
The Tank man at Tiananmen Square 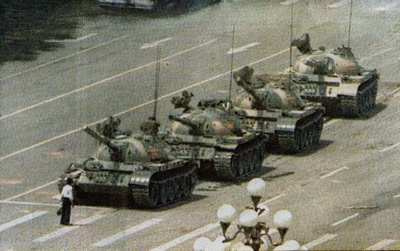 Nameless and faceless he emerged from obscurity, a single soul against the might of the Peoples Republic of China while its leaders were reviewing the crisis in the Great Hall. It is in the midst of protest that he showed the world the power of one as he maneuvered his body with the tanks and picked up an altercation with the soldier. Its the most enduring image of protest of our times-raw effrontery in the face of tyranny-a single man whose courage lasted five minutes more. Some say he came in from the villages. Others said he was a Beijing resident. It didn’t matter. He will be forever remembered as the ‘Tank man.’