Use these 10 facts (or are they officially factlets yet?) at your next party or office meeting and you’ll be guarantied an argument. People will insist that you’re wrong because, “Everyone knows…” Incidentally, I use number 2 when I teach logic to get students to discuss the nature of truth. 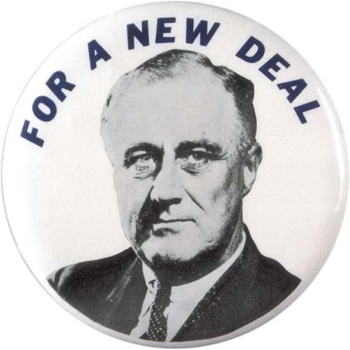 The error: Franklin Roosevelt’s “New Deal” was not built upon the ideas on John Maynard Keynes.

I put this one first since it is probably the most open to dispute.

Marriner Eccles was a prominent banker who saved his family bank from ruin when the Depression hit. It was he who told the Senate in 1933 that the key to stopping the Depression was spending. Roosevelt later rewarded Eccles with the chairmanship of the Federal Reserve and he wrote the Banking Act of 1935, a post he held for fourteen years. In honor of his work, the headquarters of the Federal Reserve is housed in the Eccles Building.

Although Keynes’ papers had been around in some form for the three years before the New Deal, the evidence indicates it was not a major influence on national economies until 1936. Keynes work during the Depression consisted primarily with unemployment as a function of savings and investments (1930) and public spending (1933). His book “General Theory of Employment, Interest and Money” did not come out until 3 years after Eccles’ testimony and the New Deal had started.

9
King Charles III… or not 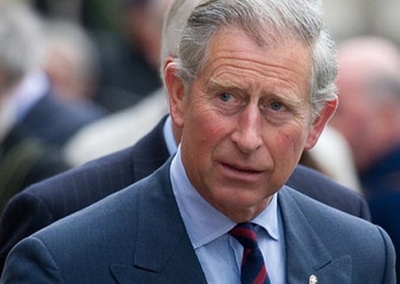 The error: Prince Charles will not be Charles III when he assumes England’s throne

It has been officially denied (imagine talking about what name you’ll have when your mum dies), but it is believed by many sources based on reports from Charles’ friends that he will take George VII as his regnal name when he assumes the throne. There are many theories as to why with the two most popular being: Charles is an unlucky name for English monarchs (Charles I was deposed and Charles II very nearly so) and that George is to honor his grandfather George VI. 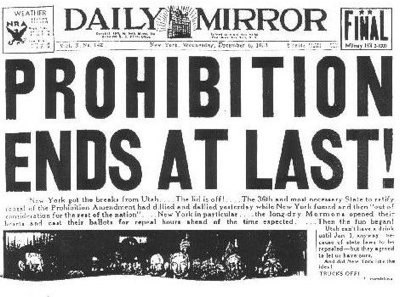 The error: The 18th Amendment to the Constitution (Prohibition) did not outlaw drinking.

Drinking alcohol was never outlawed – only making, transporting, and selling it. Liquor could legally be consumed provided it was purchased before Prohibition. If you want to get pedantic about it, the 18th Amendment did not even outlaw that. It was the Volstead Act that implemented Prohibition that made making, transporting and selling alcohol illegal. The 21st Amendment would later repeal this amendment but still make it illegal to transport alcohol in areas where it was still banned (so-called “dry counties”). 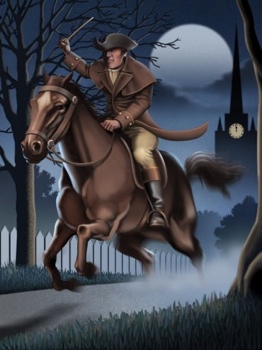 The error: Paul Revere did not ride all the way to Concord on 16 April 1775 to warn American Minutemen that the English army was invading. And Charles Dawes didn’t finish the ride either.

Dr. Joseph Warren sent Paul Revere and Charles Dawes to Concord to warn John Hancock and Samuel Adams of the invasion and soon met Dr. Samuel Prescott returning home from an evening out. All three were soon captured by the British, but Dawes and Prescott (not Revere) quickly escaped. Some say that Dawes was then thrown from his horse and had to walk back to Lexington but others claim after the escape he was lost and had to ride back to Lexington. Of the three, only Prescott finished the ride all of the way to Concord. 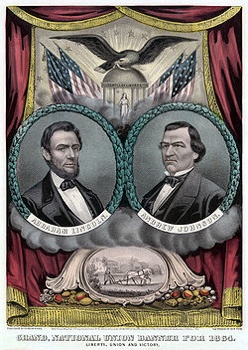 The error: Abraham Lincoln was not a Republican when he won the 1864 election.

By changing the name of his party to “National Union Party”, Lincoln was able to court Copperhead (War Democrat) voters who would never vote Republican. More than just a name change, he selected the only southern Democrat senator not to resign his seat , Andrew Johnson, to run as vice-president. Despite a convention to raise support for mid-term elections, the Republicans in the party joined the ranks of the radicals. By March of 1867, Johnson was the only Unionist in office that had not defected and it became a splinter group of the Democratic Party although ironically the Republicans kept the name of National Union Republicans for a while and consider it part of their lineage. 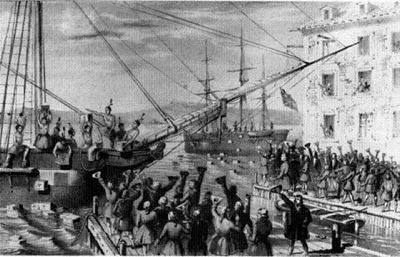 The error: American colonists did not protest the Tea Tax with the Boston Tea Party because it raised the price of tea.

The American colonists preferred Dutch tea to English tea. The English Parliament placed an embargo on Dutch tea in the colonies, so a huge smuggling profession developed. To combat this, the English government LOWERED the tax on tea so that the English tea would be price competitive with Dutch teas. The colonists (actually some colonists led by the chief smugglers) protested by dumping the tea into Boston Harbor. 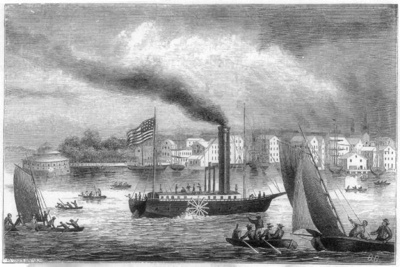 The error: Robert Fulton’s famous steamship was not named the Clermont.

All of the official records list the boat as North River Steam Boat and even Fulton called it the North River. A later biographer accidentally called it the Clermont, which was the city it was berthed at. There were other steamboats before the North River and but like many inventors, Fulton is given credit because he made the first practical one. His boat ferried passengers on the New York City/Albany run and usually took all day including an overnight stop. Two side note: the engine for the North River was built by another famous inventor who took an existing idea and made it practical – James Watt. Also, Fulton built a working submarine and called it the Nautilus. 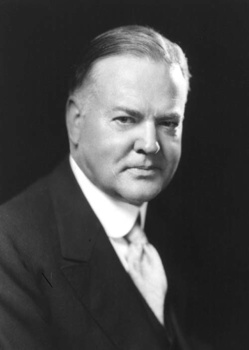 The error: The US President that dealt with the Great Depression by asking employers to reduce profits and not lower wages, promoted public works programs, and creating the Reconstruction Finance Corporation was not Franklin D. Roosevelt.

Despite the fact that he started federal programs that were the precursor of the New Deal, President Herbert Hoover never really felt that the Depression would last as long as it did. Many people felt that Hoover was uncaring of the plight of the poor; however Hoover was independently wealthy before entering politics and gave all of his government checks to charity. He believed in charity as his work in Europe during and after World War I shows and when he became Secretary of Commerce in the United States he worked to foster ties between business and government to improve service throughout the nation. Herein lies the fundamental problem that Hoover had with dealing with the Depression; when the Great Depression hit, he counted on the generosity of all Americans to help the country through and unfortunately, he was sadly mistaken.

It’s interesting to note that in Barack Obama’s current handling of the Recession, he is more like Hoover than Roosevelt including counting on banks to increase loans (which they were hesitant to do for both Hoover and Obama) and running deficit spending (it was campaigning against deficit spending that helped Roosevelt win the presidency in 1932). 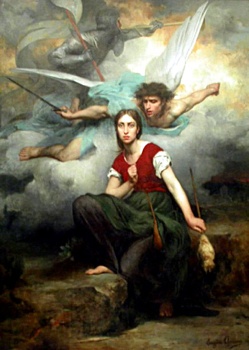 The error: Joan of Arc was not convicted of heresy.

Joan denied all of the heresy charges and she was never convicted of that crime despite the many traps the prosecution laid for her. During the trial, a prosecutor made a off-hand question and asked if it was true that she dressed like a man during battles. Seeing no harm in telling the truth, she replied yes and this was enough to seal her doom. This transvestism violated Deuteronomy 22:5 and was enough for the court to convict her of violating God’s Law and since that particular law carries a death penalty, she was burned at the stake.

Great care was made to give the appearance of a trial in accordance with canon law, but many aspects, including the official record, were fraudulent. Pope Callixtus III reopened the trail and she was exonerated and Bishop Pierre Cauchon castigated for using a religion court to settle a secular dispute. 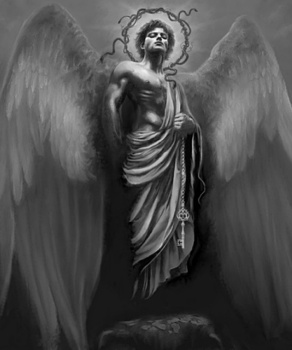 The error: In the Old Testament of The Bible, “Lucifer” does not refer to the fallen angel.

“Lucifer” (light-bearer)is a generic title referring to the morning star (Venus). As such, it has been used throughout history to refer to Satan, Christ, and others. With this in mind, Isaiah 14:12 starts out “How art thou fallen from heaven, O Lucifer, son of the morning!”. Taken as a separate verse, this appears to refer to the battle of angels – however, the PASSAGE starts at Isaiah 12:4 “Thou shalt take up this proverb against the king of Babylon” and towards the end is Isaiah 14:22 “For I will rise up against them saith the Lord of hosts, and cut of from Babylon the name, and remnant, and son, and nephew, Saith the Lord.” Thus Lucifer in the Old Testament refers to some unnamed Babylonian king.