Unlike fantasy, which had a clear genre launcher in J.R.R. Tolkien, the science fiction genre developed over the latter half of the 19th century with the works of Jules Verne and, subsequently, H.G. Wells. For the sake of a clear cut off date, however, we shall say the cut off date for novels not to be influenced by these fathers of the genre is 1864, the year in which Verne published “A Journey to the Center of the Earth.” These are the classic science fiction novels that preceded the fathers of the genre that are commonly overlooked by modern audiences. As with many of these examples, the line is blurred between fantasy and science fiction. This was written in the 8th century and there is literally no line. The story tells of a fisherman who rescues a turtle and lets it go to sea, only to find out that she was a princess and he is invited to their palace below the seas. A few days pass before he decides to return to the surface, but when he returns to his village, he is shocked to find that he is far into the future. This is an old, folkloric tale with a classic bit of mythology to it, and it also serves as the earliest example of time travel in fiction. A weird little fantasy involving the lunar eclipse and demons on the moon. What makes this science fiction, then? It began as a piece of nonfiction, defending the ideas of Earth’s rotation and our planetary relationship with the moon. How the demons became involved is beyond me. Nonetheless, this is particularly significant when one considers that it was written by Kepler, who was a key astronomer in the scientific revolution. He defined the laws of planetary motion, among other things. 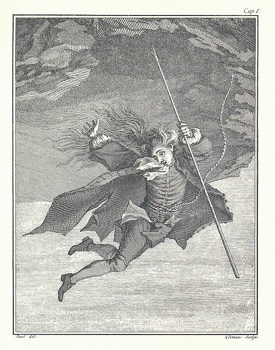 This is a strange tale of a Norwegian man who falls into space. After floating about for a while, he is attacked by a gryphon and crashes onto Nazar, the nearby planet, and climbs a tree for safety. The tree, however, is a woman, and he gets put on trial for rape. Already you should be able to tell what sort of novel this will be. From here, he begins to record the way of life of these ent-esque creatures, Potuans, before he inevitably gets kicked out and moves on to the inner rim of the planet. Basically, it is social commentary with an early example of hollow earth fiction, and it is quite a fun read. Read it online here. Mary Shelley is a big contributor to the science fiction genre, as she wrote the classic Frankenstein. This is another story of hers that details an apocalyptic future where a plague has ravaged the Earth, although the themes are – as is usual – far more symbolic than that. The novel is also notable for its semi-biographical depictions of Lord Byron (a famous Romanticist, as well as the father of her niece) and her husband, Percy Shelley. The novel has great significance for any literature fan, and it is also an early novel of the apocalyptic genre (at least in regards to science fiction, as opposed to the wrath of God). Read it online here. 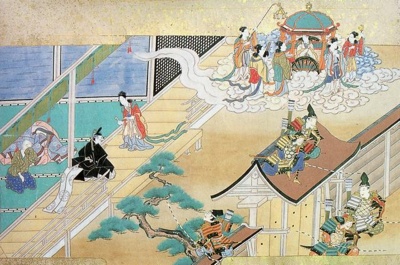 The Tale of the Bamboo Cutter, another piece from Japanese folklore, is a significant piece in Japanese literary history – being a very early example of conventional narrative, as well as a very early proto-science fiction novel. The story tells of a bamboo cutter who finds a glowing bamboo stick, and inside is a tiny baby, which he loves and raises with his wife. When she is older, though, it is discovered that she is of the moon and that she must leave her parents and the Emperor, who loved her dearly. Before she left, she gave the Emperor the elixir of life, but he instead burnt it with her note atop the tallest mountain in Japan. Legend has it that Mt. Fuji was named for the word for immortality (fushi, or fuji) due to this incident, and that the volcano is a symbol of the burning letter/elixir (Mt. Fuji is, in fact, a volcano, although it has been inactive for some time now). 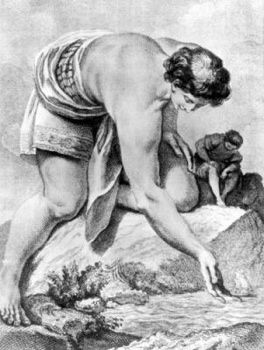 Voltaire, French philosopher and satirist of grand fame, happened to also write science fiction. Micromégas, as with most of his works, is a commentary on western culture and societal norms, here told from the point of view of an alien from a planet circling the star Sirius, and his friend from Jupiter. It is a simple application that would be repeated throughout science fiction history, and that is certainly worth mentioning. Not to mention, as with all of his works, it is hilarious (or depressing, depending on your point of view) to see how he depicts his culture, and how little, in many regards, it’s changed. Read it online here.

4
The Man in the Moone
Francis Godwin, Publication Date: 1638 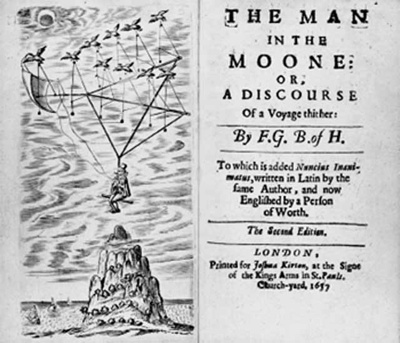 Also known as “The English Fortune Teller,” this novel is another story of travels to the moon, possibly influenced by the above mentioned Kepler work (as the two were contemporaries), though this idea is quite heavily debated amongst astronomers. The story, which some say is the first science fiction novel in the English language, details the travels of the astronaut Domingo Gonsales, who travels to the moon with a chariot of trained geese. At this point in the list, that shouldn’t seem too absurd. Aliens ensue, as is typical. Aside from being a great story in its own right, this is particularly notable due to his reference to the possibility of weightlessness in space, and the potential influence of this novel on the most classic example of pre-Verne science fiction, Gulliver’s Travels. Read it online here. 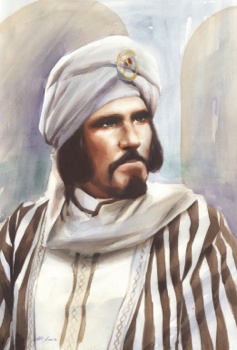 This was not just an early example of science fiction, this novel is one of the earliest examples of desert island stories, coming-of-age stories, theological stories (that is, stories that answer the deep questions usually left to discourses), and one of the earliest books published in Arabic. To top it off, the author of this novel made significant discoveries in a number of medical fields and still had the time to study history, languages, geography, Islam, and write a few books. Amazing, no? Anyway, the novel begins as you might expect from all the other descriptors, aside from science fiction. A young man on a desert island contemplating life and coming to decisions that change him forever. And then the world ends. Additionally, there are numerous references to significant advances in biology and medicine that the author made. It’s significance is profound, but it might be a bit too complicated a read without the right background for it. 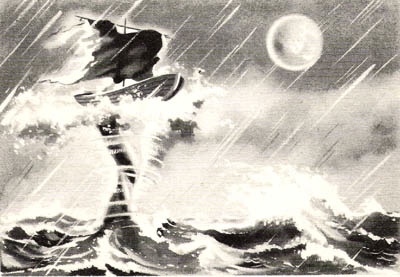 Another ‘earliest example’ of the genre, True History is a satire of the classic epics of the past, put into the stars instead of the clouds and across the seas. There are aliens, interplanetary wars, space travel, planet colonization, and what may even be an early precedent to the concept of a robot. This has all the tropes of your average B-movie sci-fi feature, yet it was written over a millennium before the invention of the telescope. Think about that. Read it online here.

1
The Description of a New World
Margaret Cavendish, Publication Date: 1666 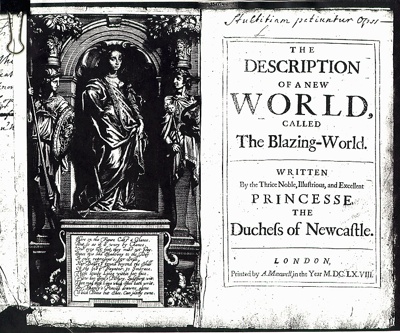 Full title: The Description of a New World, Called The Blazing-World. Blazing World is considered by a number of scholars to be the earliest example of science fiction as we would come to know it, and it is unique in that, given the century, it was written by a woman. The story follows a woman from Earth who finds this blazing world and becomes empress. This is a (satirical) utopian piece, and the world she arrives in has submarines, anthropomorphized beings, and talking animals. It is a relatively short piece of prose (by modern standards, at least), and it is truly an interesting look at the roots of the genre. It was also referenced in The League of Extraordinary Gentlemen, for those who are fans of Alan Moore. Read it online here. This novel would have been my number one, without a doubt, but it just barely missed the cut off date set for this article. Nonetheless, I believe it deserves a mention for being one of the most influential, and underrated, science fiction novels of all time. The word vril, used in the novel, was a short-lived word in the English language, and the novel itself has been linked to many a conspiracy theory involving the Nazis (due to the themes of a superior race present in the novel). All the elements of a classic, yet overlooked by many, even within the science fiction fandom. Also, Bulwer-Lytton is responsible for the clichés “It was a dark and stormy night,” and “the pen is mightier than the sword,” so you know, if nothing else, that this novel is quite quotable. Read it online here.