Reading a good book or poem is one of life’s joys, and once in a rare while a good book can change your life forever. Great literature often demands we meet the authors’ ideas on their own terms, and the experience is not always comfortable. Growth seldom is. Submitted for your review are ten literary works that demand much of the reader. Some of you may scorn the choices here, but who among us hasn’t struggled with a book or poem that failed to capture our attention? If that’s you, then congratulations. I have a near-mint copy of “Great Expectations” you can read while the rest of us go through this list. 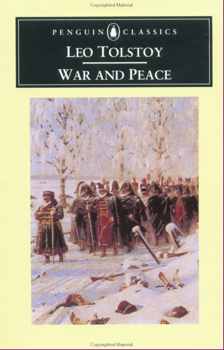 In this corner, weighing in at 2.6 lbs and 1,296 printed pages, Tolstoy’s “War and Peace”, considered by some to be the greatest novel ever written, as well as the book most people lie about having read. In fact, many people have read it just to say they did. And that’s a shame, because Tolstoy can write beautifully, either as an omniscient narrator or when writing directly from the character’s point of view. However, the book’s very title is a (deserved) punch line for overly long tomes, and that remains the primary obstacle to reading it. Similarly daunting is that the story employs no central character or storyline to really latch onto. As a result, it wanders in and out of subplots that could have been full books in their own right, and that proves highly frustrating–the reader is left feeling he has traipsed through this novel rather than read it. So then, how do you read it? Fans say it’s best to read a few chapters at a time, keep notes, rent the film, and then be sure to “do something special” to celebrate after you’ve finished it. Really? Tolstoy deserves better. 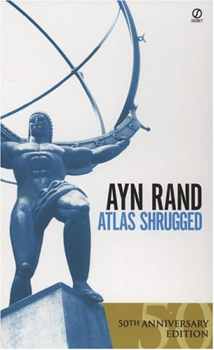 Ayn Rand’s magnum opus explores a dystopia where the productive class refuses to be exploited any further by society. As the government takes more and more control over industry (cough, General Motors, cough, AIG, cough, health care, cough), the most productive citizens simply retreat to follow a cult leader (John Galt). Their point is that any society will stop functioning if its most rational and productive are not free to pursue their own self interest. The book closely mirrored Rand’s philosophy of Objectivism, which stressed primacy of reason, individual rights, and laissez-faire economics. Liberals hated the outright rejection of socialism, while conservatives deplored the implicit atheism, though, ironically, the book can be seen as a treatise favoring Aristotelean philosophy and the concept of the existence of a God figure. So both sides competed in dismissing her work as “for teenagers” (a bit harsh), and “strident without relief” (kinda have a point there). Worse, however, are the interminable character speeches. All but the most fanatic skim or skip those entirely, and devotees recommend taking on the 1,000 page book in small doses, over a long period of time. 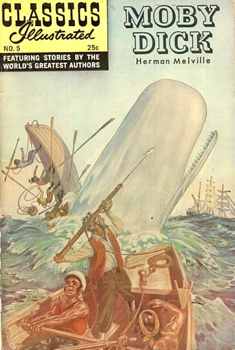 Some readers finished “Moby Dick” and joined Greenpeace, just to prevent this type of suffering from ever happening again. Not for the whales— for the readers. The prose is impossibly thick and the attention Melville lavishes on whaling techniques borders on obsessive compulsion. For a 600+ page work, the plot is graciously described as “minimal”. Some Melville fans even encourage first timers to listen to the audio book while reading. Others suggest smaller reading sessions, capped off with a Cliff Notes chaser to explain what just passed before your eyes. Privately, most readers will tell you this story could have been told with 200 fewer pages, and still be the important work it is today. 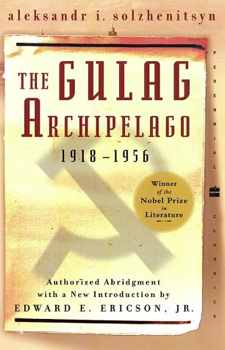 Aleksandr Solzhenitsyn’s hellish account of persecuted, imprisoned, tortured, and murdered dissidents in Stalin’s Kafkaesque forced labor camps, the Gulags, evokes my deepest sympathy. But that doesn’t forgive the pain he dishes out in “The Gulag Archipelago”. This not-quite-objective-history, not-quite-memoir, “literary investigation” weaves endless depressing narrative threads, using prose seemingly designed to punish. The palpable sense of despair and apathy comes less from the text, but from the reading thereof, and it forces most readers to abandon the fight (and that’s what it is – a fight), even when the cause is so noble. RIP, Aleksandr. 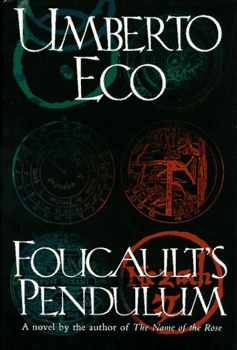 I know people who have read this book cover-to-cover and remained completely baffled, just so they could say it didn’t beat them. Umberto Eco is a learned man, and he wants you to know that he’s put in the hours at the library. He also wants you to put in the hours, too. Eco admits to being intentionally difficult, and deliberately put 200 pages of history into the “The Name of the Rose” to discourage the merely curious. He repeats this trick in “Foucault’s Pendulum”, with no effort to advance the plot or develop characters. Fans read Eco with a dictionary at hand, raving that his books are “for the strong of spirit, people with perseverance, willing to struggle in order to reach the ultimate truth that only the very few have mastered.” But “Foucault’s Pendulum” goes out of its way to make you feel like a Luddite prole, ignorant of what passed for Italian science, philosophy, and necromancy in the Middle Ages. And yes, you WILL feel like a drooling, knuckle-scraping mouth-breather until the halfway point, where Eco believes you’ve suffered enough, and hastily adds a plot so you can “achieve ultimate truth through perseverance.” Armchair psychologists will note how Cognitive Consistency rears its ugly head here. This is literary EST. This book is significantly easier to read if you have a broad foreknowledge of esotericism. 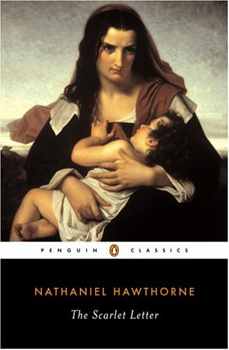 The animosity some people have for this book is startling. Nathaniel Hawthorne’s masterwork unfolds in 17th-century Puritan Boston, where its heroine, Hester Prynne, has a child out of wedlock as a result of an adulterous affair. She is caught by church elders and forced to wear a large, scarlet “A” on her clothing, as a sign of her sin. Resolute, Hester soldiers on with dignity and repentance- something in short supply in modern days. Also in short supply is any modern love for this meandering melodrama. Even its fans admit you may need a dictionary, and that you can easily get lost in the multiple pages of descriptive digressions. Hawthorne himself admitted to adding a complete chapter (“The Custom House”) only because the book was otherwise too short to print. 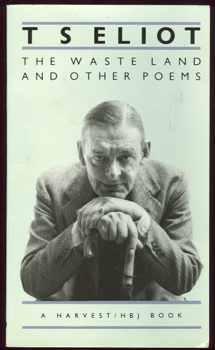 Beware any literary work where the inscrutable Ezra Pound had a hand in editing. This tremendously dense modernist poem is told in five parts and abruptly shifts between characters, time, place, and languages (English, Latin, Greek, German, and Sanskrit) with nothing more than the reader’s own erudition to make the connection between passages. Eliot is extremely well-read but isn’t trying to confuse his audience— he simply won’t compromise (beyond the less-than-instructive footnotes) to convey his meaning as directly as possible. Often he makes his point using literary allusions to authors such as Homer, Sophocles, Petronius, Virgil, Ovid, Saint Augustine of Hippo, Dante Alighieri, William Shakespeare, Edmund Spenser, Gérard de Nerval, Thomas Kyd, Geoffrey Chaucer, Thomas Middleton, John Webster, Joseph Conrad, John Milton, Andrew Marvell, Charles Baudelaire, Richard Wagner, Oliver Goldsmith, Hermann Hesse, Aldous Huxley, Paul Verlaine, Walt Whitman and even Bram Stoker. Eliot also makes extensive use of Scriptural writings including the Bible, the Book of Common Prayer, the Hindu Brihadaranyaka Upanishad, and the Buddha’s Fire Sermon, as well as cultural and anthropological studies such as Sir James Frazer’s “The Golden Bough” and Jessie Weston’s “From Ritual to Romance”. This “summer reading list” approach is highly economical, but can be maddening for the reader. Countless books and an excellent hypertext website have been written trying to wring the full meaning out of the lines. They enlighten, but only partially succeed. I will one day meet Mr. Eliot, and between hymns to our Maker I will pester him about this poem until I finally understand it (“Lucy, you have some ‘splainin’ to do!”). 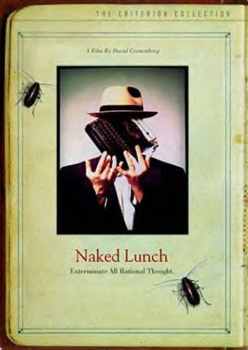 The tale of how this book came to be is far more interesting that the book itself. Burroughs (a member of the so-called beat-generation) was living in Tangiers and addicted to heroin. During his highs he poured page after page from his typewriter. He took all of this work and cut it to pieces – then re-joined the papers in random order. The resulting text was sent to his friend Allen Ginsberg (of “Howl” fame) and it was published. An obscenity trial followed, as well as outright banning in various parts of the United States due to its depiction of pedophilia and child murder. The book itself is a difficult read, as sentences seem to just end without warning and new sentences begin half-way through. It is a book that needs to be read from beginning to end to finally get an overall picture – which is bizarre, ethereal, obscene, exciting, and horrifying. It will be one of the most difficult books you have ever read, but in the end it is actually worth it. Burroughs wrote a number of other books using the same original material of Naked Lunch which continue the vignettes in the first book.

2
The Sound and the Fury
William Faulkner 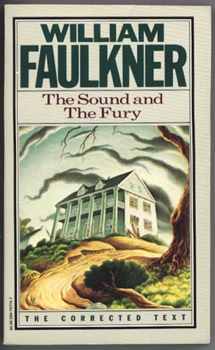 Buy The Sound and the Fury

Imagine a librarian with Alzheimer’s reading Tennessee Williams and you’re on your way to understanding “The Sound and the Fury”, which examined whether Old South ideals could survive the American civil war. Following the post-bellum demise of an aristocratic Southern family, the book’s stream of consciousness technique produced countless (and lengthy) narrative digressions that were more sensations than plot events, and that occurred without punctuation to mimic the random thought patterns of the human mind. What critics don’t say is how this results in paragraph-long sentences that get completely wrapped around the axle. One fan comments ‘you’ll need all your resources of unflagging attention, tenacious memory, and orthographic competence with dialect just to grasp the central events of the story, but even then you may be frustrated by the realization that the story isn’t the centerpiece of the book.” 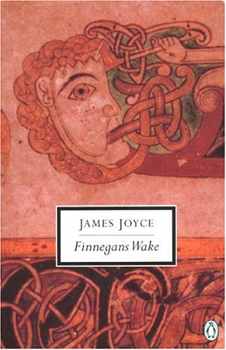 Quote “Finnegan’s Wake” in public and you risk being committed to an asylum. Internet searches on “most difficult” and “hard to read” novels unfailingly recognize “Finnegan’s Wake” as the most difficult work of fiction in the “English” language. There’s a reason for those quotation marks— in most places Joyce just made stuff up, including the language he used to write the damn thing. Chock full of neologisms, puns using neologisms, ancient slang, and portmanteau words, “Wake” is profane, sublime (to some), and alas, totally unreadable. Some scholars believe it was written as an unsolvable hoax, even as others maintain websites to help readers parse the inscrutable text.