If you’ve ever seen a copy of James Joyce’s Ulysses on a friend’s shelf, chances are they haven’t actually read it, or at the very least haven’t finished it. No judgement here—many have attempted to tackle the so-called ‘unreadable’ novel and failed, and that’s okay.

Some books are just challenging. Some are told through unreliable narrators, some have too many characters and subplots to keep track of, some ask you to wrestle with concepts that aren’t best explored through the written word, or even just make up words of their own. Some overexplain, others rely on you to have an encyclopedic knowledge before you even get past the dust cover. Some are just way longer than they need to be. Here are ten books that, for one reason or another, are pretty tough to get all the way through.

10 The Sound and the Fury by William Faulkner

Let’s start with the obvious. William Faulkner’s most famous novel is already a little unorthodox, with four different narrators taking us through a story with no real plot. What makes the book even more challenging is that it opens from the perspective of Benjy, a character with severe mental difficulties who only vaguely understands what’s happening, leaping back and forth through his own memories without letting us know when exactly we switched gears. If even the characters inside the book don’t know what’s going on, what chance do the readers have?[1] 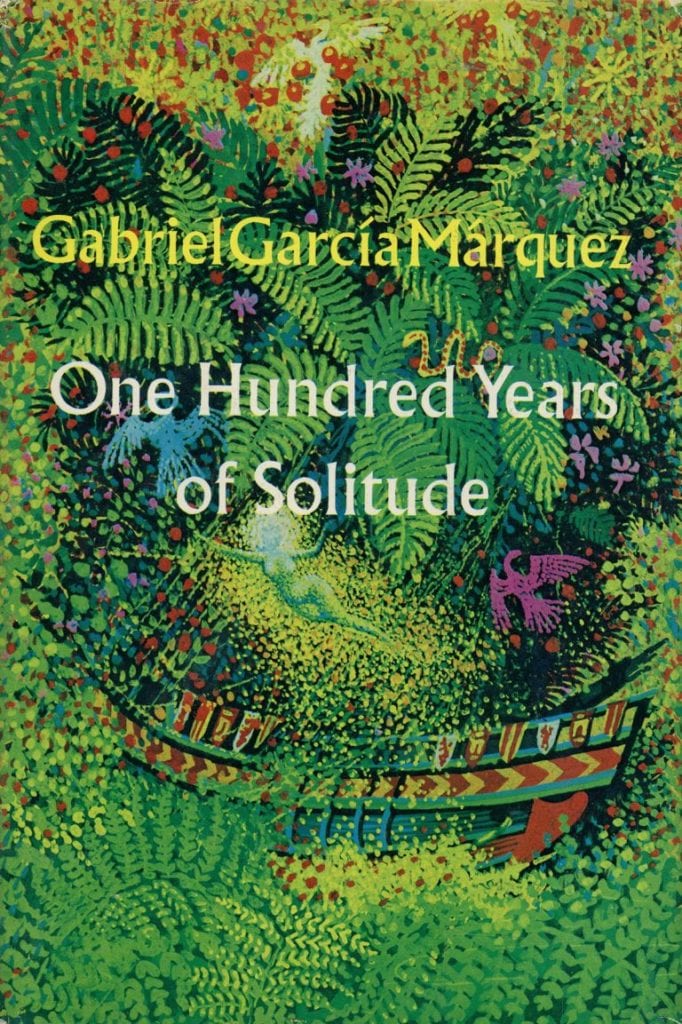 Gabriel Garcia Marquez’s tale of isolation and obsession is almost mind-bending in terms of scope. Taking us through half a dozen generations of the same family as they build their new village of Macondo, what makes this book so impossible to track is that nearly of the male members of the family have the exact same name. Sound of Fury may be hard to follow, but at least the characters have different names.

If that doesn’t make things confusing enough, the characters seem destined to repeat what is essentially the same story arc, trapped in a cycle of fortune and destitution, doomed to make the same mistakes over and over again until their village is finally destroyed by a cyclone.[2]

8 To the Lighthouse by Virginia Woolf 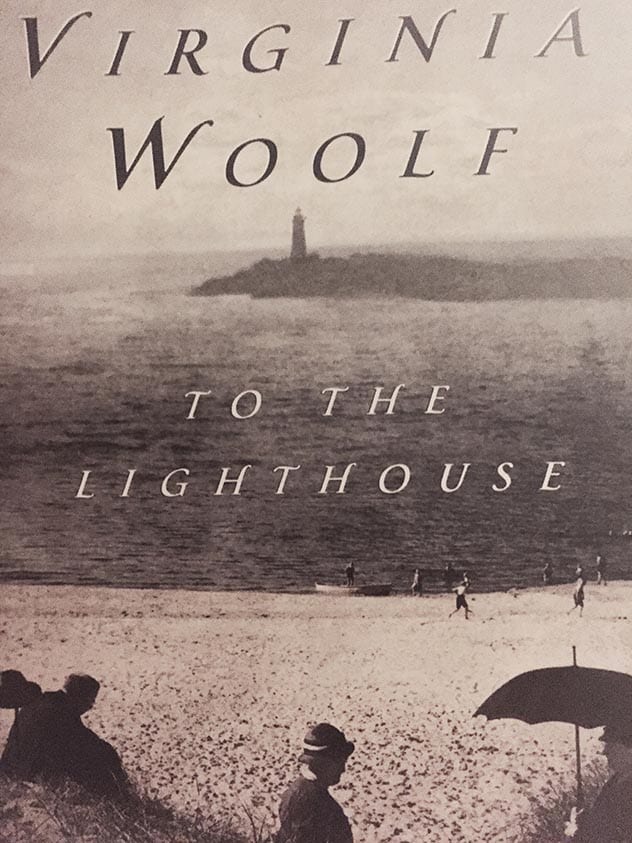 No action. No plot. Almost no dialogue. A family goes to the Isle of Skye. They want to go to the lighthouse but it rains, so they decide not to. That’s it. The rest is just brooding and philosophy. We drift in and out of characters’ thoughts, sometimes mid-sentence, and, like Sound of Fury, its not always clear exactly when the shift comes about.[3] 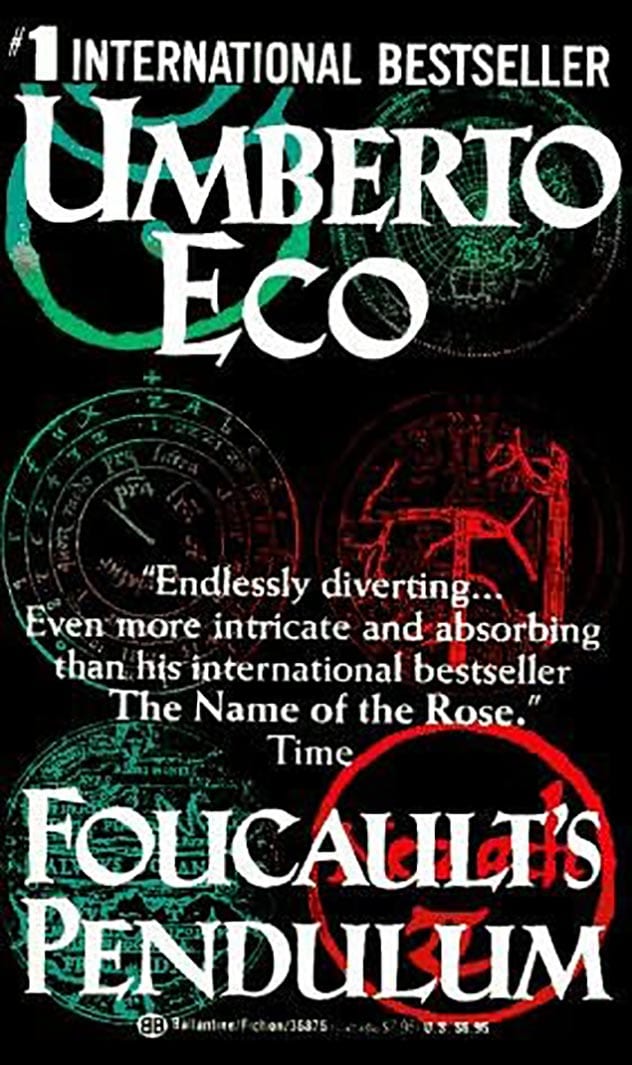 Umberto Eco’s book revolves around three publishers researching secret societies and ending up deciding to fabricate one of their own, eventually becoming so engrossed in their ‘Plan’ that they half-forget that they just made it up.

The difficulty with this book is that there is so much history, philosophy, mythology, and science in it that you keep running back and forth between other sources every five minutes to keep abreast of the plot. It’s been read as a satire of everything from postmodernism to historical revisionism. It’s essentially a book about books, which is fitting given how many you’ll have to have nearby if you want to make any sense of it.[4]

Les Misérables | Do You Hear the People Sing?

Some books aren’t daunting because of their use of form or structure, however. Some books are just long. Affectionately referred to as ‘The Brick’, Les Miserables is the epic story of Jean Valjean, an ex-convict in pre-revolutionary France who decides to rip up his parole ticket and go on the run under an assumed name.

If only it were that simple. Author Victor Hugo goes of on many a tangent throughout the book, deciding to give us the full life story of a bishop who appears a grand total of once, and a detailed description of the sewer systems of Paris. The book has over 600,000 words, but concise clearly isn’t one of them. Watch the movie instead.[5] 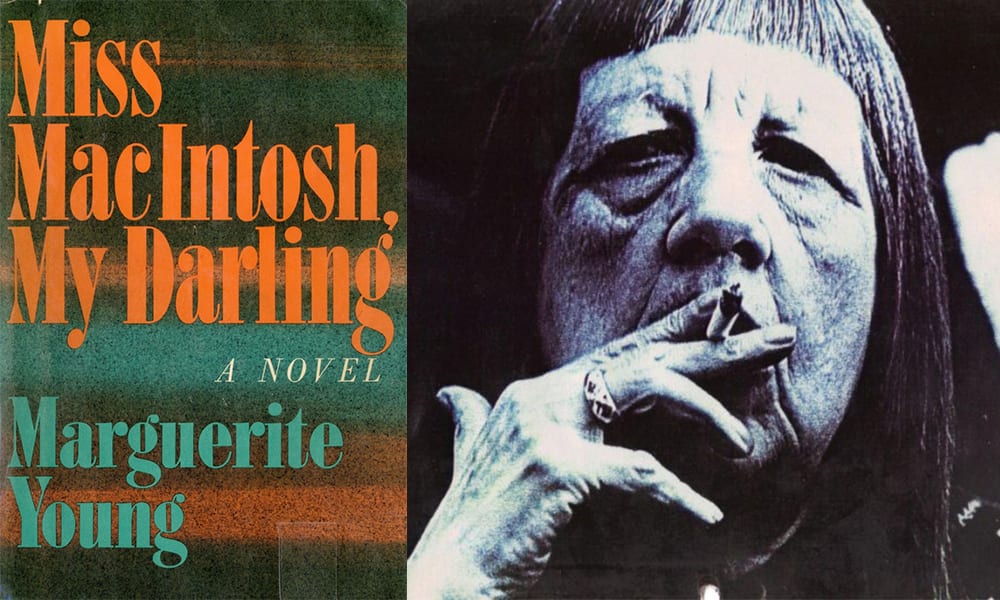 Miss Macintosh, My Darling by Marguerite Young may not be a headache like The Sound and the Fury or To the Lighthouse, but it is one of the longest books ever written. To put this in perspective, not only does Miss Macintosh boast a higher word count than Les Miserables, but Atlas Shrugged and War and Peace as well.

Marguerite Young’s story of a woman trying to find her childhood nanny took her eighteen years to write, and even she admits that if she’d known how long it was going to take, she wouldn’t have bothered. One man even went as far as giving a copy to each of his friends and promising to pay their kid’s college tuition if they managed to finish it.[6]

You thought Miss Macintosh was a challenge? Try the Mahabharata, a Sanskrit poem over double the length of Miss Macintosh and nearly three times longer than Les Mis, checking in at 1.8 million words. Equal parts religious text and dramatic retelling of an ancient Indian war, this book leaves no avenue unexplored, splashing over 100,000 couplets on a plethora of subplots, together forming a fairly comprehensive history of all of ancient Indian Hinduism. Even when characters die, we follow them through into their next lives. If you find such a text daunting, I don’t blame you. This poem is the very definition of epic. The video here is the 5 hour movie version of the tale – cut from the original 9 hour stage play. If “cultural appropriation” makes you clutch your pearls and post angry tweets, I would advice you to avoid the video.[7]

Of course, mind-boggling scope and wacky stream-of-consciousness storytelling are not the only things that makes a book hard to read. What makes Slaughterhouse Five so difficult to get through is not its scope but the sheer ambition of its subject matter. With Slaughterhouse Five (subtitled The Children’s Crusade), Kurt Vonnegut attempts to describe the indescribable, relaying the carpet-bombing of Dresden and other horrors of war through the eyes of Billy Pilgrim, whose shell shock causes him to view every moment of his life on shuffle.

What makes the book even more unpleasant is its chilling nihilism. Murder, genocide, and warfare are described with such detachment and coldness that it becomes a genuinely harrowing read. Also, the main character gets abducted and put in a human zoo by one-handed toilet-plunger aliens who don’t believe in time. (Don’t ask).[8]

2 A Clockwork Orange by Anthony Burgess

If you enjoy reading about horrific acts of violence, why not try reading about horrific acts of violence in a made-up language? A Clockwork Orange is not a long book either—less than 200 pages in fact—but the whole thing is written in Nadsat, a slang-language invented by author Anthony Burgess to stop the futuristic setting from dating. Burgess also refused to provide a glossary for the first few editions, meaning that readers had to translate an entirely made-up language on their own.

Even after you have figured out what half of the words mean, A Clockwork Orange is still tough to get through. Nadsat doesn’t do much to soften the graphic descriptions of violence, torture, and rape. The film adaptation may have a more pessimistic ending, but the book is just downright sick from start to finish.[9] 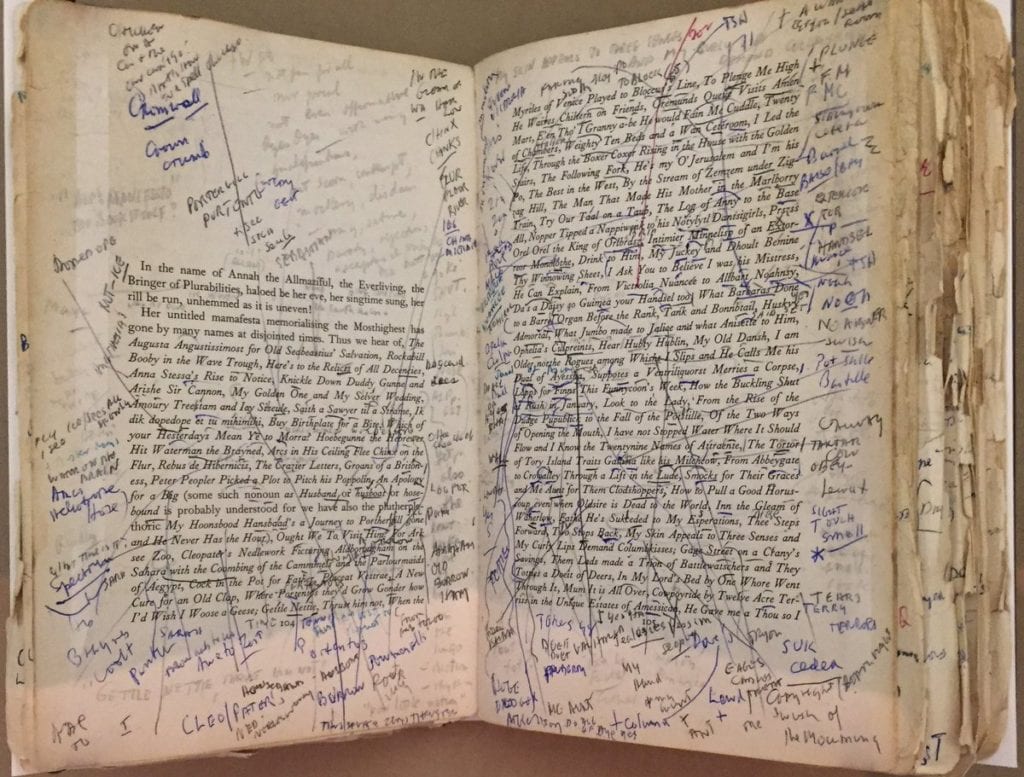 Author of similarly head-scratching works like Ulysses and Portrait of the Artist as a Young Man, Irish modernist James Joyce really outdid himself with this one. Exorbitant length, cyclical structure, experimental prose in a made-up language, nonsensical plot—if there even is one—Finnegans Wake has it all. It’s the quintessential unreadable novel.

If 100 Years of Solitude wasn’t cyclical enough for you, Finnegans Wake goes that extra step by opening midway through a sentence and closing with the beginning of it. The effect is that the whole book is a never-ending figure-8, which effectively makes it longer (and weirder) than Les Miserables, Miss Macintosh, and the Mahabharata put together.[10]

About The Author: David McCabe is a British playwright and critic. You can find him on Instagram (@davidmccabewriter) or check out his reviews on Exciting Stuff.