Language is a fascinating thing. The words we use today are drawn from, and have evolved for, today’s usage from a wide variety of sources. One source is someone’s name. An eponym is a word that has its origin in a person’s name. This list contains 10 eponyms and their fascinating origins. Be sure to add any others you know to the comments… 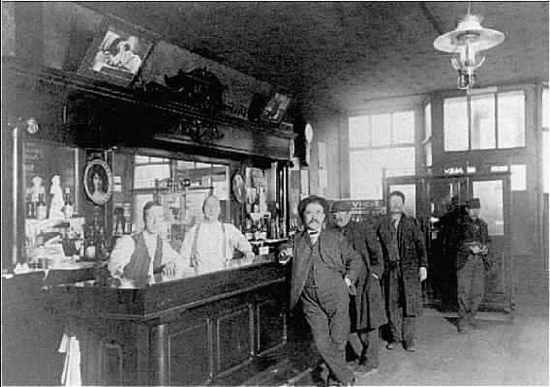 This term refers to something added to someone’s drink, without their knowledge, that is designed to intoxicate, incapacitate or, at worst, kill them. The act of “Slipping someone a mickey” is common in detective stories and spy fiction. Mickey is named after Mickey Finn, a criminal who operated in Chicago in the late 19th and early 20th century. He started off as a pickpocket whose favorite prey was the drunken patrons of the bars in South Chicago. He then became the proprietor of The Lone Star Saloon and Palm Garden Restaurant, which was where he put the technique that bears his name into practice. Finn, or one of his employees, would lace a patron’s drink with chloral hydrate. Once passed out, they would be escorted to a back room where they were then robbed and dumped into the street. When they came to, the effect of the drug left them with no memory of the events. Finn’s scam was eventually exposed and the bar was closed by authorities in 1903. 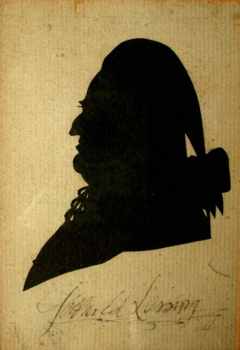 The definition of silhouette is, “an image of a person, object or scene consisting of the outline and a featureless interior”. Silhouettes are a popular artistic technique that started in the 18th century, with the outline of the subject being cut from black card. Artists that used them include Hans Christian Anderson and William Heath Robinson.
The popularity of the form has grown, and they are widely used today. Many films, especially Films Noir, have used silhouettes for artistic effect. Silhouette is also a favorite technique of modern day photography & design, and many can be seen in optical illusions. As well as art, they have many practical applications such as road signs, and are used in Jane’s manuals to depict aircraft and other vehicles. Etienne de Silhouette was a French finance minister who, in 1759, imposed harsh economic demands on the country to fix France’s credit crisis during the seven years war. Some of his measures included taxing “signs of wealth”, such as doors, and seizing, and then smelting, gold and silverware. One of his hobbies was creating paper portraits. The term was, at the time, used to mock Silhouette and referred to something cheaply done. 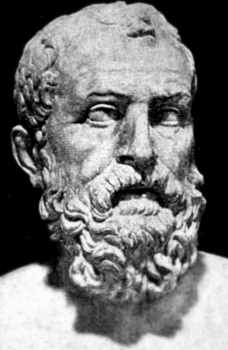 Draconian is defined as “unusually severe or cruel punishment”, but is often used nowadays to mean any sort of harsh regime or thought. It is often used in the press to refer to government policies, and is widely used in fiction. This is perhaps one of the most interesting entries. Draco was a lawmaker in Ancient Greece, who abolished the “oral law” system, and then replaced it with a written code, against which a person’s crimes would be judged in court. To ensure everyone was aware of the law, it was carved into wooden tablets and displayed for the population to see. This, arguably, laid the foundations for the system of law widely used today. So, the question is, how can a man who created a system which was fairer than the one which preceded it, have a negative word associated with him? The answer is in the laws that he created. Minor crimes that would result in a fine or a warning today, were punishable by death. 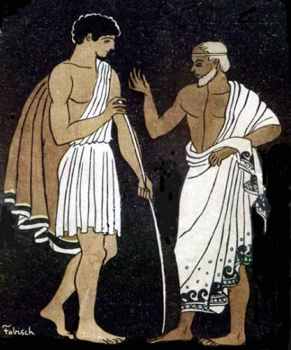 Named After: Mentor from Greek Mythology

This is another entry from Ancient Greece that has stood the test of time. A mentor is described as a “teacher or trusted counselor”. Mentoring is very common today, both on an informal basis and as a part of formal education programs. The idea of a Mentor is also very common in fiction. I am sure we have all had mentors, be they family, teachers or friends, who have guided us. In Homer’s Odyssey, the main character, Odysseus, asks Mentor to look after his son, Telemachus, when Odysseus departs for the Trojan War. The two develop a near-paternal relationship, as Mentor (and the Goddess Athena, in disguise as Mentor) helps Telemachus to overcome the difficulties he faces. 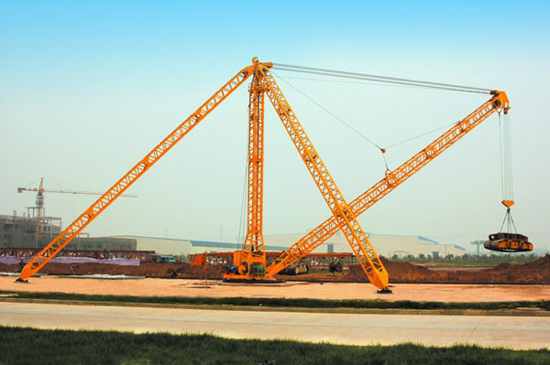 A Derrick is a lifting device designed for moving large objects. They are used widely in engineering, and are also used to drill for oil and gas reserves. Thomas Derrick was a hangman in Elizabethan England. Derrick was a convicted rapist who was facing the death penalty. In an event that could be straight out of a spy film, Derrick was offered a pardon by the Earl of Essex, if he worked for the state as an executioner. During his time as a hangman, he designed a new system with a topping lift and pulley, as opposed to the rope over a beam method. Derrick executed over 3,000 people. One of whom, rather ironically, was The Earl of Essex, the man who pardoned him. 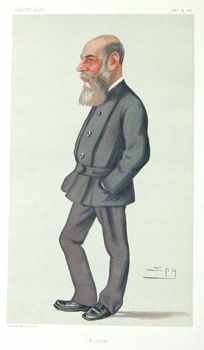 A boycott is defined as “the act of voluntarily abstaining from, using, buying or dealing with an organization or country as an expression of protest”. Boycotts are widely used today for a variety of reasons: I know (as I am sure you do, as well) people who avoid differing brands as an act of protest. At the other end of the scale, there have been examples of entire countries boycotting something: for example, the Soviet boycott of the 1984 Los Angeles Olympic Games. Charles Boycott was an English Estate Agent in Ireland. In 1880, harvests were poor and many tenants were struggling to pay their rent. One landlord, Lord Erne, offered his tenants a ten percent reduction on their rents. Some of these rejected this and demanded 25%. This was refused by Erne, and Boycott then attempted to evict some of the protestors. Instead of violence, the protestors used a new kind of resistance, isolation. The simply refused to have any dealings with Boycott. This spread throughout the area. Boycott’s workers stopped, local businesses refused to deal with him and even the postman refused to deliver to him! As well as the problems caused by isolation the extra staff that Boycott needed to draft in from other areas resulted in him losing money on that year’s harvest. 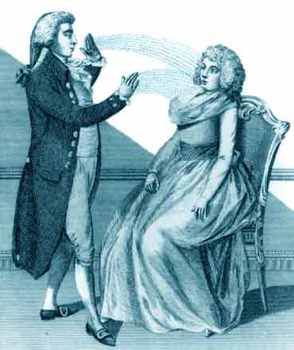 Some definitions of mesmerize are “to attract strongly, like a magnet” and “to induce hypnosis in”. The kind of feeling you have when you just cannot take your eyes from something, despite any distractions, one where the outside world seems to disappear and all focus is on that which mesmerizes. Franz Mesmer was a German physician and astrologist. He is known for a particular medical procedure where he sat with a patient, looked into their eyes and made passes in front of their face. Mesmer believed that this would remove the barriers in our body and allow the free-flow of the processes of life. This procedure was later developed, by others, into the complex hypnosis procedures practiced today. Mesmer was highly criticized at the time for his procedures, mainly due to the lack of scientific evidence to support them. Disclaimer: Hypnosis is still a highly controversial area today. Some people think of it as a pseudoscience and some people swear by it. Personally, I am a sceptic but this article in no way wishes to provoke anyone. 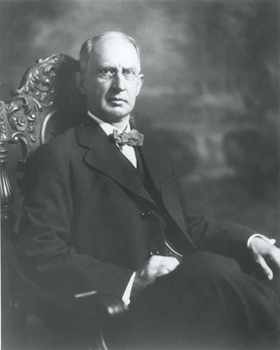 William Henry Hoover was an American businessman who, in 1908, bought the patent to a model of vacuum cleaner designed by janitor, and friend, James Spangler. The company became the leading manufacturer of vacuum cleaners in the 20th century, and they are known for introducing a number of innovations to the market. Hoover was also known for his community spirit. He was a great philanthropist, using much of his wealth to improve the lives of his workers and others around Ohio, where his company was based. For example, he donated some of his land for a community centre, was instrumental in establishing railway lines in Ohio and served as president of the Goodwill Mission. He was nicknamed “boss” by his employees who held him in high esteem for the way he treated them. During the depression, Hoover held over $100,000 of home down payments for his employees and was known to personally visit sick employees. 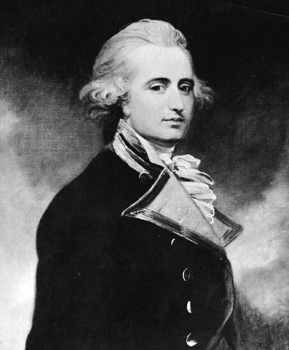 Although the act of eating bread with other foods dates back to prehistoric times, the modern sandwich was named after John Montagu. The exact circumstances for the naming is still a matter of debate, with 2 main hypothesizes being argued. The most popular one is that he asked his servants to bring him pieces of meat between slices of bread during long card games so the cards would not get damaged by the grease. The other is that, due to Montagu’s commitments as a statesmen, he needed a quick and easy meal which could be eaten at his desk, a concept that’s common today.

Whichever story is correct, I am sure that he had no idea that what is now one of the most popular, versatile and enduring meals would bear his name. Over 1.69 billion sandwiches were bought in the UK last year. There is even a British Sandwich Association. As well as the eponymous sandwich, Montagu was a very important British statesman, who held many positions of high office in the armed forces and the government. He was an astute politician and an excellent diplomat. He served as First Lord of the Admiralty 3 times, and was also Secretary of State for the North of England. He was a big supporter of exploration, and helped to fund Captain James Cook’s voyages. This led to the Sandwich Islands (now Hawaii), the South Sandwich Islands and Montagu Island, in Alaska, bearing his name. 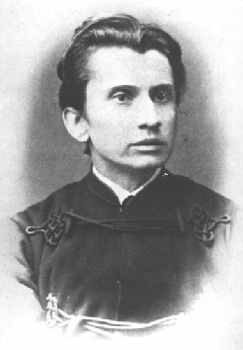 Ok, I decided to leave this one till the end, not because I enjoy either of these acts personally, but because it is a fascinating example of the nature of eponyms and language. Two opposite ends of a scale, named after two totally unrelated men. The terms are widely used today and have medical, as well as social, applications. The Marquis de Sade (1740-1814) was a French revolutionary, aristocrat and author. He believed in extreme freedom from law, religion and morality. His books were full of sexual fantasies, with an emphasis on violence. This was highly controversial in its time, and Sade spent half his life in various asylums, where many of his works were written. Sade was also accused of various sexual crimes including violence, false imprisonment of prostitutes, sodomy and spiking people’s drinks so to gain sex from them (see number 10).

Conversely, Leopold von Sacher Masoch (1836-1895) was a harmless Austrian author and journalist. He was a utopian idealist whose writings contained many humanist and socialist ideas. Many of his works are, sadly, not translated into English. Some of his writing, including his best known work, Venus in Furs, described someone voluntarily receiving pain and humiliation from a sexual partner. Masoch believed this led to a state called “suprasensuality”. It is not known to what extent Masoch took part in these practices in real life, but there is some evidence that he did, including making himself a slave to one of his girlfriends for a period of six months. Masoch did this not for any sinister reason, but because he was a ultra-romantic who believed that the submission of a man in a male dominated society was an act of love.