Nigger. Perhaps no other word in history has developed such a strong sense of taboo (at least in the United States). It is so loathed these days that even random and unrelated words have been deemed racist for merely sounding like it. These words vary from regular words found in dictionaries to names of places, plants and commercial enterprises.

Every word and name here has a distinct origin from the n-word and yet, they all somehow got caught up in what we could consider the human equivalent of misidentification. We are now told we had better learn to avoid using such words or learn their correct pronunciations (in the case of names), lest we find ourselves in the middle of some negative controversy or, worse still, the latest target of cancel culture. 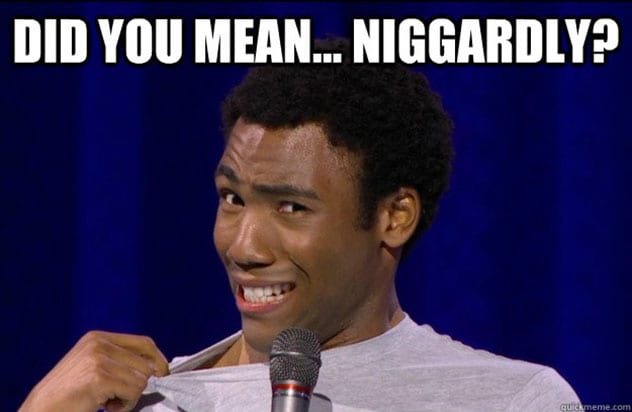 Niggardly is one of the most non-racist word a person could ever use. It means stingy or miserly. Unfortunately, that meaning has been eroded by its first six letters, which bear a strong resemblance to the n-word even though both are unrelated. Little wonder the use of niggardly has always sparked outrage.

Even Democratic Senator Bernie Sanders was recently caught in the crossfire after a video emerged of him using the word sometime in 1986 when he was still the mayor of Burlington, Vermont. In the footage, he said, “I am not going to be niggardly about funding for daycare.”

Bernie Sanders is just one of the several elected officials and government employees who have gotten into problems over the use of the word. Senator Sherrod Brown (D-Ohio), also caused a controversy when he used the word during a debate about veteran spending in 2012.

In 2009, a teacher in Ukiah, California was forced to resign amidst racism accusations, after using the word during negotiations with officials of his school district. He had accused the district office of being “negative and niggardly.” The district superintendent, Lois Nash, who was involved in the negotiations, was black.

Seven years earlier, in 2002, another teacher in North Carolina received a reprimand after using the word in class. An African-American student in the class had gotten offended, prompting the uproar. The teacher was pressured to apologize over accusations “of not being sensitive to the diverse school population.”

The worst of all was David Howard, who was an aide to Anthony Williams, the Mayor of Washington DC until 1999, when he was forced to apologize and resign after using the word. The uninformed mayor quickly accepted his apology after mistaking the word for a racist one.

The Howard incident was so controversial (and unique at the time) that Julian Bond, the Chairman of the National Association for the Advancement of Colored People (NAACP) condemned Howard’s critics saying:

“You hate to think you have to censor your language to meet other people’s lack of understanding. David Howard should not have quit. Mayor Williams should bring him back—and order dictionaries issued to all staff who need them.”

Mayor Williams later rehired Howard after realizing the word was not racist. 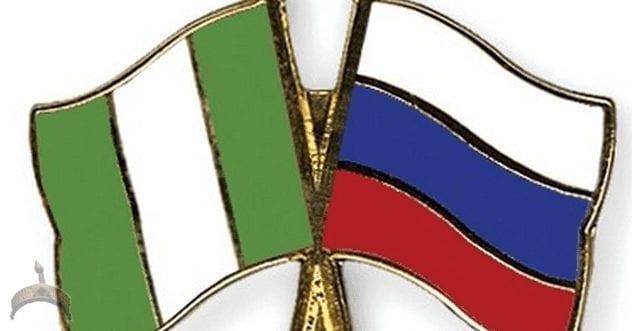 In 2009, Nigeria’s state oil company, NNPC, revealed it had entered into a joint venture with the Russian government majority-owned gas company, Gazprom, to build refineries, gas pipelines and power stations in Nigeria. They called the partnership Nigaz.

The name had no racial undertone. Nigaz is from the first two letters of Nigeria and the first three of Gazprom. It does not even share the same pronunciation with the n-word. It is pronounced “nye-gaz.”

Nevertheless, the name caused an uproar in Nigeria, an African nation with a predominantly black population. Several Nigerians asked for the joint venture to be renamed. Some even set up a Facebook group called “Nigerians No Nigaz.”

However, some Nigerians remained undisturbed by the name. When asked what he thought about the joint venture, an unnamed Nigerian man said “White people are making too much of this. As long as the Russians pay us, they can call it what they like.” 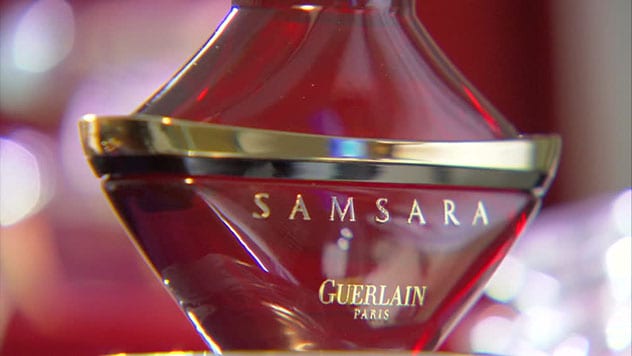 Negro and negre are two French words for black people. However, the American term “Negro” is very different from the French term “Negro”. While the word has negative connotations in both nations, it is worse in French. Some Americans tolerate the use (particularly in a historical context) of Negro. The French do not. The French “Negro” is the American equivalent of “nigger”.

However, the French still tolerate the use of negre, which even pops up in regular conversations. Think of the French negre as what Americans mean when they say a person is colored. The French negre also doubles as a slang word for a ghostwriter. It is even common for white French writers to describe themselves as negres.

Negre first appeared as an alternate word for ghostwriter in the 1700s when writers used it to denote the fact that they were working for someone else. Curiously, the same writers that freely use negre in their writings and conversations are often surprised when they read early American literatures where blacks were called Negroes.

The difference between the American and French Negros and the use of negre in France has sometimes led to controversies. Such as in 2010 when French cosmetic millionaire, Jean-Paul Guerlain, said he “worked like a negre” to develop his successful Samsara perfume, on live television.

No one complained about the statement until newscaster, Audrey Pulvar, who was born and raised in Martinique, a French overseas island in the Caribbean, called the cosmetic giant a racist. Protesters soon showed up outside Guerlain’s flagship boutique and called for a boycott of his products. He was fired and, after more than a century of existence, the famed perfume house no longer had a perfumer from the Guerlain family working for it. 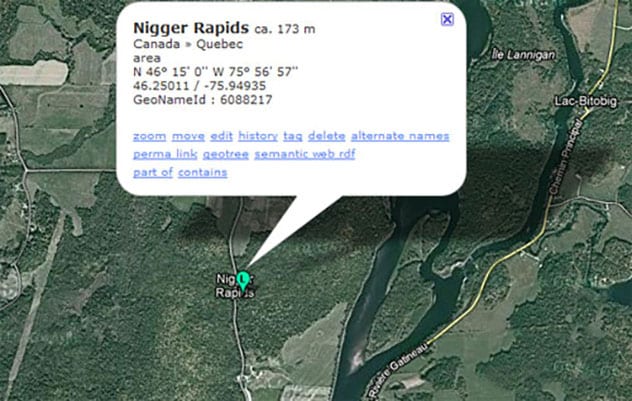 Nigger rapids is a rapid (the fast-flowing part of a river) along the Gatineau river in the town of Bouchette, Quebec, Canada. Bouchette is fairly known in Canada. It is not even included in maps. However, the town and river did make the news few years ago when people realized the name of the rapids that ran through it contained the taboo word.

This is plausible considering sawmills used to have an equipment that shares a name with the n-word. However, according to official government records, the name first appeared in 1912 when Reverend father Joseph Guinard found the remains of two black people along the river. He buried them along the rapid and named it after them in remembrance.

Whichever is true, we would agree that the name of the rapids has no racist undertone. However, that changed nothing when people called for a change of name over concerns that it was offensive. Not everyone wanted the name changed though. Others said the name should be left alone because it reflected the history of the town. 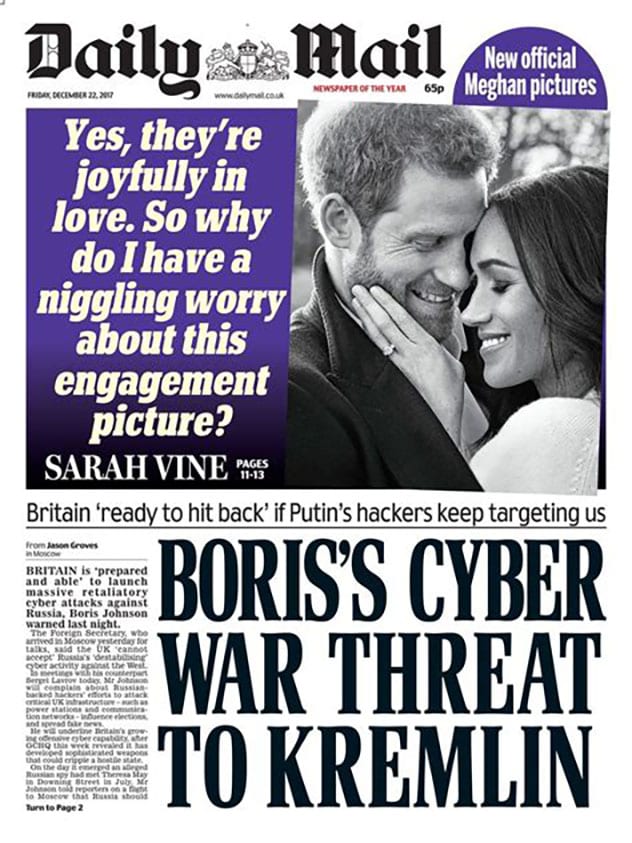 In 2017, the Daily Mail was accused of racism over a front-page editorial about Prince Harry’s engagement to Meghan Markle. The tabloid used a photo of the couple on its front-page and included the headline “Yes, they joyfully in love. So why do I have a niggling worry about this engagement picture?”

Niggling is the word here. It has no relationship with the n-word even though it could sound like the n-word if pronounced in some way. Niggling is from niggle, which refers to a continuous annoyance, concern or discomfort a person feels. 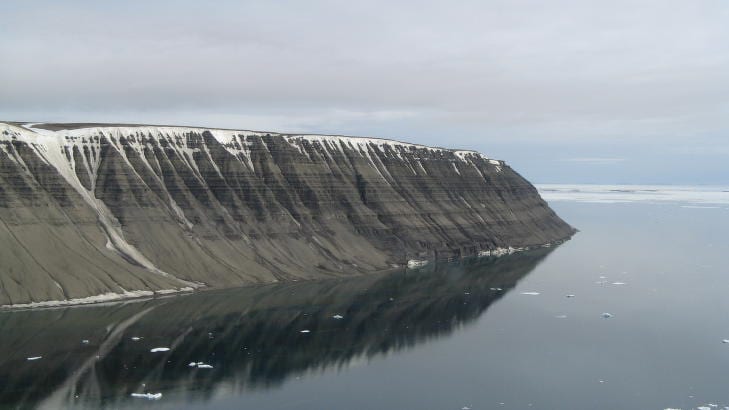 Negerfjellet (pictured), Negerdalen and Negerpynten are three words you will only hear in Norway. They actually refer to the names of a mountain, valley and headland in that order. The names sound unremarkable to regular English speakers until you realize that “Neger” means Negro.

Like every other word on this list, the names do not have racist origins. The mountain got its name from the black rocks surrounding it. The headland, Negerpynten, which means “Negro point” in English, was named after the massive amounts of black stones in the area.

The names did generate some mild controversy in Norway few years ago when some people requested for the renaming of the geological features. Rune Berglund of the Antiracist Center in Norway said the names were derogatory. The Norwegian Polar Institute, which is responsible for naming geographical locations in Norway, later said the names would remain. 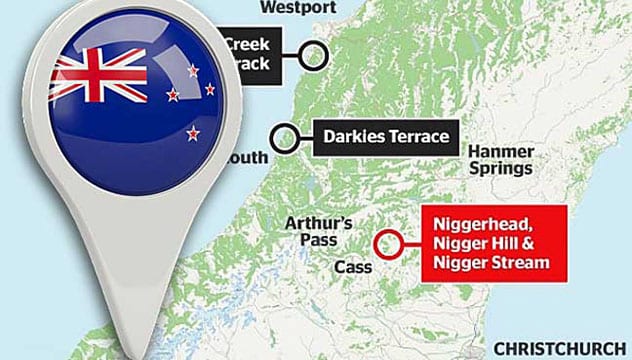 In 2016, New Zealand renamed two hills and a stream over concerns that their names were offensive. Niggerhead hill was renamed Tawhai hill, Nigger hill got the name, Kanuka hill and Nigger stream was renamed Pukio stream. All new names were from the native Maori language.

How the areas got their initial names remain unclear. However, records indicate they were named after the carex secta, a specie of grass native to New Zealand. The grass is also called the niggerhead and grows around all three geographical features.

Commenting on the incident, New Zealand land information minister, Louise Upston, said the new names were necessary because the old names were offensive. She added that the names were not in lines with the vision of the country. 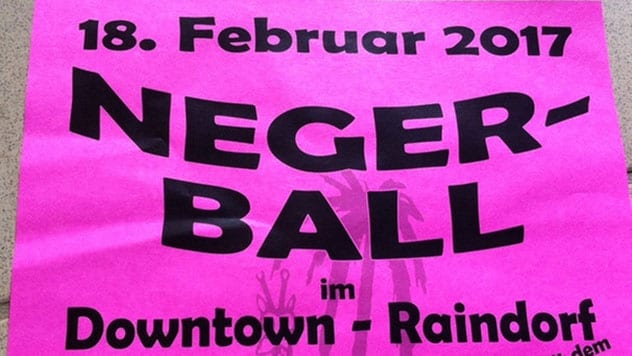 Every year, the village of Raindorf in the German state of Bavaria organizes a charity ball called Negerball. The proceeds of the fundraiser is then donated to lifesaving projects in underdeveloped African nations. The event has been organized for over four decades and was called “Young People Dance for Africa” before it was renamed.

You will agree that the ball is the probably most un-racist thing you could ever imagine until you realize that the new name, Negerball actually means Negro ball or nigger ball in English. This is even though the name has no racist undertone.

The name generated a controversy in 2017 when the organizer, KiRiKi, created a Facebook page for the event. Someone took offense and reported the page to Facebook, which promptly took it down over concerns that it was racist. The removal was followed by an uproar by supporters of the event.

The Negerball controversy is considered a perfect illustration of the difference between regular German and the Bavarian dialect of German. Both Germans and Bavarians consider nigger outright racist. However, Germans consider Negro offensive but not necessarily racist while Bavarians see it as just another word for black people. 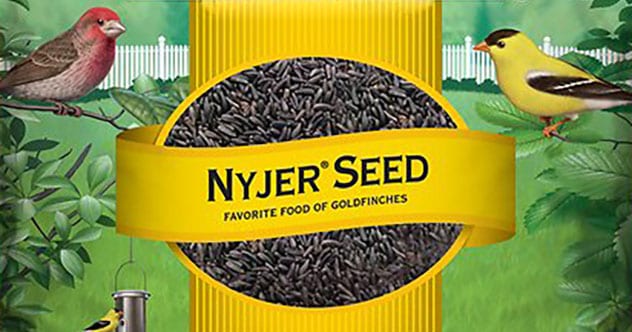 The African yellow daisy, Guizotia abyssinica, is a small, black and exotic birdseed. It is very important to American bird keepers since some birds would eat nothing else. However, it is native to Africa and parts of Asia, from where it is exported into the US.

American importers called it the Niger seed until the American Wild Bird Feeding Industry renamed it Nyjer over concerns that Niger was racist. This is even though the seed was named after the African nation of Nigeria where it grows. Another source says the name is from Niger, another African nation just north of Nigeria.

The Wild Bird Feeding Industry said the name change was necessary because buyers often got disturbed and confused when they saw the name. Buyers often mispronounced Niger like the n-word. This is even though Niger is pronounced “nee-jair” or “nye-jerr.”

The pronunciation problem later forced sellers to rename it “thistle seeds.” However, the new name soon proved detrimental to sales since people often mistook it for seeds of the infamous thistle weed. Some city councils even tried banning the sales after falling victim to the error. So, the American Wild Bird Feeding Industry opted for Nhjer.

For more lists like this, check out Top 10 Ridiculous Instances Of Censorship In Pop Culture, Top 10 Politically Incorrect Kids Books.