Some of you may recall that I wrote a list of a similar title regarding fantasy works before 1937. This is my follow-up. These are the stories that are never mentioned as the greats of modern fantasy, in spite of often surpassing the quality of their contemporaries. These are under appreciated, under-read or simply unknown pieces of fantasy literature. These are my top ten underrated fantasy stories (or series) published after J.R.R. Tolkien’s “The Hobbit”. And no, before you ask, I won’t be doing a similar list for science fiction works (all ten slots would be given to ‘The Iron Dream’, by Norman Spinrad).

10
The Stone Dance of the Chameleon
Ricardo Pinto 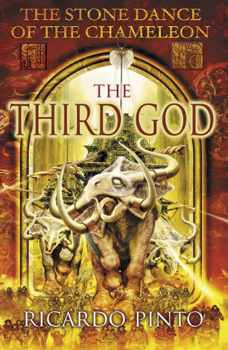 A high fantasy trilogy written in the past decade seems like a nice way to start off this list. At first glance, it seems like the sort of story that falls in with the rest of the modern genre. However, if one opens the books, you will find an emotional, political fantasy in a unique, (non-Medieval) setting, with sympathetic characters and numerous twists and turns. It’s the sort of book where you glance over details, only to realize five hundred pages into the next book that those details will change the outcome of the final battle. They are a pleasant surprise for any casual reader looking for something outside the mainstream. 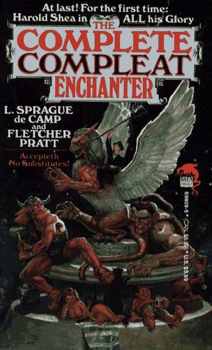 L. Sprague de Camp is one of those names in speculative fiction that often falls through the cracks in a list of influential authors, in spite of his great work in the science fiction and fantasy genres. Harold Shea is one of his greatest works. It details the titular character, a psychologist, who travels between parallel worlds where the mythologies of our world are the reality. Or he tries to, anyway. He doesn’t always get where he wants, but no matter where he ends up, it is worth the journey. After de Camp stopped contributing to the series, a number of other authors and collaborators continued, and spanned into a variety of fictitious worlds (such as Oz), as well. Certainly, an interesting series to explore. 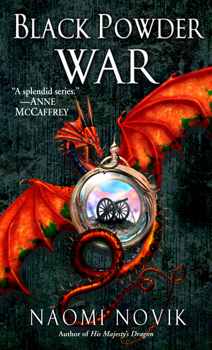 Probably the most ‘mainstream’ entry on this list, the Temeraire series, by Naomi Novik, is an alternative history of the Napoleonic Wars, following a British captain named Laurence. The main alteration to the timeline this story makes is the addition of dragons. Really, do you need to know more about the book? Napoleon with dragons. Her writing is good, her characters are engaging, the story is exciting – but it wouldn’t go anywhere without such a wonderfully entertaining premise. As an added bonus, Peter Jackson (director of Lord of the Rings) has shown interest in adapting the novels into a mini-series. 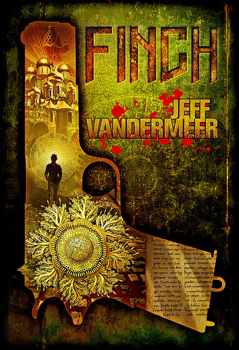 Jeff VanderMeer is best known, in the world of fantasy and science fiction, for his excellent anthologies of obscure subgenres, ranging from pirate fantasy to steampunk. This is a collection of his own short stories, set in one of the strangest (yet most beautiful) fictional cities in fantasy, Ambergris. While China Miéville generally overshadows VanderMeer in the genre, The Ambergris Cycle solidifies his place as a great name in New Weird. An excellent read for anyone who enjoys exploring a new setting, or is simply a fan of any fantasy that feels more than a little strange. 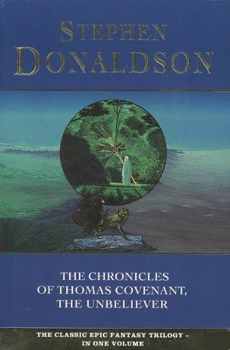 This is a prime example of a series that is both a classic fantasy story and a deconstruction of it at the same time. Thomas Covenant, as the title may suggest, is an ‘unbeliever’, a cynical leper who spends more of his time doubting the alternative world he is in, and the magic that surrounds him, than he does saving it. And at times, you might doubt it all, too. The story is, of course, fantastic and his writing also excels. The series consists of three ‘chronicles’, the first two are trilogies and the last is a tetralogy (the final book will be published in 2013).

5
The Books of Abarat
Clive Barker 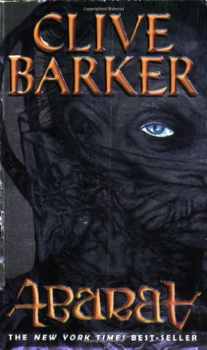 Horror fans will almost certainly recognize the name. Clive Barker is one of the greatest horror authors of the modern day, ranking alongside such names as Stephen King, and is perhaps most famous for his contribution of the “Hellraiser” series to the horror canon. The Books of Abarat is a series of young adult fantasy, surprisingly light given the author’s background, with a unique world featuring the islands of Abarat. There are twenty-five unique islands, each representing an hour in the day (as well as a twenty-fifth hour) that provide an engaging fantasy adventure sure to be loved by any fan of the genre. What makes this series so spectacular, though, is the artwork. Barker, before even starting the first book in the series, painted over 300 pieces relating to his world. 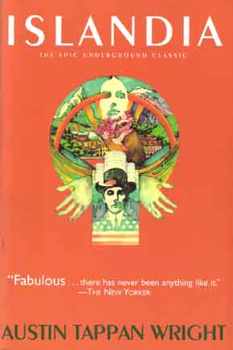 This utopian novel is arguably not really ‘fantasy’, due to the lack of any magic or fantastic elements to speak of; indeed it even takes place on Earth. The story itself is simple, following a Harvard graduates as he learns about the culture of Islandia, a small nation on the Karain continent (near Antarctica). That’s really about it. What makes this novel stand out, however, is the nation itself. Islandia is arguably the most well constructed worlds in fiction, rivaling only Middle Earth itself. The history, the culture, the language, the maps – it is truly a magnificent achievement in an art almost exclusive to fantasy, and well worth a mention on this list. 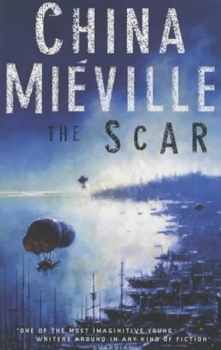 Perdido Street Station, The Scar and Iron Council – while only loosely connected otherwise – are three novels set in the Lovecraftian, steampunk world of Bas-Lag. His writing is sparing where others might be frivolous, while grotesquely descriptive where most would simply fade to black. His political background has a heavy influence on his stories, as well, and his stories benefit greatly from this, making them some of the most meaningful fantasy stories in the market today. Miéville is both engaging in terms of the stories he tells, while also provocative in regards to his message. While each of the stories follows a different set of characters, all three are incredible reads that are certain to exceed the expectations of the average fantasy reader. 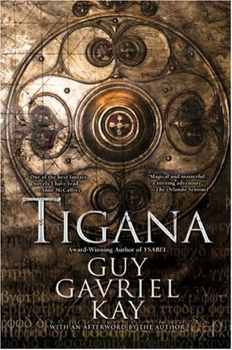 Guy Gavriel Kay is the modern master of fantasy. His novels take a piece of history – often one far less explored in fantasy – and makes it his own, adding to it a mastery of fantasy prose he gained while editing “The Silmarillion”, with Christopher Tolkien. Tigana, perhaps his best work, takes place in a world much like medieval Italy during a time of two tyrants. The story is one you have seen before, with rebels fighting those who run their homes, but the characters and setting are so rich and complex that it borders on literary fiction. 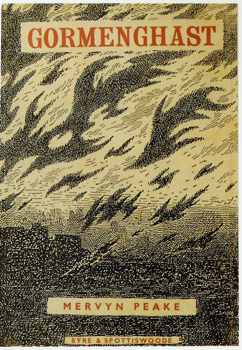 This one should not be a surprise to any of you. Gormenghast, the incomplete series following the life of Titus Groan, is inarguably the greatest piece of fantasy literature in modern history, perhaps even exceeding Tolkien himself. As with a couple of examples above, this story contains no magic. The books follow the heir to the Groan throne, although the first takes place during his infancy, named Titus as he grows in the Earldom of Gormenghast, and later explores the world outside it. Some even claim the third book, Titus Alone, to be a precursor to the science fiction subgenre of steampunk. It is a book that has influenced modern fantasy nearly as much as the contemporaneous Lewis and Tolkien, yet is by far the most under appreciated.